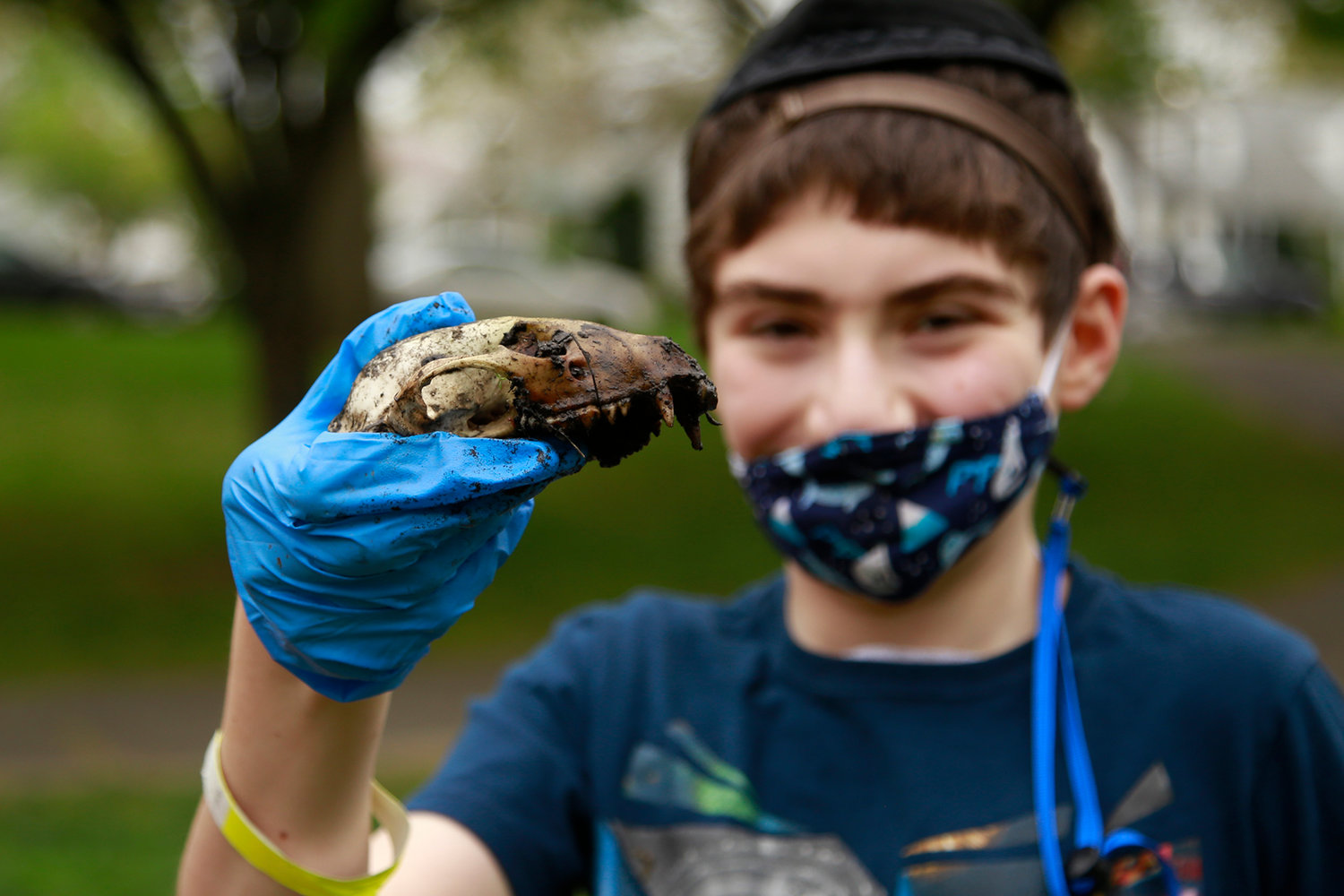 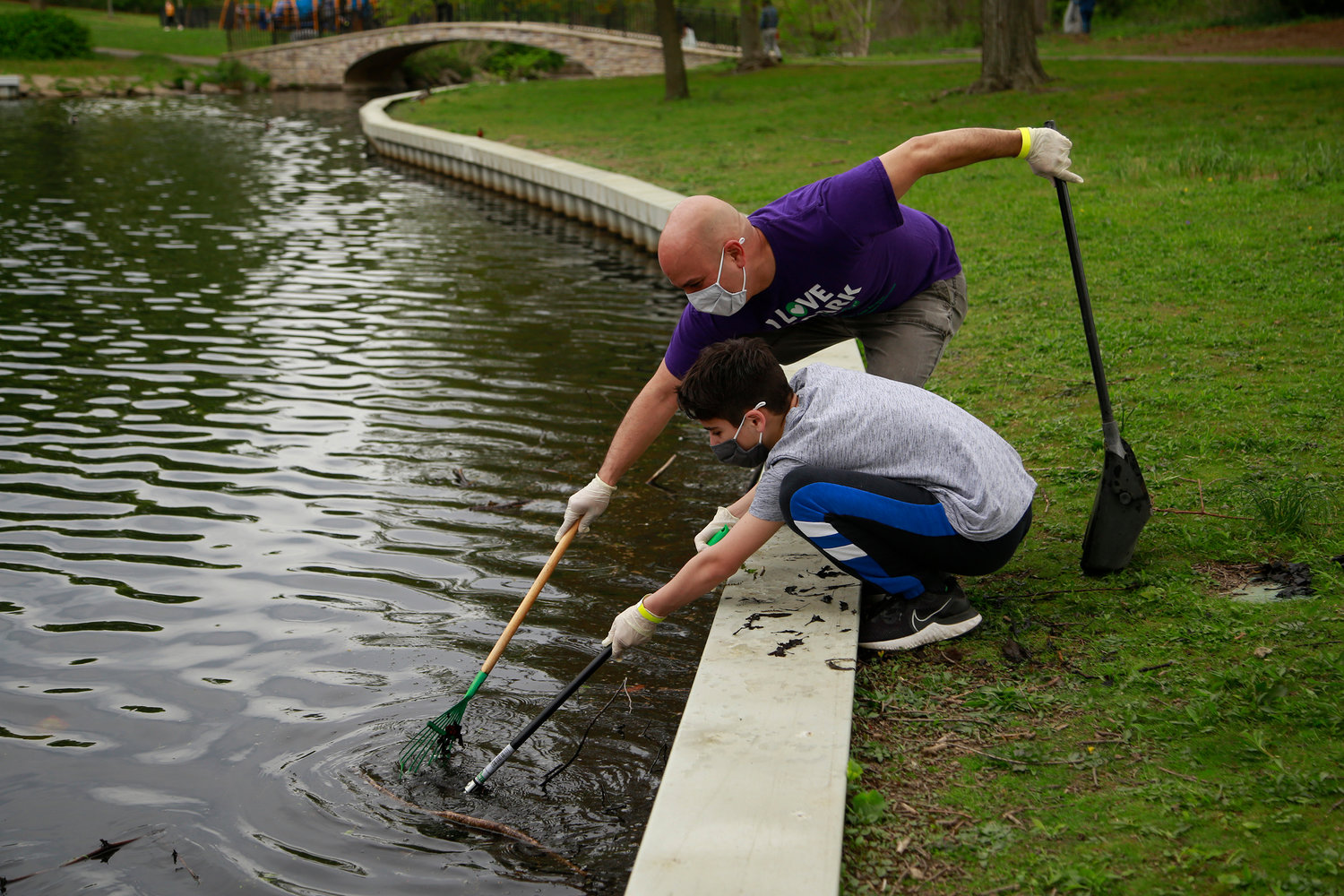 Volunteer Logan Shinsato, 12, and his father, Ivan, teamed up to loosen a pile of debris in the pond.
Sue Grieco/Herald 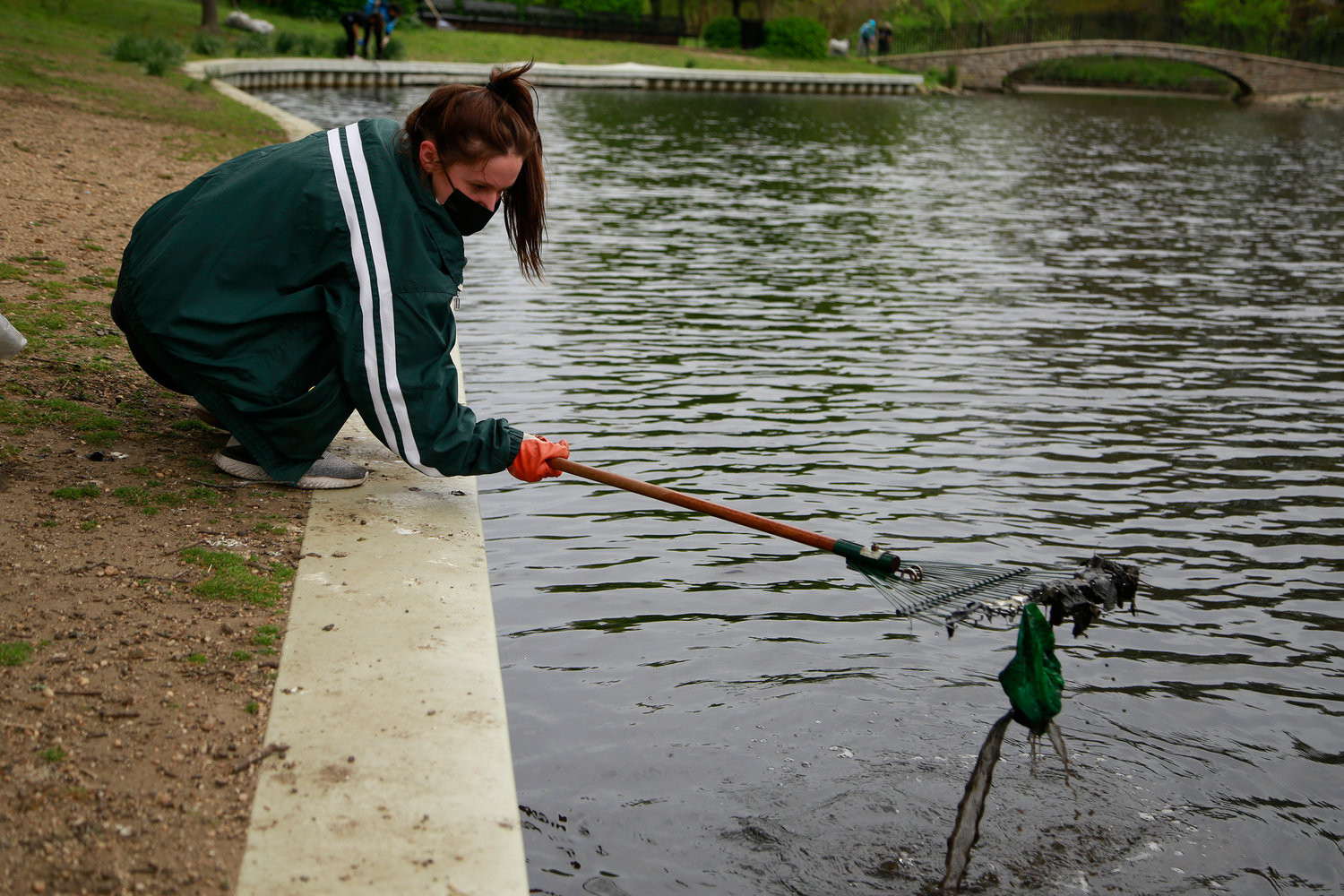 Jessica Benitez, of Merrick, joined the cleanup to help out a friend.
Sue Grieco/Herald 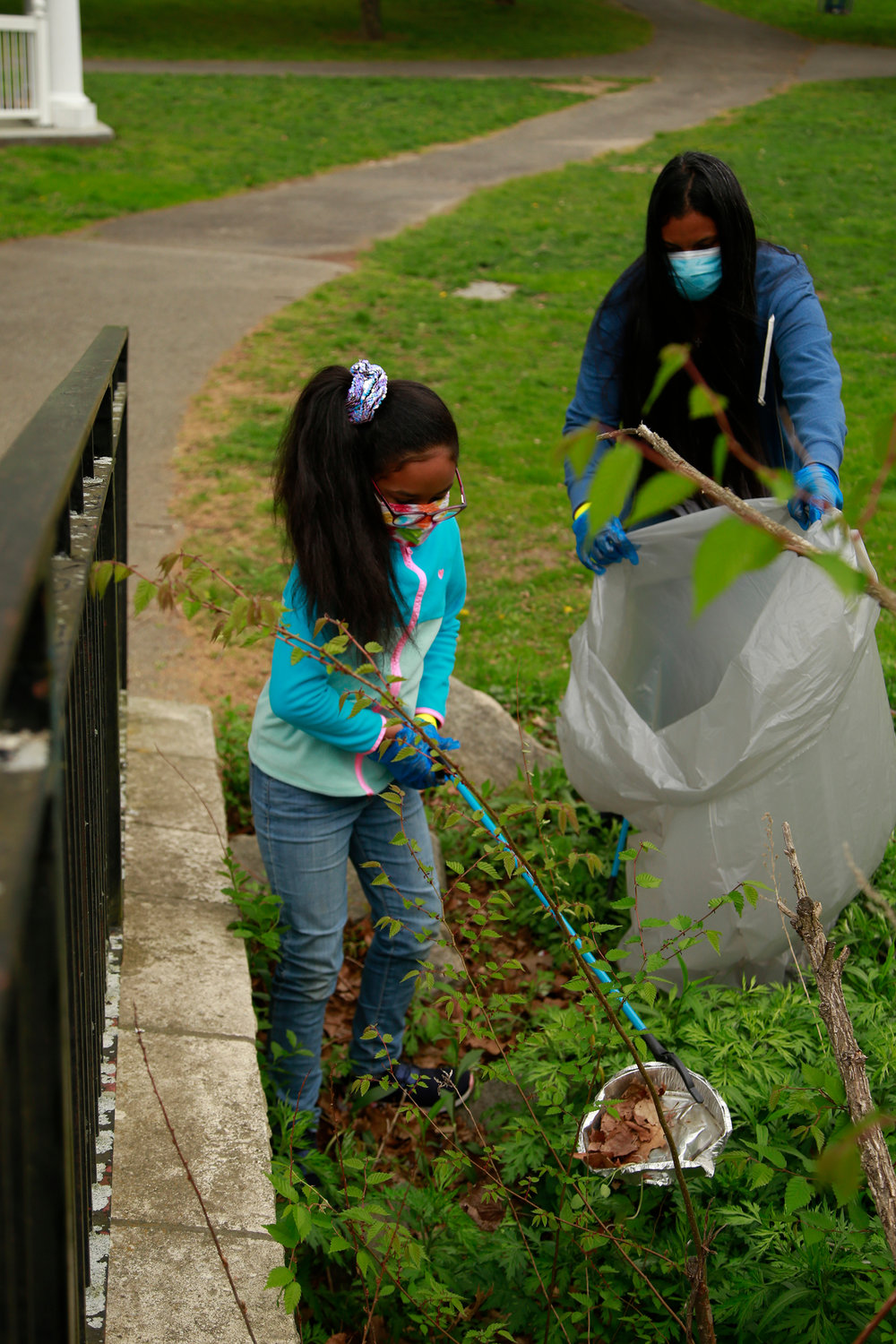 More than 40 volunteers gathered at Hall’s Pond Park in West Hempstead for the West Hempstead Community Support Association’s annual cleanup at the park on May 2. Several community groups along with local elected officials such as County Executive Laura Curran and Deputy Parks Commissioner Andrew Goldstein teamed up to collect trash.

“The residents that helped were all eager to help and said they love our small town,” said West Hempstead Community Support Association President Maureen Greenberg.

Among the community groups to join the cleanup were activists with Long Island Orchestrating for Nature, also known as LION, an animal advocacy nonprofit. LION President and Founder John Di Leonardo, of Malverne, said the group rescued an injured duck who was attacked by two other ducks.

“We also had to call the police on two fishers who were not only illegally fishing at the park, but also illegally feeding the ducks bread, which both pollutes the water and causes malnutrition in the ducks,” Leonardo said.

Leonardo also said that while fish are now known to feel pain as acutely as mammals do, more fish are killed for food each year than all other animals combined. “Fishing doesn’t just hurt fish,” he said. “Every year, millions of birds, turtles, and other animals suffer debilitating injuries after swallowing hooks or becoming entangled in fishing line, including many we’ve rescued at Halls Pond where it’s illegal to fish.”

Greenberg said that the county’s dump truck was filled with trash from the park by the end of the cleanup.