Returning to LIIFE on the big screen 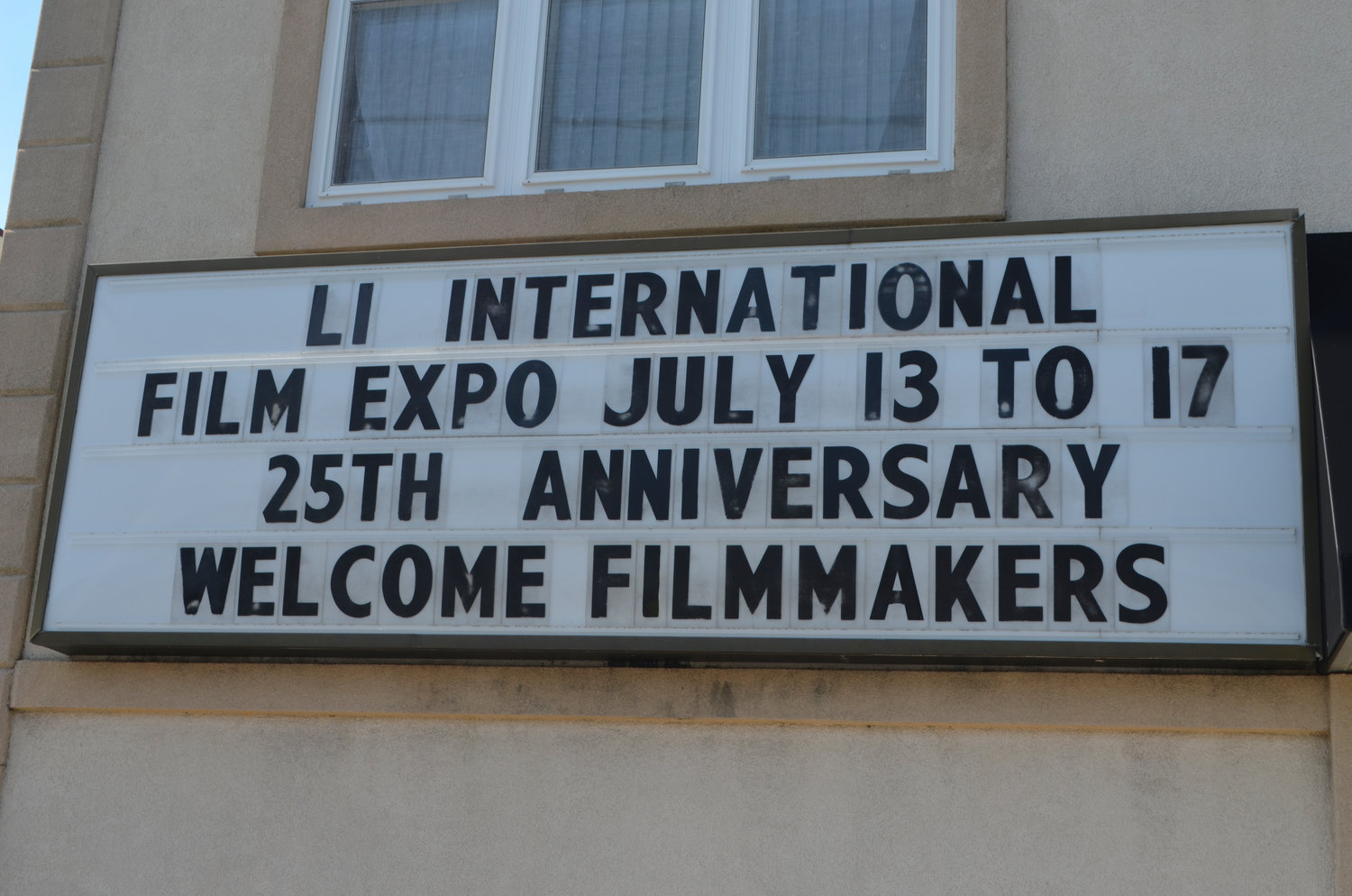 Bellmore Movies & Showplace hosted the 25th year of its Long Island International Film Expo, attracting filmmakers and audiences from across Nassau County and beyond.
Tim Baker/Herald 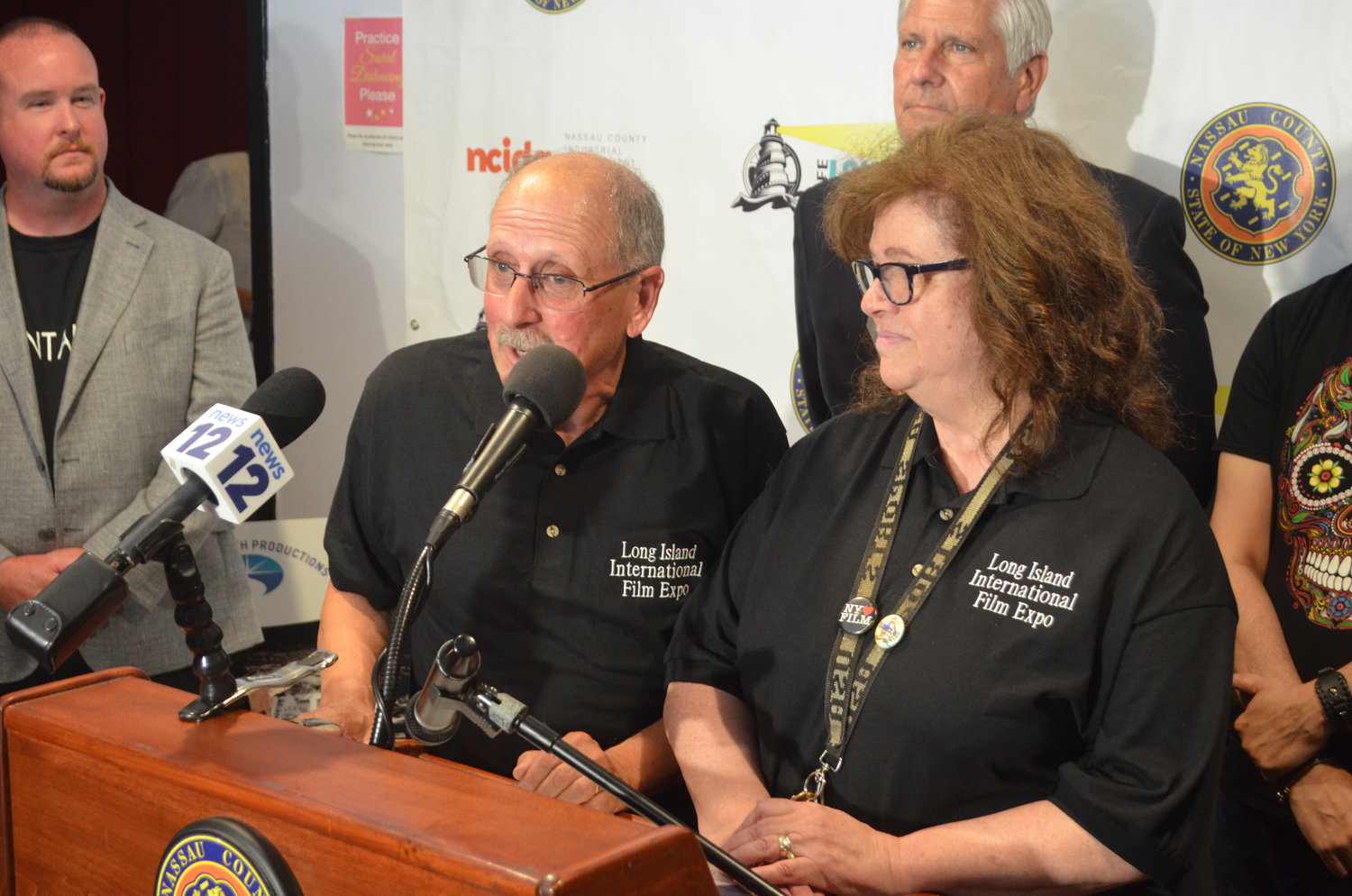 Henry and Anne Stampfel, owners of the Bellmore Movies & Showplace — and co-creators of the Long Island International Film Expo — said they were grateful to see the event come together once again.
Tim Baker/Herald 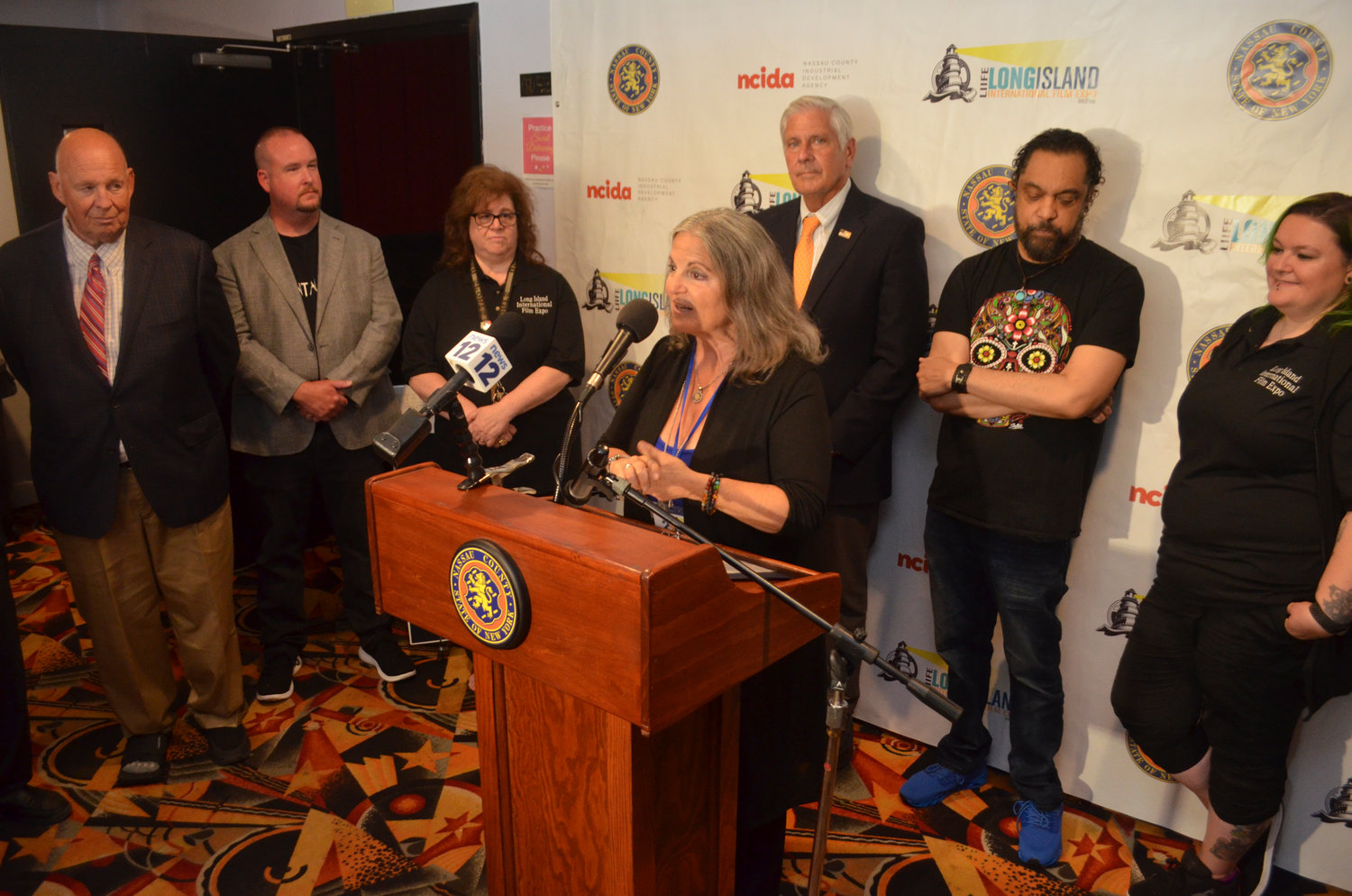 Debra Markowitz, co-creator of the Long Island International Film Expo, said she was thankful for the support the program receives annually from sponsors.
Tim Baker/Herald
Previous Next
How you can watch ‘Montauk 77’

‘Montauk 77,’ a dramatic comedy by Michael and Michayla Scully, was picked up by Gravitas Ventures, an independent film distributor, and will be released Aug. 30 through video on demand as well as streaming platforms like iTunes and Amazon Prime Video.

To learn more about the film that was featured at the recent Long Island International Film Expo, visit Montauk77Film.com.

Anyone interested in submitting a film to be considered for next year’s festival, visit LongIslandFilm.com.

A tight-knit community, of neighbors supporting neighbors means everything to independent filmmakers. That feeling was abundantly clear last week at the Bellmore Movies & Showplace with the Long Island International Film Expo.

Now in its 25th year, the expo returned to the 107-year-old cinema on Bellmore’s Pettit Avenue on July 13, having already established itself as a well-respected festival in the independent film community.

The expo — more commonly known as LIIFE — was co-created by Debra Markowitz and Henry Stampfel from the Long Island Film/TV Foundation, along with Stampfel’s wife, Anne.

The Stampfels own Bellmore Movies as well as a sister theater, Malverne Cinema.

“We’re so proud of what we put together,” Markowitz said, “and how it’s grown.”

The expo featured more than 120 films — some produced by Long Island filmmakers — as well as many more from across the country and around world. Films and documentaries of all genres were shown through July 16.

The expo has been hosted at various venues since its inception at Hofstra University, Nassau Community College, and even Malverne Cinema on Hempstead Avenue. For the past 15 years — with the exception of 2020 because of the coronavirus pandemic — Bellmore Movies has hosted the expo.

First opened in 1915 at 222 Pettit Ave., Bellmore Movies boasts a single screen with a stage, proving a cozy venue for filmmakers to interact with audiences during post-screening Q-and-As. Directly north of the Bellmore Long Island Railroad station, film buffs travel in from New York City and other parts of the island just to attend, Markowitz said.

The expo also attracts celebrities — actors from films and television series who are not only supporters of LIIFE, but filmmakers themselves. Lukas Hassel, best known for his role as Elias VanDyke on NBC’s “The Blacklist,” was in attendance this year, speaking about the importance of movie festivals like LIIFE.

“Filmmaking is hard,” he said. “It’s one thing if you have a studio backing you with $200 million and celebrity actors, but independent filmmaking is really hard. It’s all about reaching out to your colleagues, to your friends, to your community. This festival — the Long Island International Film Expo — is an example of how important it is to build a community.”

For filmmakers like Michael Scully — who created the dramedy “Montauk 77” with his 15-year-old daughter Michayla — being back on Long Island was the perfect way to wrap up nearly a year’s worth of festivals. Scully, who lives in Levittown, says he’s been making short films for nearly 20 years, and was encouraged by his daughter to take the plunge into creating a feature film — which they ended up writing and starring in together.

“What I’ve learned over the last year is that you need communities like this to reach out and put these events together,” Scully said. “They’re very important to young artists. And older artists like myself.”

Filming during the pandemic was a challenge, Scully noted, but it was his neighbors and friends that helped bring the film together.

The Stampfels, who say they work nearly every day of the year to plan the expo, were grateful to host it once again in a building many moviegoers have come to love.

“It’s not an official historic site, but it is to us,” Henry said. “This takes an entire year. When we’re done with this, we take a break for like 30 days, and then we go back to plan on our next one. This is the 25th year, and we hope to go another 25 years.”