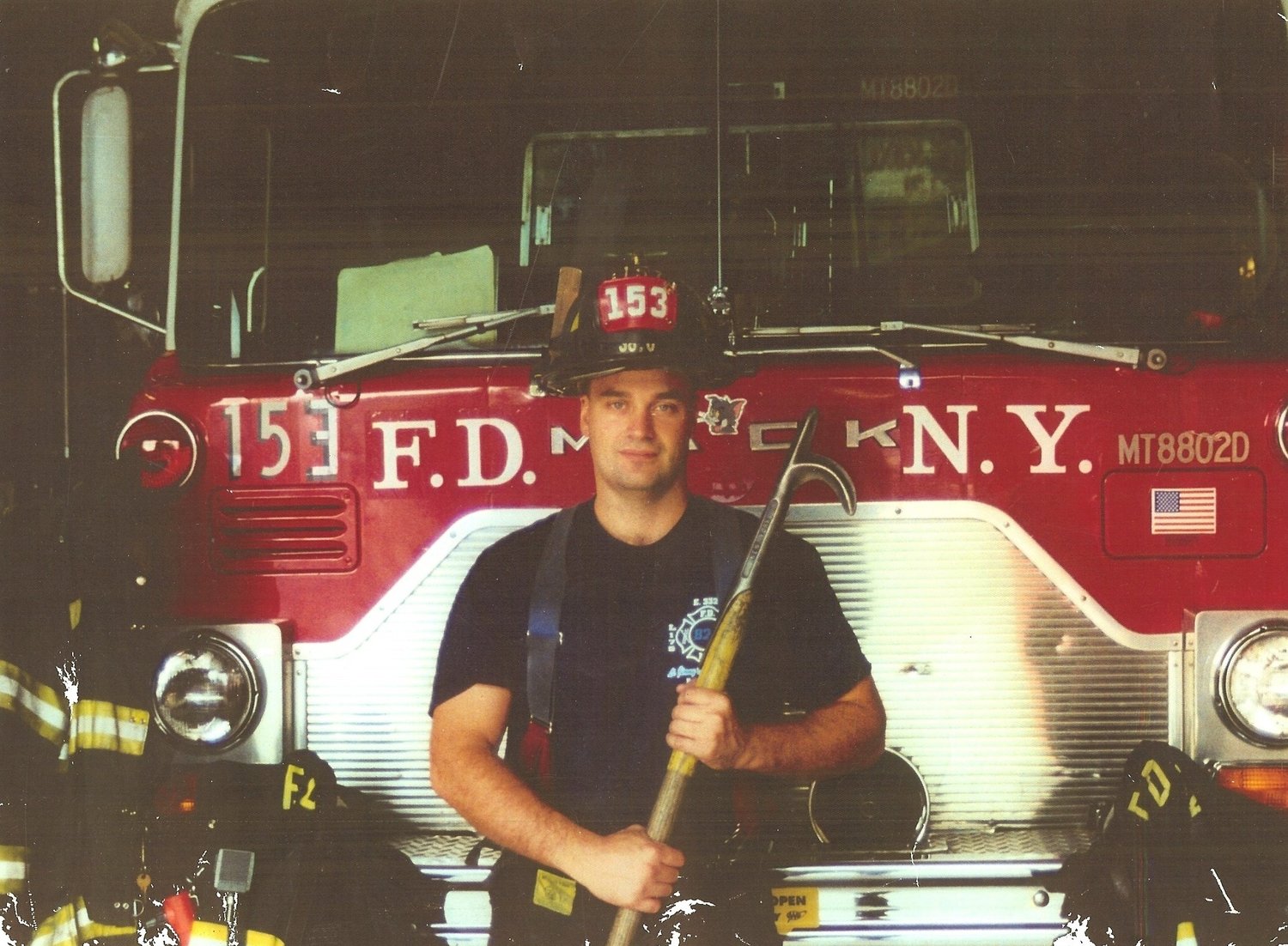 FDNY firefighter Stephen Siller, who grew up in Rockville Centre, died in the World Trade Center on Sept. 11, 2001. His brother, Frank, is walking 537 miles in his honor.
Courtesy Tunnel to Towers Foundation 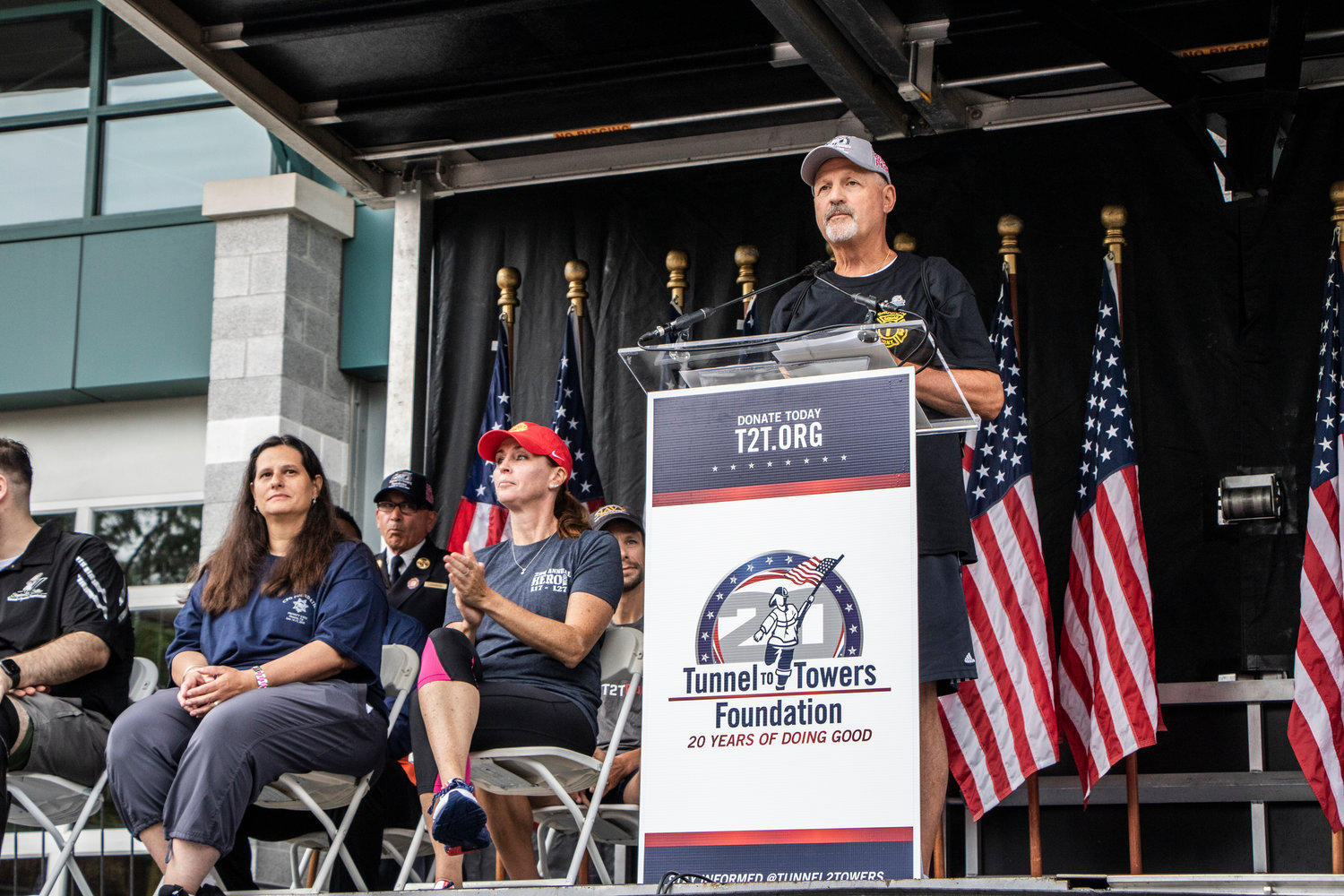 Frank Siller said it was important to him to keep his brother’s memory alive, as well as those of everyone who died on 9/11 and in the years following from diseases related to working at ground zero.
Courtesy Tunnel to Towers Foundation 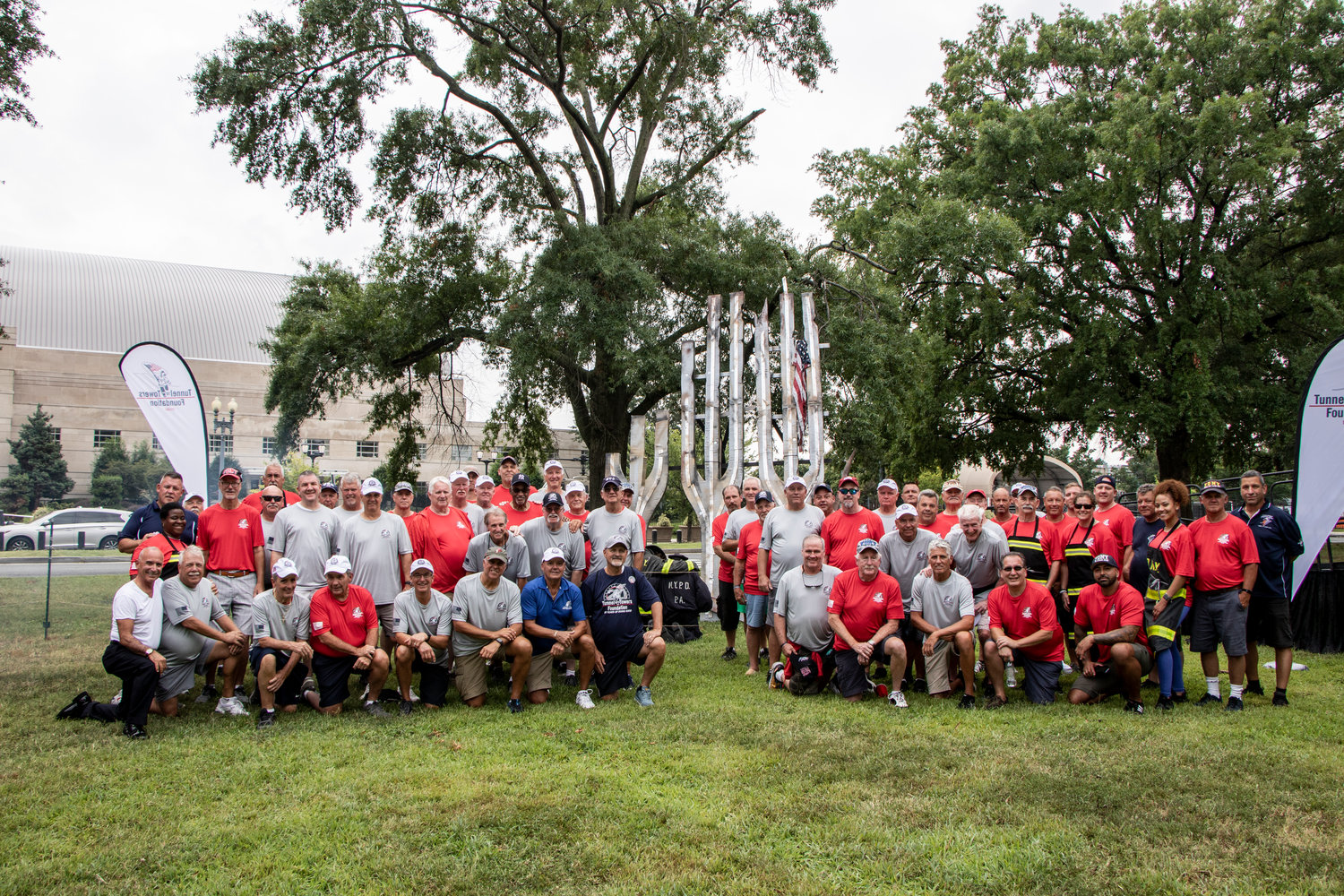 Frank Siller can recall sitting at a kitchen table with his siblings and other family members on Sept. 11, 2001, glued to the television as they collectively realized that Frank’s younger brother, Stephen, wasn’t going to return from the World Trade Center.

The brothers planned to play golf that day, but Stephen, 34, a New York City firefighter working for Squad 1 in Brooklyn, was on his way home from working a night tour when he heard what was happening, turned his car around and headed back toward the twin towers. Frank said he believes his brother died in the collapse of the south tower, though his body was never found in the rubble.

In honor of Stephen and all those who lost their lives that day and in the years afterward, to cancers that resulted from their work at ground zero, Frank is taking part in the six-week-long Never Forget Walk, a 537-mile trek from the Pentagon to the World Trade Center. The endeavor will benefit the Tunnel to Towers Foundation, which Frank and his family created in Stephen’s honor.

“I decided to do this because I wanted to do something special for the 20th anniversary of 9/11 that would shine a big light on what happened,” Frank Siller said. “Our first mission at Tunnel to Towers is that we never forget, and we honor the sacrifice.”

The Sillers grew up in Rockville Centre. Stephen was the youngest of Mae and George Siller’s seven children. George died when Stephen was 8, and Mae died a year later, leaving Stephen’s siblings to raise him. He moved to Staten Island as an adult, where he and his wife, Stacy, raised five children. Soon after his death, Frank started the foundation with his sisters, Janis, Mary and Gina, and his brothers, George and Russell.

Frank arrived in Washington on July 31, and the following day he led a parade of about 400 marchers, most of them first responders and their families, to the laying of a wreath at Arlington Firehouse Co. No. 5 in Washington to start the walk. He made it to Winchester, Va., last weekend, and planned to make stops in Cumberland, Md., this weekend; Shanksville, Pa., where United Flight 93 crashed on Sept. 11, Aug. 20-21; Hershey, Pa., Aug. 27-28; Easton, Pa., and Morristown, N.J., Sept. 3-5. He hoped to walk through the Brooklyn-Battery Tunnel on Sept. 11, retracing the route of his brother, who ran through the nearly two-mile-long tunnel, carrying his firefighting equipment, 20 years ago.

Throughout his walk, Frank, 68, planned to honor wounded veterans and first responders and to host barbecues and parades. He trained for 15 months, he said, and mapped out his journey move by move. He intended to walk 12 to 16 miles per day to make it to the World Trade Center by Sept. 11.

He described his brother as a “productive, hard-working person” who was selfless in his actions and drawn to firefighting because of the camaraderie between firefighters.

“It did not surprise us, as a family, when we found out that he ran through that tunnel on that fateful day,” Siller told the Herald while walking in Virginia. “He died the way he lived: for others."

Frank’s sister Mary Siller Scullin, the chief administrative officer of the Tunnel to Towers Foundation, said that the organization had taken care of those serving in the military who were injured, and families of fallen first responders, in the years since Stephen’s death.

“This is how we honor our brother’s selfless sacrifice and all those lost on 9/11,” Siller Scullin said. “As a family, we’ve chosen to transform the evil of that fateful day by doing good.”

The foundation pays off the home mortgages for families of those who have died in the line of duty, and has closed on 443 homes as of this year. Before turning his attention to the foundation full-time, Frank Siller was an entrepreneur and built houses across the country, and with the help of generous donors, a dedicated staff and dozens of volunteers, Tunnel to Towers has assisted many families in need over the course of nearly two decades.

“Frank’s walk is so important for people to remember the sacrifices that Stephen Siller, and everyone else who was killed at the World Trade Center, made,” Former New York City Fire Commissioner Sal Cassano said. “I’m worried that people are starting to forget those sacrifices made by our first responders and their families almost 20 years ago — and are still making due to the illnesses contracted by their work at the World Trade Center. We must never forget.”

“We lost 2,977 lives 20 years ago,” Siller said, “and there’s a lot of people in America forgetting about it, and they’re not telling their children. We need them to tell their children. We don’t want this to happen again. There are 7,000 families left behind from over 70,000 heroes. I think most Americans go about their day without even recognizing the sacrifices made by so many individuals and so many families.”

To learn more about the Tunnel to Towers Foundation, go to t2t.org.