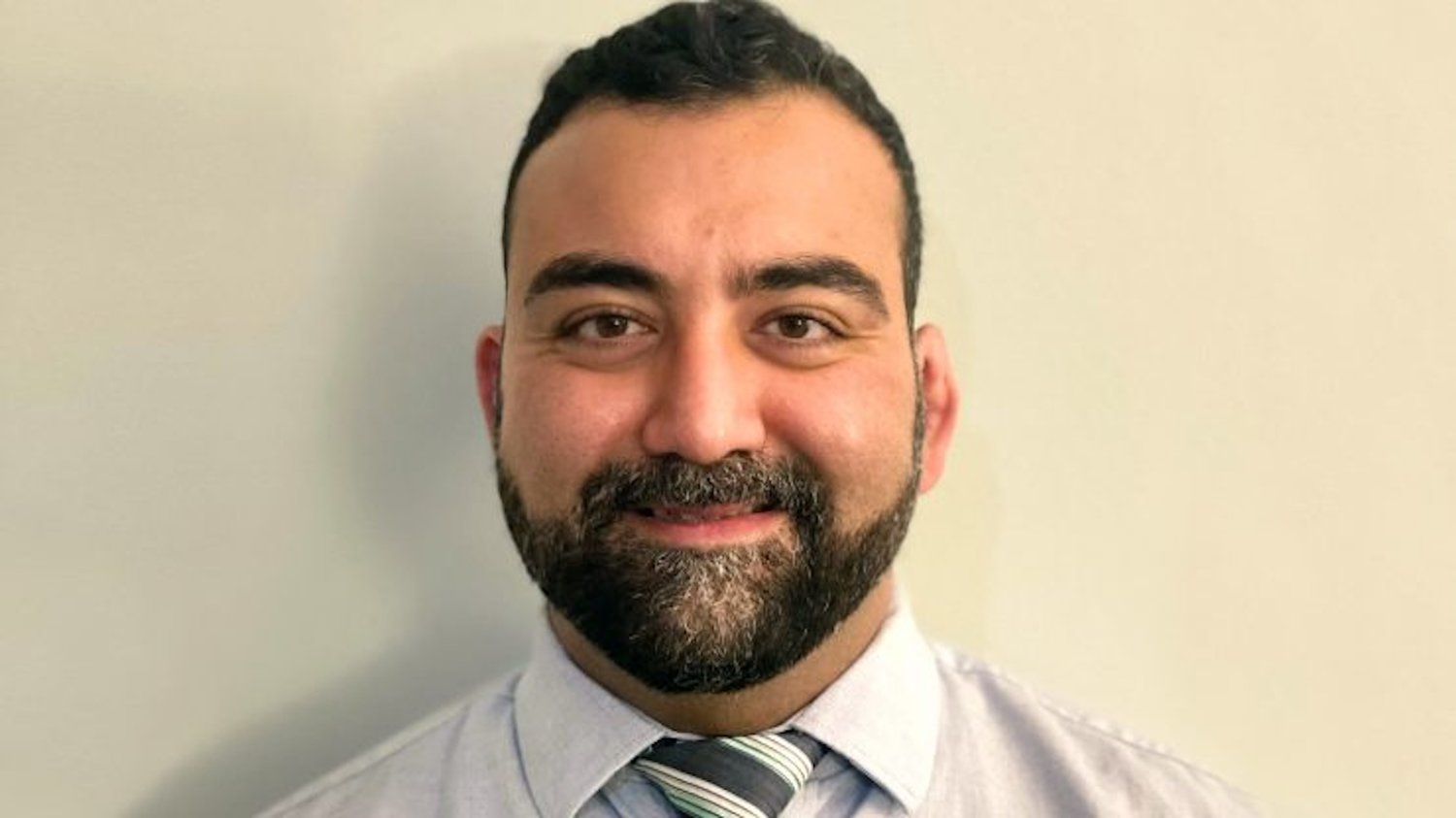 Joseph Amnawah said that for as long as he can remember, he has wanted to help people. It was that drive that led him to becoming a psychiatric nurse practitioner, and to him becoming a 2021–23 national Jonas Scholar at Adelphi University.

“It was a huge honor,” Amnawah said. “The research isn’t really going to change, it was more like they got behind the research I wanted to do, so the college got behind me.”

Amnawah’s research involves finding ways to increase mental health awareness in school nurses. He said that during his time working as a per-diem fill-in nurse at various schools in Queens, he noticed that many children suffered from mental health issues, whether it be stress from being in class and studying, from bullying, cyberbullying, from pressure from parents or anything else, and he believed that arming nurses with more knowledge about mental health issues in children and teens could go a long way toward helping them.

“My long-term goal is to end the stigma of mental illness, especially in children and adolescents,” Amnawah said, “and to really train more people to recognize the symptoms.”

He added that a major initiative he hopes to complete is to educate and train more school nurses and create interventions within the school systems where the nurses can step in to help students battling anxiety, depression or any other mental ailment. He said his wife, Stephanie, is the assistant principal at a school in Queens, and sees many children not doing well because there is a lack of access to anyone that will listen to them.

With the help of the Adelphi scholarship, Amnawah, 36, will now receive new funding to aid his research. Launched in 2008, the scholarship program is sponsored by Jonas Nursing and Veterans Healthcare. It invests in high-potential doctoral nursing students whose areas of clinical focus and research address some of the nation’s most pressing healthcare needs. Scholars in the program are expected to focus on one of the following areas: environmental health, psychiatric-mental health, vision health or veterans health, and Amnawah will focus on psychiatric-mental health.

Amnawah was a physical therapy major at Northwestern University and received his bachelo’rs in rehabilitation science there. He then became a certified emergency medical technician in the Bronx and in Mount Vernon in Westchester County, and continued to pursue employment in the health care field, though he was not certain what he wanted to do with it. When he became an EMT, he spoke with several nurses at various hospitals and decided to go to St. Paul’s School of Nursing in Queens, where he received an associates in nursing. He then earned his master’s in science at Molloy College, with a focus on psychiatric nurse practitioner and became board certified to treat anyone at any age. He is now pursuing his PhD at Adelphi, while also working as as a child and adolescent psychiatric nurse practitioner in the comprehensive outpatient behavioral service program at South Oaks Hospital-Northwell Health in Amityville

He said that growing up, he was interested in science and health and that he wanted to spend his life doing something rewarding, and that  he finds psychology fascinating.

He said he was drawn to psychology because of the interesting elements it provides, such as seeing how the mind works or figuring out invisible illnesses. “You’re like a detective almost,” he said.

While working as an EMT, he said, he frequently road in the back of ambulances with psychiatric patients and said he was never attacked or felt like he was in danger, but he would enjoy having conversations with them so he can hear their stories and help them with their struggles.

Ultimately, Anawhah said, he hoped his research would lead to the ability to train nurses about how to identify the signs and symptoms of mental illness and make them aware so that they can provide information to students about nearby clinics for help and escalate any issues to gudiance counselors and principals.

“A lot of times kids go to the school nurse and are being brushed aside or sent back to the classroom,” he said, “but they could do a screening or questionaire to get the conversation going and hopefully alert parents or educators if they are thinking about hurting themselves. That’s the goal.”