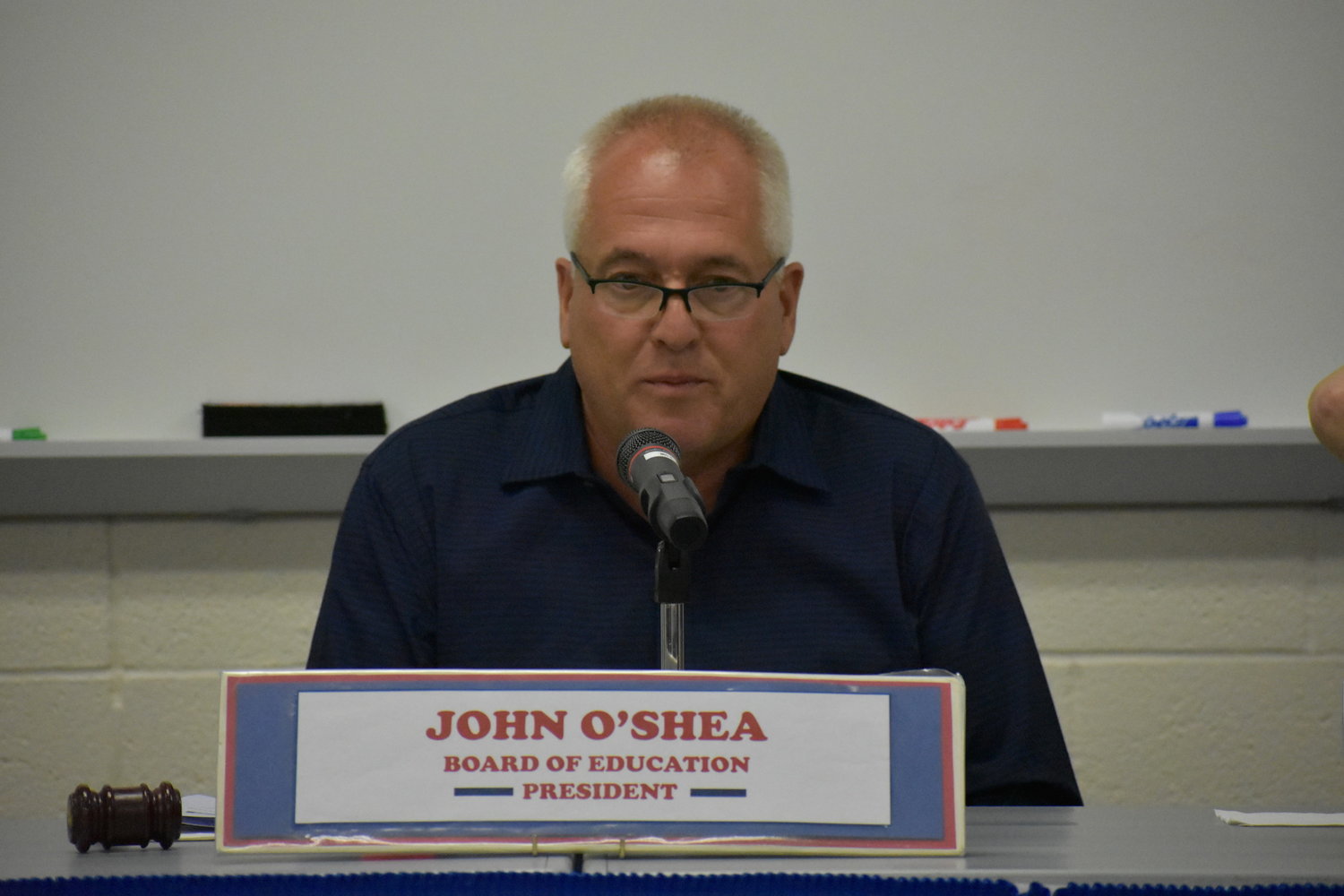 Rockville Centre Board of Education President John O’Shea did not say whether the district would vote on whether to lift the mask mandate for students.
Herald file photo
By Cristina Arroyo, Scott Brinton and Mike Smollins

The debate over masking children in schools has intensified in Rockville Centre since County Executive Bruce Blakeman held a news conference on Jan. 6, at which he signed executive orders directing local boards of education to vote later this month on whether their district should mandate mask use.

The order also lifted the mask mandate for all county agencies and the state’s temporary mask mandate in public places.

Blakeman’s move has been met with mixed reviews from local parents, some of whom said they were uncomfortable sending their children to school without face coverings, while others said they believed parents should have a choice when it comes to mask use.

Responding to a Herald inquiry on Facebook, resident Mike Boranian expressed shock over Blakeman’s announcement. “I’m kind of surprised Blakeman, who only won by 3,000 votes or so, is going down this road,” Boranian wrote. “Another one-term county exec on the horizon.”

In an email to the Herald, Sarah Horvitz shared a letter she wrote to the school district’s acting superintendent, Robert Bartles, and the board, in which she questioned Blakeman’s authority to outlaw the mask rule and urged the board not to consider it.

“While I believe any steps taken to remove masks from children in schools at a time when the county positivity rate is over 26 percent strikes as an effort to force remote schooling and [is] highly irresponsible in light of that,” Horvitz wrote, “an additionally critical question is whether or not a district would be subject to fines and penalties, and issued by whom, for selecting to abide the competing directive in favor of weakened standards in protection of community health.”

In response to the inquiry on Facebook, Sid Bream offered a different take, saying he believed it was time to lift mask mandates. “RVC and New York for that matter needs to wake the hell up,” Bream wrote. “This isn’t about a virus, never was.”

Blakeman’s orders read in part, “[G]iven the historical data on Covid-19 and the ongoing debate over whether masks are more harmful than beneficial to children and to school environments in general, we should protect the freedoms and statutory rights of students and parents by resting with the parents the decision whether their children should wear masks in school.”

School boards, the orders continue, must vote “to determine whether or not parents and children should be granted the constitutional right to reject mask mandates while in the classroom.”

The orders add, “More than half of all states in the nation have no set policy on masking at educational institutions, leaving the decision up to local governments to decide when and how to enforce mask mandates.”

“Counties do not have the legal authority to require boards of education to vote on specific issues,” Rosa added. “School officers take an oath to obey all legal requirements. The State Education Department expects school boards will follow all legal requirements, including the face-covering regulation.”

William Biamonte, chief of staff of the Nassau County Legislature’s Democratic minority, said, “When ideology trumps science and politics are prioritized over the common good of society, our most vulnerable residents stand to suffer the most. County Executive Blakeman can say that ‘Nassau is normal again’ all he wants, but as Omicron continues to spread like wildfire and hospitalize more children than any other Covid variant to date, this is a recipe for disaster.”

Blakeman’s orders come at a time when Long Island’s Covid positivity rate is spiking at more than 25 percent — the highest in the state — and a growing number of school districts are reporting increased transmission of the disease, with some, such as Long Beach, being forced to close some schools because of staffing shortages. Hospitalization rates are rising as well.

In an email to the Herald, Kristin Schwab, who identified herself as a physician and a Rockville Centre resident, said that science proves that masks are effective against the spread of the coronavirus, and noted that the U.S. recently surpassed 1,000 pediatric deaths from Covid-19, which is now one of the country’s top 10 causes of pediatric deaths.

“Mr. Blakeman has no authority to overrule what has been declared public health law during what is a public health emergency,” Schwab wrote. “His political theatre and his pandering to his base is not only pathetic, but dangerous as well. Even if Omicron proves to be less severe, it is more contagious and is infecting more people than ever before.”

Jeff Bessen contributed to this story.