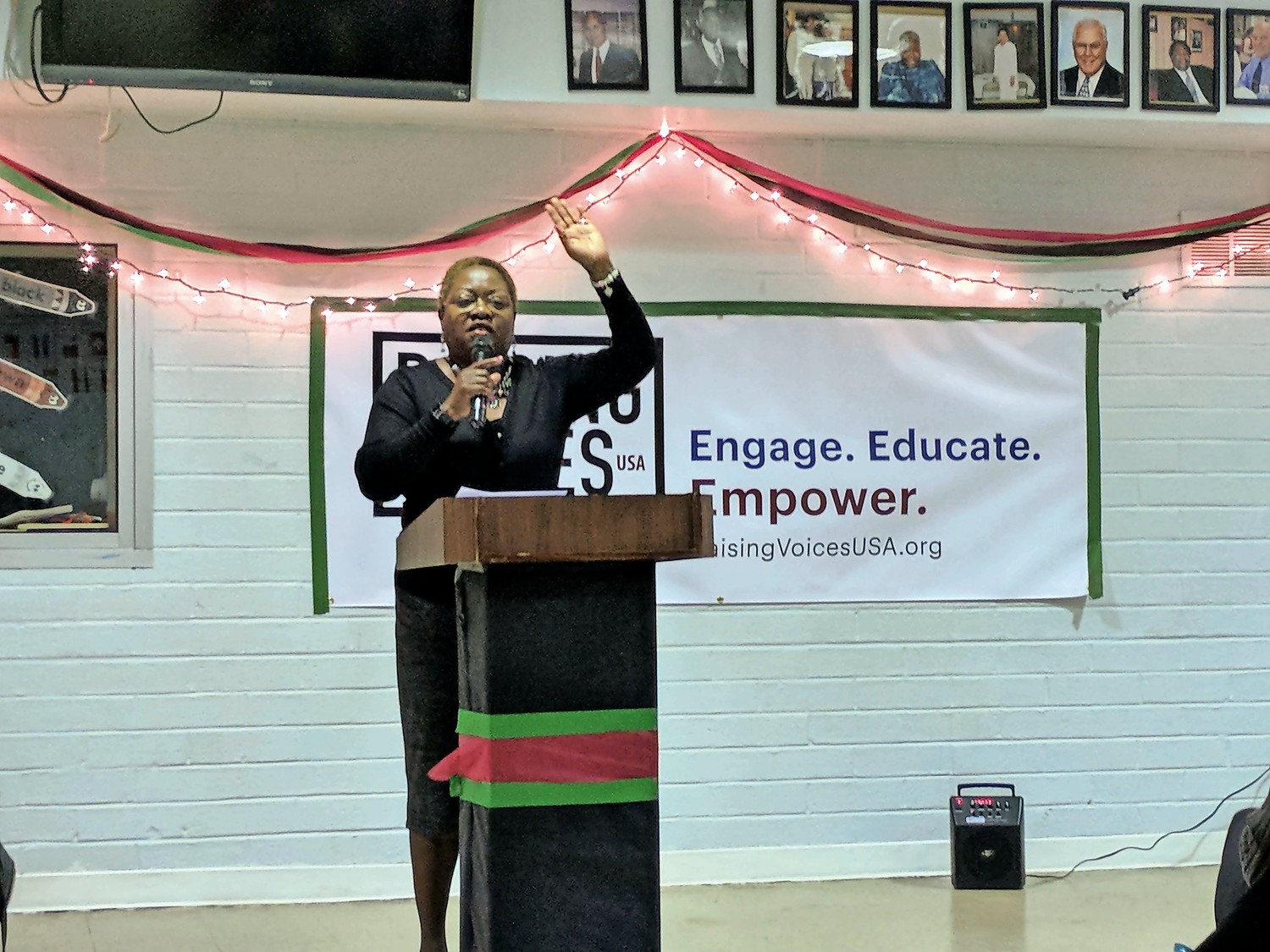 Gathered in front of Rockville Centre residents of varying ages and races, Theresa Sanders, president and chief executive officer of the Urban League of Long Island, delivered a speech on racial equality on Long Island.

The Feb. 27 discussion, held at the village’s Martin Luther King Jr. Centre, was hosted by Raising Voices USA, a Rockville Centre advocacy group led by co-founders Emma Travers and Cindy Vaupel, talked about how the black population in Long Island is rising, yet there is still inequality.

The Urban League, founded in 1974 according to chairwoman Lois Cooper, aims for equal employment, education, housing and healthcare accessibility for African-American residents.

“We are all interconnected,” Sanders said. “It doesn’t matter what your race, age or gender preference is, because if one group is not doing well then none of us are going to reach our true potentials.”

Sanders referenced an April 2017 study by Tracey Ross, of the national research and action institute PolicyLink, called “Empowering Black Long Island: How Equity Is Key to the Future of Nassau and Suffolk Counties.”

The country would gain $23.5 billion in gross domestic product if there was racial equity, according to Ross’s study, which would mean an average annual income increase of $23,500 for African-American Long Islanders — a population that has risen by 13 percent since 2000, they study states.

Additionally, the study found that there is a current wage gap of $8 per hour between college-educated blacks and whites.

Sanders said it all starts with education, because uneducated black people spawn “a vicious cycle” that leads to generations of uneducated family members.

The Urban League, Sanders added, urges people to speak up, not complain, but attend meetings and rallies whenever possible. She alluded to this as “the spirit of advocacy,” pointing out that the greatest movements in history started with young people.

“The evidence of our advocacy in a democratic society is our ability to put leadership in and take leadership out,” said Sanders. “That’s the American way.”

Rena Ryback, co-chairwoman of Raising Voices’ unity and diversity committee, mentioned that the group is launching an anti-racism project this fall. The project is to be a lengthy process of challenging discussions held in a safe space where guests can openly speak on racism and become educated about it from others.

“The main thing to take away is equality and diversity; we have to accept change and unify the community as a whole,” said Sharon Sheppard, assistant director for the MLK Center. “You shouldn’t be judged by your color.”