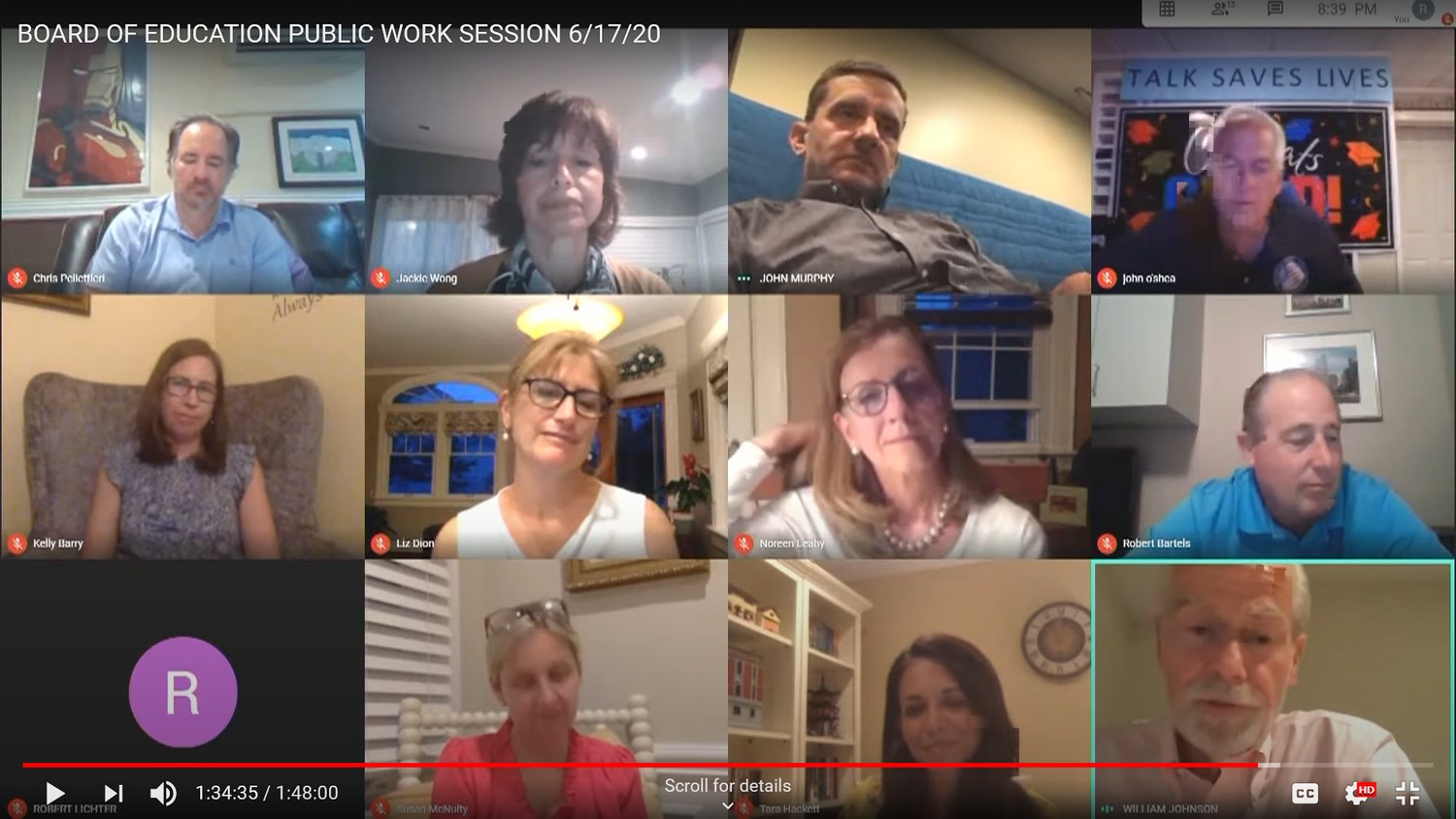 The Rockville Centre Board of Education presented a video to Superintendent Dr. William H. Johnson, who is retiring June 30.
Courtesy YouTube 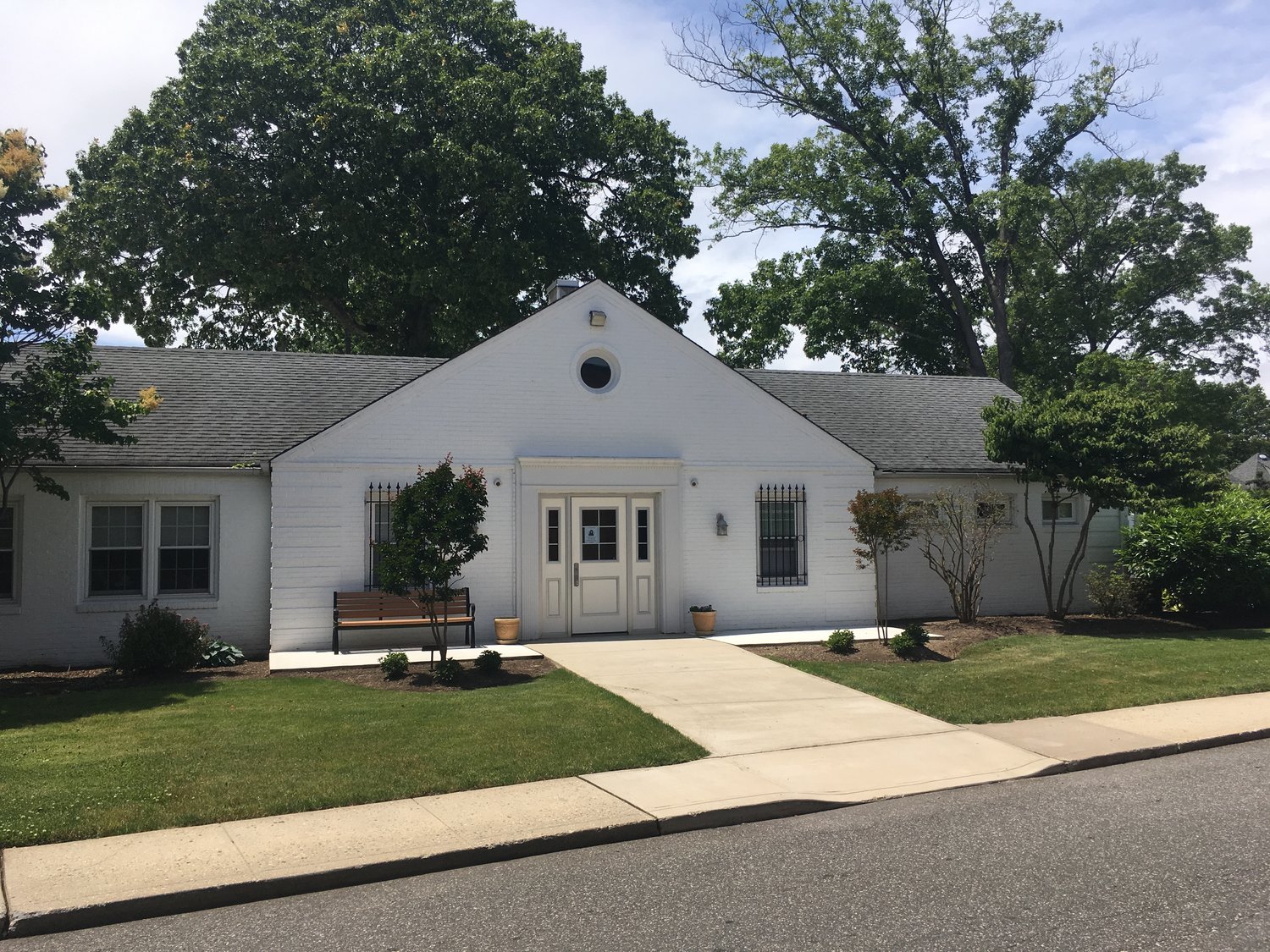 The district's administration building will be renamed after Dr. Johnson.
Jill Nossa/Herald
Previous Next
By Jill Nossa

Dr. William H. Johnson is in the final days of his 40-year tenure with the Rockville Centre School District, but his legacy will remain. The day after his retirement, on July 1, the district’s administration building will be renamed the William H. Johnson Administration Building, a decision made by the Board of Education to honor the retiring superintendent.

The building, on the campus of South Side High School, houses the district’s Central Administration, which includes the superintendent’s office as well as the offices of special education, curriculum and instruction, and business. During Johnson’s time in the district, including 34 years as superintendent, he worked from the office on a daily basis, leading the district through decades of educational decision-making and goal-setting.

“Our administration building is the heart of the district,” Board of Education President Tara Hackett said. “It has been Dr. Johnson’s home, and our home in turn. It’s a place that represents leadership, stability, growth and family. It will be the home of all of our future leaders, who will be honored to know they are working from the very place where Dr. Johnson led the district, created an atmosphere of equity, designed a sense of family and made decisions that impacted the students of the past, present and future.”

Hackett said that, since the building is the “center and heart of everything we do” in the district, “we found it befitting that it should bear his name.”

“We know that every person who walks through those doors will forever feel Dr. Johnson’s influence, his everlasting presence and his love for all of the children in our community,” she added.

During Johnson’s final board meeting on June 17, the board presented a video tribute to him. Teachers, staff and administrators offered recorded messages of “what I learned from Dr. Johnson” — many echoing the lesson “Never solve a problem with a problem” — and his encouragement of professional growth and development.

Riverside Principal Erik Walter said, “Dr. J has taught me to always stay positive, be confident in myself and to never give up on working hard to achieve my dreams.”

Covert Principal Darren Raymar said Johnson had taught him to “Be yourself, do the right thing and don’t micromanage — hire people who are great and let them do the job they are meant to do.”

Johnson will officially retire on June 30, but will take a new position as a state monitor for the Hempstead Union Free School District on July 1. “I’ll have a 15-minute retirement,” he joked. “I’m retiring from Rockville Centre, but I’m not ending my career.”

He said he hoped to take what he has learned in Rockville Centre and use it in Hempstead, where he was appointed by the State Education Department to monitor the academic performance and finances of the district for the next five years. He said he was looking forward to the new role, but would miss Rockville Centre, particularly since he has been running the district from his basement for the past few months and hasn’t had the opportunity to see people.

“This spring has been a real challenge,” Johnson said. “What I’ve missed most is seeing people. Over the years I’ve become very closely aligned to the staff, and we’ve worked well together. It’s painful to walk away and not be able to wish them well in person, with a handshake or a hug.”