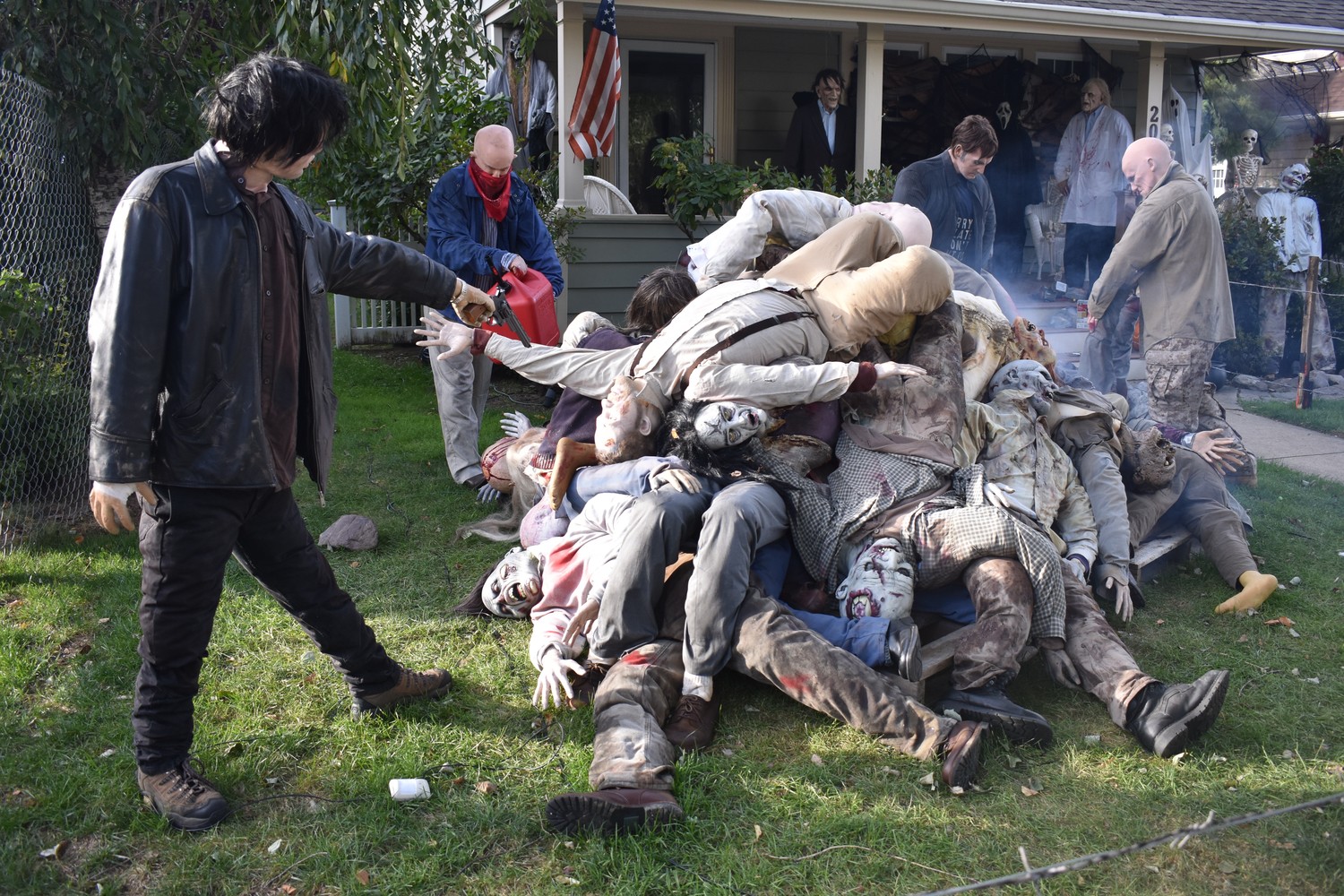 The “living” characters in a Halloween display at 200 N. Forest Ave. corral a dozen or so zombies.
Ben Strack/Herald 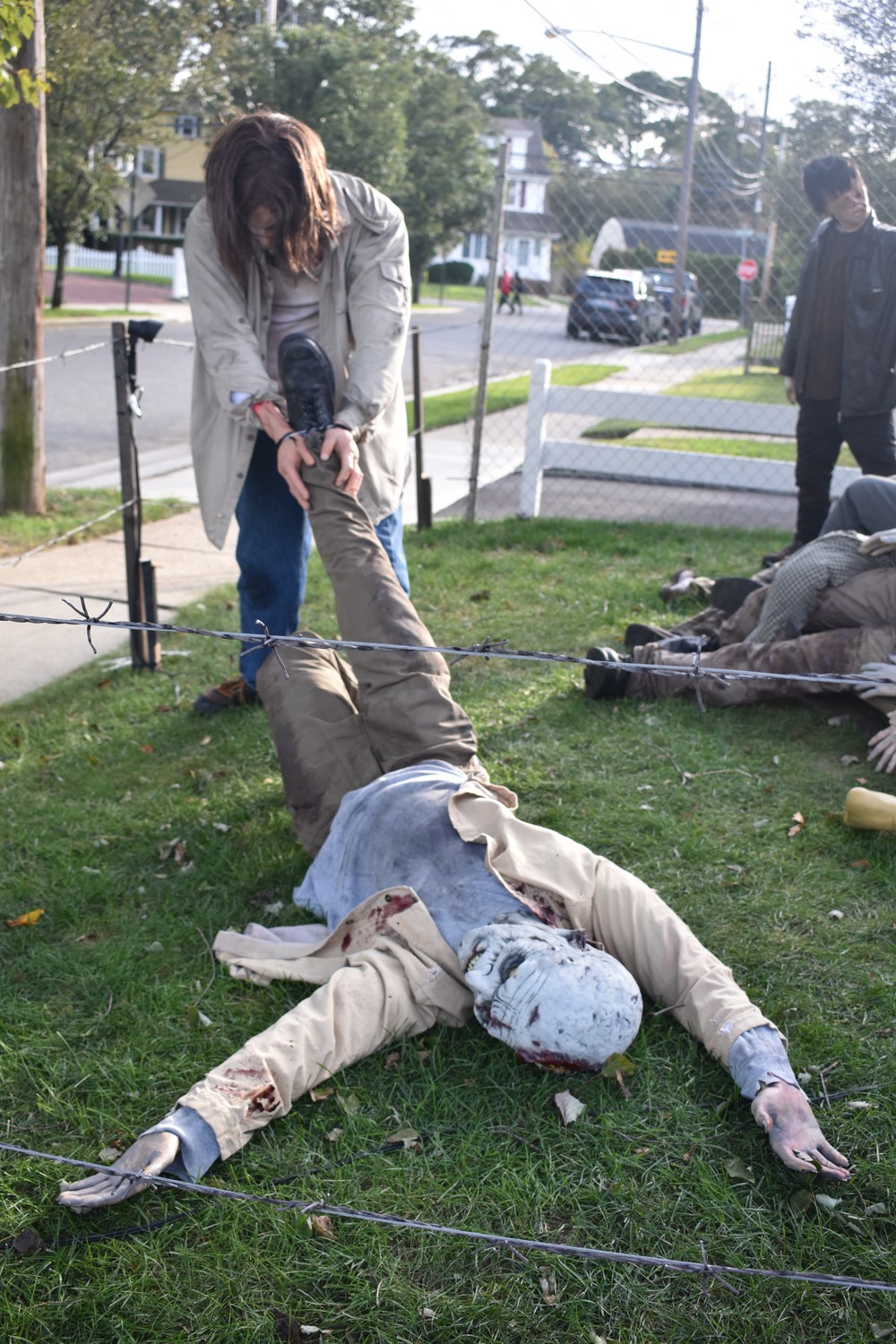 A human figure drags a zombie to a heap of other undead creatures.
Ben Strack/Herald 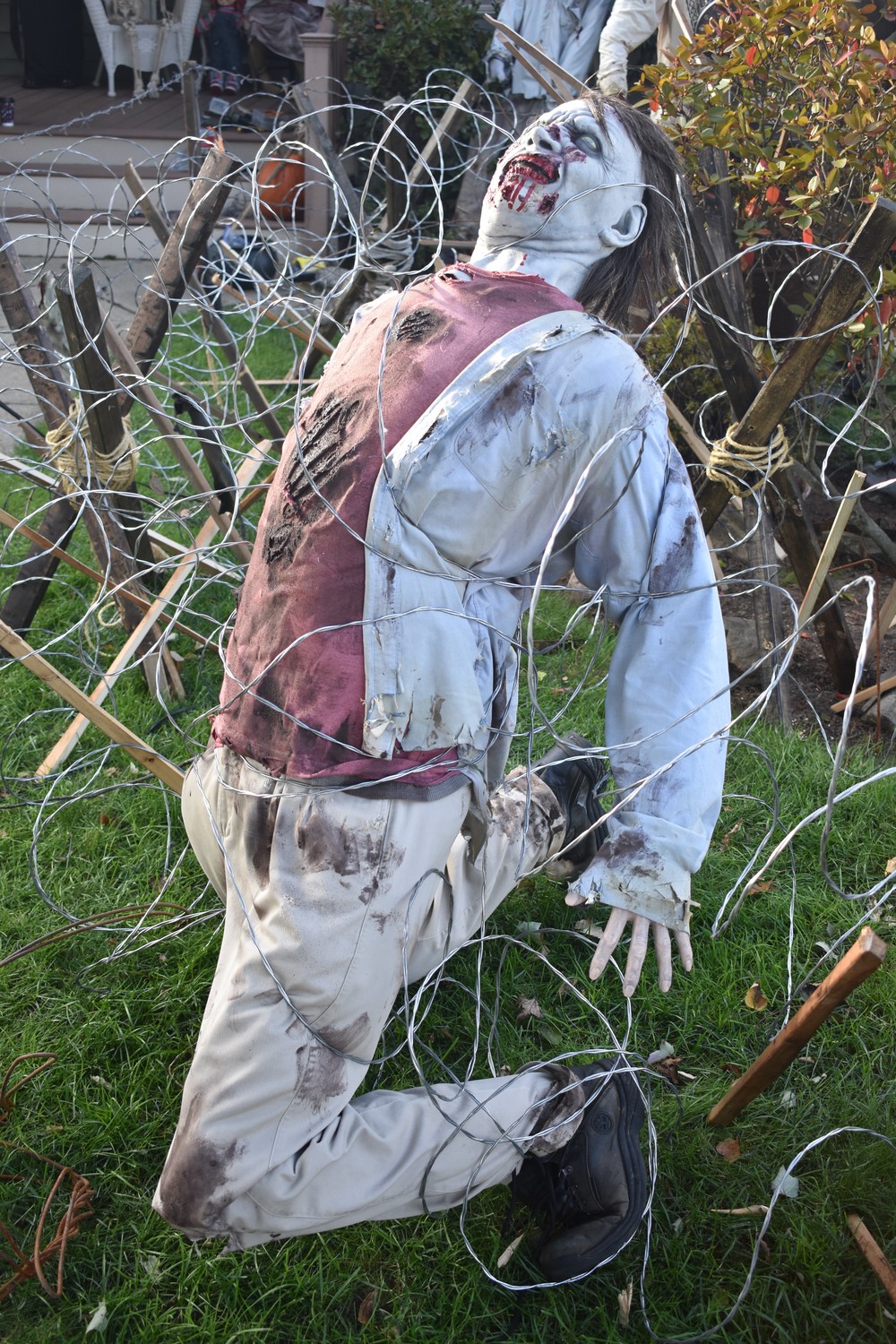 A zombie, left, fails to escape a man-made trap.
Ben Strack/Herald
Previous Next
By Ben Strack

Mike Slade paced around his front lawn with a cup of paint on Oct. 19 putting finishing touches on his Halloween display, which has become an annual attraction of sorts for Rockville Centre residents. The occasional driver slowed up or stopped to gaze at the house at 200 N. Forest Ave., where humans seemed to be winning a war against a group of zombies.

Slade, 46, who grew up in the house, said he and his family have decorated it for Halloween over the last 30 years. He pointed to a white sheet in the shape of a traditional ghost on the right side of his porch, noting the types of adornments that originally haunted the home each October.

But the scenes he creates, he said, have gotten more elaborate, terrifying and detailed over time. Slade said he usually gets an idea at the end of September and then goes to work, building the base of the characters out of wood, pillow stuffing and other materials before letting his imagination run wild.

Though he has heard rumors that the homeowners of his house are special effects professionals in the movie industry, he said building the life-sized people and creatures are just a hobby for him, and a time-consuming one. “I can’t even begin to tell you,” Slade said with a serious smirk when asked how long it took to build this year’s display.

On the left side of the walkway leading to Slade’s front door, smoke emanated from a pile of zombies as men dragged and carried two more to the heap. On the right, a bloody member of the undead was tangled in barbed wire.

Slade’s voice came alive as he remembered one of his favorite scenes he ever created: a crashed car with zombies trying to attack the people inside. He pointed to the walkway and sidewalk under his feet, recalling where the skid marks and broken fence had been. After all, as hundreds visit the house every Halloween, it’s all about the detail.

“Getting them to look realistic is the hard part,” Slade said as he looked around at his creations. “It’s taken years and years to perfect.”