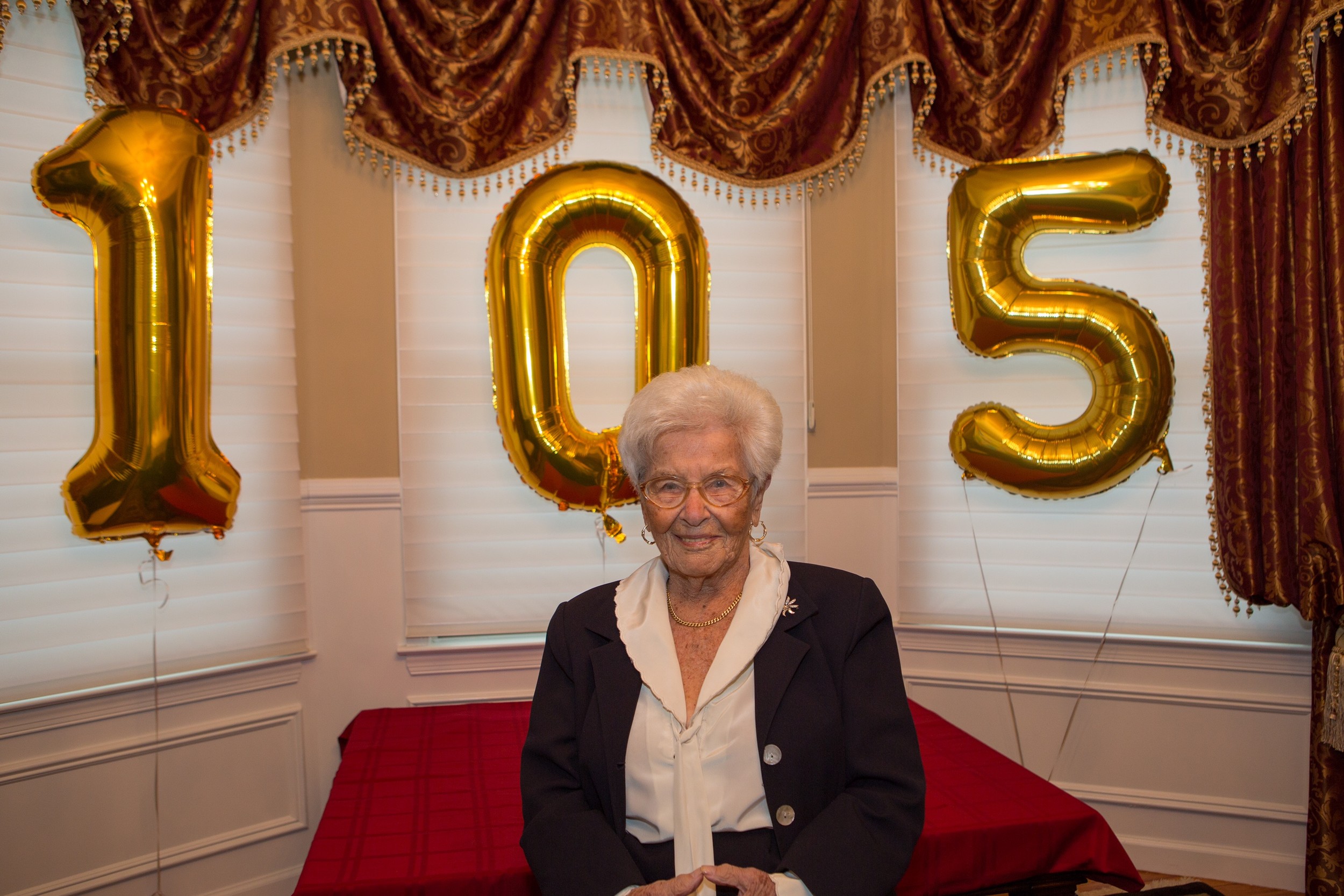 I remember the air raids, the bombings, and picking up shrapnel on the street.”
Reha Bennicasa, of Merrick
By Brian Stieglitz

There are many healthy practices a centenarian might cite to explain how they made it past the age of 100. Rose Girone, 105, of Whitestone, believes she owes much of her longevity to dark chocolate. She was given a bounty of it when she celebrated her birthday on Jan. 14 at her daughter, Reha Bennicasa’s, home in Merrick.

Disregarding her affinity for the treat, however, Bennicasa said her mother has an unrelenting optimism that brought her family through the holocaust, kept their spirits up in a Jewish ghetto in Shanghai and helped them start a life in America.

Girone was born on Jan. 13, 1912, in Poland. In 1938 she wed Julius Mannheim and moved to Germany, where Bennicasa was born. At the same time, however, Mannheim was put in a concentration camp and didn’t get to see his daughter until she was six months old. The family had relatives in England who were trying to plan Mannheim’s exodus. They sent Girone visas for China, the only country that had not yet filled the quota for its Jewish population. Mannheim was able to use this document to be released and in six weeks the family was on a ship to Shanghai.

When Girone’s family arrived, they were supported by charity organizations set up by English and Russian merchants. There were roughly 18,000 Jewish people in the area at the time. They lived there in what seemed like peace for two years before the war closed in on Shanghai and the Japanese army invaded.

“I remember the air raids, the bombings, and picking up shrapnel on the street,” Bennicasa said. Her family was sent to an isolated community for Jewish people, or ghetto. The leader of their ghetto reserved them a space in the bathroom of someone else’s house. Girone would always tell stories to pull her family through the experience and consoled herself by knitting. The family lived in the ghetto for nine years, until the war ended in 1945. Then Girone took her family to the United States, eventually settling in Manhattan in 1947.

Girone opened two knitting shops in Queens, where she lived with Bennicasa after Mannheim died. She married Jack Girone in 1968 and they eventually moved to Whitestone. Meanwhile, Bennicasa moved to Merrick with her husband and their daughter.

In 1980 Girone retired from her knitting stores and in 1989 Jack Girone died. Bennicasa said her mother persevered, however, and helped a frequent customer of hers, Dina Mor, open her own store in Port Washington called The Knitting Place. She still volunteers there when she is able.

“My mother keeps telling me she lives this long because she doesn’t smoke and doesn’t drink,” Bennicasa said when she described Girone’s reaction at her birthday party. “And she eats dark chocolate,” she said.