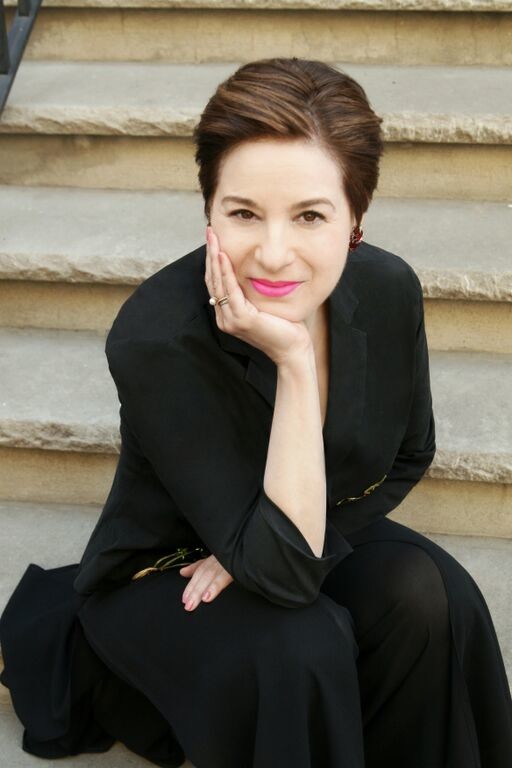 During the day, Celia Berk is a corporate executive for two advertising and communications agencies. By night, you can find her singing her award-winning cabaret music that expresses her deep love for New York City.

Next month, the Rockville Centre native will make her debut at one of the city’s most prestigious concert halls.

Berk will be performing at Carnegie Hall on June 20 as part of the “That’s Entertainment: Dietz and Schwartz and Friends” show presented by the Mable Mercer Foundation and hosted by KT Sullivan. The evening will feature classic songs by Howard Dietz and Arthur Schwartz, such as “Dancing In the Dark,” “Alone Together,” and “You and the Night and Music”.

“It’s a dream come true,” said Berk. “There are just certain rooms that, even though they’re just rooms, there’s four walls and a stage. They have so much history and they imply something about what you’ve done to earn your place there that’s just extraordinary.”

Berk has released two albums so far, including “Manhattan Serenade,” which won the LaMott Friedman award this year for Best Recording and earned a glowing review from the New York Times. All 13 tracks express her admiration for the city.

“For me, Manhattan is it,” she said. “It computes to me. It feels like home. I’ve been fortunate enough to travel all over the world, and it’s still the place I want to come home to. When you drive from whatever airport or whatever angle you’re coming from, just the skyscapers and the city rising up in front of you, I just think it’s like ‘Ah, civilization.’”

Her first album, “You Can’t Rush Spring,” was released in 2014 and was nominated for Best Recording. According to the Gramercy Nightingale Music Company website, she also won Best Show by a Female (2016) and Best New York Cabaret Debut (2015) from BroadwayWorld and the Bistro Award for Best Vocalist, MAC Award for the New York Debut by a Female, Oustanding Female Debut from teatrescene.net and the Margaret Whiting Award in 2015.

Berk moved to Rockville Centre with her family when she was a second-grader at Jennie E. Hewitt Elementary School and graduated from South Side High School in 1975. At the high school, she was a member of the chorus under the direction of Frank Girardi and performed in the theatre plays while taking advanced placement courses

Berk graduated from Hofstra with a degree in theatre and has been working in the corporate world for the past 20 years. She currently splits her time with advertising agencies WPP and J. Walter Thompson. She has been taking voice lessons every week since middle school and about 10 years ago, she told her voice teacher that she wanted to further her singing career. She began training with a vocal coach who helped her master the art of using a microphone, which she had never done before.

“It was complete serendipity,” she said. “It was one of those things where I just instinctively felt that I had found something I had been looking for my entire life.”

Her next step was to find an arranger to help her put her ideas into song and found Alex Rybeck, who also saw potential in her voice. The pair soon created four songs and Berk soon “fell in love with the recording process.” After a year, her first album was complete.

Berk said she is not in a rush to put out a third album, but is already making mental notes about its format.

“I’m beginning to have the idea for a third album and the reason I know it is I was listening to a song a couple of months ago and I just turned around and stared at the computer and I went, ‘That’s the title of an album,’” she said. “I know that it’s going to happen someday.”