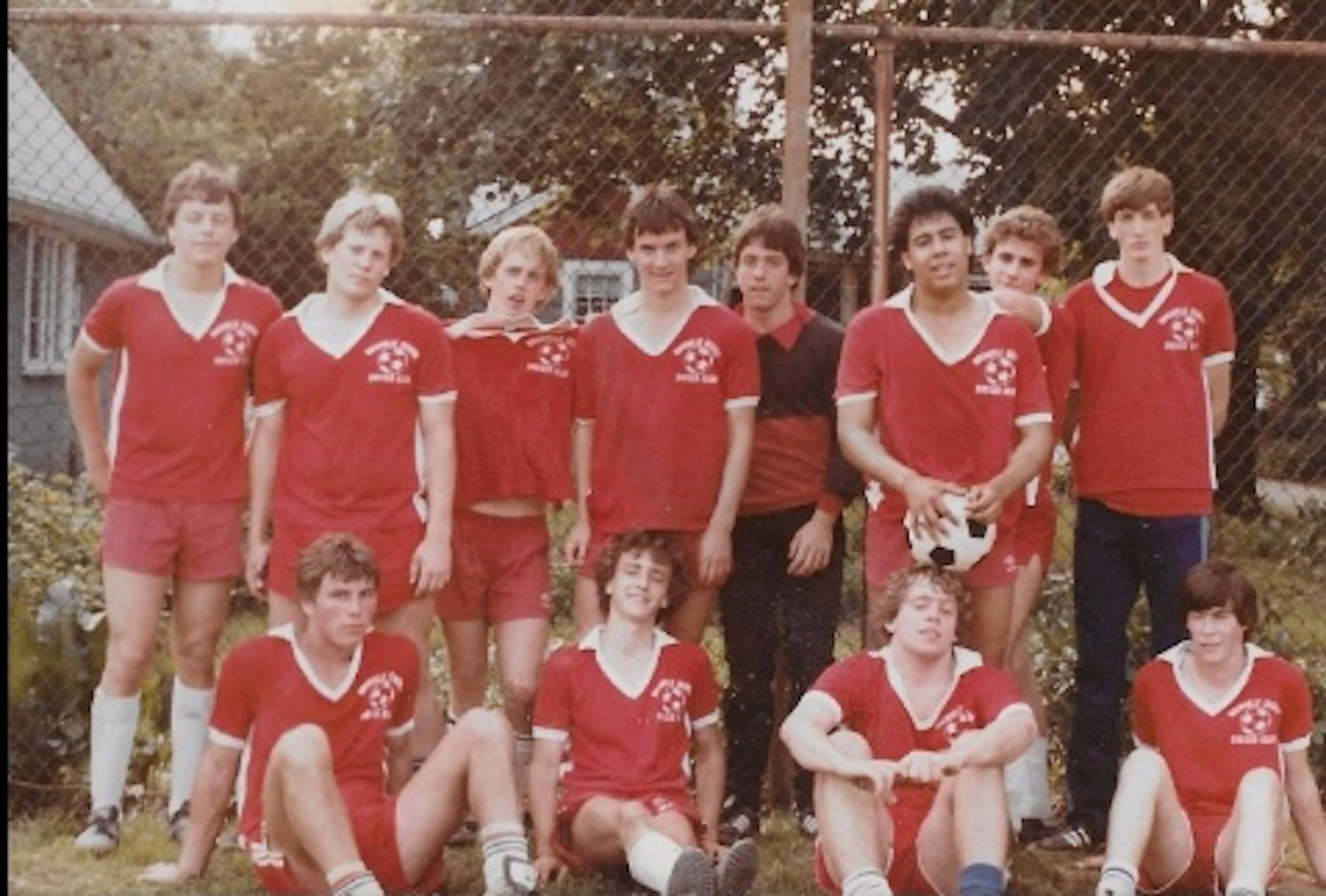 A Rockville Centre Soccer Club team from 1980, above.
Courtesy RVCSC 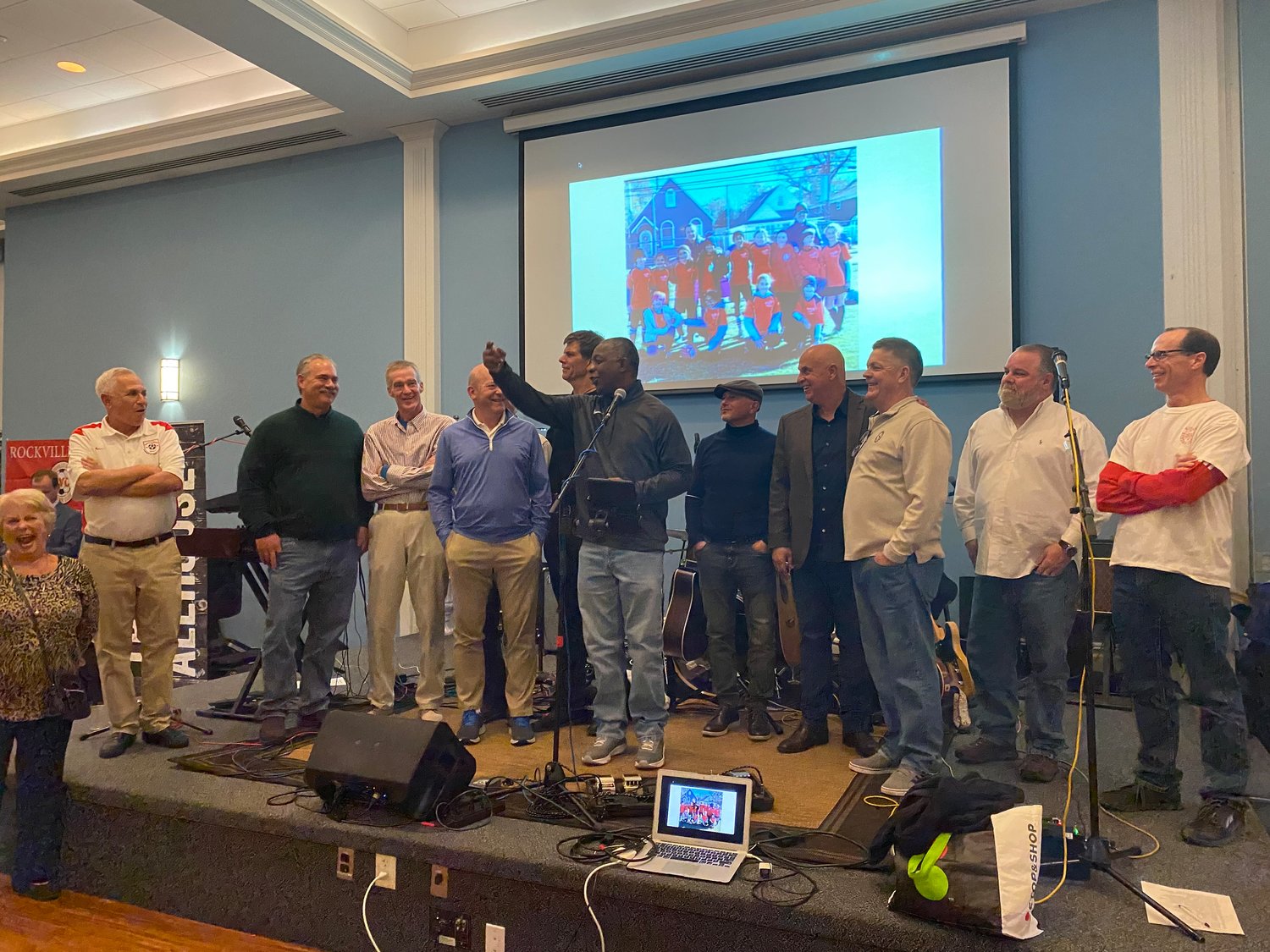 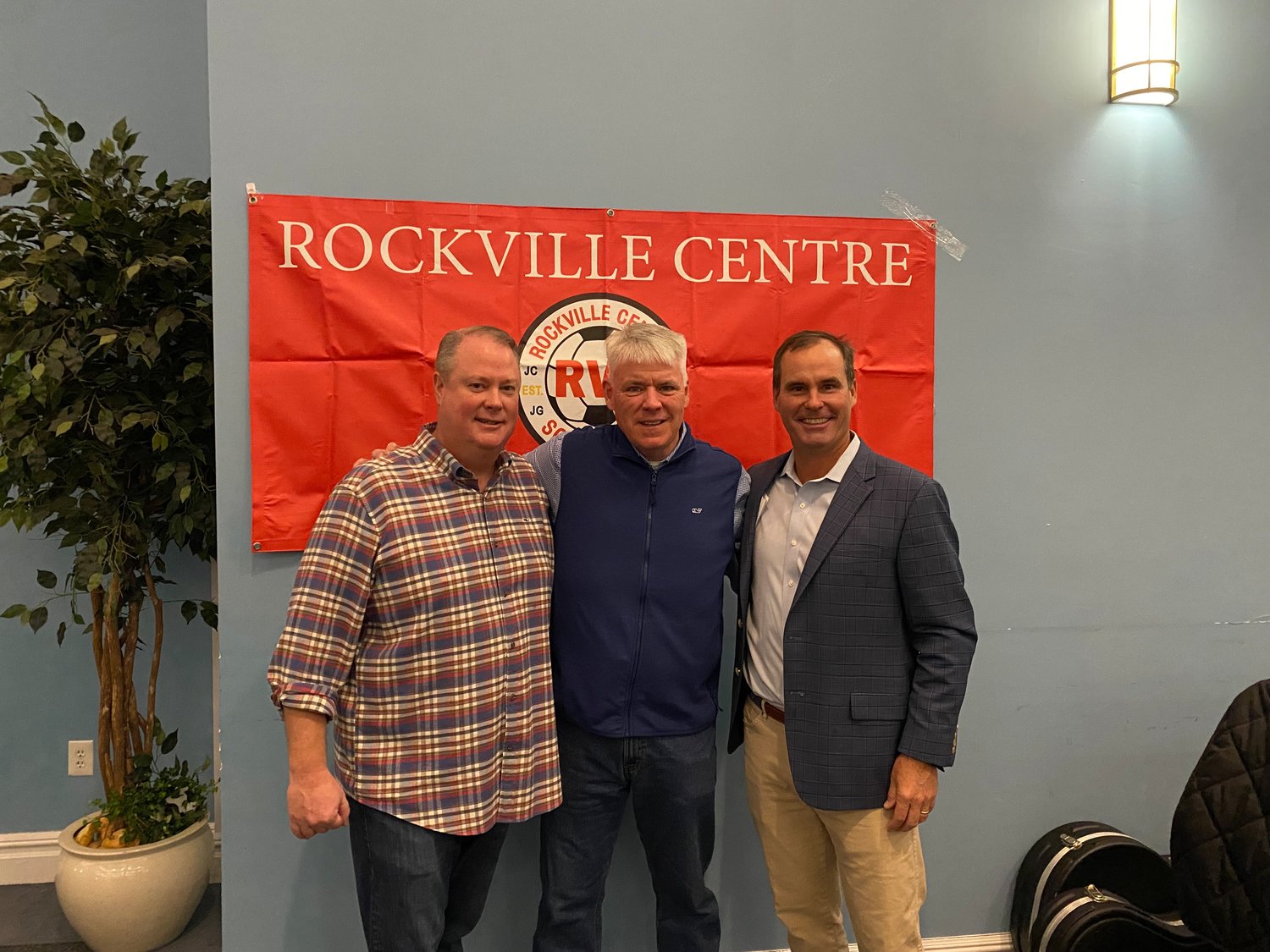 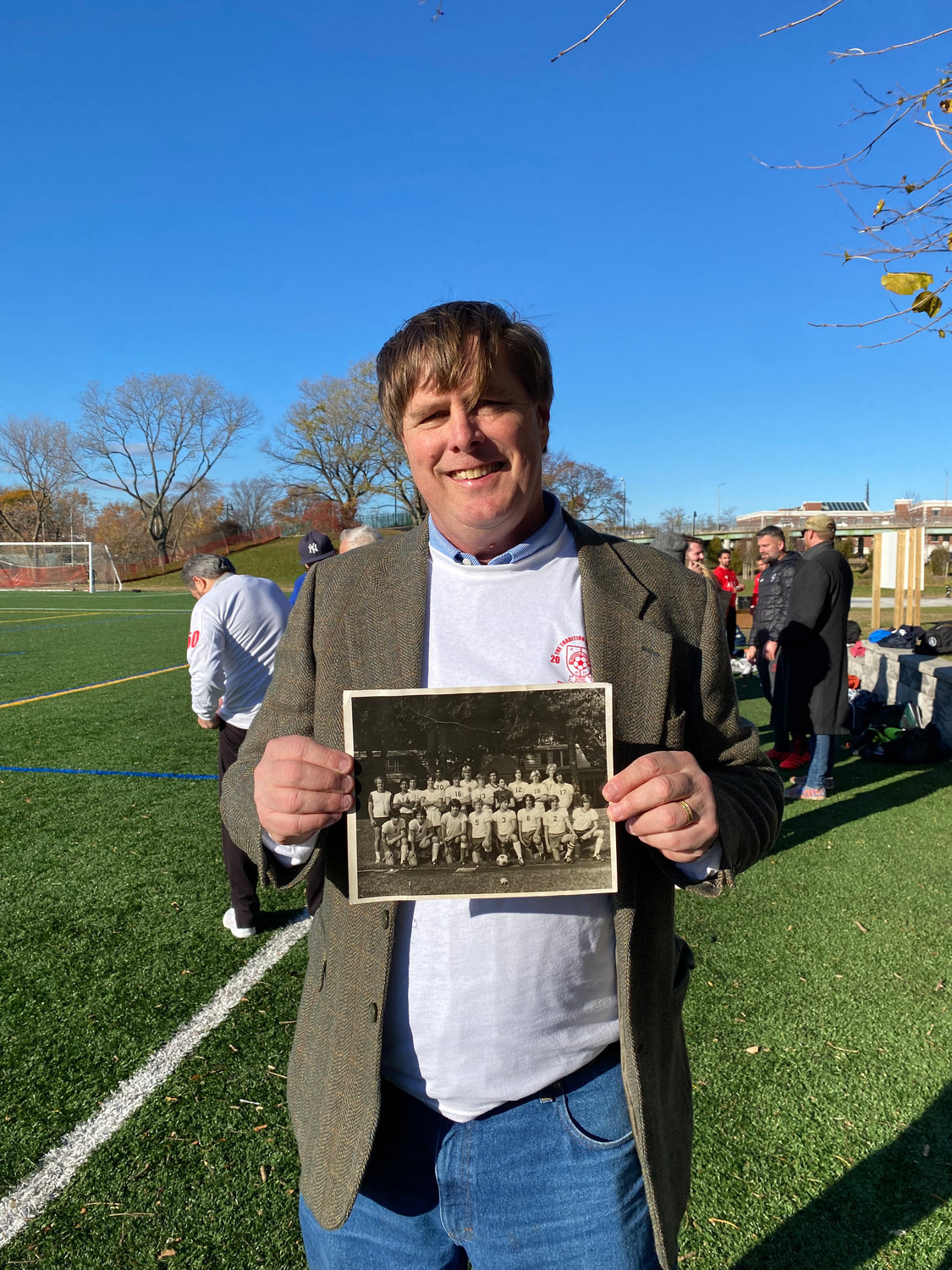 Tim May displayed a picture of the 1976 South Side High School soccer team he played on with many RVCSC members, including the late Stephen Tighe, during the alumni game.
Tom Carrozza/Herald
Previous Next
By Tom Carrozza tcarrozza@liherald.com

On Saturday, the Rockville Centre Soccer Club hosted its 50th anniversary gala at the St. Agnes Parish Center. Past and present members of the club helped raise money for the continued renovations at Tighe Field and future youth programs.

After a morning of honoring members of the club’s past through the annual Bob Livingstone alumni games and the rededication of the new turf at Tighe Field, members came to the parish center to celebrate the successes the club has achieved for the past half century.

Former players Mark Prochilo and Earl Wright came all the way from California to speak about their experiences with the club and hopes for its future. Prochilo strode to the stage, tossing his cap in the air, with Wright right behind him.

Wright told the audience of the importance the club played in his life after he was born prematurely. He said the RVCSC was a place for him to make friends when many of the people around him were struggling and even dying.

“For me, it’s kind of different because I owe my life to Rockville Centre Soccer Club,” Wright said. “There’s a lot of kids out there from my neighborhood, and I’m asking you to give them a chance just like the Rockville Centre’s soccer program gave me a chance and put me on the right path these kids are looking for the same opportunity.”

Wright’s pleas have not gone unheard, as the club began a partnership with the MLK Center in 2020 to provide soccer clinics for Rockville Centre’s communities of color.

Guests at the gala had 31 different gift baskets to wager on, varying from pickle ball sets, and gift cards to local businesses to New York Rangers tickets and wine, beer and bourbon baskets. As a token of their partnership with the New York Red Bulls Academy coaches and trainers, which started in 2016, the Major League Soccer organization provided a team-signed jersey with ‘RVC 50’ as a marquee raffle item.