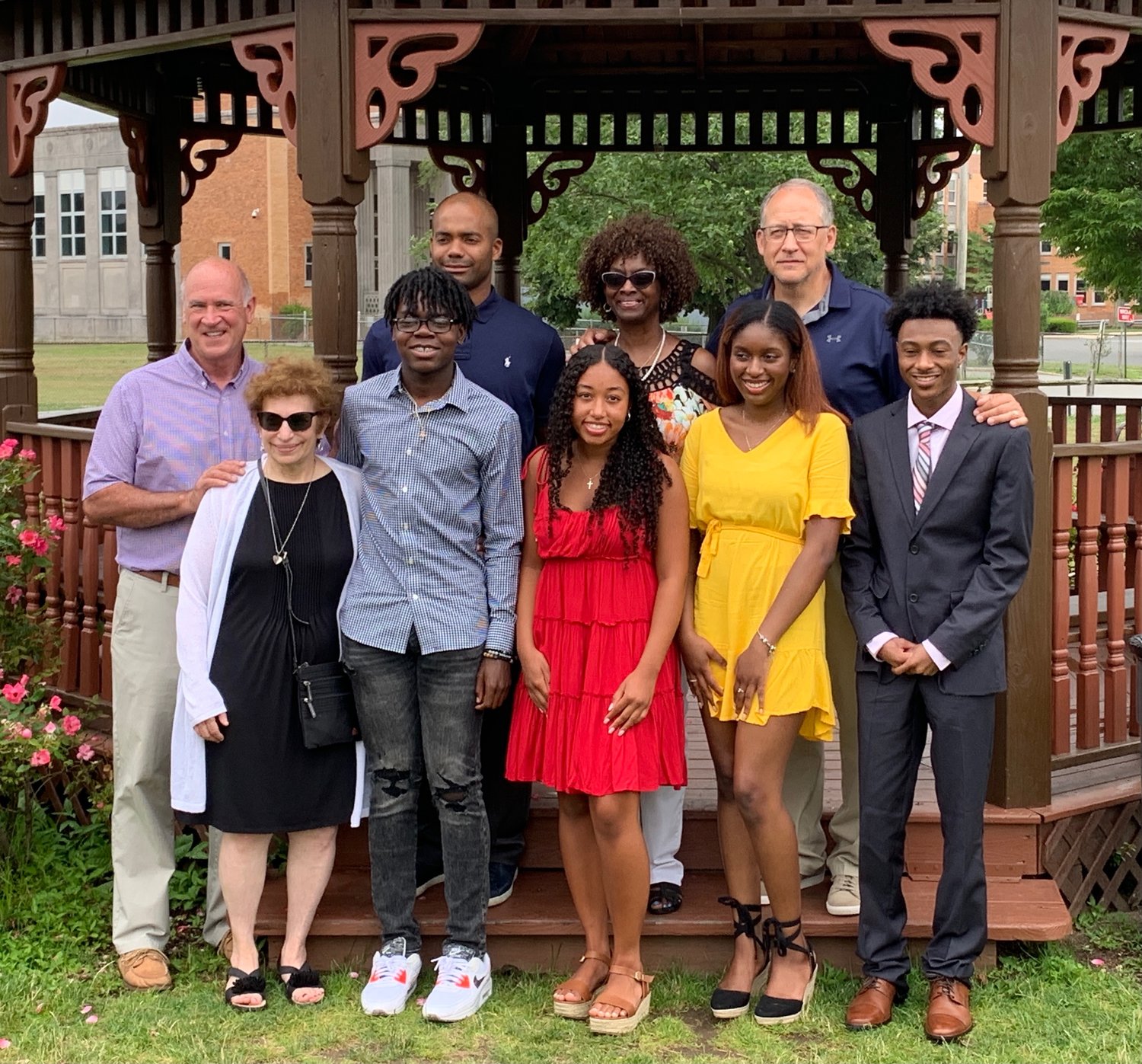 The Say Their Names Association closed its first year June 26 by awarding eight Black seniors from local high schools, including Oceanside High School, with scholarships for demonstrating a commitment to helping their communities and starting conversations about race.

Founded after the murder of George Floyd and the death of Breonna Taylor, the Say Their Names Association offers Black high school seniors scholarships to support their higher education.

Say Their Names held its inaugural awards ceremony for the United for Change Memorial Scholarship June 26 at the Schoolhouse Green in Oceanside. Students from Oceanside, Baldwin, Lawrence, Lynbrook, Malverne and Hempstead were represented at the event.

Tom Capone, who retired as the principal of School 2 in Oceanside in 2018, was motivated to organize the association when he saw a memorial service for George Floyd on TV. One speaker looked into the camera and challenged Americans to start conversations in their communities.

“It resonated with me,” Capone said. “I had been retired for a couple of years at that point, but I began to make phone calls, and people that I spoke to, every single one of them eventually became trustees or members of our association.”

The association, made up of 10 members with connections to the Oceanside School District, met virtually on Zoom regularly and established the name and mission statement. After developing criteria for the scholarship, the organization raised money for the United for Change scholarship. To date, the group has raised $10,521 from 138 donors.

The eight recognized students created clubs to discuss their experiences as Black students and volunteered their time to start conversations in the community. Each student received a $1,000 scholarship.

“As an educator, I always believed that if you see and recognize something, it should be noted and celebrated,” Capone said. “It validated for them that what they have been doing and the path they have been taking is the right path, and I think that’s more important than the $1,000 they received.”

The awards ceremony marked the end of the first year for the association, but Capone and the group will kick off year two in August with a reorganization meeting. “To replicate and surpass what we did, hopefully we are going to be able to reach out to people in person,” Capone said. “We’re feeling optimistic in the goals we’re setting for ourselves.”

Outreach took place through texts and phone calls this year, but the association is looking forward to connecting with communities in person.

From Uniondale to Carnegie Hall

Looking into the future at Hewlett-Woodmere School District

This robotics team at Hewlett stood out at the competition