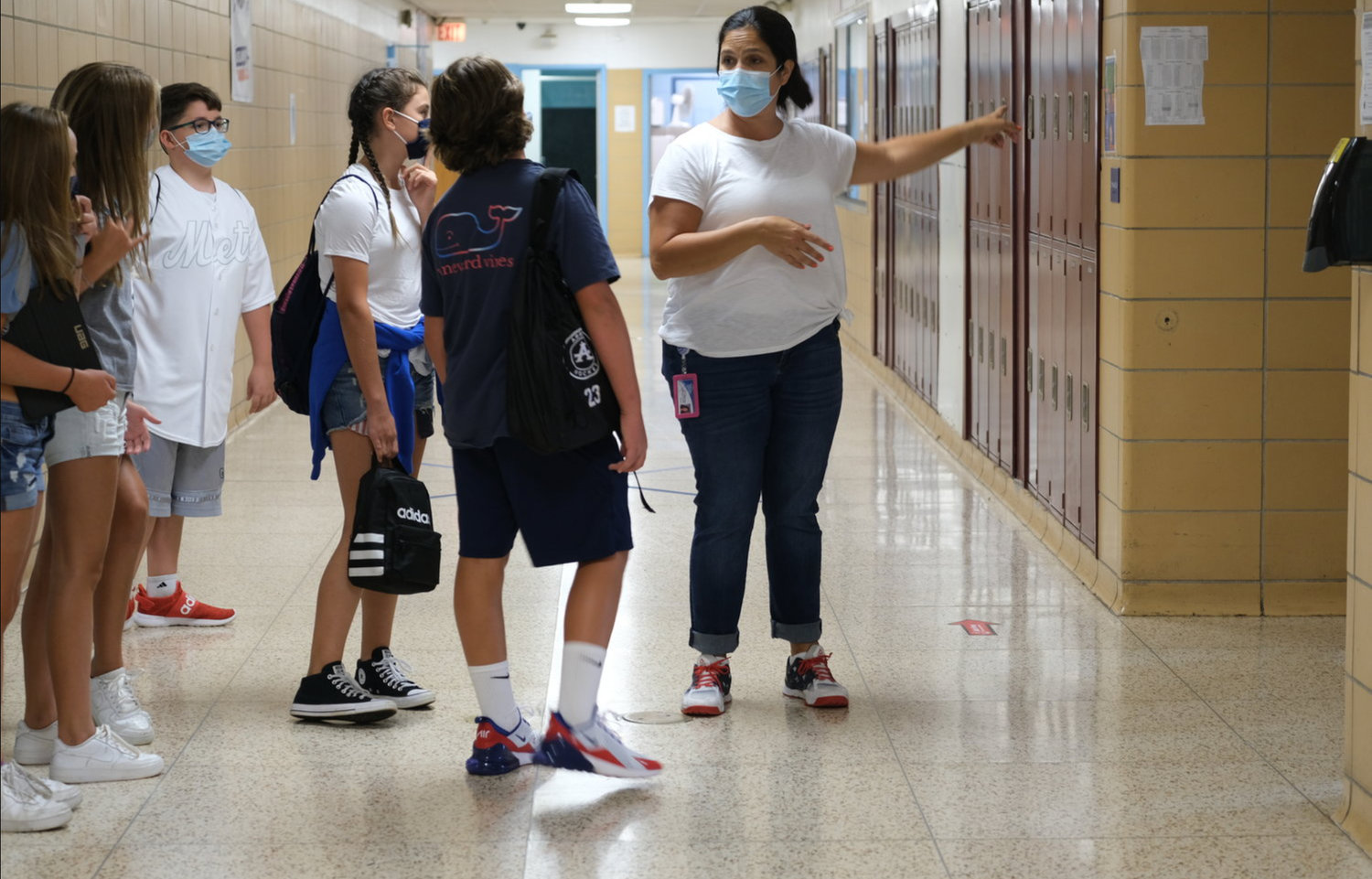 Schools are supposed to be safe and open places for young minds to grow. Open is one thing, but safe?

After a gunman killed 19 children and two adults at an elementary school in Uvalde, Texas, some students, parents and even teachers are asking that question, fearing one day, that tragedy could be a reality right here, close to home.

Schools are left to tackle the increasing threat of gun violence among young people on and around their campuses. But even with a robust security infrastructure and safety plan in place, many communities — like those served by the Valley Stream Central High School School District— worry if that will be enough to stop another Uvalde.

“Most shootings are over in two to three minutes,” Nassau County Police Department Commissioner Patrick Ryder told attendees at a Garden City school safety seminar last month. “The active shooter kills who they have to kill, and usually they kill themselves after.”

The typical police response time for an emergency call in Nassau is between three and five minutes, Ryder added. Within that space of the few critical minutes between alerting police of a shooter and waiting for their intervention, school safety measures play a vital role in staving off the gunman’s attack.

Obstacles and preventive strategies put in place — locked doors, moving quickly to safety — can delay and frustrate a gunman long enough for police to respond and ensure as few casualties as possible, the commissioner said.

Valley Stream attempts to do that with some innovative safety technology, hall monitors and security personnel.

For example, campus visitors must first pass through a security vestibule that serves as a “mantrap” — a small space with two sets of interlocking doors that can be remotely locked. Someone passes through one door and is vetted by security before the second one is unlocked. The first set of doors must close before the second set opens.

All visitors are also checked against a nationwide sex offender registry before they are allowed to enter.

If a threat to a school — real or perceived — is identified, school officials are armed with a smartphone app that instantly alerts police of trouble. Officers are also mandated to do walk-throughs of schools in their districts daily to better familiarize themselves with how campuses are laid out.

In the event of a lockdown, all school activities are moved inside. All doors are locked. No one is allowed in or out of the building.

We are “taught to remain silent and confined to a specific spot in the classroom,” said Josh Nixon, a senior at Central High School. “This prevents the shooter from hearing exactly where our location is, and makes it harder for us to be attacked by them.”

There are measures in place to make sure students don’t walk into a dangerous situation, too, said another senior, Zakkiyya Fraser.

“If we’re outside the building, there are blue lights that are flashing so that signify that something is going on inside,” she said. “We would have to go as far away as possible from the building.”

State law requires all school buildings to perform four lockdown drills and eight evacuations every academic year. And the school district must test its emergency response procedures — whether a shelter-in-place, lockdown, or early dismissal drill — under its building-level emergency response plans once a year.

Lockdown drills are an effective way to keep people safe, Nixon said — but they aren’t without shortcomings.

“There is still a possibility of students and faculty being seen by the shooter due to the fact that, many times, a school shooter may have already been through the process of an actual lockdown drill,” he said. “They (may) know exactly how it works — and what to expect.”

In fact, research shows many school shooters are either current or former students of the school they’re attacking.

Even more, others fear the standard drill procedures do not fully address the variety of possible, real-life scenarios students may encounter when difficult moment-to-moment decisions must be made.

“In certain cases, staying inside of the room could be more of a danger because you don’t know what type of weapon that person has,” Fraser said. “It can range from a simple handgun to a literal assault rifle. So they could shoot multiple rounds into the room, so what should you do?

“I feel like there should be more specifics about what to do in those cases because you just don’t know.”

No solutions are too simple, says Fraser’s classmate, Emily Monfort.

“A possibility that could be incorporated — but may take some time — is teaching kids how to escape from a window, and know where they could run to find safety,” she said. “The teacher would play a crucial role, carefully gathering students to escape when the time is right.”

While school communities discuss the merits and trade-offs of safety plans and procedures going forward, the first line of defense against potential threats can come not from security technology or officers, but from students, parents and teachers remaining vigilant and aware of one another, both in and out of the classroom.

“We are instructed to report any type of threat that we see to a school advisor or the principal,” Nixon said. “These threats may come on different social media platforms such as Snapchat and Instagram.”

Promoting a safer and healthier school environment will likely take a community effort.

“There is a lot that school officials and community leaders can do,” Nixon said, “but it is truly up to everyone as a whole to create a safe and loving environment where feelings of anxiety and apprehension are diminished.”