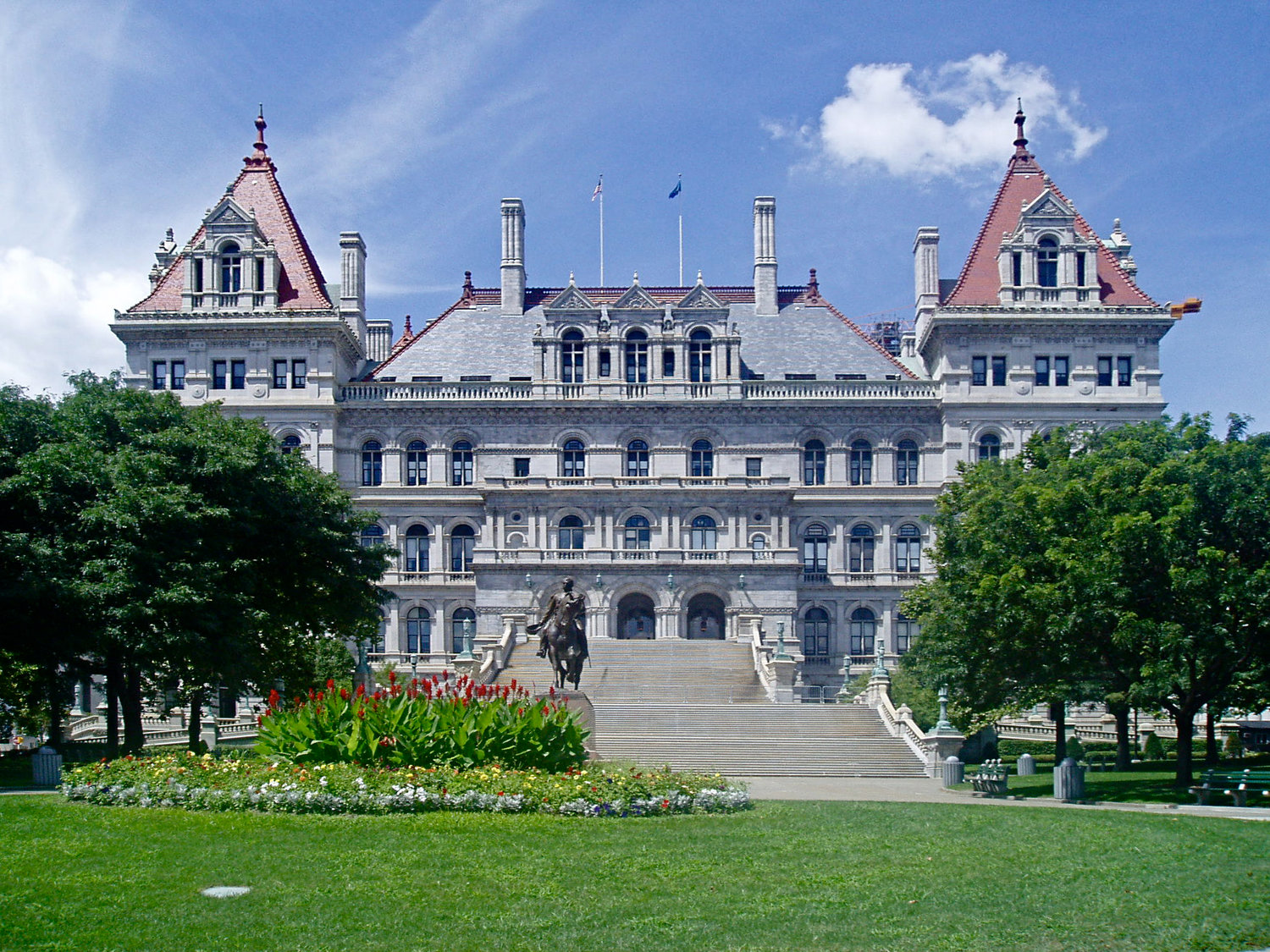 The State Senate passed a bill to make a 2 percent tax-levy cap, which first became law in 2011, permanent.
By Anthony O'Reilly

The New York State Senate passed a bill on Jan. 23 to make the property tax levy increase cap permanent. The cap, passed in 2011 and set to expire in 2020, prevents increases in the tax levy from exceeding 2 percent per year.

The bill was sponsored by state Sen. James Gaughran, a Democrat from Northport. “We cannot let Long Islanders be taxed out of their homes,” Gaughran said in a statement. “It is critical that New York State takes steps to providing real tax relief to Long Islanders, while the federal government continues its attack on New York taxpayers.”

The bill, which passed the Senate 58-2, must be approved by the state Assembly before Gov. Andrew Cuomo can sign it into law. Cuomo, who signed the tax cap into law during his first term, expressed support for the proposal in a statement. “I applaud the Senate for heeding my call and supporting this critical tax relief legislation for middle-class families,” he said. “The property-tax cap should be made permanent once and for all by the end of the budget process.”

State lawmakers passed the cap — limiting the yearly growth of taxes levied by local government and school districts to 2 percent or the rate of inflation, whichever is less — in an effort to keep places such as Nassau County affordable to homeowners.

“This is a sign that the Senate Democrats will be paying attention to suburban areas,” state Sen. Todd Kaminsky, a Democrat from Long Beach said. “We are keeping our promise to Nassau County.”

In a statement to the Herald Gazette, State Assemblyman Charles Lavine, a Democrat from Glen Cove, said, “I am favor of making the property-tax cap permanent because we need a permanent solution.”

State Assemblyman Michael Montesano, a Republican from Glen Head, said it was “too early to tell” if the Assembly would pass the legislation. He said he anticipates New York City Democrats in the Assembly majority may hold up the bill and use it as leverage to pass rent control stabilization. The tax cap, he said, does not apply to the five boroughs.

Nassau County Executive Laura Curran, a Democrat from Baldwin, said she supported the bill. “I think this is great,” she said. “The cap has helped to keep Nassau County affordable, and I fully support making it permanent.”

School districts and municipalities, though, have said the cap has made it difficult to raise money for programs and, as a result, cuts have been made. Curran, a former member of the Baldwin Board of Education, said officials would have to learn how to operate with less. “Everybody has to work together,” she said.

Montesano, who is also a former school board trustee, said that many teachers unions and smaller municipalities in upstate New York and on Long Island would be opposed to a permanent tax cap. “It bootstraps them as to how much they can spend yearly, but [the cap would] force their hand to reducing spending, [which] suspends [the] amount of taxation on the public,” he said.