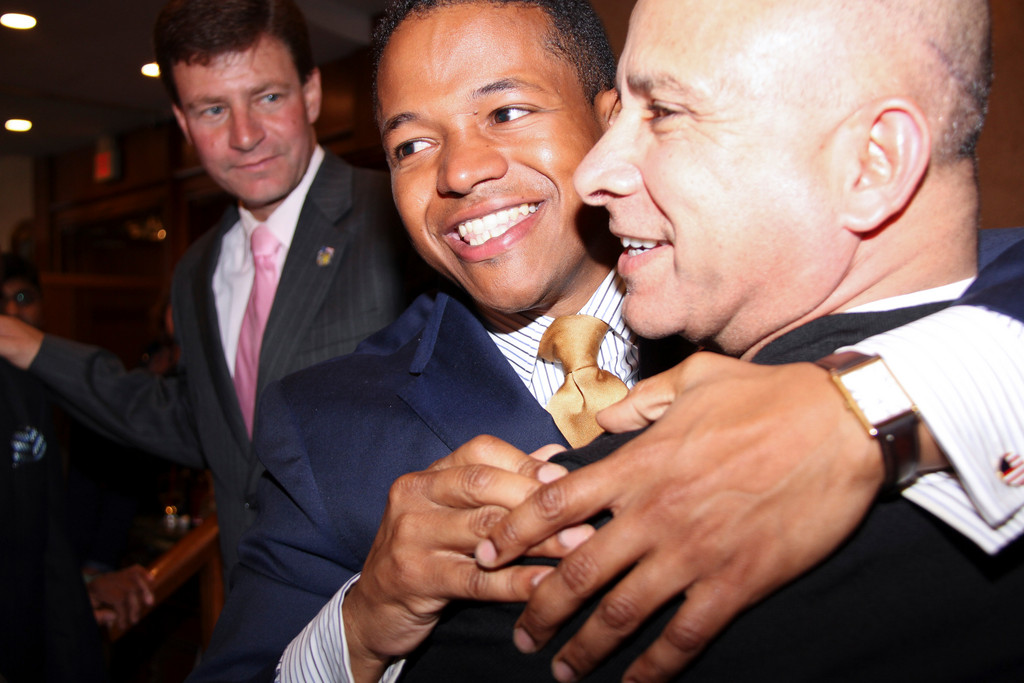 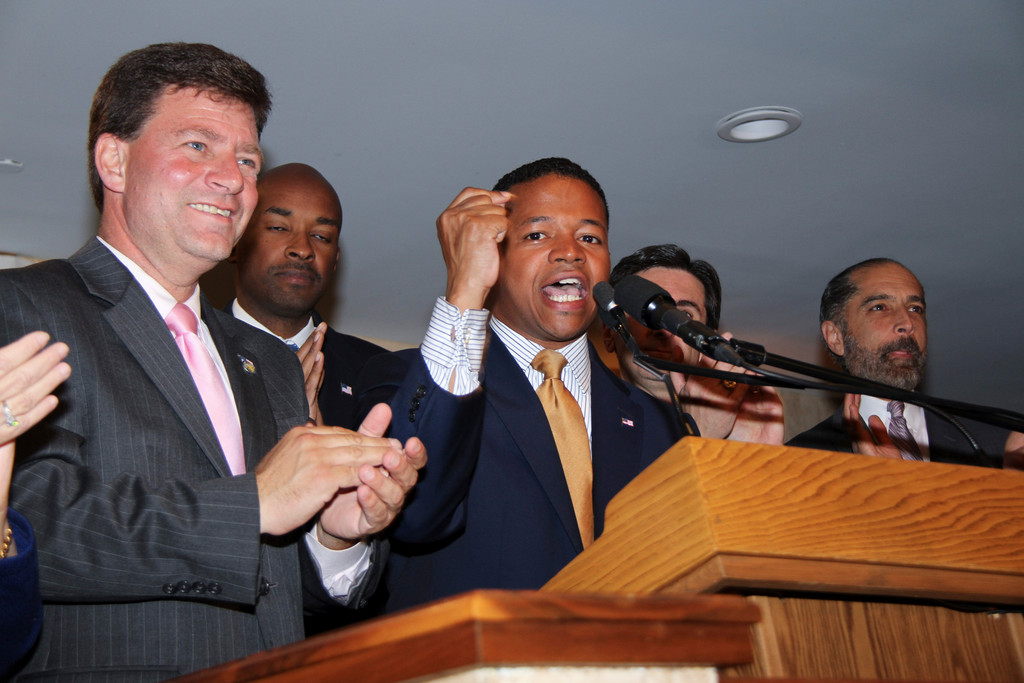 Carrie Solages thanked all of his supporters after he was declared a winner on Election night.
Janette Pellegrini/Herald 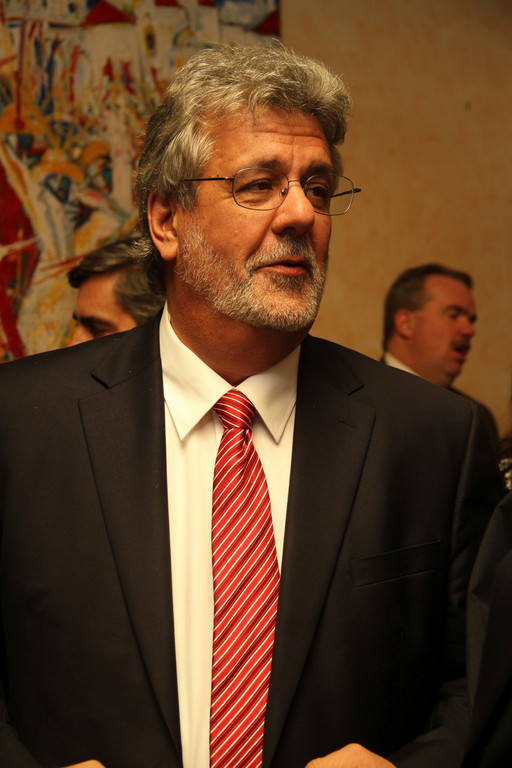 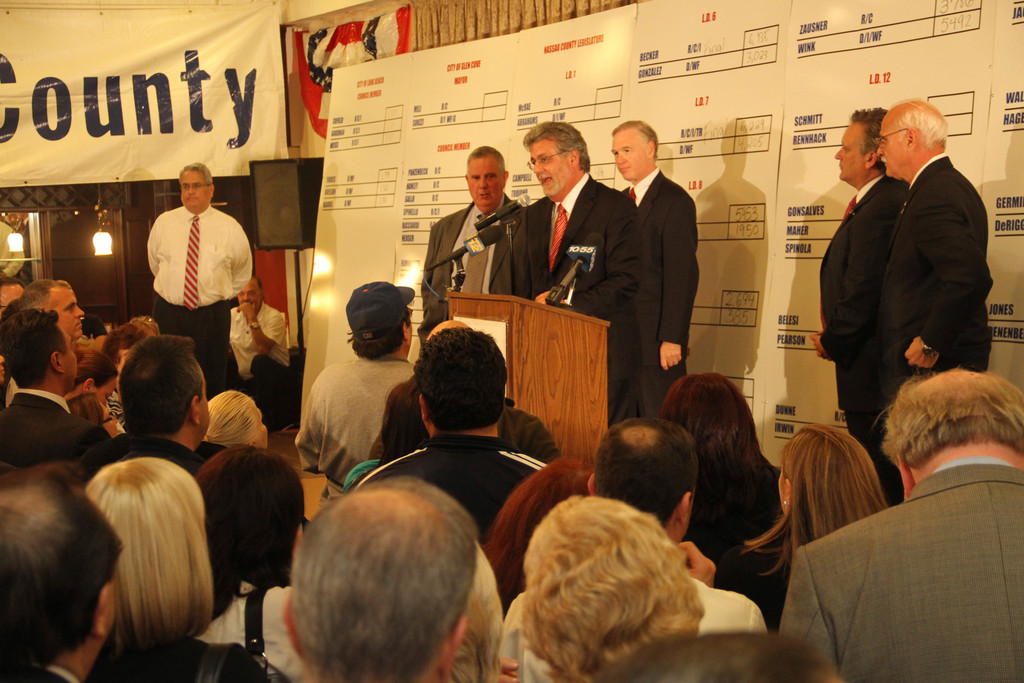 John Ciotti said he was still waiting for absentee ballots to be counted before conceding defeat.
Susan Grieco/Herald 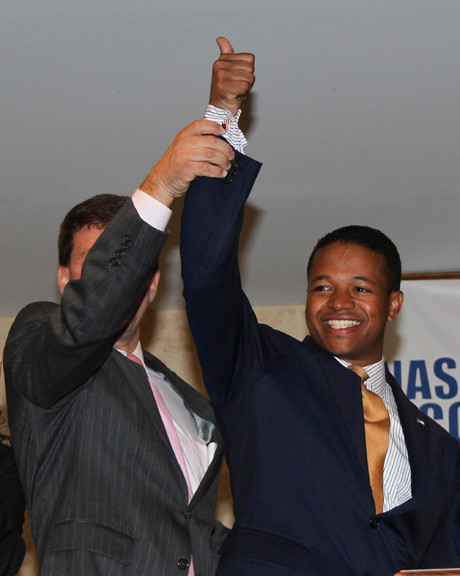 Carrie Solages was declared the winner of the 3rd Legislative District seat on Tuesday night.
Janette Pellegrini/Herald
Previous Next
By Andrew Hackmack and Jackie Nash

Carrié Solages was the star of the evening at Nassau County Democratic headquarters in Mineola, after it was announced he defeated longtime incumbent John Ciotti in the Legislature, though by a slim 400-vote margin.

Solages, from Elmont, defeated Ciotti for the 3rd District seat. Ciotti, a Republican from North Valley Stream, is an original member of the Legislature. Solages criticized Ciotti’s vote earlier this year in favor of redistricting, which would have removed much of the minority community, including areas of Valley Stream, North Valley Stream and Elmont, from his district.

“I feel ecstatic. I feel great,” Solages said about his Election night victory. “I’ve always believed in myself. The people of my community wanted a better choice.”

A few weeks ago, a video surfaced on You Tube of a Ciotti campaign volunteer making racially charged statements after being questioned about hanging Ciotti signs outside of Solages’s Elmont headquarters. Ciotti immediately dismissed the volunteer from his campaign and called the comments “despicable.”

“I would be naïve to say the video didn’t play a role,” Solages said, “but I didn’t sign up for that. I signed up to run an effective campaign.”

Once he takes office in January, Solages said that he will focus his efforts on working to keep young people on Long Island, make sure that older residents can afford to stay in their homes, and reducing taxes.

Ciotti, however, did not concede defeat on Tuesday. “There are many, many absentee votes that still have to be counted, so don’t count me out just yet,” he said. “The 3rd Legislative District is alive and well.”

Other Republicans stood up for Ciotti even as the numbers looked grim “Ciotti ran a great race,” said fellow North Valley Streamer and Town of Hempstead Councilman Ed Ambrosino. “I don’t care what it says up here, John Ciotti is a winner each and every day.”