Sounding off on Common Core 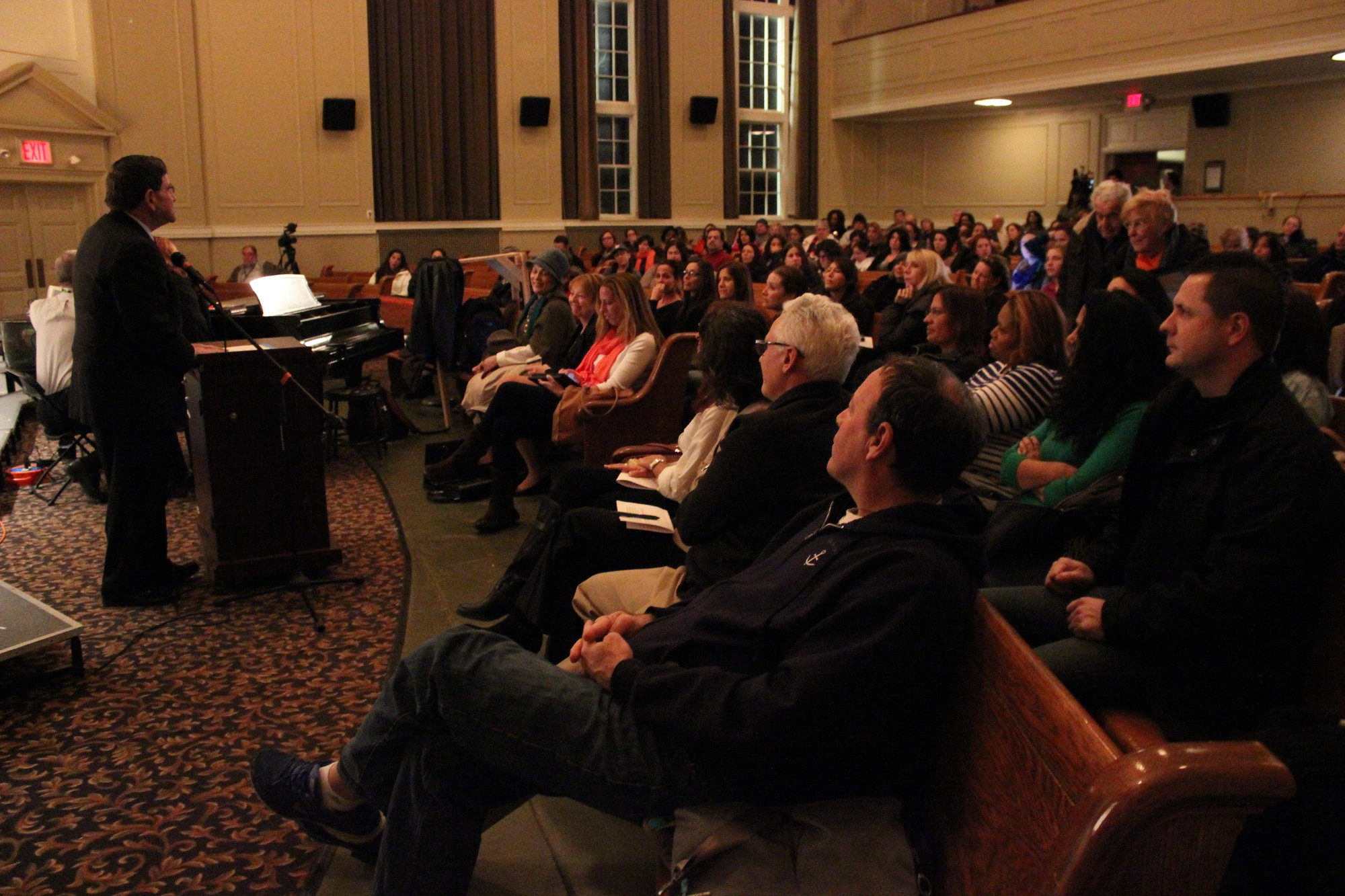 The state’s Board of Regents’ decision to delay 19 education recommendations had many parents and educators at Monday night’s forum at the Lawrence-Woodmere Academy frustrated; they said they would prefer Common Core eliminated altogether.

The delay postpones recommendations that involve rigorous testing and teacher evaluations through the Common Core, a statewide system of teaching standards.
The Regents’ decision, which means that there won’t be full implementation of Common Core standards in New York State until 2021, enables high school students to have more time to meet the standards, offering smarter testing options for students with disabilities, and clarifying what the new grades three through eighth test scores mean for students.

“Speaker Sheldon Silver instituted the delays on Common Core and inBloom, but it’s not good enough,” said Lisa Rudley, director of Education Policy for Autism Action Network. “They’re trying to use the delayed time to come back with a strategy to use against us.”

Rudley, along with three other panelists, spoke to more than 100 parents and educators about teacher and student evaluations, Common Core curriculum standards and student data privacy issues at a public forum, “Our Children Are Not Common, Their Education Shouldn’t Be Either,” at in the Woodmere school’s auditorium Monday night.

Woodmere resident Jamie Marcus helped organize the public forum. “The Common Core standards are state-sanctioned child abuse,” Marcus said. “I really feel that when something is wrong, you should do something about it. Knowledge is power. Everyone is entitled to an opinion, but not when so many people are left in the dark. I’m surprised at how little the public actually knows about what’s going on in our schools.”