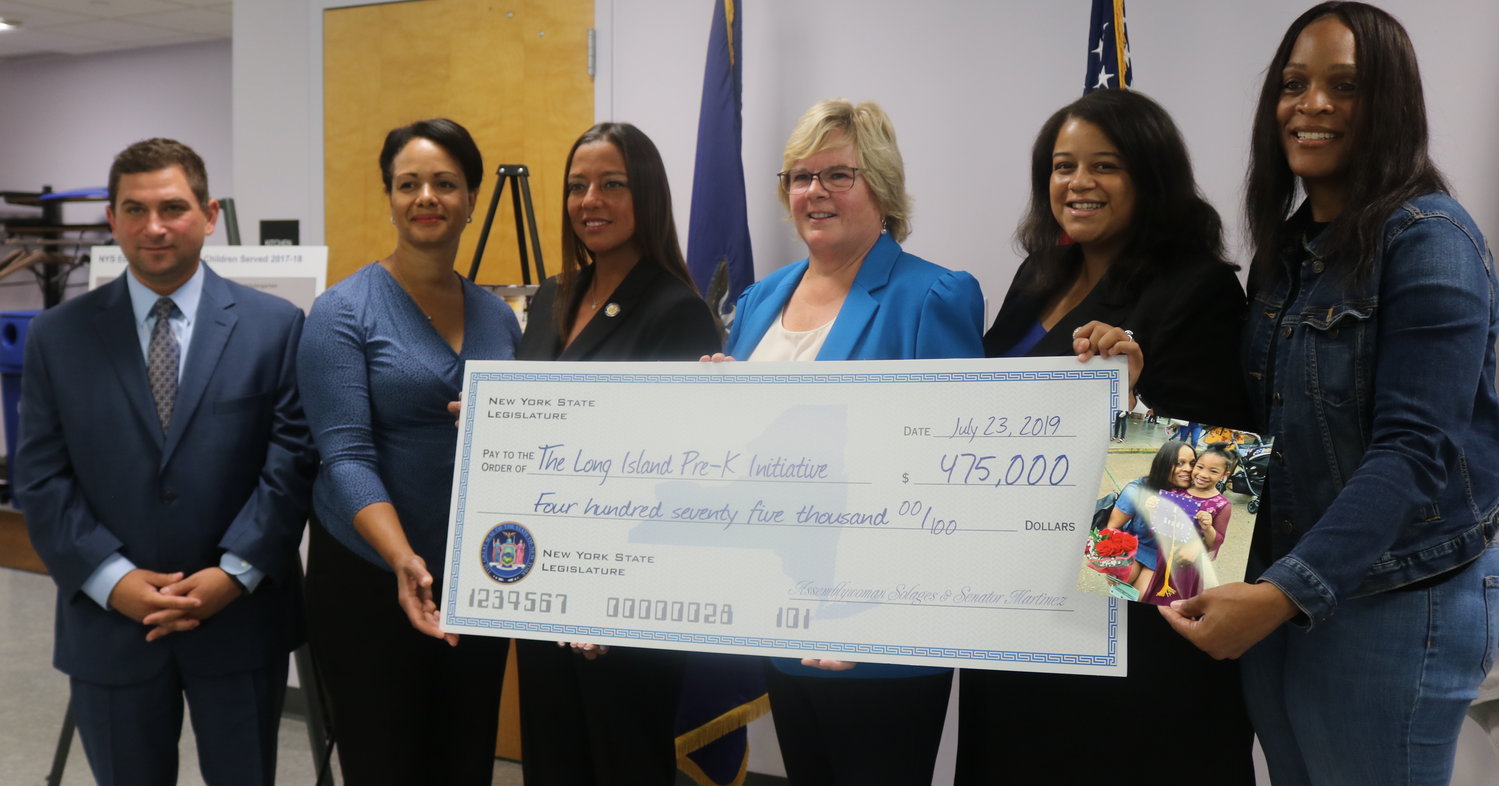 Long Island could be getting one step closer to implementing a universal preschool program with the allocation of $475,000 from the state budget to fund an initiative called the Regional Pre-K Technical Assistance Center.

The money was granted on July 23 to Nassau BOCES’ Long Island Pre-K Initiative, which would oversee the center. The funds would be used to “provide guidance to organizations and school districts planning to start, expand or improve pre-K programs on Long Island,” according to Lucinda Hurley, the coordinator of the Pre-K Initiative.

To do so, the center would seek to support new preschool parents, provide professional development to teachers, work with school districts to determine which ones would like to implement preschool programs, coordinate curriculums among preschools in various districts and help ensure that every district on Long Island has funds for a preschool program, according to State Assemblywoman Michaelle Solages, a Democrat from Elmont who helped secure the funding for the center, along with State Sen. Monica Martinez, a Democrat from Brentwood.

“This money is basically creating an initiative to help facilitate universal pre-K on Long Island,” Solages said, adding that the center would prepare “for when we actually get the pre-K money.”

The state currently allocates preschool funds to lower-income school districts, reasoning that parents in higher-income areas can afford to send their children to private preschools, Solages said. But even those that are considered to be wealthier — such as Valley Stream District 13 — have pockets of poverty, Solages said, and do not receive preschool funding. Some of the districts that do, such as the Elmont School District, may only have enough funding to maintain half-day programs.

“Right now, how preschool money is distributed is something equivalent to ‘The Hunger Games,’” Solages said, referring to a popular dystopian young-adult novel series in which teenagers are forced to fight to the death. “We’re middle-class families. We should get back the money we send to Albany.”

To help address the inequity, she said, the center would highlight the poverty that exists in District 13 to ensure that it gets more preschool state funding in the future, and would help coordinate curriculum between it and the Wooden Shoe Nursery School in North Valley Stream. It would also work with community-based organizations and the Elmont School District to see if it could implement a full-day preschool program.

Additionally, Hurley said, the center would work with existing pre-K programs to see how they could improve their curriculums.

The need for universal pre-K

The Long Island region currently has the fewest preschool slots in the state, and as a result, only 10 percent of 4-year-olds on the Island have access to a full-day preschool program, according to Solages.

But those programs can have long-term benefits for the students. According to the National Education Association, people who were enrolled in preschool ultimately earned $2,000 more per month than those who were not, and “young people who were in preschool programs are more likely to graduate from high school, to own homes and have longer marriages.” They are also less likely to need special education, repeat grades or get into future legal trouble, the NEA maintains.

“This is really about making sure that our 4-year-olds have a leg up in life,” Solages said. “Every year that passes [without universal pre-K], we’re losing the ability to teach the next Einstein or the next Yo-Yo Ma.”

She added that she had always made it a priority to improve education in her district, which includes Valley Stream and Elmont, and said she was confident that Long Island would have a universal pre-kindergarten program “sooner rather than later.”