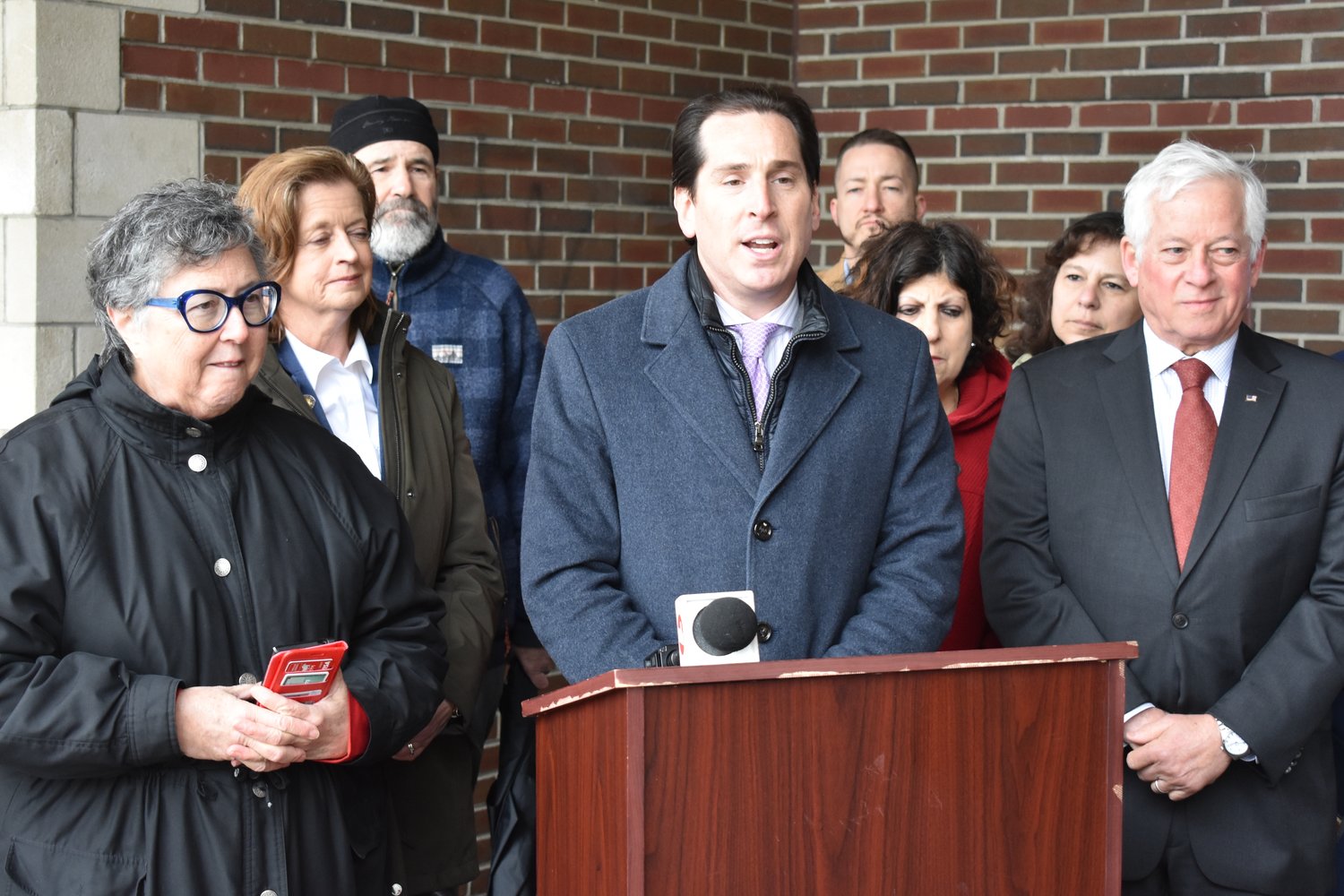 State lawmakers and activists gathered at the Rockville Centre Long Island Rail Road station on March 22 to advocate for funding to be allocated in New York’s budget to help implement the early voting process set to begin in November.

“The legislature took a monumental step earlier this year and decided that early voting was one of the most important — in fact, the preeminent reform — to make our democracy one where there’s greater participation and ultimately a government more responsive to the people,” said State Sen. Todd Kaminsky, a Democrat from Long Beach. “If there are too few poll sites around Nassau County to allow that, that vision will not be realized.”

According to a May 2018 report by the New York State Senate Democratic Policy Group, the state ranks 41st in the nation in voter turnout — 57 percent of eligible voters cast a ballot in the 2016 presidential election. The report included a survey in which 79 percent said they would be more likely to vote in an election if early voting was enacted.

In January, the Democratic majority in the state Senate helped pass a series of reforms intended to make voting easier, including an additional nine days, including two weekends, for people who struggle to get to the polls to cast their ballots ahead of time. New York became the 38th state to pass such a law.

Gov. Andrew Cuomo signed the bill into law, but his proposed budget did not include any funding for it.

Assemblyman Chuck Lavine, a Democrat from Glen Cove who serves as chairman of the Assembly’s Election Law Committee, said it was important that counties do not get “saddled with the extra expense” of implementing the early voting system.

The Assembly and Senate set aside a combined $17 million to cover general operating expenses. In addition, the Assembly allocated $27 million for electronic poll books and scanning devices to print ballots for people who live in different election districts.

Assemblywoman Judy Griffin, a Rockville Centre Democrat, said that the goal is for the Board of Elections to open 19 polling sites in the county for the November elections. Right now, she added, there are seven. She and County Comptroller Jack Schnirman also noted that it’s important to make sure polling sites are accessible for people throughout the county, including those who use public transportation.

Susan Lerner, executive director of non-profit organization Common Cause NY and a leader of the Let NY Vote Coalition, led the news conference. East Northport resident Kathleen Cleary, an early-voting activist, said the reforms would help many voters, like she and her husband, vote, which some years felt impossible.

“Relying on trains, relying on meetings, trying to get everything done and then scrambling to rush to get home to take care of an infant and then try to vote in one day,” she recalled.

Kaminsky said negotiations between the Senate, Assembly and the governor would continue until April 1, when the budget is due, to get the expenses of early voting funded.

“This is something we have fought for for many years,” Lavine said of early voting. “It is obvious that the easier we make it for our citizens to vote, the more likely they are to want to participate in the democratic process.”