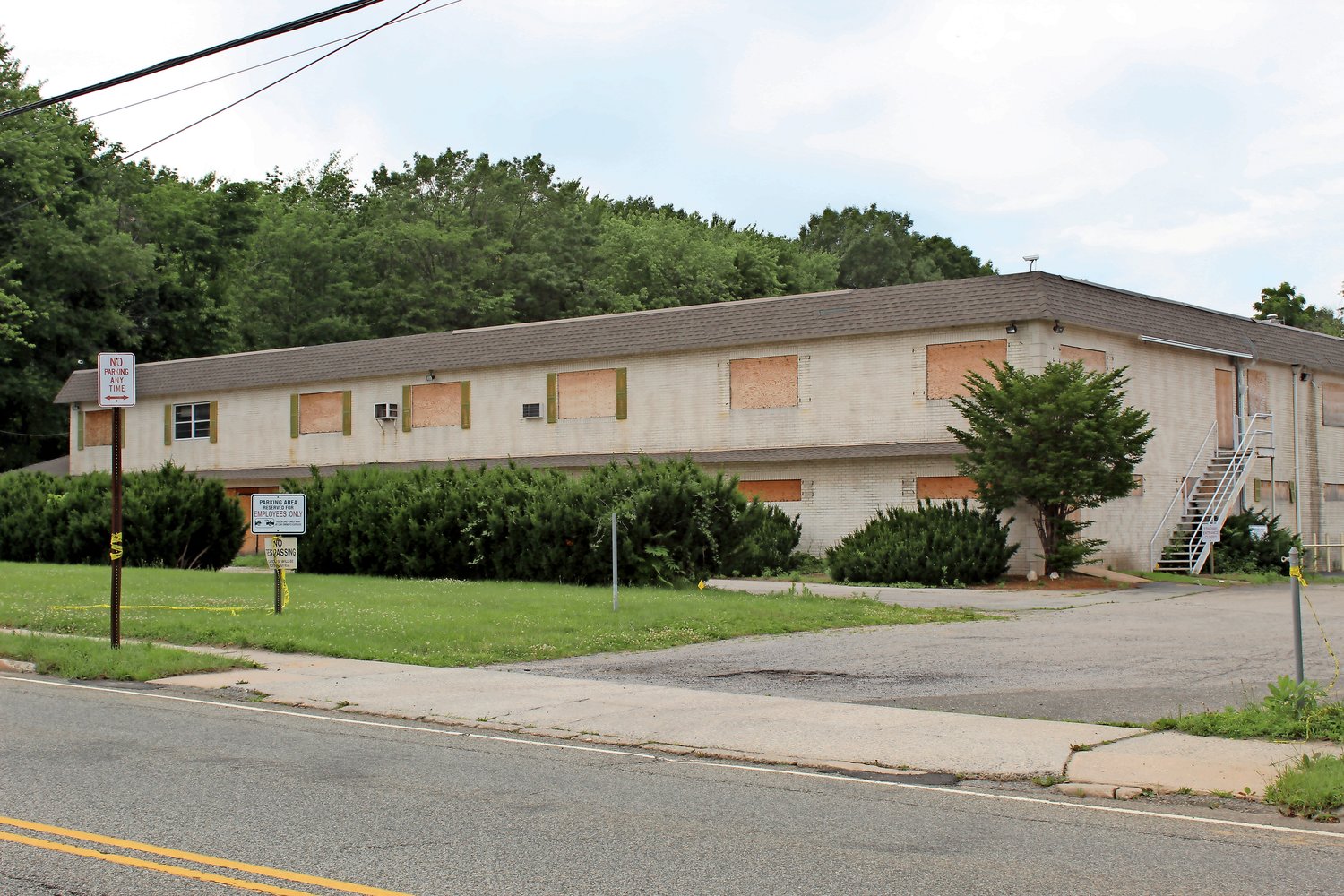 The property was formerly the site of Halm Industries, a printing press manufacturer, and has been on the market since 2014.
Alyssa Seidman/Herald Gazette 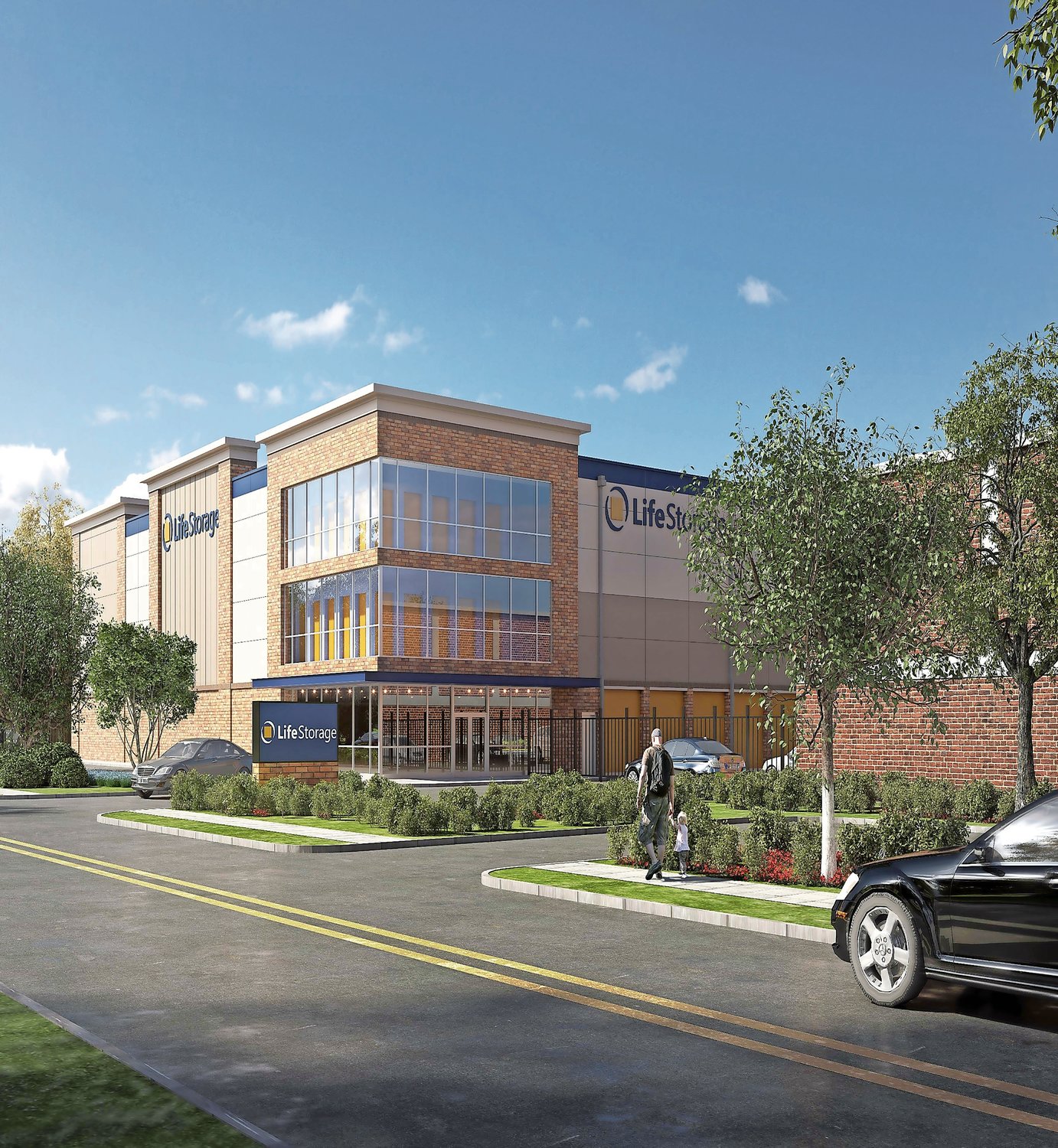 South Carolina-based real estate developer Johnson Development Associates, Inc., has purchased a portion of a five-acre property on Glen Head Road to develop a 102,000 square-foot storage facility. The property has been on the market since 2014 by owner Donald Lyon, and was formerly the site of Halm Industries, a printing press manufacturer. JDA purchased 2.5 acres of the Halm property for $3 million. Permitting for the project is expected to begin this month.

Representatives from JDA spoke to nearly 30 residents at a meeting on June 19 to describe the scope of the project and its impact on the community. In the past, civic groups had met with various developers who were interested in developing the site. According to George Pombar, president of the Glen Head/Glenwood Civic Council, the community desired a developer that would pay their fair share of taxes. The ideal facility, he added, would not add any children to the school district or cause excessive traffic on the already busy street.

Pombar said JDA’s proposal met the civics’ expectations. Natalie Smith, a real estate manager with JDA’s self-storage division, said that taxes at the site now cost approximately $120,000 a year. After redevelopment, she said, the company would pay about three times that number.

Bailey Gaffney, the director of entitlements for JDA’s self-storage division, gave an overview of the project proposed for 180 Glen Head Road. The three-story, climate-controlled building would comprise about 900 units of varying sizes (5x5, 5x10, 5x15 and 10x30). Gaffney said that since there are only three storage facilities within a five-mile radius of the site, demand for storage space is very high.

Life Storage, a self-storage company based in Williamsville, N.Y, would operate the facility; its access hours would be from 6 a.m. to 10 p.m. seven days a week for tenants only. Potential tenants would visit an office on-site to fill out a unit lease agreement, which includes an insurance requirement, Gaffney said. She added that the property would also have 24/7 surveillance and multiple site checks by management throughout the day.

Gaffney said since tenants only visit their units every four to six months — usually on a “seasonal visit” to retrieve decorations or recreational items — the overall impact on traffic is relatively low. The site itself only encompasses 18 parking spaces.

Drivers enter the site from a single access point, which features an entry gate and an exit gate. Once there, tenants are required to enter a pin on a keypad to access the secure area of the facility, which is surrounded by a perimeter fence. Traffic moves one-way around the facility, and tenants can access one of two loading vestibules on either side of the building to access their units.

Dan Peveraro, a civil engineer with The Lauro Group, talked about site aesthetics, which he described as “what you would expect to see driving down Glen Head Road.” He said a small sign would be located 10 feet off the property line lower to the ground, and that 25- to 30-feet of “colorful landscaping” would be planted on the street-side of the property.

A series of 20-foot-high lighting poles would line the rear of the property, he said, and explained that the lights would be affixed with house side shields to prevent light from spilling back into the residential area behind the site.

Many residents were receptive to the idea of having a storage facility in Glen Head. As she admired a rendering of the Life Storage building, one woman said, “I love it.” Byron Nernoff, who lives just down the street from the Halm property, was eager to know the pricing of the units the new facility would offer; he currently has some of his belongings stowed away in a storage facility in Hicksville.

John Cuevo, who lives on Sheppard Street — which intersects with Glen Head Road at the Halm property — said this sort of facility made sense for the area. “What’s there now is an eyesore,” he said. “I learned from people at the meeting that there’s a need for a storage facility, and it isn’t [being developed into] a condo where the traffic would significantly increase.”

Gaffney said permit approvals with the Town of Oyster Bay would occur between March and June of next year and construction would take 10 months. JDA’s goal, she said, is to break ground during the summer.

Cuevo’s one concern about the project is construction vehicles that would inundate Glen Head Road while the facility is being built. “It’ll be hazardous to make a left or right on Glen Head Road with no visibility,” he said. “I would have to bypass the intersection altogether, but it’s a minor inconvenience.”

Pombar said the remaining 2.8 acres of the Halm property, which is zoned for residential use, is being considered by another developer. “We will be meeting with this developer next to discuss his proposal,” he said.