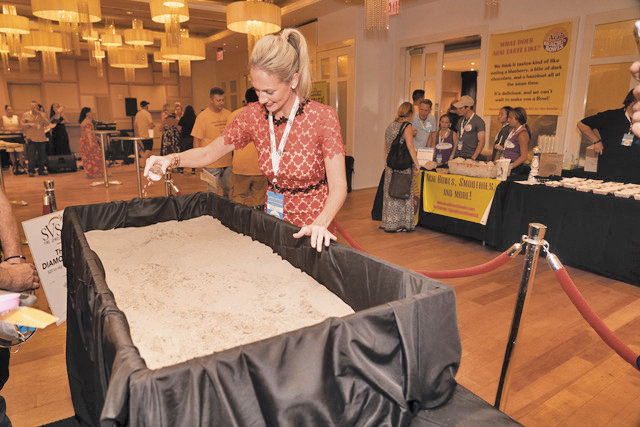 Nicki sprinkled the sandpit with bling at last year’s “diamond dig.” Film festival-goers can participate at this year’s Taste on the Plaza and Casino Night.
Courtesy SVS Fine Jewelry 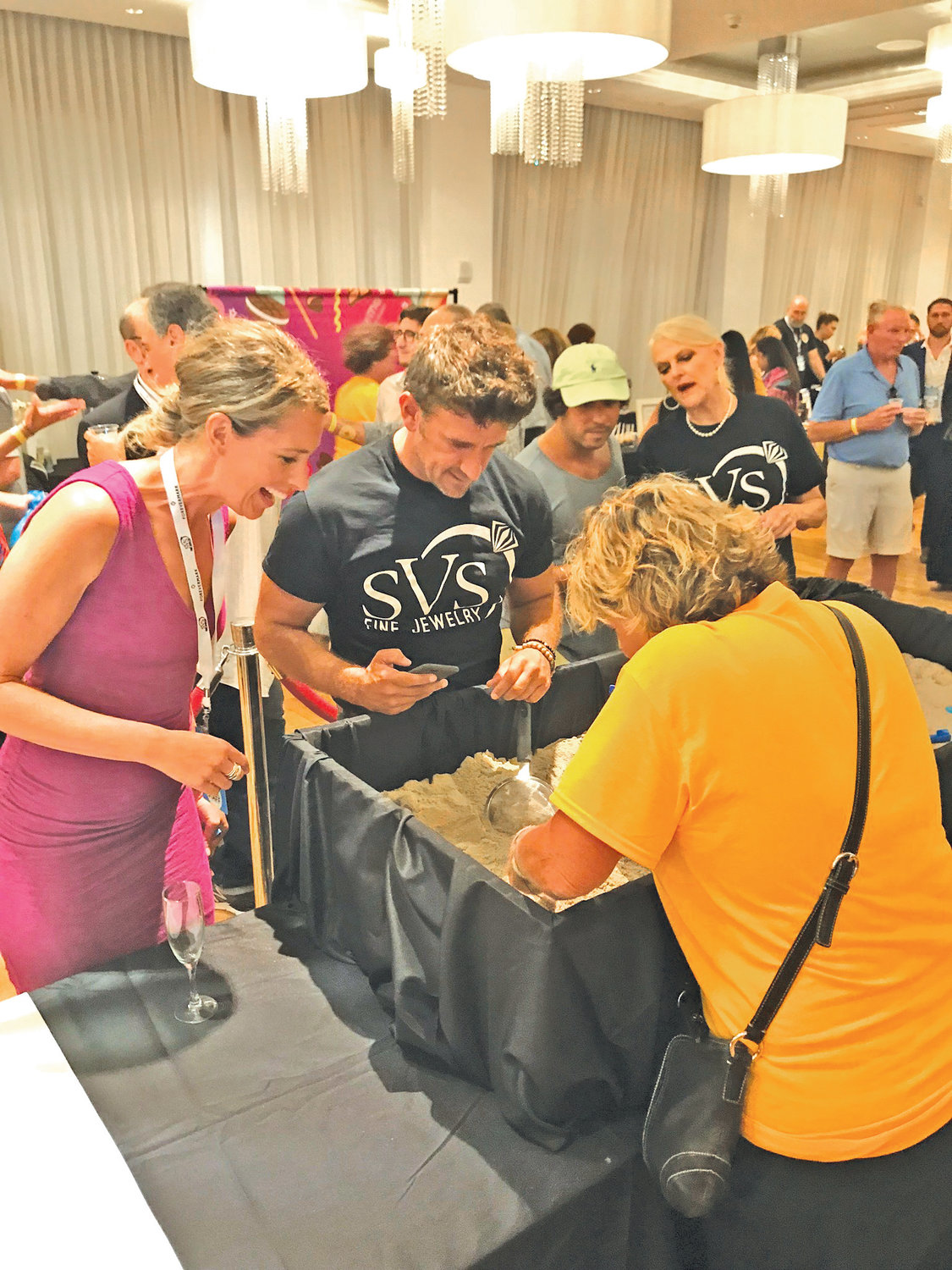 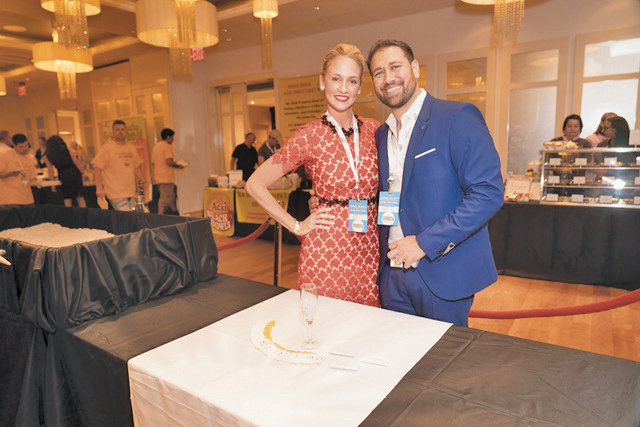 The Saatchi’s son, Maverick, was born prematurely in 2014. Maverick was 2 lbs. 15 oz. and could not swallow due to a birth defect that disjointed the esophagus and tracheas. As a result, he received tracheoesophageal surgery at just two days old. Since Northwell’s children’s hospital doesn’t have a pediatric unit, the couple has taken their son to hospitals throughout the Northwell system for about 15 different surgeries.

“The hospital has been technically amazing,” Sami said, “and the people help you cope and really took care of us. It’s a debt we can never repay, but we’ll try.”

Sami and Nicki have owned the Oceanside-based jewelry store since 2003. For the past four years, they have partnered with Craig Weintraub, founder of Long Beach International Film Festival, to raise money for Northwell’s pediatric surgical unit.

SVS Fine Jewelry is reviving the diamond dig for its second year. At two of the film festival’s special events, there will be a 6-foot sandpit sprinkled with cubic zirconias and four Forevermark diamonds. For $20, guests have a limited amount of time to search for the Forevermarks, valued at more than $6,000. “It’s fun digging for treasure,” Sami said. “People really enjoyed it last year.”

At the 2018 film festival, SVS raised $4,000 for the pediatric unit campaign in just one day with its “Bling and Bubbly” event. They offered guests glasses of champagne for $20. At the bottom of each glass is a cubic zirconia, but one contained a one-carat Forevermark diamond. SVS also ran the inaugural diamond dig and has raised a total of $15,000 so far.

Building on that success, the sandpit fundraiser will be the sole SVS event this year. Guests can find it at Taste on the Plaza on July 31 at 7 p.m. or Casino Night on Aug. 3 at 7 p.m. Nicki and Sami’s goal is to reach $30,000 to donate to Northwell’s pediatric unit.

“We want to raise as much money as possible,” Sami said, noting that Maverick is now a “fantastic 5-year-old, normal kid” who owes his health to Northwell.