Taking a stab at the big leagues armed with a épée 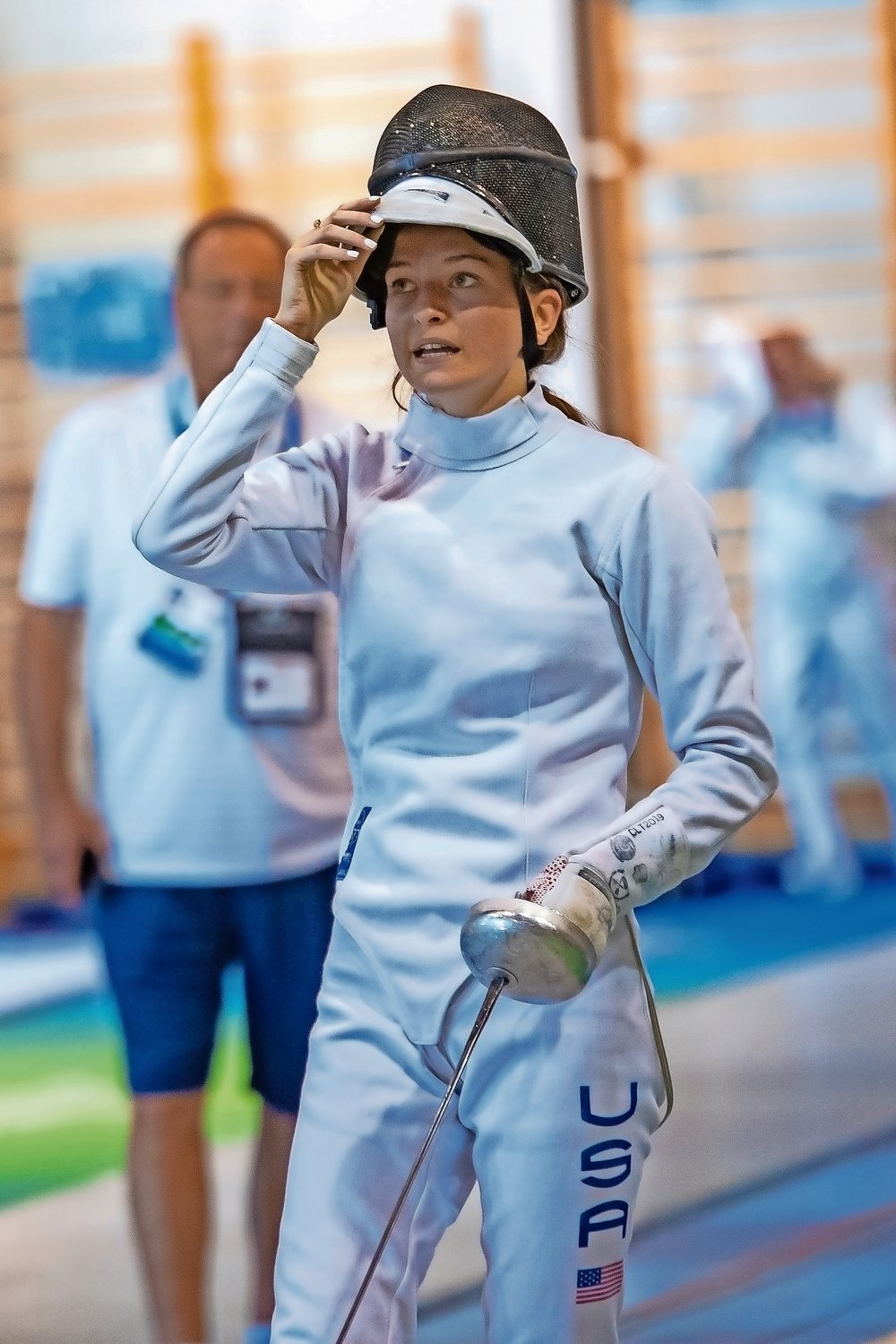 Rachel worked hard and is willing to put in the hours.”
Keith Kowalsky Oyster Bay
By Ronny Reyes

Like most juniors at Oyster Bay High School, Rachel Kowalsky, 17, is hard at work studying for the SATs. But unlike most of her peers, whenever she doesn’t have a pencil in hand, Kowalsky holds a sword, an épée, as she spends nearly everyday training at the New York Fencing Academy in Port Washington.

“She can’t get enough of it,” said Keith Kowalsky, Rachel’s father. “She loves it.”

Rachel first came into contact with the sport when she was in the eighth grade. Because her sister had been a star tennis player, who now competes at Brown University, Rachel’s parents wanted her to find a sport that she could excel at after seeing that Rachel wanted to compete like her sister. Although Rachel played lacrosse and tennis, she described herself as being more interested in her studies and theater. But when a family friend suggested she try fencing, Rachel found herself immediately hooked.

“It was so different from any sport I knew,” Rachel said. “It’s an intellectual game where you’re trying to figure out your opponents moves and study their reactions.”

Head coach Sergey Danilov, co-owner of the NYFA, called fencing “physical chess.” He said the sport encompassed coordination, strategy and flexibility, all of which he found Rachel mastering at a quick pace. Not only does Rachel train with Danilov, but she also heads out to the New York Fencers Club, in Manhattan a couple of nights a week to train with fencers from all over the East Coast. Rachel also competes in various tournaments all over the country, and she participated in her first international competition over the summer at the 2019 European Maccabi Games in Budapest, Hungary.

The EMG is held every four years and acts like a Jewish Olympics, where nations from all over the world send their best Jewish athletes to compete at a variety of sports competitions, including fencing. At the EMG, Rachel represented the U.S. and won two gold medals in the Epee’s single and team competitions. Keith said while Rachel spent most her time in Budapest with her team, he was still glad he went to cheer her on.

“I was so proud when she won and they played the national anthem with her up there,” Keith said. “Rachel worked hard and is willing to put in the hours. It shocks me how fiercely dedicated she is to the sport.”

Danilov agreed that Rachel was truly dedicated to fencing and said that she would continue to grow as an athlete. After competing in a tournament against fencers of her own caliber and coming out on top in October, Rachel was promoted to a B-rating fencer, the second highest rating. Rachel said she’s eager to compete for her A-rating in the near future, but for now, her focus is on the high school fencing season in the winter and her college applications. Like her sister, Rachel hopes to gain admission to an Ivy League university.