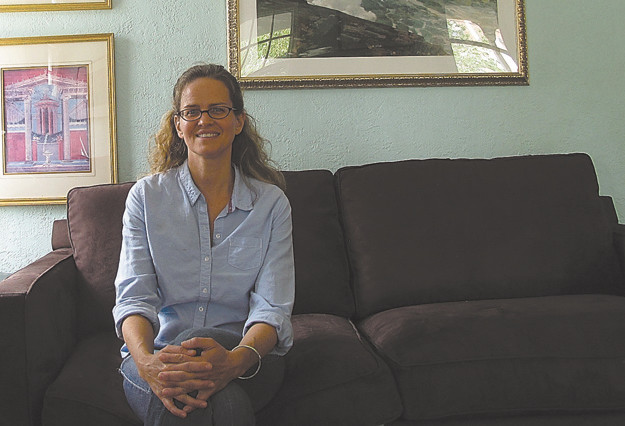 Laura Williams will become the newest member of the Baldwin Board of Education in early July, replacing incumbent Anne Hannon, whom Williams defeated in the May 17 election. A mother of two daughters who attend Plaza School — Claire, 11, and Julie, 5 — and a third, Molly, who is 3, Williams is a former education reporter for the Daily News and the New York Post, and edited the Baldwin and Oceanside Heralds in 1998-99. She has lived in Baldwin since 1997.

Herald: So, how does it feel?

Williams: Wow. Humbling. Exciting. I’d never run for anything before. and now I’m looking forward to getting into the nitty-gritty.

H: What motivated you to run for the seat?

W: Well, I’m very happy with my local school, Plaza, and I think the board has done their best, but my biggest motivation was to serve as a bridge to the community. Getting the public more involved would be great. There’s passion out there, but people aren’t always at the meetings. They aren’t as involved as they could be and I’d like to help harness the energy that exists in this town to get people involved.

H: How will you do that?

W: Good question. I think just by being out there. Listening to people. I’m out in this community. In the supermarket, at the library. I teach yoga locally. I plan to solicit the opinions of the people who make Baldwin a nice place to live.

H: You’ve been lavish in your praise of Baldwin. What is it you like so much about this town?

W: Baldwin is what a suburb is supposed to be. Your kids can play outside with their neighbors. But at the same time, Baldwin’s not a cookie-cutter place, and that creates vitality. People — white, black, brown — all live together here. That’s what makes Baldwin special. I think people are actually moving here now because of the diversity, and that’s something we could do a better job marketing about Baldwin.

H: One issue you singled out in your campaign that didn’t receive top billing from the other two candidates was safety. In fact, you called it one of your top priorities. Could you expand on this a little?

W: Yes. First, I’m not an especially nervous parent or anything. There wasn’t one particular incident that made me fear for our children’s safety. But I do think, essentially, safety and security have to be the number one priorities for all schools. If you don’t think your kids are safe, everything else kind of takes a back seat. I do think Baldwin’s schools are safe, but I also believe that’s something we should never take for granted.

I went to a seminar at the high school a while ago about the dangers social media, texting, photo messaging and Facebook pose to our kids. That’s a type of safety risk that could be easy to underestimate. With the speed at which technology changes, there are new, powerful threats to student safety that aren’t conventionally obvious.