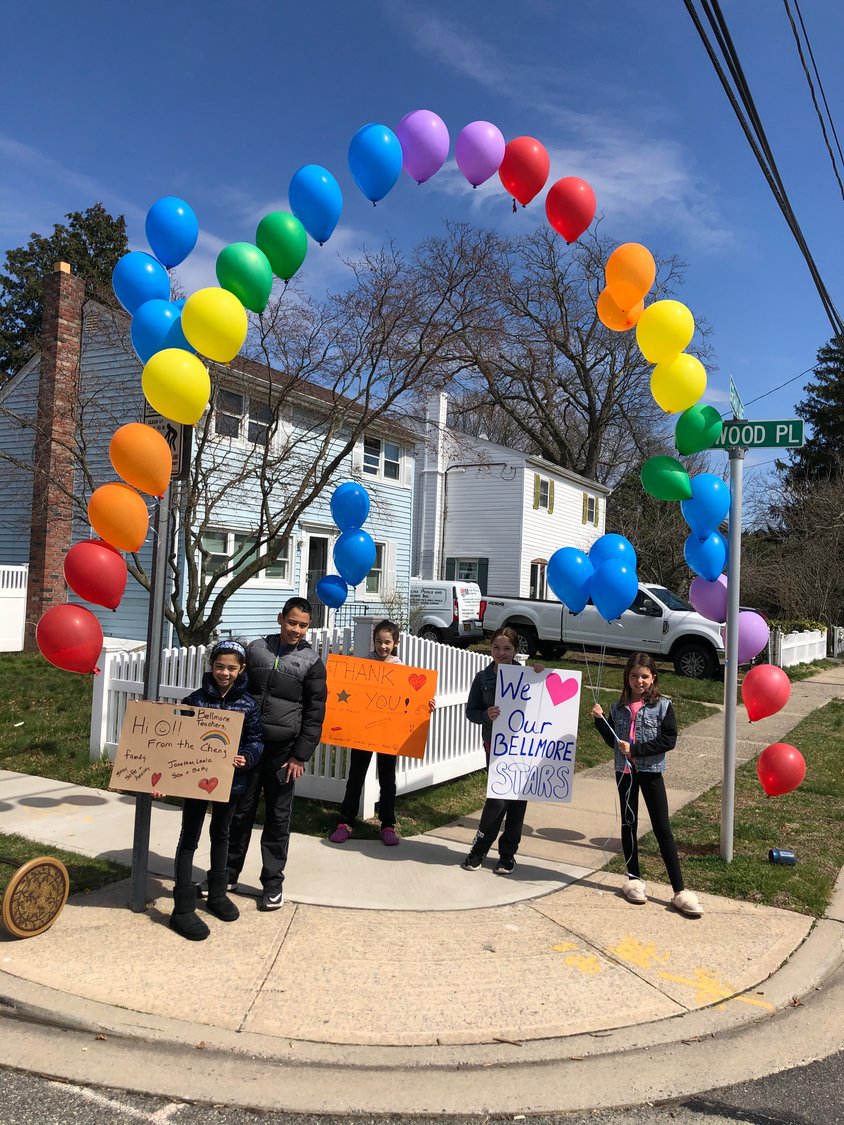 The Cerverizzo created a balloon arch to fly in the sky, welcoming teachers who drove through south Bellmore on March 22 to say hi to their students who are learning from home due to the coronavirus outbreak.
Courtesy Leslie Cerverizzo 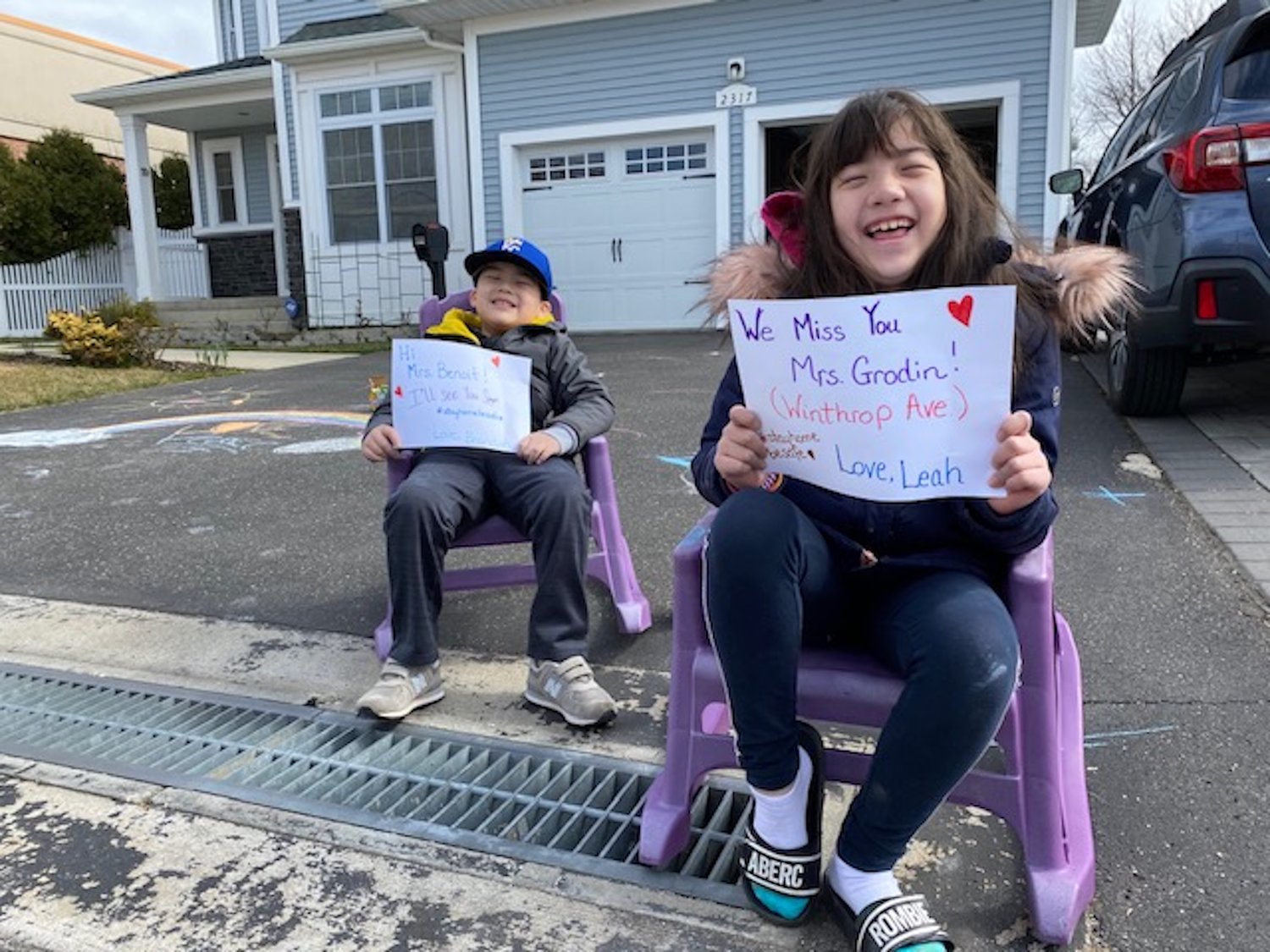 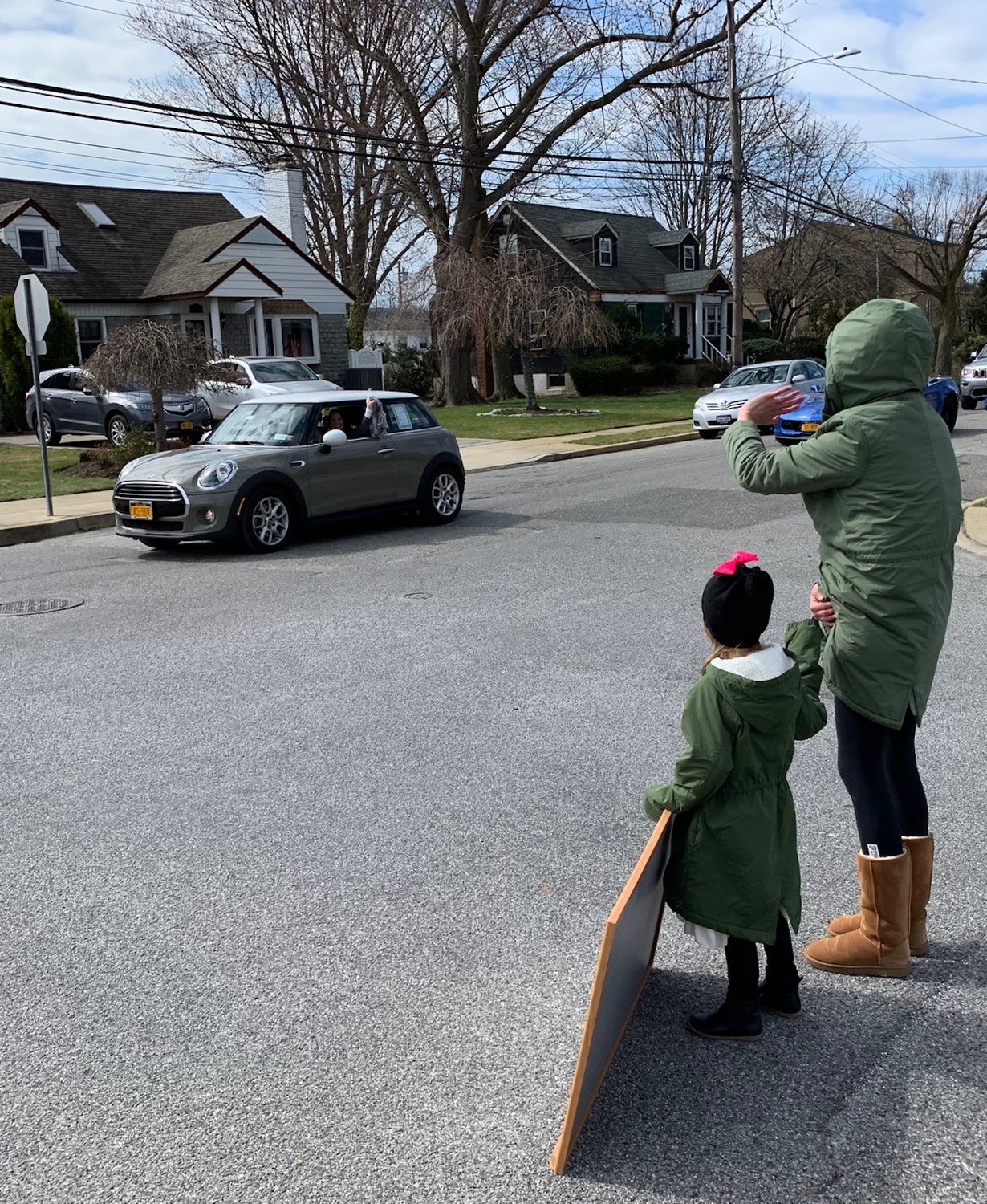 The Hallock family waved to a teacher in her car as she passed their block.
Courtesy Courtney Hallock 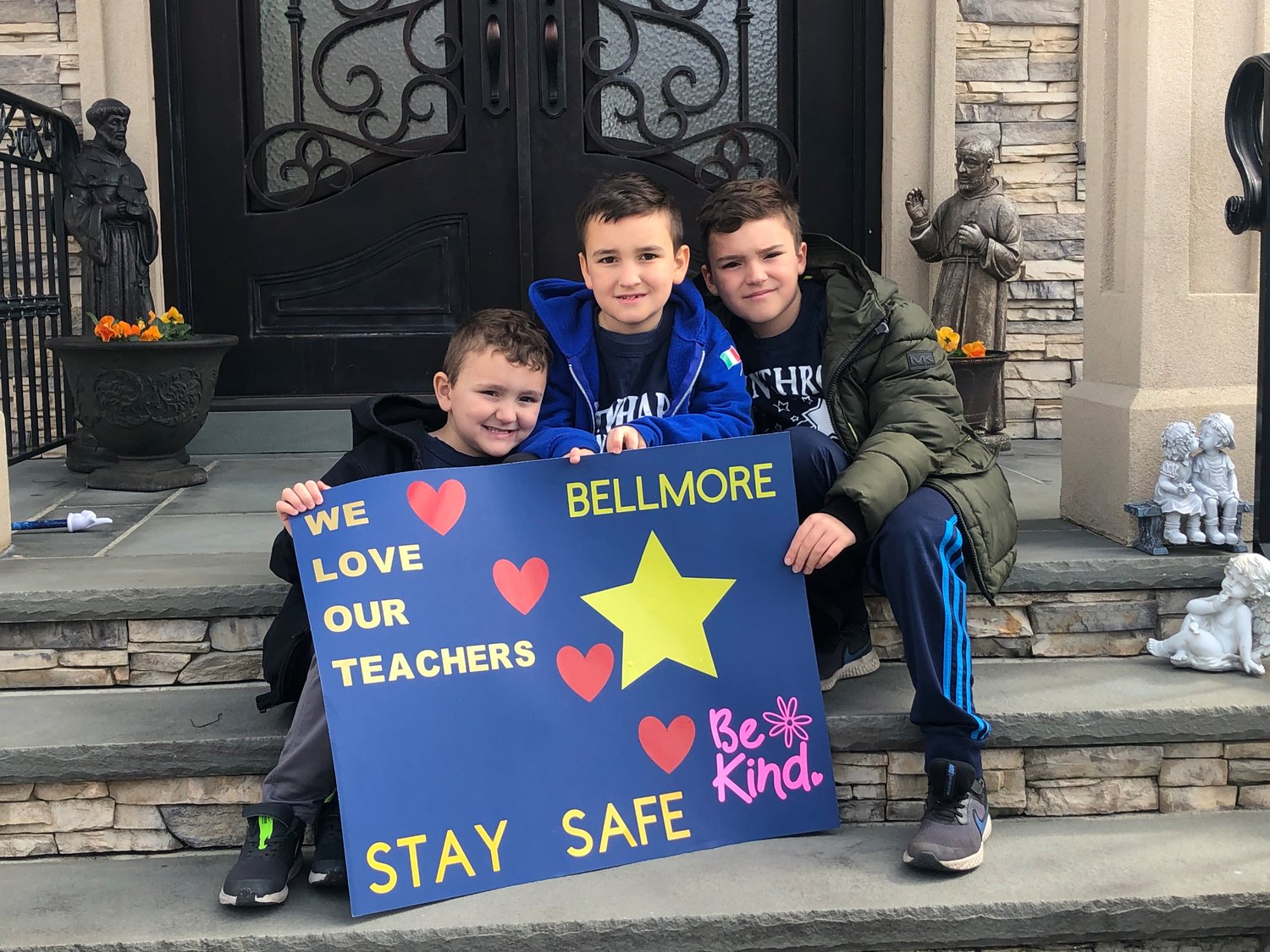 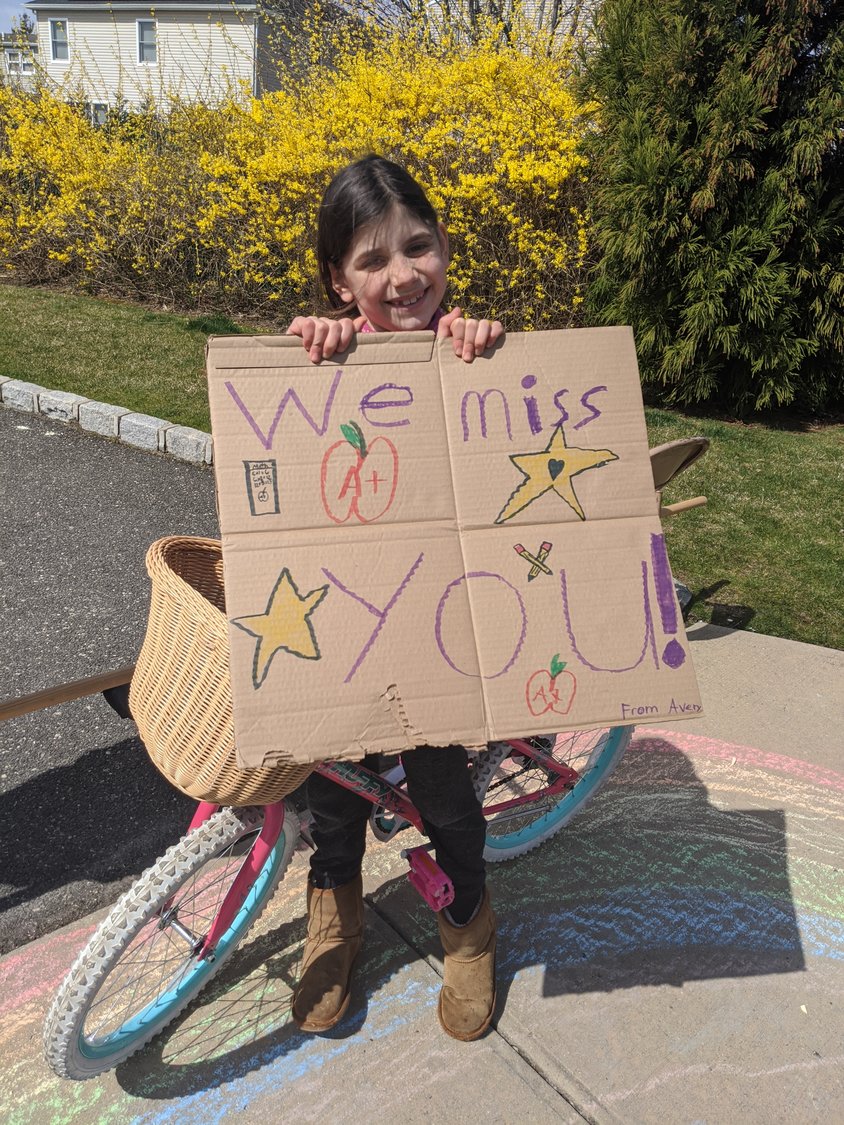 Avery LoCascio, a third-grader at Winthrop Avenue School, created a cardboard sign and drew a rainbow on the sidewalk to show appreciation for her teachers.
Courtesy Debra LoCascio 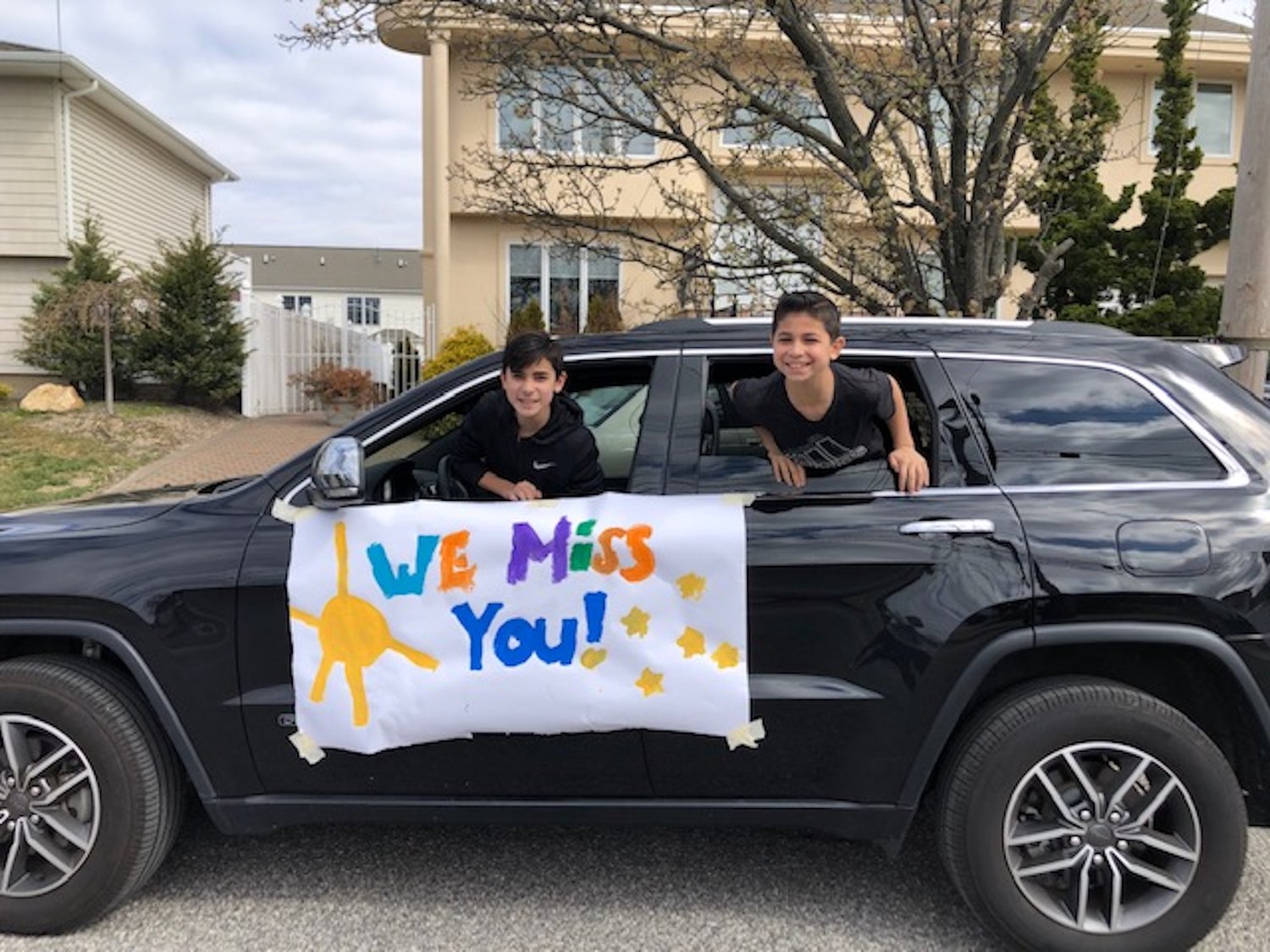 Brothers Jayden, 12, and Jared Eisenberg, 10, used their parents’ car to send a special message to their teachers.
Courtesy Heather Eisenberg 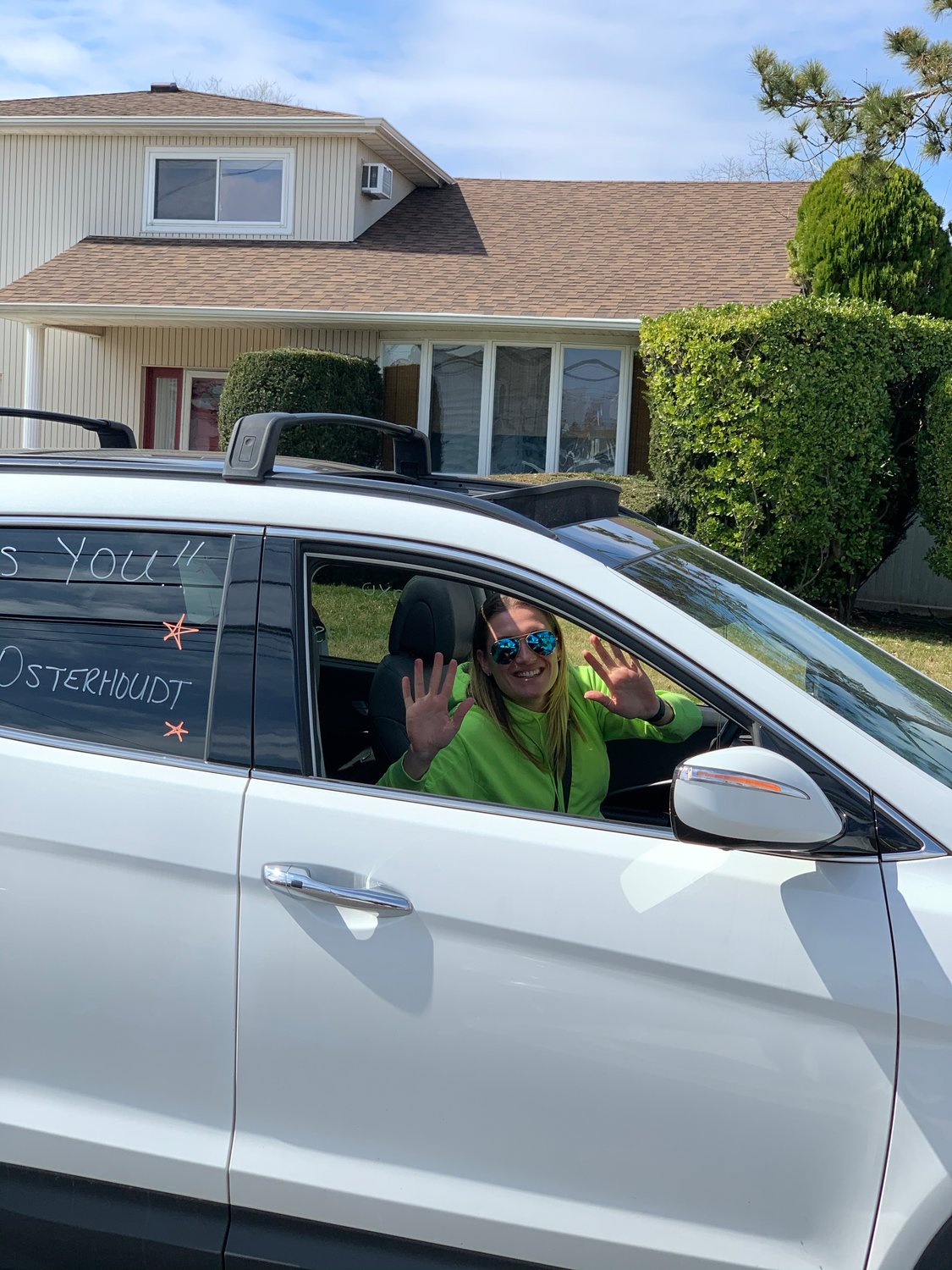 Shore Road School fifth-grade teacher Nicole Osterhoudt waved to her students from the safety of her car.
Courtesy Abby Sebolsky 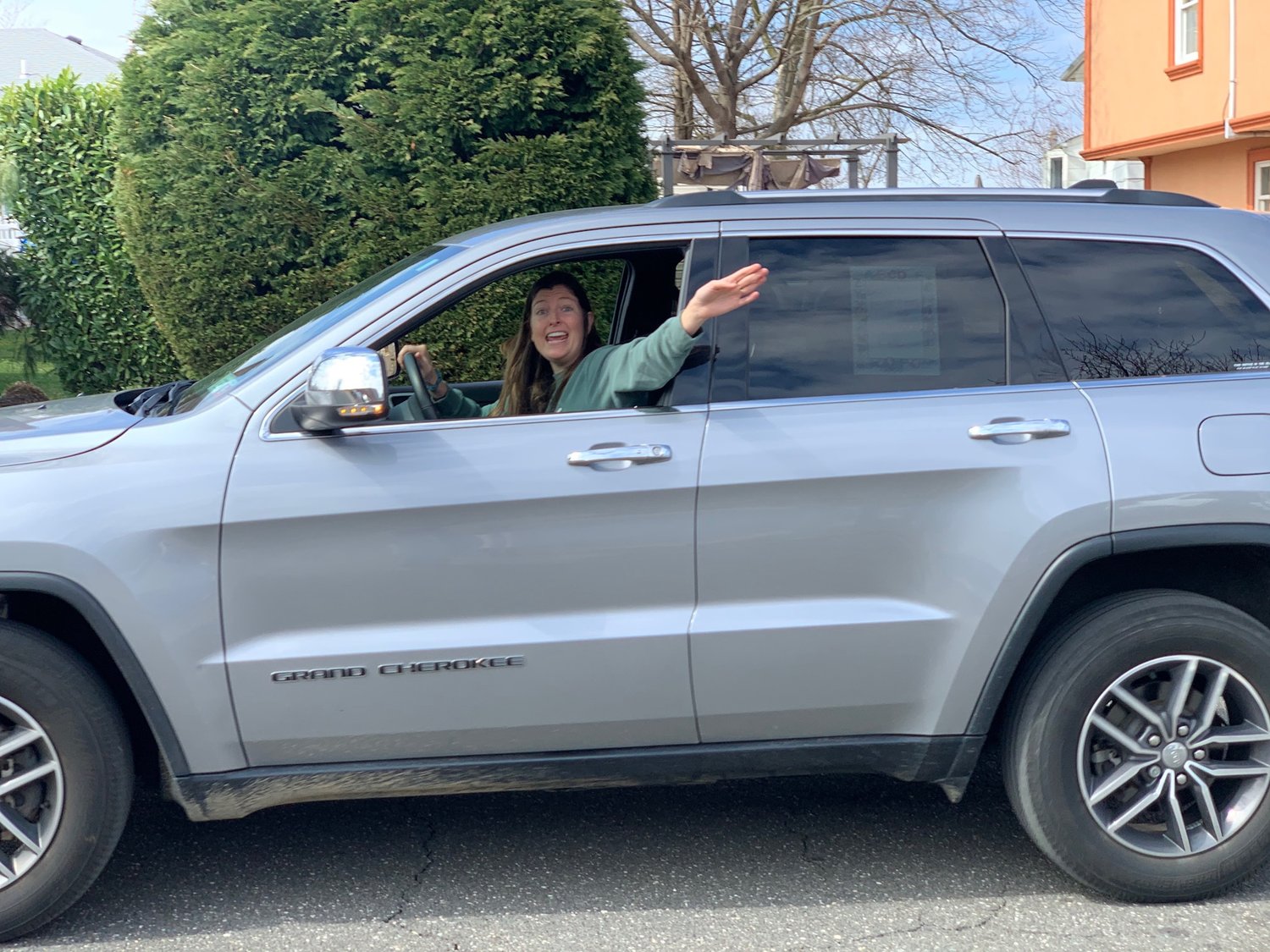 Reinhard first-grade teacher Katelynn King was excited to see her students after school was temporarily shut down.
Courtesy Ilan Felix
Previous Next
By Alyssa Seidman

On an otherwise quiet morning in south Bellmore, residents could hear the sound of car horns blaring through the neighborhood, as more than 70 teachers from the Bellmore School District took to the streets in a parade-like fashion to say hi to their students from a safe distance.

The sidewalks were filled with families brandishing homemade signs and waving fervently at teachers they recognized. Some teachers brought their families and pets along for the ride, while others decorated their cars with balloons, streamers and signs, one of which read: “We miss you!”

The “teachers’ parade” was organized by the Bellmore Elementary Parent Teacher Association, which encompasses the families and faculty from Charles A. Reinhard Early Childhood Education Center, Winthrop Avenue School and Shore Road School. Due to the coronavirus outbreak, schools are closed through April 1 under state mandate, but that didn’t stop Bellmore’s teachers from seeing their students.

“I’m super proud of the staff, teachers and PTA for stepping up in these circumstances,” said schools Superintendent Dr. Joseph Famularo. “It showed tremendous leadership, and we’re going to continue to do that for this community.”

On March 22, around 11 a.m., families began to hear a symphony of honks coming down their block. Parent Courtney Hallock, who has a daughter at Reinhard, said that once she and her family heard the sound, they “went running” to watch the parade. “My kindergartener has been missing school and her teachers so much,” she said.

Bellmore parent Christie Gardner said her three daughters were singing and dancing in anticipation of the parade. “As [the cars] started to come down our street, the excitement in my daughters’ faces was amazing,” she said. “I will never forget this day.”

Katelynn King, a first-grade teacher at Reinhard who participated in the parade, said the spectacle was “an incredibly emotional experience.” “There’s no greater reward than seeing how happy and excited the kids and their families were,” she said. “I am humbled to be a part of the Bellmore community of learners, and I miss them tremendously.”

Jenn Gorey, whose husband, Stephen, is an art teacher in the district, joined him for the ride-along, saying, “It was unbelievable how many families came out to wave and say hi.”

Parent Elizabeth Scuccimarri, who has three sons in the district, sent an email to her first-grader’s teacher, Angela Coogan, the day of the parade to say how much her son missed her. “They didn’t pass our house,” Scuccimarri said of the parade, but, “Mrs. Coogan emailed back right away and came to see us and say hello. She really went above and beyond to give my son a smile.”

On Facebook, multiple parents praised the teachers for lifting the community’s spirit during a difficult time. Some remarked watching their children smile with joy as the parade passed by; others said it caused tears to brim in their eyes; another said it gave her goosebumps.

“It was an unbelievably touching moment where students and teachers connected in a way words cannot express,” said Winthrop Avenue parent Soula Sotirakos. “It will be something these students will forever hold dear in their hearts.”

“This parade gave our entire community a much-needed boost,” added Winthrop Avenue parent Abby Sebolsky. “It was yet another sign that this district has the most dedicated, engaged teachers that we could ever ask for. Their commitment to the kids and their families is unwavering, even during the hardest of times.”