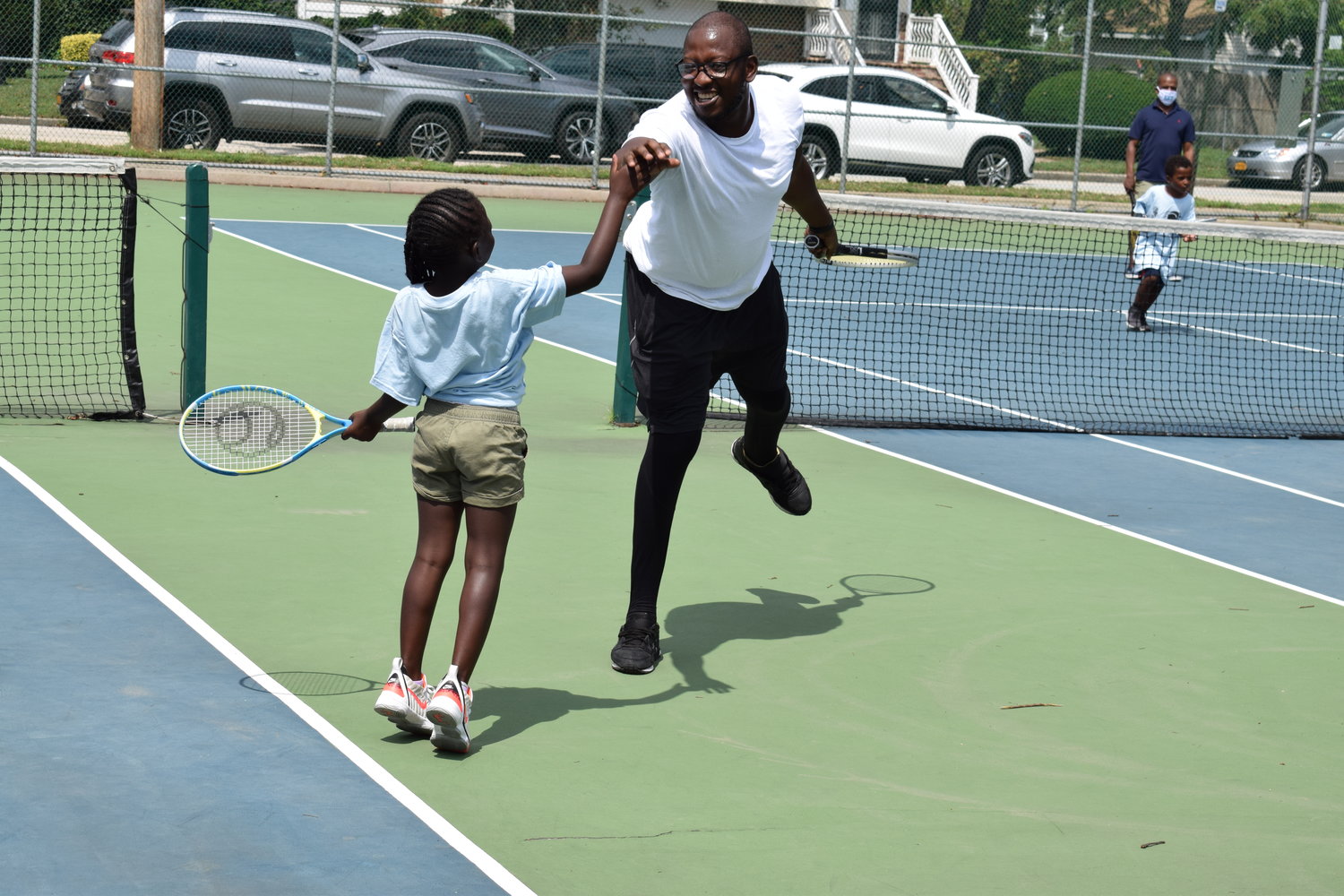 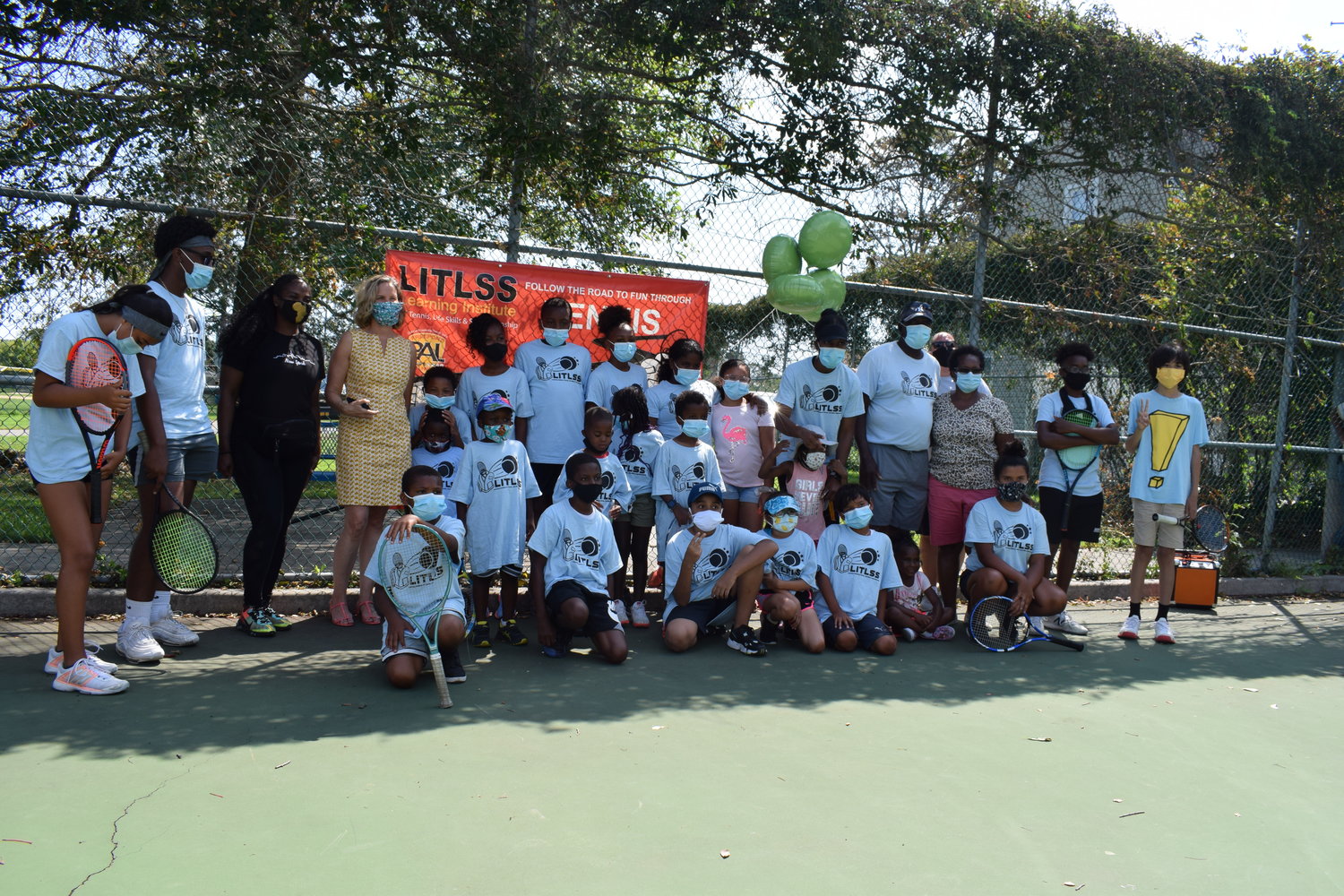 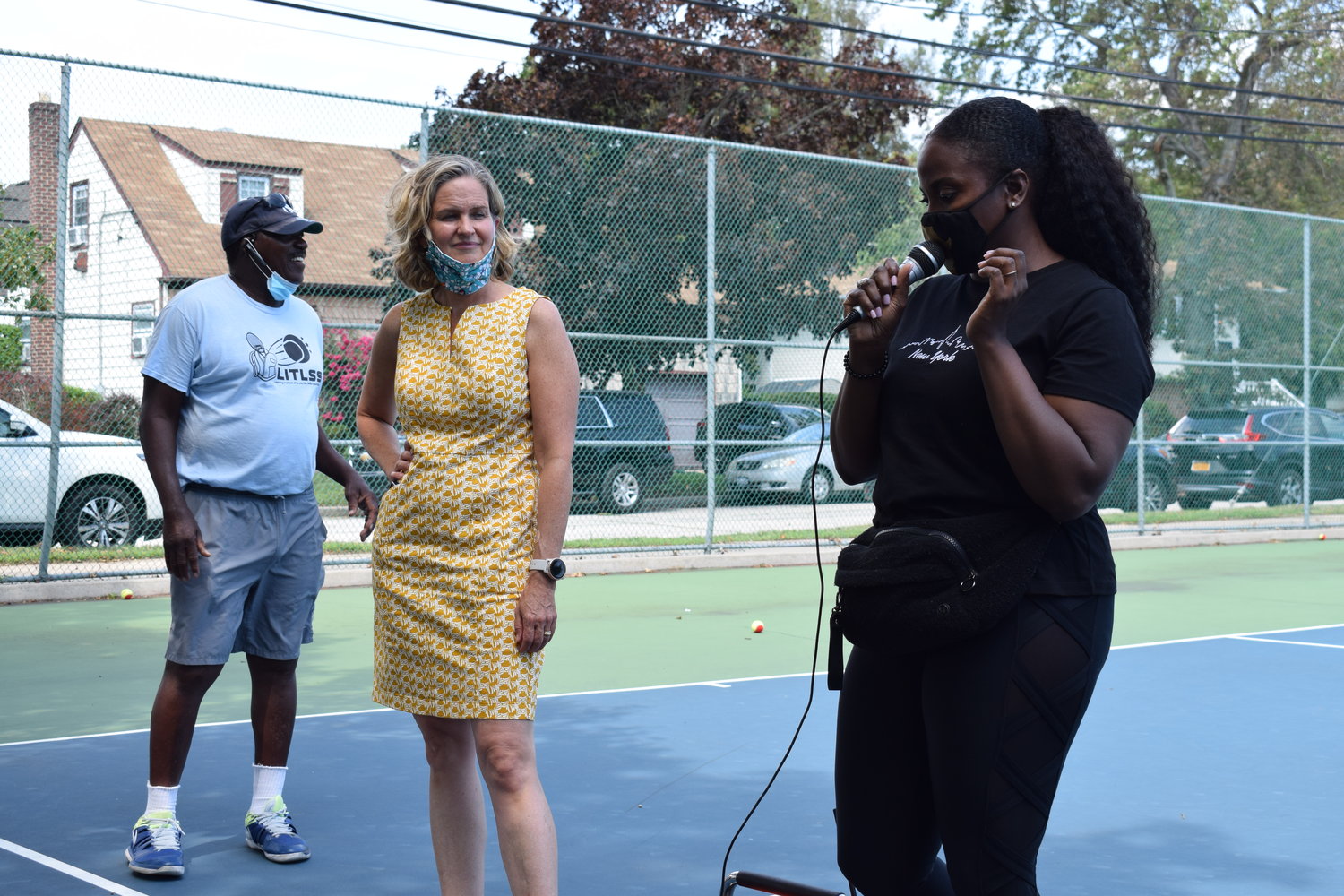 With the pandemic shutting down summer camp programs throughout the area, Obeng Dwamena, of Freeport, was having trouble finding a way to keep his daughter, Aneesa, 6, occupied and out of the house.

When Dwamena drove by Bishop Frank O. White Park in July, he spotted his solution in the form of the Learning Institute of Tennis, Life Skills and Sportsmanship’s annual summer program, where kids of all ages gather to play tennis for 6-weeks at the park.

“We couldn’t sign her up fast enough,” Dwamena said. “She had been stuck in the house all day with nothing to do, and this gave her a chance to get out of the house, stay active and socialize.”

As the summer program came to an end on Aug. 14, both parents and local elected officials stopped by to hold a closing ceremony in celebration of another successful summer.

Daniel Burgess, LITLSS president and Freeport’s resident tennis guru, has been running the summer program for more than 30 years. He helped develop the tennis courts at Bishop Frank O White Park, which stand less than a minute away from his house across the street on Parsons Avenue.

Through LITLSS, a local nonprofit, Burgess helps foster a love of tennis, self-respect and leadership among local youths.

Many have gone through the program and learned to play tennis with Burgess, including Nassau County Executive Laura Curran and State Assemblywoman Taylor Darling, who both stopped by during the closing ceremony on Aug. 14.

“Danny taught my daughter to play for years, and it’s great to come to Freeport and see more kids playing tennis in this amazing program,” Curran said.

“Danny got me into the sport back when I was campaigning,” Darling said. “This is the kind of thing we want to thrive in our communities and in our local parks.”

While the summer program is a staple of the community, Burgess was afraid that this would’ve been the year he would have to cancel the program because of the pandemic. Fortunately, LITLSS was able to win several grants to finance the program, and there was plenty of interest in the local and surrounding community.

About 20 kids from ages four to 16 joined the summer program, which adhered to Covid-19 regulations by having the kids wear masks and practice social distancing.

Ashley Horishny, who coaches the kids with Burgess, said the kids practice tennis from 10 a.m. to noon. At noon, they take an hour break to eat lunch and play in the park. Then, from 1 p.m. to 3 p.m., the kids play games against each other to hone what they’ve learned.

“It’s the perfect thing for them to stay safe while being active,” said Larry Ham, who enrolled his son, Isaac Ham, 10, in the program. “He gets hours of exercise and comes home nice and tired.”

Jacki Binder, a LITLSS board member, went through reading and writing exercises with the students at least once a week to keep their studying skills active in the summer.

Along with the usual tennis practice, Burgess also had kids run a lap of the nearby baseball field. He said that while some kids can barely finish it the first time, some are able to run two laps by the end of summer.

“I think it’s an important exercise because it’s a good way to show them how much they’ve grown by taking part in this,” Burgess said. “Everyone loves baseball, soccer, football. Those are always the most popular sports. But I want everyone to know that this program is here for them. Get me the kids who don’t want to play those other sports and are interested in something else. I’ll gladly take them.”