The art of the funeral, passed down through generations 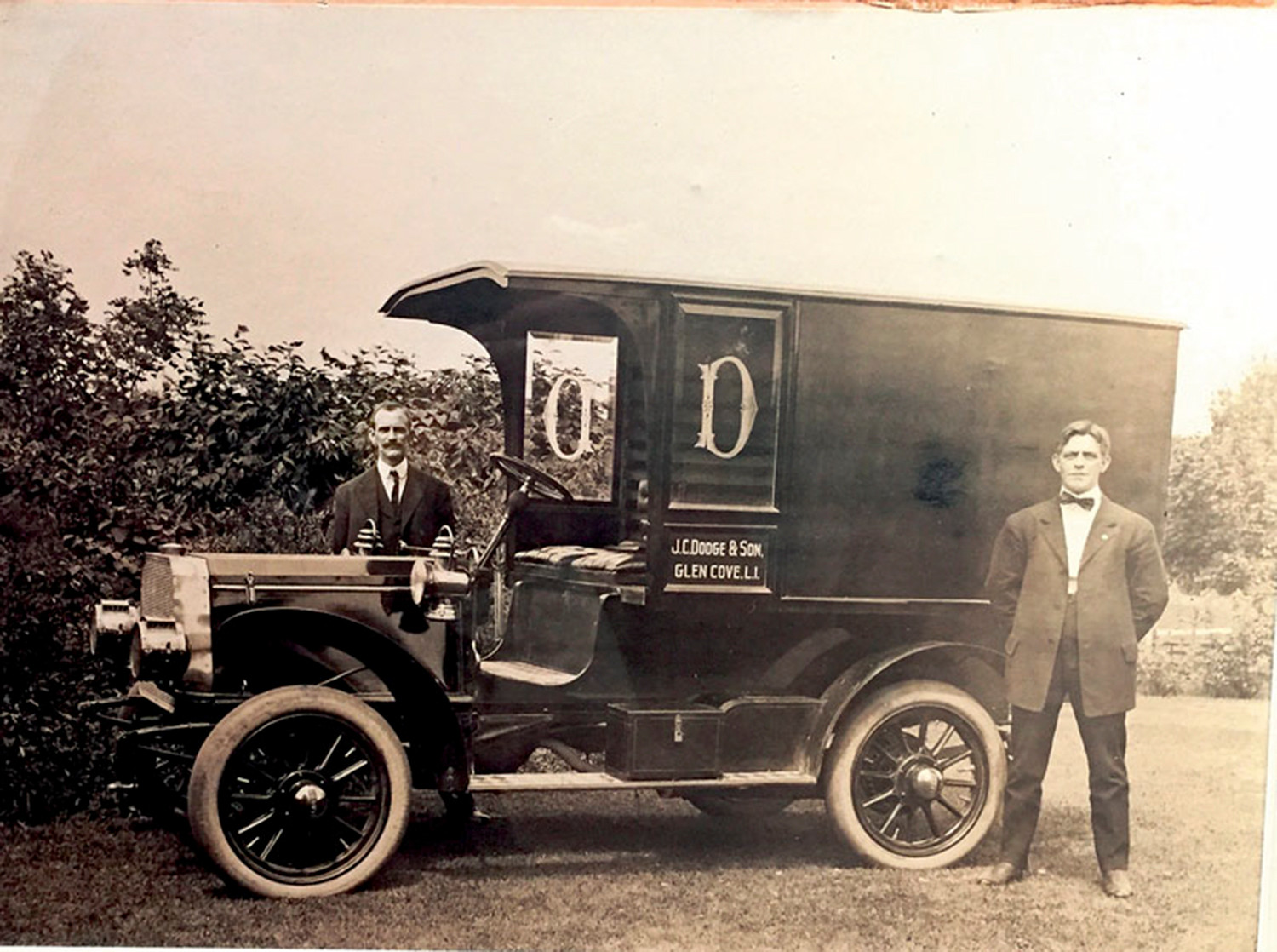 In a way, Glen Cove’s oldest business, the Dodge-Thomas Funeral Home, owes its longevity to John Wilkes Booth, although its history goes back much farther, to the mid-1700s.

The Kirby family were early settlers to the North Shore of Long Island. They made a living doing carpentry, making and selling mainly wheels for horse-drawn carriages.

Their first foray into the funerary arts came when a farmer from the area asked the Kirbys to make a casket for his recently deceased wife. Death being one of the universal absolutes, the Kirbys added burial boxes — sure to be in steady demand — to their wares, and continued making them for those in the area.

Around the turn of the 19th century, a Kirby daughter married Jordan C. Dodge, who took over the wheelwright’s workshop and began using it to construct furniture. The family continued to build caskets, and in 1816 officially began directing funerals.

In 1865, when Booth assassinated President Abraham Lincoln, the funerary arts were still just a side-gig for what was then the Dodge Furniture Company. Preserving the deceased’s remains through embalming wasn’t the mortician’s staple that it is today. Burials were held soon after death to avoid the natural decay process.

That changed when Lincoln’s funeral train, dubbed “The Lincoln Special” carried the dead president’s remains by train on a two-week long journey from Washington D.C. to his home state of Illinois, stopping in 180 cities along the way for a series of open casket processions.

The tens-of-thousands of mourners around the country must have been impressed by the posthumous preservation of the president, because shortly after, embalming became the norm, and the mortuary industry was launched.

About 30 years later, in 1894, Dodge Furniture Company expanded its funerary capabilities by converting its old warehouse at 26 Franklin Ave. into a funeral parlor. Since then, the Dodge-Thomas Funeral Home has been passed down the generations of proprietors, sometimes from one family to another. But it has remained an open and operating funeral home, making it the oldest in the state, and the second oldest in the country.

That history, said Greg Minutoli, one of Dodge-Thomas’ current funeral directors, is partly responsible for the quality of service they provide. “That was one advantage we always had, being here such a long time,” he said. “We were always taught the way things were done.”

It’s the little things, Minutoli said, that make a big difference for a family in mourning. “It’s all to let people know that we care,” he said, from handwritten pages, to the floral arrangements, to the way that he comforts the grieving.

Minutoli’s family grew up in Glen Cove, a stone’s throw from the funeral home. As engrained into the fabric of the community as Dodge-Thomas is, so to are the people who run it.

Sometimes, Minutoli said, he knows the deceased. “A lot of the time,” he said, “it’s secondary. A friend of a friend.”

Occasionally though, the job and his personal life intersect in uncomfortable ways. He said that the hardest part of his job is helping arrange a funeral for a friend. “After funerals like that, [the deceased’s family] always associated me with the death of their loved one.” He choked up, adding, “I never wanted them to see me and think of a bad time.

“This business is all about bittersweet,” Minutoli said. “There’s nothing I can say [to a grieving family], there’s no magical words. What I can do is be there for them, answer their questions and reassure them that it’s going to be OK, that we’re going to help them through it in whatever way we can.”