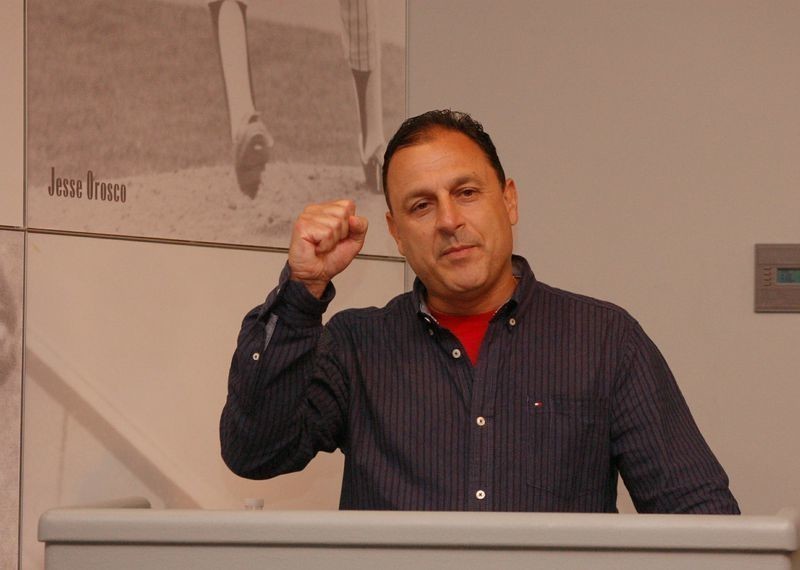 Any fan worth his crackerjack knows that the Hall of Fame has been baseball’s version of paradise ever since the museum opened its doors in the tiny village of Cooperstown 75 years ago. Cooperstown is the place where all things baseball are celebrated, and the greatest of the great are immortalized, starting with an inaugural class of inductees that included Babe Ruth, Ty Cobb, Walter Johnson, Christy Mathewson and Honus Wagner. Little kids, and often big ones too, dream of the day when they will be guests of honor at the Hall.

On August 28, Oceanside High School teacher Frank Nappi became one of the very few to realize that dream. No, the Hall did not unveil a bronze plaque bearing Nappi’s likeness, but he had his moment in the sun just the same. The writer of four novels, including two about baseball, Nappi was invited to speak and sign copies of his books at the Bullpen Theatre as part of the Hall of Fame’s Summer Author’s Series. For one day, he was every bit the attraction as Ted Williams, whose life-sized statue greets the Hall’s 300,000 annual visitors at the entrance.

“It was exhilarating and incredibly gratifying,” said Nappi, who has taught English and creative writing at Oceanside High School for 25 years. “There are a lot of books out there, and to be selected to speak at the Hall of Fame was an honor. There I was, amidst the ghosts and all of the storied past.”

At the Hall, Nappi talked about the inspiration for, and the creative process involved in writing, his book “The Legend of Mickey Tussler,” which tells the story of a 17-year-old pitching phenom with autism. The book won acclaim from every corner—from critics to fans to famous players to the organization Autism Speaks. A sequel, “Sophomore Campaign,” was published in 2012 and a third book in the series, “Welcome to the Show,” is expected to be on bookshelves early in the 2016 baseball season. “The Legend of Mickey Tussler” was also the basis for the 2011 film “A Mile in His Shoes,” starring Luke Shroder and Dean Cain. Nappi was a consultant for the movie.