Merrick man sings of 'The Mournful Death of Heather Heyer' 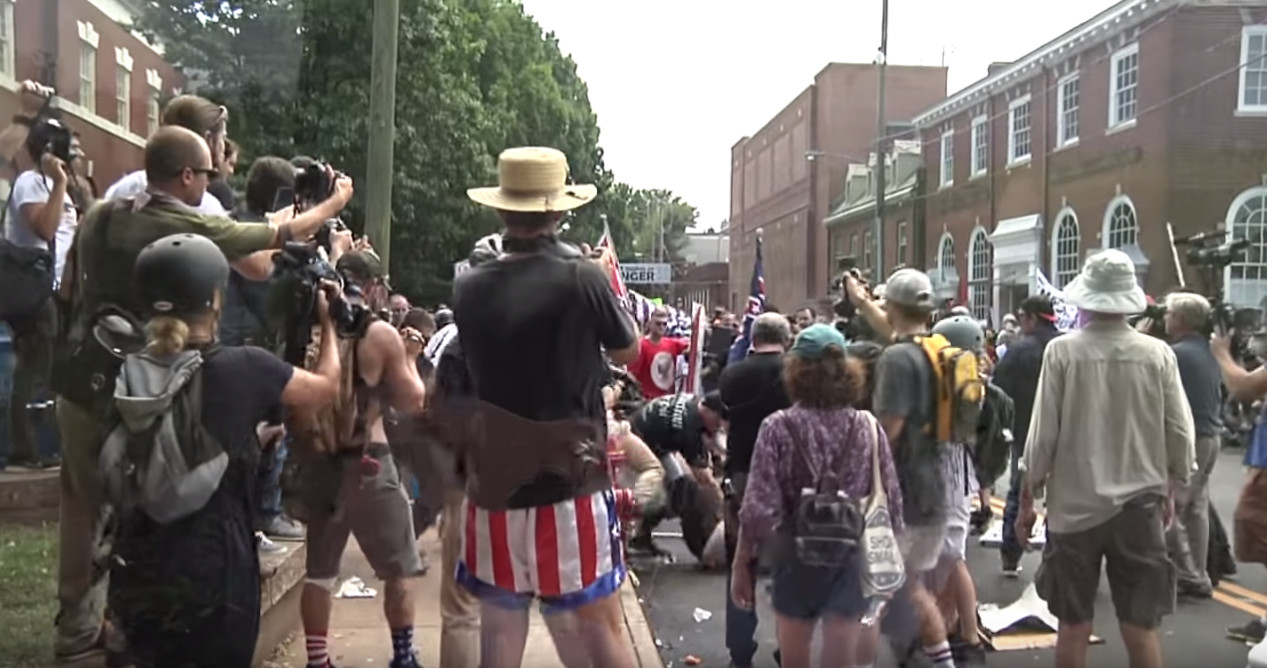 Footage from the clashes between white supremacist demonstrators and anti-fascist protesters in the streets of Charlottesville before Heather Heyer was killed.
YouTube screenshot/CBS-19 News 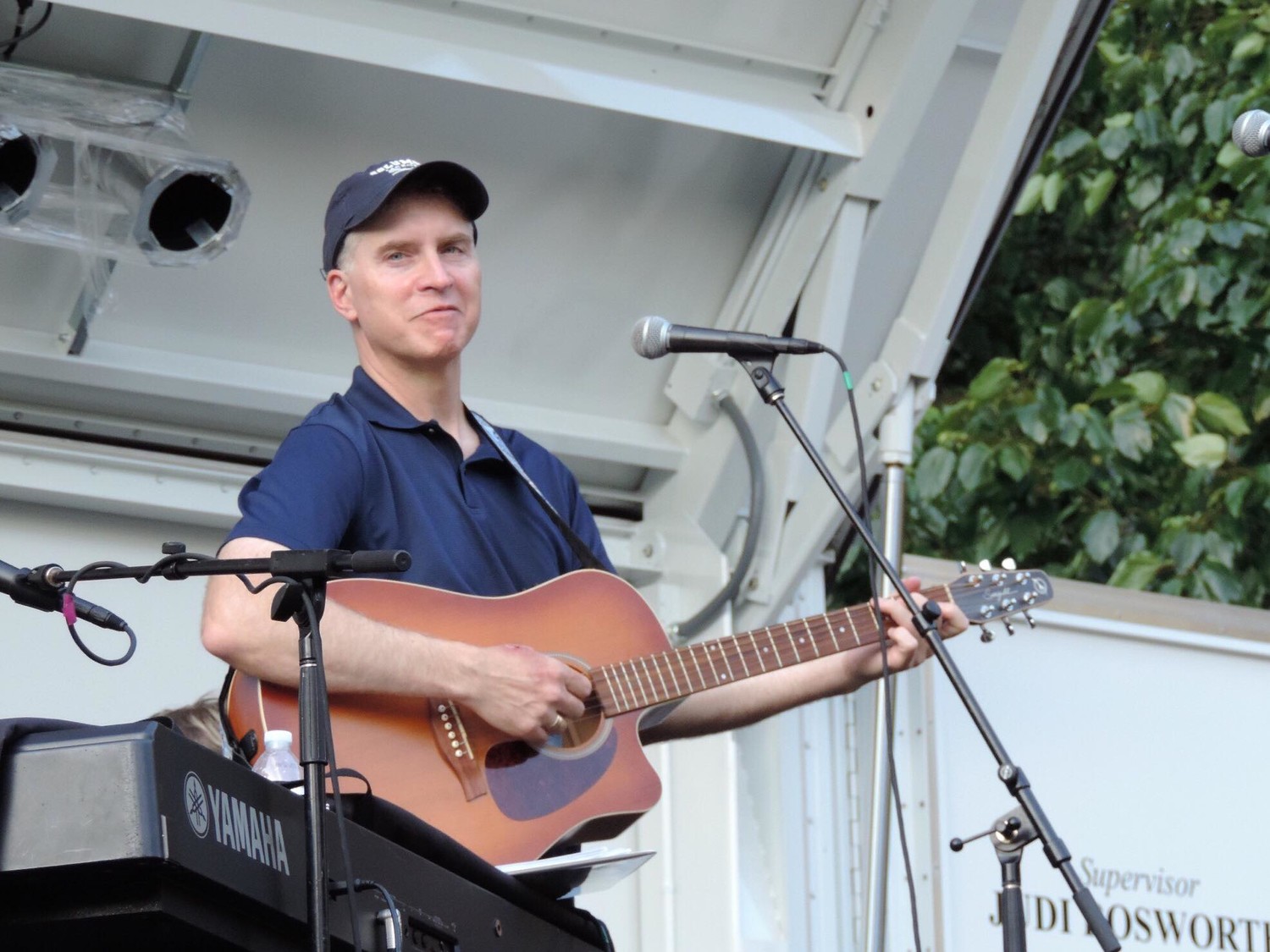 Drew Velting wrote “The Mournful Death of Heather Heyer” just a month after the young activist was killed while protesting the Unite the Right rally in Charlottesville, Va.
Facebook photo
Previous Next
Did you know?

Spike Lee's new film "Blakkklansman," which tells the true story (with numerous fictional liberties taken) of an African-American Colorado Springs police detective who infiltrated a chapter of the Ku Klux Klan in the 1970s, is also dedicated to Heyer's memory. The film ends with raw footage of the clashes between white supremacists and protesters at the Charlottesville rally, and the moment the car fatally plowed through the crowd of protesters.

Like many Americans, Drew Velting was “glued to the news” on Aug. 12, 2017, as a white supremacist rally in Charlottesville, Va., descended into chaos and violence, eventually ending in the death of young activist Heather Heyer.

Velting, 56, a clinical psychologist from Merrick, is a folk songwriter and performer. In an interview this week, he said that when details emerged about Heyer’s death, and her mother, Susan Bro, spoke about her daughter’s passion for social justice at her memorial service, he felt strongly about writing a tribute to her.

Then he remembered Bob Dylan’s “The Lonesome Death of Hattie Carroll.” “It just sort of clicked in my head then,” Velting said. “I thought, ‘I have to write this song.’”

Velting lived in Bellmore before moving to Merrick last year with his wife, who is also a clinical psychologist, and their two children, 16 and 13. He plays his music at local venues, including the Bellmore Bean Cafe, and said he hopes to focus more on music in the future.

Dylan’s song, a loping, five-and-a-half-minute-long ballad written for guitar and harmonica, relates the true story of a 51-year-old African-American barmaid who was murdered in Baltimore in 1963 by a wealthy white man, William Zantzinger.

According to a 1991 Washington Post article, Zantzinger, who was 24 at the time, drunkenly twirled his cane and playfully whapped a number of partygoers at a society function. He reserved genuine wrath, however, for Carroll, according to the report.

When the barmaid’s bourbon pour wasn’t fast enough for Zantzinger, he spit racist slurs at her and struck her hard with his cane. Carroll died eight hours later of a massive stroke, and Zantzinger was charged with murder.

He was convicted of manslaughter, however, and served six months in jail.

Velting said he quickly made a connection between Dylan’s song — and Carroll’s story — and Heyer’s death.

Heyer had turned out to support counter-demonstrators in 2017 at the Unite the Right” rally, a planned demonstration that ostensibly opposed the removal of a statue of Robert E. Lee from Charlottesville’s Emancipation Park.

The rally drew 500 people, with white supremacists, neo-Nazis, neo-confederates, anti-Semites and others marching through the streets the night before, carrying Tiki torches and chanting slogans like, “Jews will not replace us.”

On the day of the rally, attendees were outnumbered by counterprotesters two to one. Armed protesters and right-wing militia groups clashed with anti-fascist counterprotesters. At least one black man was viciously beaten by a group of white supremacists. Gov. Terry McAuliffe declared a state of emergency in Virginia.

Heyer, 32, was warned by friends that the rally would be trouble — perhaps even dangerous — according to news reports. Still, she felt compelled to protest. Her friends and family members described her as a passionate advocate for the disenfranchised and a supporter of Black Lives Matter.

At 1:45 p.m. on the day of the rally, a man, later identified as James Alex Fields Jr., drove his car through a crowd of counterprotesters, in what police called a deliberate attack. Heyer was killed, and 19 others were injured.

Fields allegedly took part in the rally, and has been charged with second-degree murder, as well as 28 federal hate crimes. He has pleaded not guilty, and is set to stand trial in November.

Heyer’s final Facebook post before she headed out to protest Unite the Right was an anonymous quote: “If you’re not outraged, you’re not paying attention.”

Velting reached out to her mother, hoping for her blessing before releasing “The Mournful Death of Heather Heyer.” Bro told Velting that she liked the song, and asked him to make several small changes, which he did.

The song and an accompanying video are now available on YouTube. Velting is donating proceeds from all digital downloads to the Heather Heyer Foundation, which was set up by Bro to award scholarships to students looking to effect social change through careers in law, social work or education.

A number of comments on the video use hateful language to attack Velting, and even Heyer. Velting said that he has struggled with whether to delete the comments.

“I think leaving them up there shows people how invisible this stuff had been, but now it’s kind of being unmasked,” he said. “I thought we’d gotten past this stuff, but I guess maybe I’d been living in a sort of bubble.”

For now, with the forces that brought last year’s white supremacist rally into being still heavy on his mind, he said he is focused on promoting “The Mournful Death of Heather Heyer.”

“I think it’s the definitive song of what happened to her, and I’m just glad people are remembering her name,” he said. “In the end, the idea is for the song to be something that’s a way to keep her legacy going.”

You can listen to Velting’s song at bit.ly/2BVlABX. For more on the Heather Heyer Foundation, visit www.heatherheyerfoundation.com.