The Sound Lab is a new mastering and recording studio on Bedford Avenue in Bellmore right next door to The Rock Underground.
Courtesy The Sound Lab 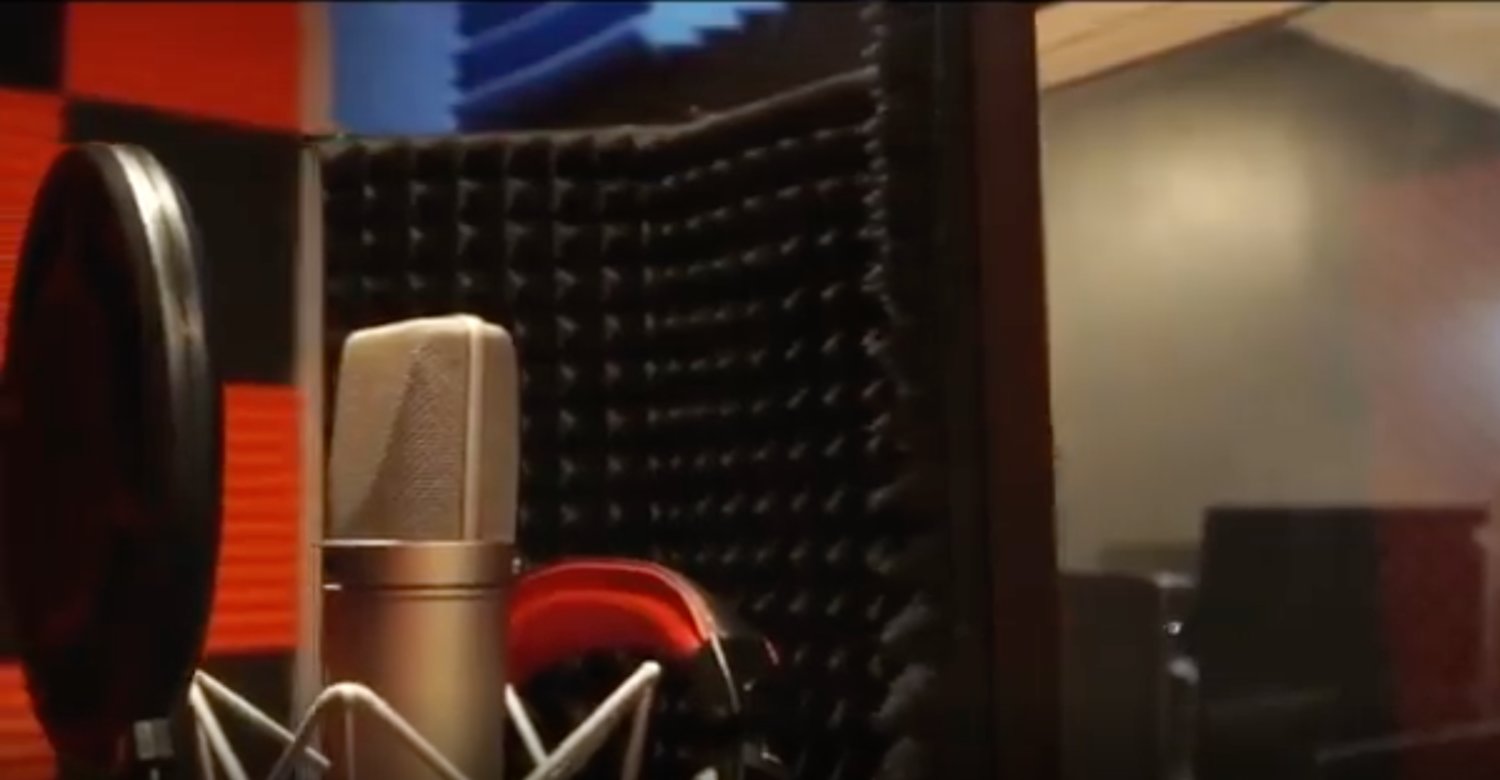 The Sound Lab opened in mid-October, providing an outlet for established as well as up-and-coming artists to record and produce singles, full-length albums and other audio projects in one of two studios.
Courtesy The Sound Lab

The team at The Sound Lab includes Jesse Eplan, of Merrick, Jar Ortiz, of Bellmore, and Lem Payne, who was born and raised on Long Island.
Courtesy The Sound Lab

While Studio B houses the same capabilities as Studio A, its focus is to cater to podcasters.
Courtesy The Sound Lab
Previous Next
Behind the scenes . . .

Aside from being an artist, Eplan is one of the top young engineers in the United States. With an audio engineering degree from the prestigious Los Angeles Film and Recording School, Eplan brings more to the studio than just being an engineer. After playing guitar, keyboard, bass guitar and drums since he was 9 years old, his experience as a musician has helped immensely with his recording process, especially his beat making. His “perfect pitch” allows him to distinguish different sounds and notes from one another, engineering a flawless mix and master that will be radio- and social media-quality ready.

Ortiz has seamlessly found his role in creative spaces by fully understanding the artistic process and then assisting his clients in taking on the overwhelming task of marketing, branding and scheduling. Over the past 10 years, Ortiz has been the “go-to guy” on Long Island to build, brand, handle day-to-day artist management and also operate recording studios. His work with Victorious Soundz Studios and musicians such as C-Pot, Kontraversy and Uptown Bodega showcases his ability to start from the ground floor, build a buzz and grow to success. Ortiz is actively working at The Sound Lab to assist the next big artist to create, brand and promote their art.

Lem Payne Jr. is an American singer, songwriter and producer born and raised on Long Island. Payne comes from a musical family — his mother was a choir director and his father was a consistent amateur night winner at the Apollo Theatre in Harlem. He is the younger brother of Grammy award-winner Chrisette Michele, and has written one of her albums, which was also Grammy nominated. Payne plays several instruments, but mainly writes songs on piano. His lyrical content touches on many different subjects, and has a wide genre range when it comes to his records. From pop, to classical, to hardcore rap, Payne leaves no stone unturned in the wake of his musical creations. The motivation behind his art is driven by deep life experiences, some good and some bad. His aim is directed at the mainstream music base, creating music for the masses. His music can be found wherever music is streamed or sold.

A new business on Bedford Avenue is mixing up the “creative vibe” that already exists on the block, according to Bellmore resident Jay Ortiz.

Ortiz is the studio manager of The Sound Lab, a new mastering and recording studio in Bellmore Village right next door to The Rock Underground. Earlier this year, the music school downsized its blueprint to save money on rent due to the pandemic, opening the other half of the space to new opportunities.

The Sound Lab opened in mid-October, providing an outlet for established as well as up-and-coming artists to record and produce singles, full-length albums and other audio projects in one of two studios. Studio A, which overlooks Bedford Avenue, is outfitted with “top-of-the-line” recording equipment, Ortiz said. He added that while Studio B houses the same capabilities as Studio A, its focus is to cater to podcasters.

“I lived out east my whole life, but I moved to Bellmore to be closer to The Sound Lab,” Ortiz said. “We want to bring a music mecca scene to Long Island since there’s not a structure [for musicians] to do promotions, video and graphic design all in one place. There are things we can do besides just recording your vocals — this is a one stop shop for artists looking to create a brand.”

Behind Ortiz is a two-man team of experienced producers, including Lem Payne, a Grammy-nominated songwriter born and raised on Long Island, and Jesse Eplan, a 21-year-old artist/audio engineer hybrid from Merrick.  (see box)

Eplan recently earned his associate’s degree in audio production from The Los Angeles Recording School in Hollywood, Calif. The education enabled him to work with artists and producers from all over the country and see how their musical styles were influenced by where they grew up, he said.

Although Eplan spent his adolescence playing in bands, he evolved into an independent hip hop and R&B artist and now produces his own music. With experience on both sides of the recording booth, he is able to offer unique “insight” to the artists that come through The Sound Lab, he said.

“A regular day consists of working on music constantly, and if I don’t have an artist in there, I’m working on my own stuff,” Eplan said. “We offer quality recording to make their sound go to the next level. Whether it be a big artist or someone who just started, we want them to sound better.”

Ortiz is in charge of scheduling, troubleshooting production programs and getting more eyes on The Sound Lab via social media. About a handful of artists come in to record on a regular basis, but Ortiz said he hopes residents stuck at home amid the pandemic can make use of the studios, too.

“Now, on a Friday night, when you can’t go to a bar or a restaurant, you can come to the studio,” he said. “People at home are trying to finish up their creative projects, and they’re using us to do that.”

The Sound Lab is also planning to offer course for children and young adults to teach the basic principles of recording, Ortiz added. “I would love to find some talent, people who are willing and able, to put our resources together and work towards something to make an impact.”