Thousands of toys delivered to hundreds of Freeport children 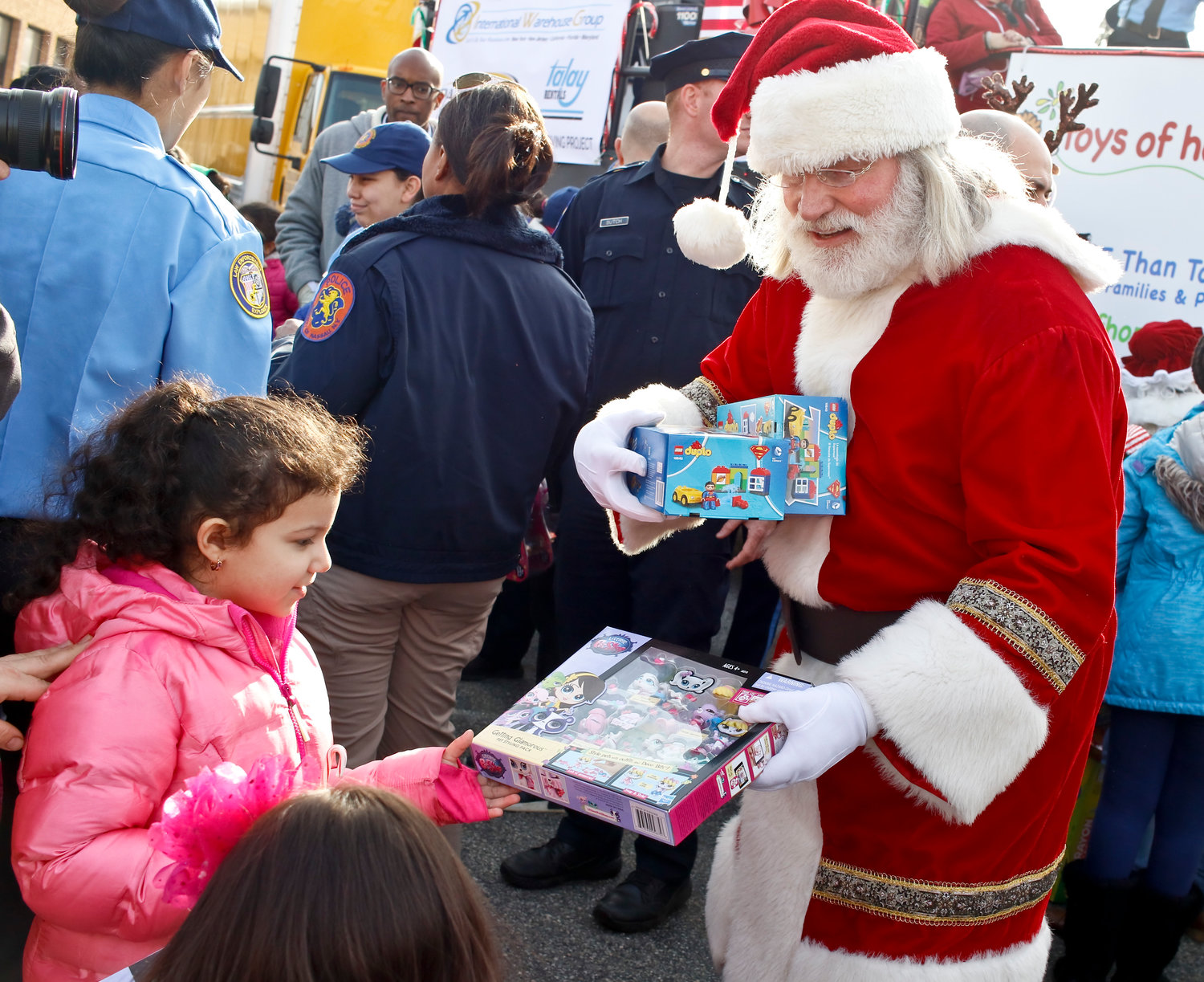 Santa Claus gave a Pet Shop set to Helen Salguero at the toys of hope event. Each child at the event received a toy.
Christina Daly/Herald 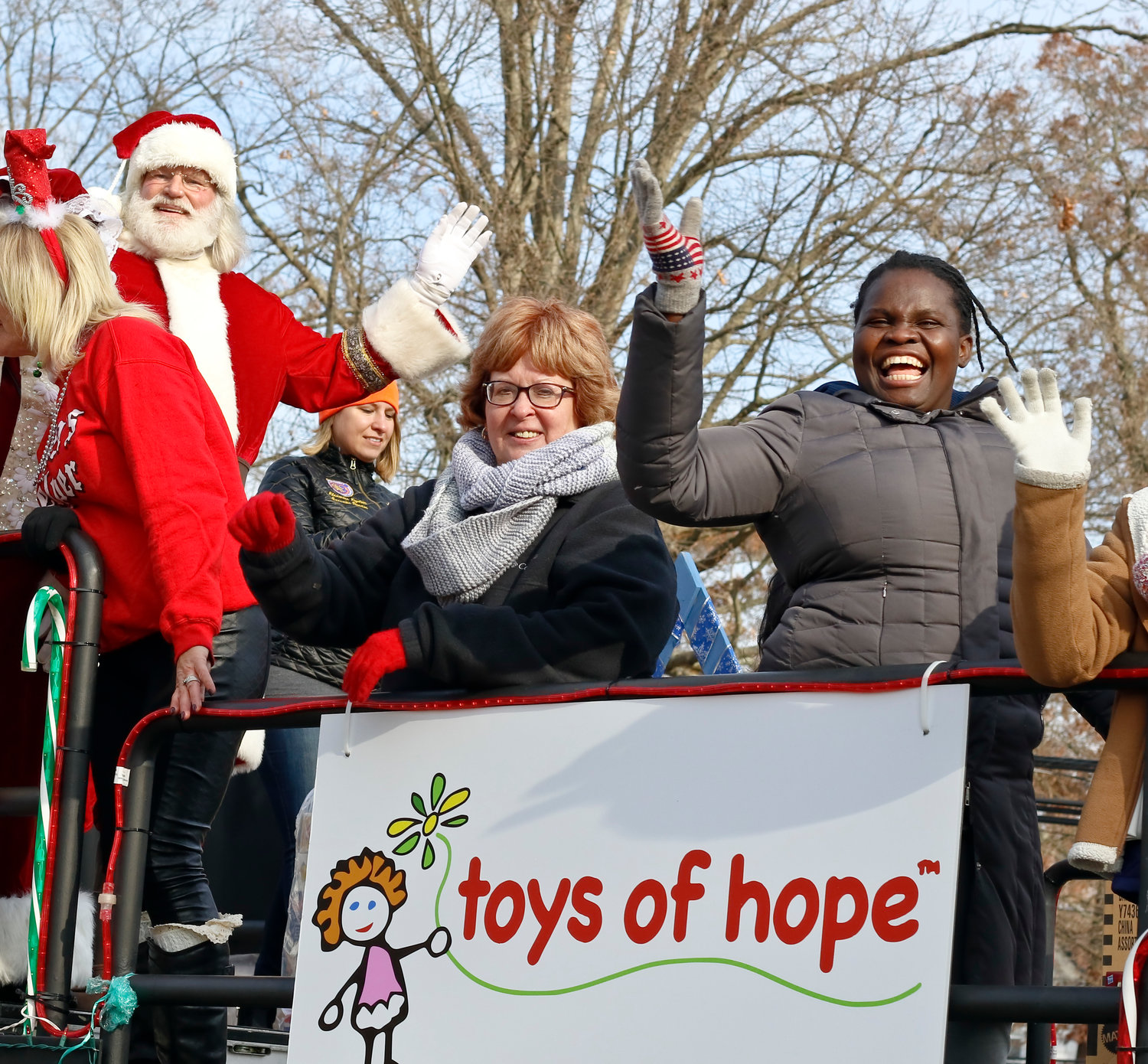 Santa arrived on a float with Pat Chiovaro, Marie Augustine and the rest of the Toys of Hope crew.
Christina Daly/Herald 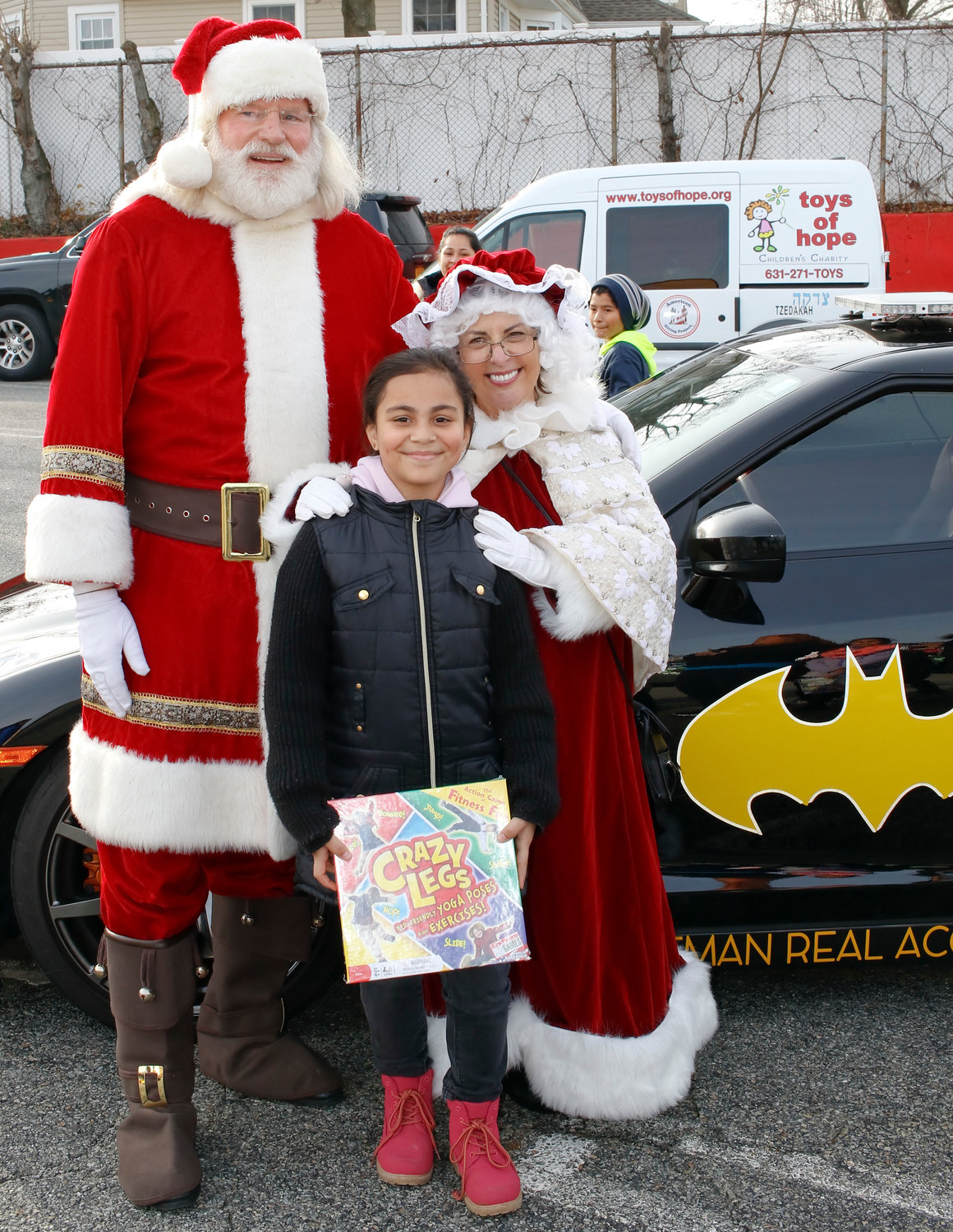 After receiving a Crazy Legs Game from Santa, Kendry Valencia, 10, took a picture with him and Mrs. Claus.
Christina Daly/Herald 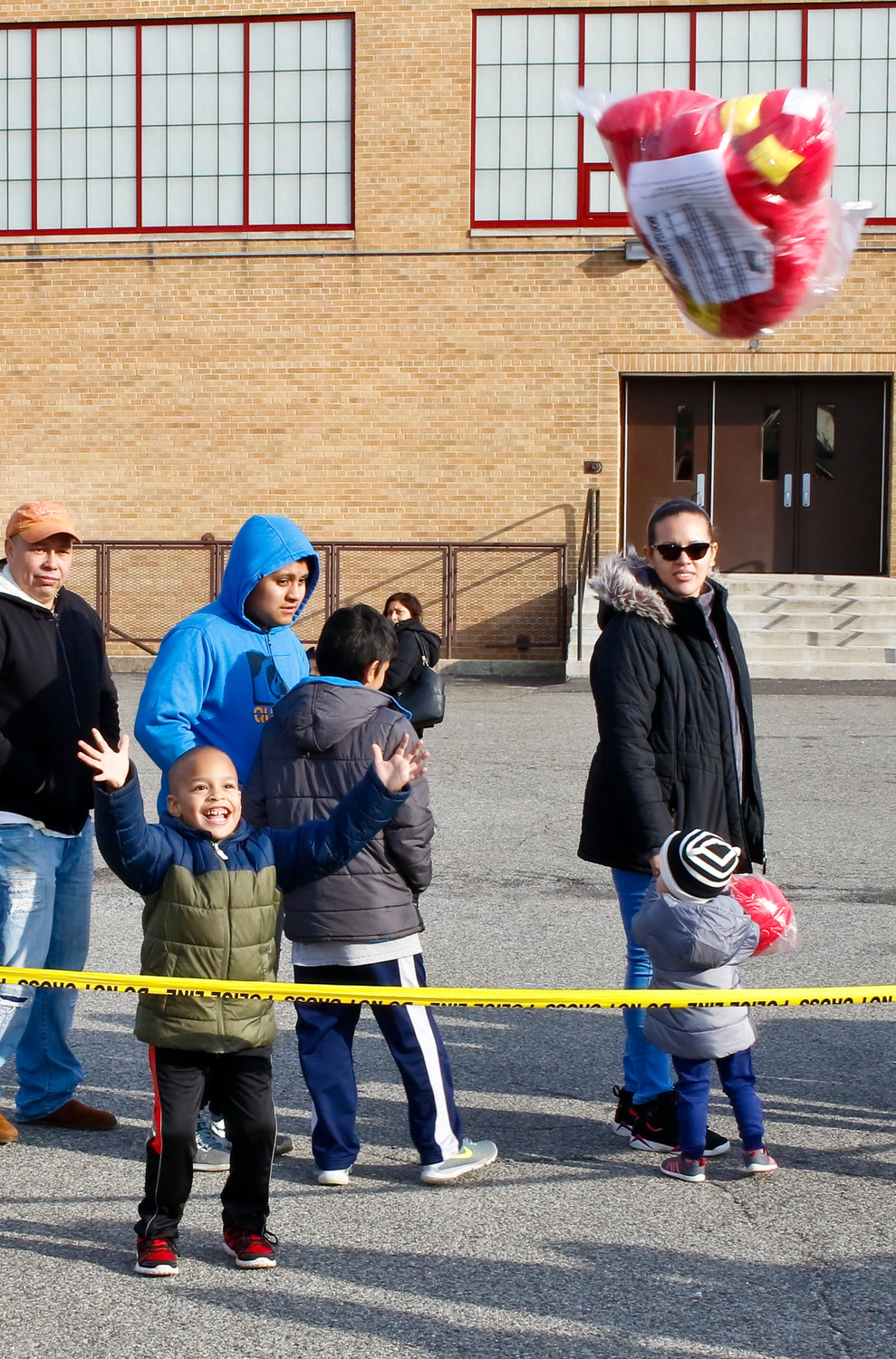 Six-year-old Max Pena was ready for the big red animal tossed his way. 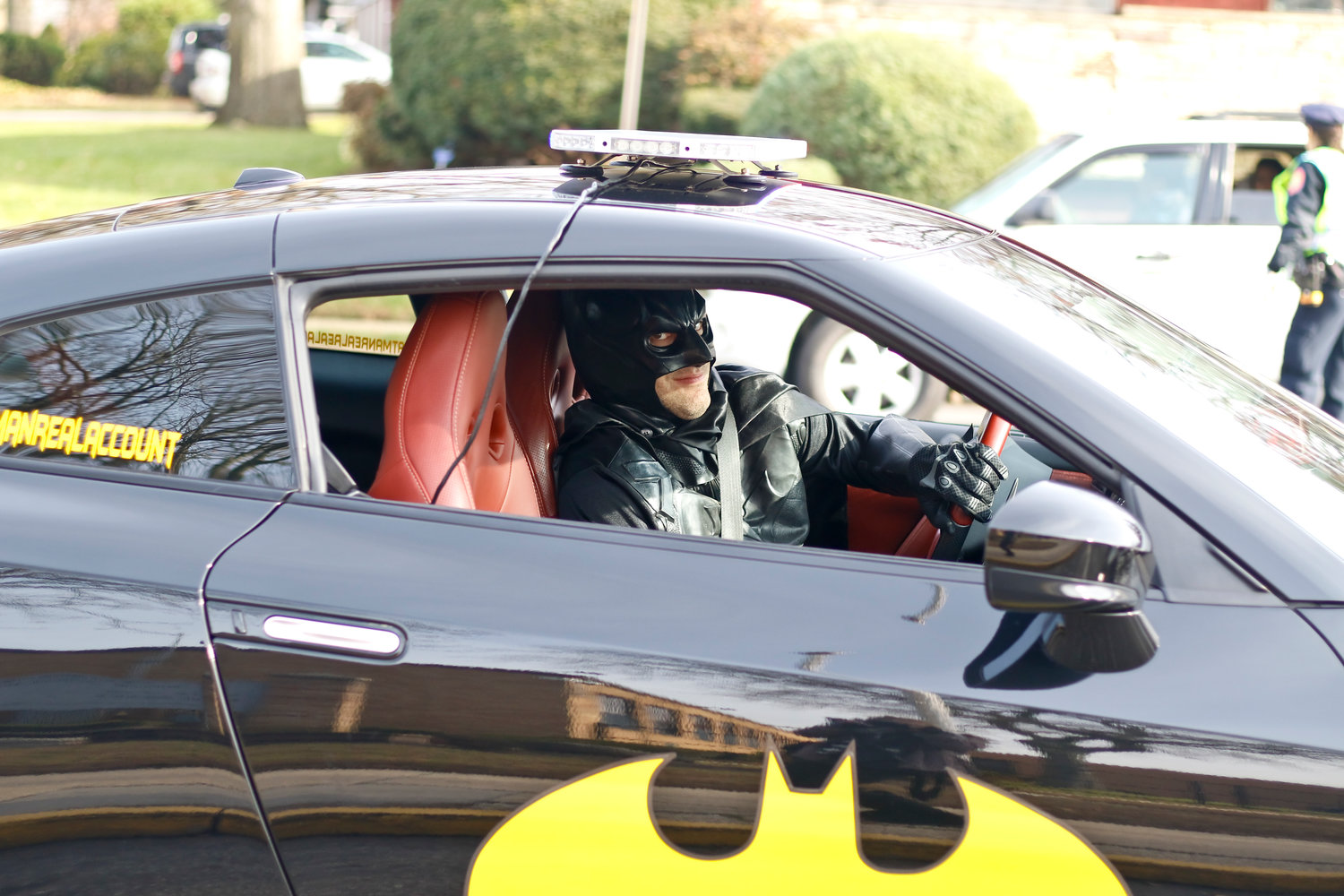 It wasn’t a red sleigh but the Bat Mobile also helped deliver toys to the kids at Freeport High School during the Toys of Hope event.
Christina Daly/Herald 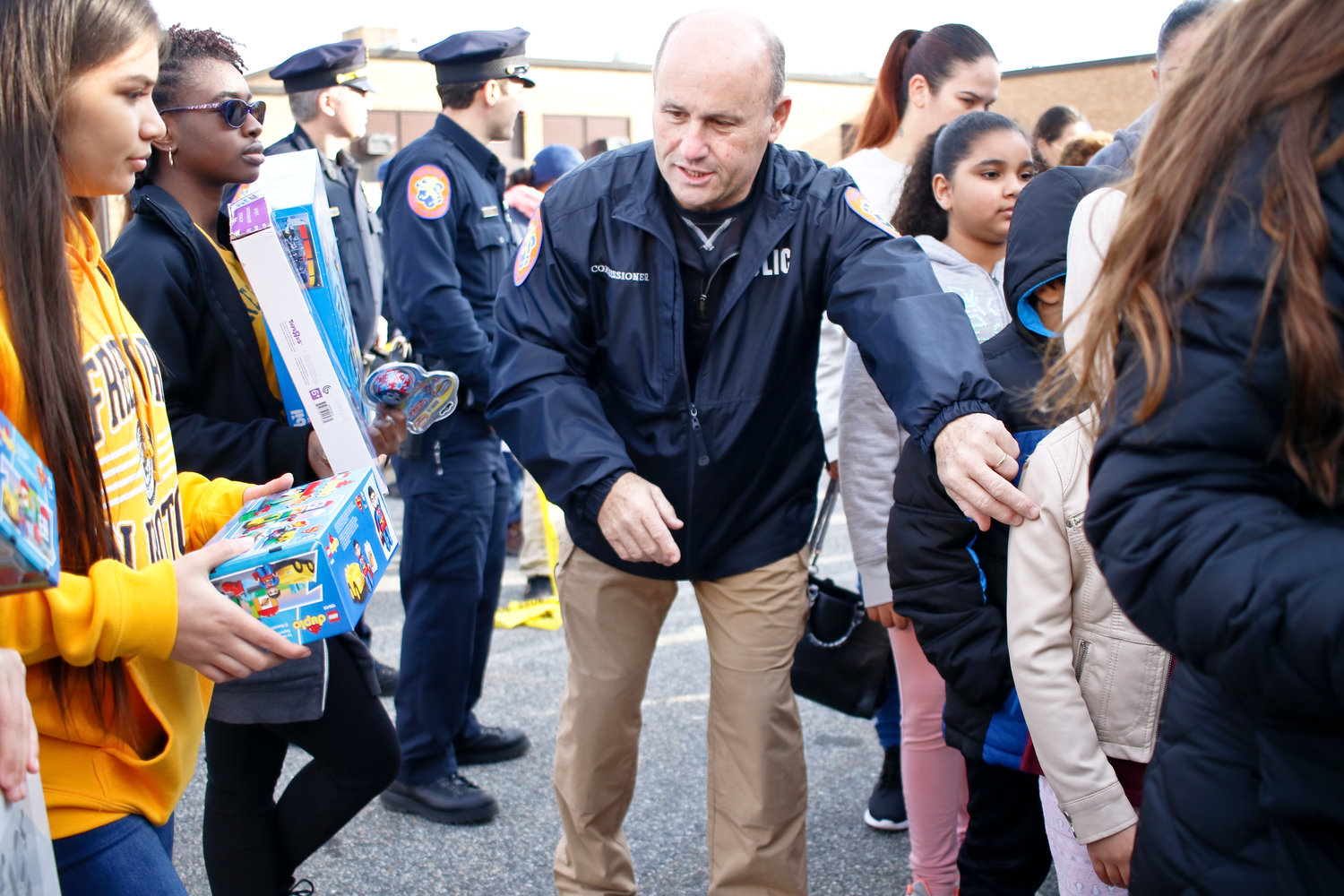 The parade started at 10 a.m. at Walnut Street School in Uniondale and marched over to Rososevelt High and Middle school that eventually led the procession to Freeport High School where hundreds of families welcomed Santa Claus and a the caravan of cars and truckloads of toys. Batman and his Bat Mobile were spotted in the crowd along with a number of elected officials who also helped distribute the toys to Freeport children.