Thousands rally for Israel and Jewish people in Cedarhurst

Prostesters take on what they say is widespread anti-Semitism 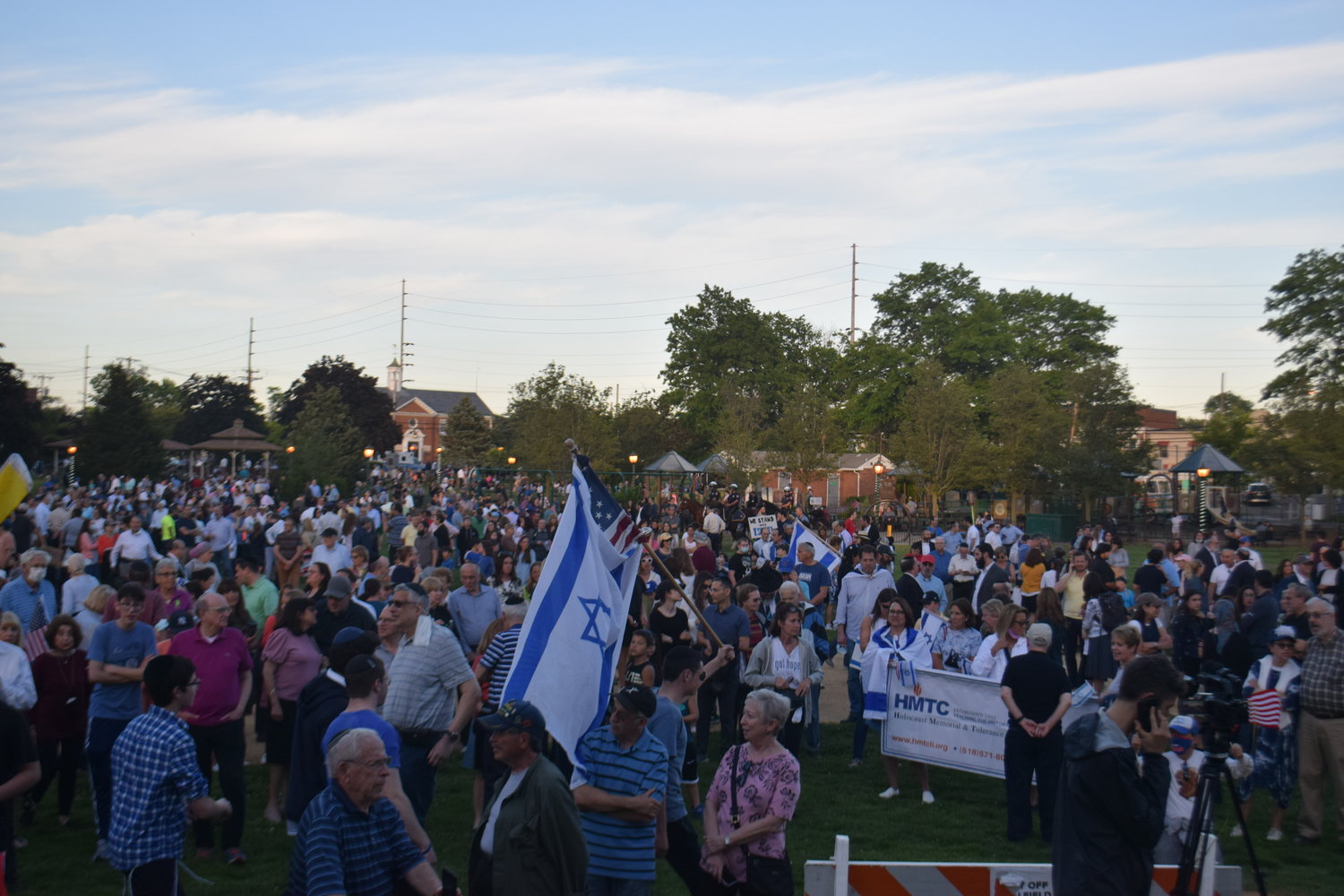 Whether waving Israeli flags or holding pro-Jewish signs, the crowd in Cedarhurst was vocal in its opposition to anti-Semitism.
Jeffrey Bessen/Herald 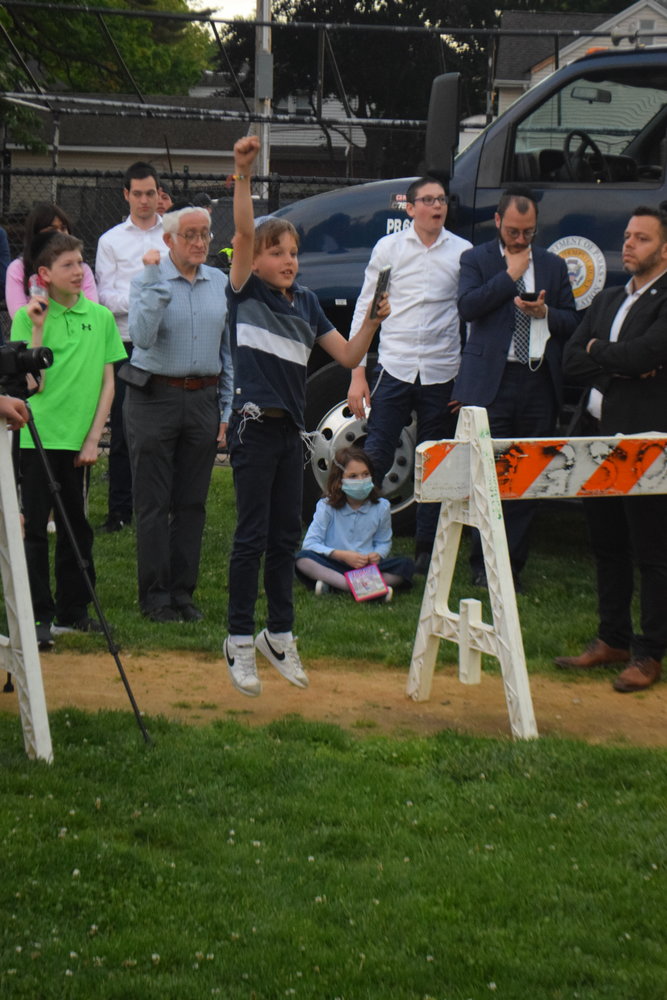 Cedarhurst resident Benny Friedman, 9, showed his enthusiasm for the pro-Israel words of Rep. Tom Suozzi at the rally.
Jeffrey Bessen/Herald 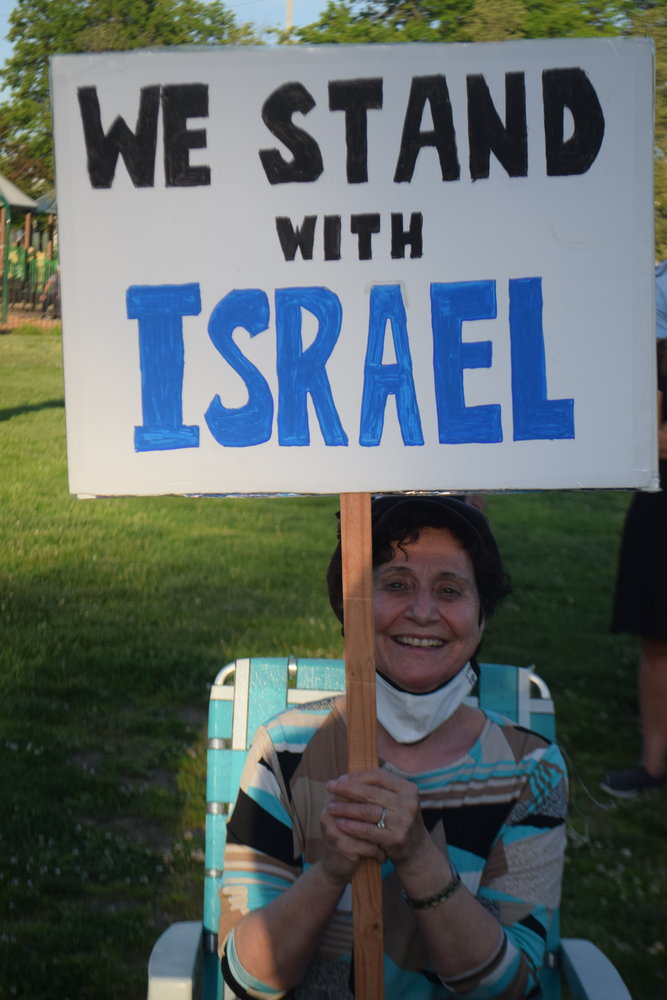 Rachel Ginsburg, from Woodmere, noted the connection between anti-Semitism in Israel and the United States.
Jeffrey Bessen/Herald 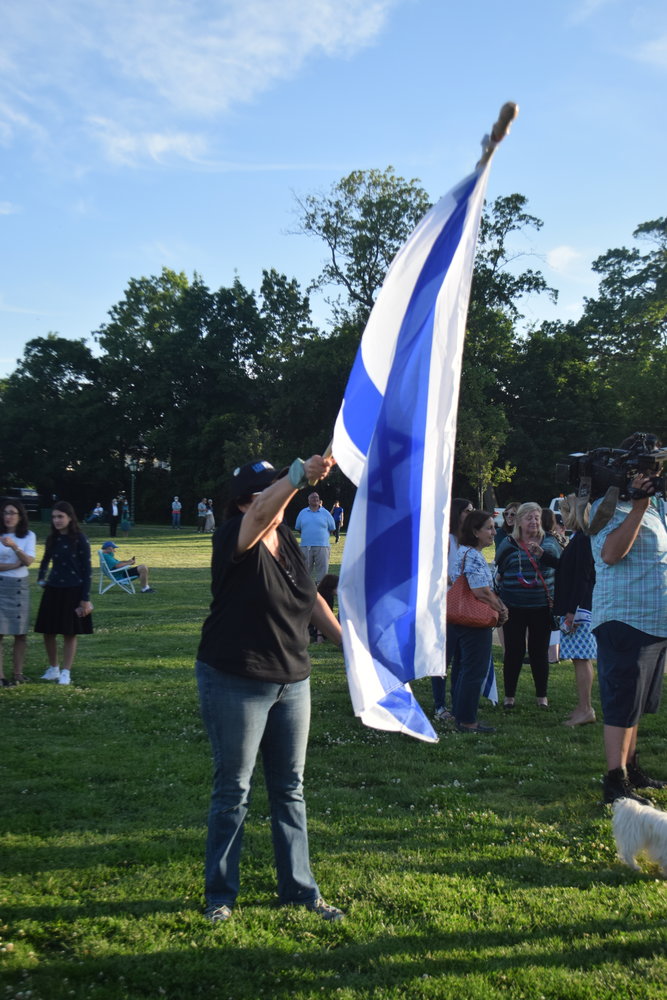 Manhattanite Karen Lichtbraum hoisted the flag of Israel at the rally.
Jeffrey Bessen/Herald
Previous Next
By Jeff Bessen

On the heels of an 11-day war between Israel and Hamas, considered a terrorist organization by the United States and Israel, an estimated 3,500 to 4,000 people rallied in Andrew J. Parise Park in Cedarhurst Thursday night to show support for Israel and Jewish people around the world.

The rally followed a recent surge in anti-Semitic violence in the New York metropolitan area and beyond. Officials said the crowd was the largest ever at the park.

Organizations ranging from the American Jewish Committee to the Anti-Defamation League, Hadassah, Jewish Federations of North America, Union of Orthodox Jewish Congregations of America and others partnered to declare May 27 a Day of Action Against Anti-Semitism.

The anti-Semitic violence hit home for Five Towners when Lawrence native Joseph Borgen was attacked in Manhattan May 20, allegedly by five pro-Palestinian men, two of whom were charged.

“Like yourselves, I was going to a rally and supporting Israel and fighting anti-Semitism in the process, because at the same time, anti-Zionism, anti-Semitism are clearly interlinked because I was wearing a kippah [yarmulke],” Borgen said, referring to his assault.

Woodmere resident Rachel Ginsburg, a native of Israel, held a sign that read, “I stand with Israel.” “There has been terrible anti-Semitism the last 11 days,” she said. Noting the Hamas-Israel conflict before the recent ceasefire, she remarked that Hamas was "targeting civilians, women and children. I see a big, big connection today with the anti-Semitism; it’s not just happening here but also in Israel.”

Declaring that anti-Semitism is “completely out of control" and citing recent hatred against Asians during the coronavirus pandemic, David Lewin, of Woodmere, said, “Any type of bigotry is no good. We’re here to rally for Israel because Israel is getting the short end of the stick. It’s always Israel launches rockets. It’s never Hamas did this. The media always puts Israel first.”

Elected officials, heads of organizations and rabbis spoke at the 90-minute event, including Nassau County Executive Laura Curran. “The goal is to keep you safe,” she said. “We are truly in this together.”

This story will be expanded for the June 3 edition.