Maria Sonner’s toy drive is dedicated to her mother, Eileen 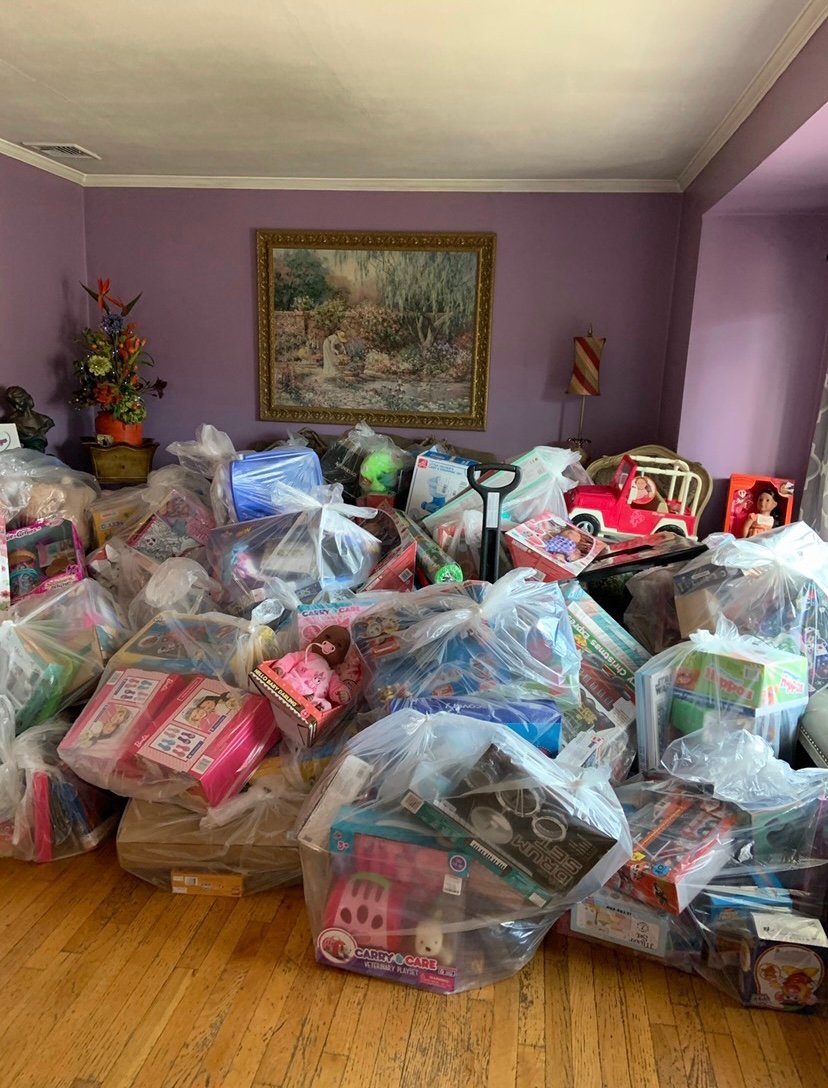 My favorite part of the toy drive is Christmas morning, knowing how many families that my mother’s life has touched.”
Maria Sonner, Franklin Square
By Robert Traverso

She couldn’t leave the doll on the shelf.
When Maria Sonner came home to her father and husband, Bill, with a baby doll from Macy’s in 1989, she was in tears, she said.
Her mother, Eileen Ziegler, who died in 1988. loved baby dolls. Sonner, of Franklin Square, said that shopping for the dolls for her children was one of her mother’s favorite Christmas activities.
Sonner took the doll to her mother’s grave, but she knew she couldn’t leave it there. She sought out Monsignor Fred Schaefer, her neighbor and a close friend, to ask if he knew a little girl who could use the doll. Instead, Schaefer suggested that Sonner donate it to a local family struggling to provide toys — as well as food — for their children during the holiday season.
A few days later, Sonner had collected three garbage bags filled with toys, with the intention of donating them to poor families, she said.


That year, she founded Eileen’s Gift of Love Toy Drive with this “handful of toys,” a statement shared by the Sonner family read. Now in its 33rd year, the toy drive collects and donates thousands of toys each holiday season.
Its growth since 1989 isn’t the most important part to Sonner. Rather, she said, her favorite part is Christmas morning. “My favorite part of the toy drive is Christmas morning, knowing how many families that my mother’s life has touched,” she said. Her husband, Bill — who delivers every batch of toys — said that Maria was hesitant to publicize the drive. The Sonners have two daughters, Rachel and Samantha.
“This was a gift to me,” Maria said. “A place to put my grief … my grief has gone into the toy drive.” The effort, she added, has helped her cope with her mother’s death.
This year, toys will be donated to the Catholic Charities of Brooklyn and Queens, and given out at their Saint Vincent Ferrer and Saint Brendan the Navigator locations.
“Maria’s mission remains the same: provide parents with the dignity of being able to provide their children with the gift of a toy and Christmas joy each holiday season,” the Sonners said in a statement detailing the toy drive.
Report an inappropriate comment