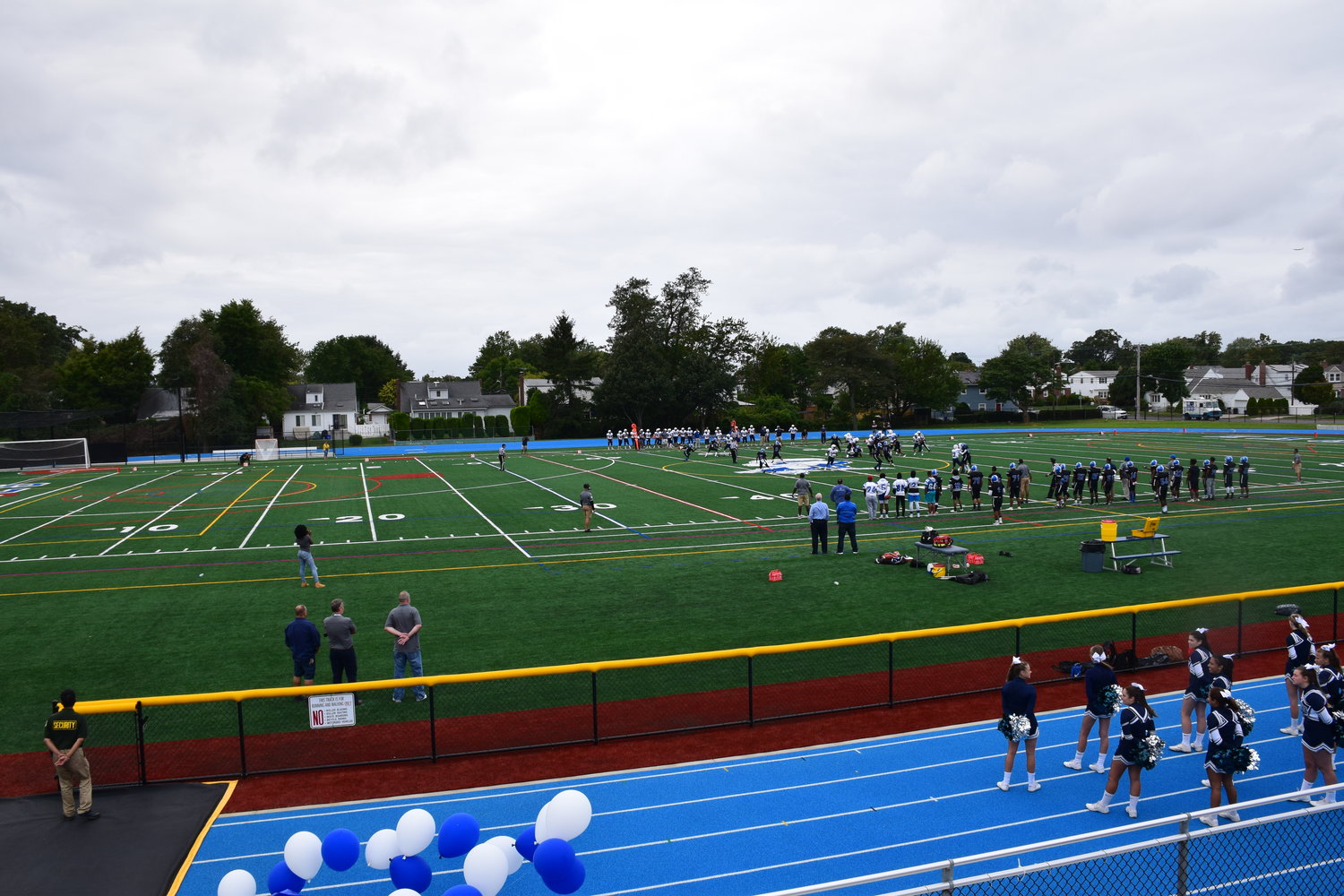 Senior Robert Nunez starred in the Central High School Eagles’ big Conference II playoff victory over Carey in November, with two passing touchdowns and a pair of rushing scores. It was a standout season for Central this year, which for the first time played and practiced on an artificial-turf field.
Eric Dunetz/Herald
Previous Next

I think the new turf fields have helped all the teams, not just football, and now the field looks cleaner and the kids can take pride in their facilities.”
Scott Steuber, Athletic director CHSD
CHSD's football win/loss record

This past fall was the inaugural season for the Central High School District’s recently completed $8 million artificial-turf fields at North, South and Memorial Junior high schools. Players and coaches from the district’s three varsity football teams all praised the new facilities.

The fields were funded by a $41 million bond approved in 2016. The artificial turf replaced well-worn grass fields, which athletes and district officials said offered poor playing conditions and led to an increased number of player injuries.

“The grass fields on all three schools were in disrepair,” Scott Stueber, the district’s athletic director, said. “I think the new turf fields have helped all the teams, not just football, and now the field looks cleaner and the kids can take pride in their facilities.”

Coaches for the district’s varsity football teams said the turf fields offered players better footing, and with it, more speed and agility, in games and practices. The fields have also reportedly increased the number of students wanting to play football, and made more frequent practices possible.

“I think the turf field is safer — there’s less injury because there are no rocks or stones — it’s a more consistent surface and, rain or shine, we can play,” North High School head coach Chris Wagner said. “The sidelines, numbers and yard lines are perfect on turf fields, which makes the game more organized.”

Although this was Wagner’s first year of coaching at North, he has coached football at other schools for 40 years. He said he noticed a difference when he played with teams on grass fields.

Artificial turf, he said, has a number of advantages over grass fields, including built-in drainage systems, which prevent puddles and mud — conditions, Wagner said, that negatively affect traction and the quality of play on natural grass.

At South, head varsity coach Joe Guastafeste said that prior to the installation of the artificial turf, the football field was also used as a baseball field. The dual configuration, he said, led to the mixing of clay from the baseball diamond and mud from the football field, which resulted in exceptionally slippery conditions.

“Our [grass] field was known as the most dangerous field throughout Nassau County because grass would mix with clay, [there would be] constant puddles and there was always dangerous and uneven terrain,” Guastafeste explained. The turf field, he added, solved those problems.

Central’s varsity football coach and athletic director, Michael Rubino, said his team likes artificial turf because it allowed for more practices. “We always had to hope for a dry and sunny day,” Rubino said, recalling the seasons on natural grass. “Now, if it rains or snows the night before, with turf, guys can train more effectively and efficiently because turf fields remain the same in December as it is in the summer.”

The Central Eagles had a standout season in 2019, going to the playoffs for the first time since 1993.

Although the teams had fewer injuries than usual this season, the coaches could not directly attribute increased safety to the new fields, because injuries can involve other factors.

The teams’ captains, who now have firsthand experience with artificial turf, said they also preferred it. “The grass field would get messy pretty fast whenever it rained, and it was basically useless,” said senior Robert Nunez, 17, second-year captain of Central’s varsity team. “The new turf fields look really nice, and more people come out to see the games now because the field looks nicer.”

Despite reports of greatly improved playing conditions, the new fields have garnered a handful of complaints as wekk, mainly about heat retention and friction burns. “In the summer, turf heats up really fast, so it gets much hotter than grass,” senior and first-year South varsity captain Ryan Pean, 17, said. “We all had to adjust to that, by drinking more water to keep people from getting sick and dehydrated, but I still think that the new turf field, in comparison to the grass field, is like night and day.”

North High School junior and varsity quarterback Matthew Mahony, 16, said he was amazed to see how teams have grown since the completion of the new fields. Many players, however, have discovered turf burn. He finds it unpleasant, Mahony acknowledged, but he still favors artificial turf over grass.

“I prefer a little turf burn in comparison to falling on rocks and mud,” he said. “The positive definitely outweighs the negative . . . I think if any of us had a choice to go back to grass, 10 times out of 10 we’d choose to stick with turf.”