Unburdening her ‘old soul’ in film 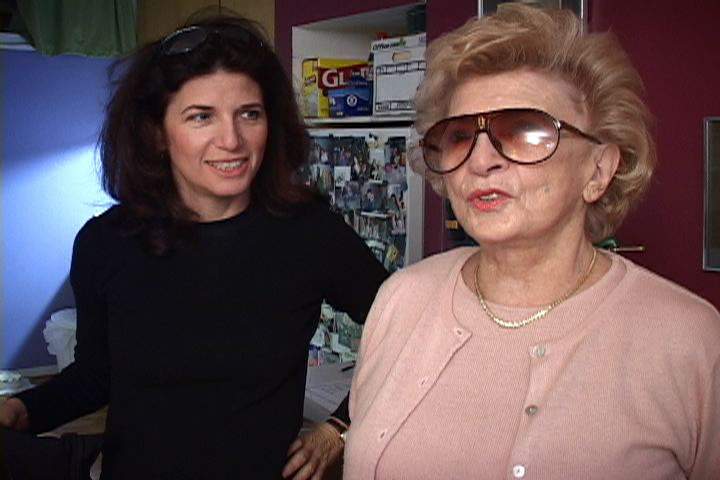 When Gayle Kirschenbaum was growing up in North Woodmere after her family moved from Bayside when she was 5, her mother Mildred, unmercifully chided her daughter for having a big nose and a less-than-stunning appearance.

Kirschenbaum channeled that antagonism into an Emmy Award-winning career as a filmmaker, TV producer and personality. She made a movie “My Nose” in 2007 about Mildred’s push for Gayle to get a nose job at 15. She did not. The film festival favorite propelled Kirshenbaum to make “Look at Us Now, Mother!” which will open at four theaters on Long Island on May 6. It has been shown in New York and Los Angles.

The movie is a no hold barred look at a mother-daughter relationship that went through very turbulent times. She saw her two brothers adored by her mother, but Kirschenbaum experience life differently. “There is 8 millimeter film of me in a high chair, I must be eating baby food and my mother yanks my arm,” said Gayle, who now lives in Manhattan.

Through appearances on TV, the “My Nose” movie and now “Look at Us Now, Mother!” Kirschenbaum said she has become what she called an “accidental therapist” when speaking to others who also have or had a quarrelsome relationship with their mother. “I came into this world as an ‘old soul’ and making the film became my therapy sessions,” Kirschenbaum said. “I started to forgive my mother before I was making the movie. The sensitive are preyed on more than the less sensitive to get the reaction [those] people want.”

Mildred, 92, is a smart woman her daughter said, who owned the Travel More agency in Cedarhurst did well trading stocks and served as president of the Temple Hillel Sisterhood. Gayle’s father Gerald, was a funeral director, he died a decade ago.

“I didn’t realize Gayle was unhappy; parents do the best they know how and so if this is helping her why not if I contributed,” Mildred said, in explaining her reaction when Gayle approached her about doing the film.

Mildred said she was “flabbergasted” at how talented her daughter is after screening the movie for the first time. How Gayle took the old 8mm film and “intertwined into today’s world.” Mildred noted that Gayle at 4 drew a cup and saucer for invitations to an event Mildred was promoting. “A born artist,” said Mildred, adding that if she knew them what she knows now she would have been more affectionate.

As a teenager, Gayle said she was not the typical girl found in the Five Towns at the time and had her own circle of “hippie” friends and had a boyfriend who was in a band. She remembers working at Shoetown on Rockaway Turnpike, hanging at the El Patio and Capri beach clubs and playing steal the flag in Back Lawrence. Gayle graduated from Lawrence High School in 1972.

After learning more about her family’s history, Gayle realized her mother was a much more practical than emotional person. “I took her off the pedestal; she did the best she could.” Kirschenbaum said. “The mother-daughter relationship is the most highly charged relationship there is.”

Psychologist and author of “Surviving Mama” Dr. Pamela Thompson saw the film and thought the openness displayed by Gayle and Mildred was central to its honesty. “What I believe in is the perseverance and forgiveness and not just doing it for the sake of doing it is beneficial,” Thompson said. “In Gayle’s case that she is able to emphasize forgiveness is a tremendous burden off her soul.”