Unique café and apothecary to open in Sea Cliff 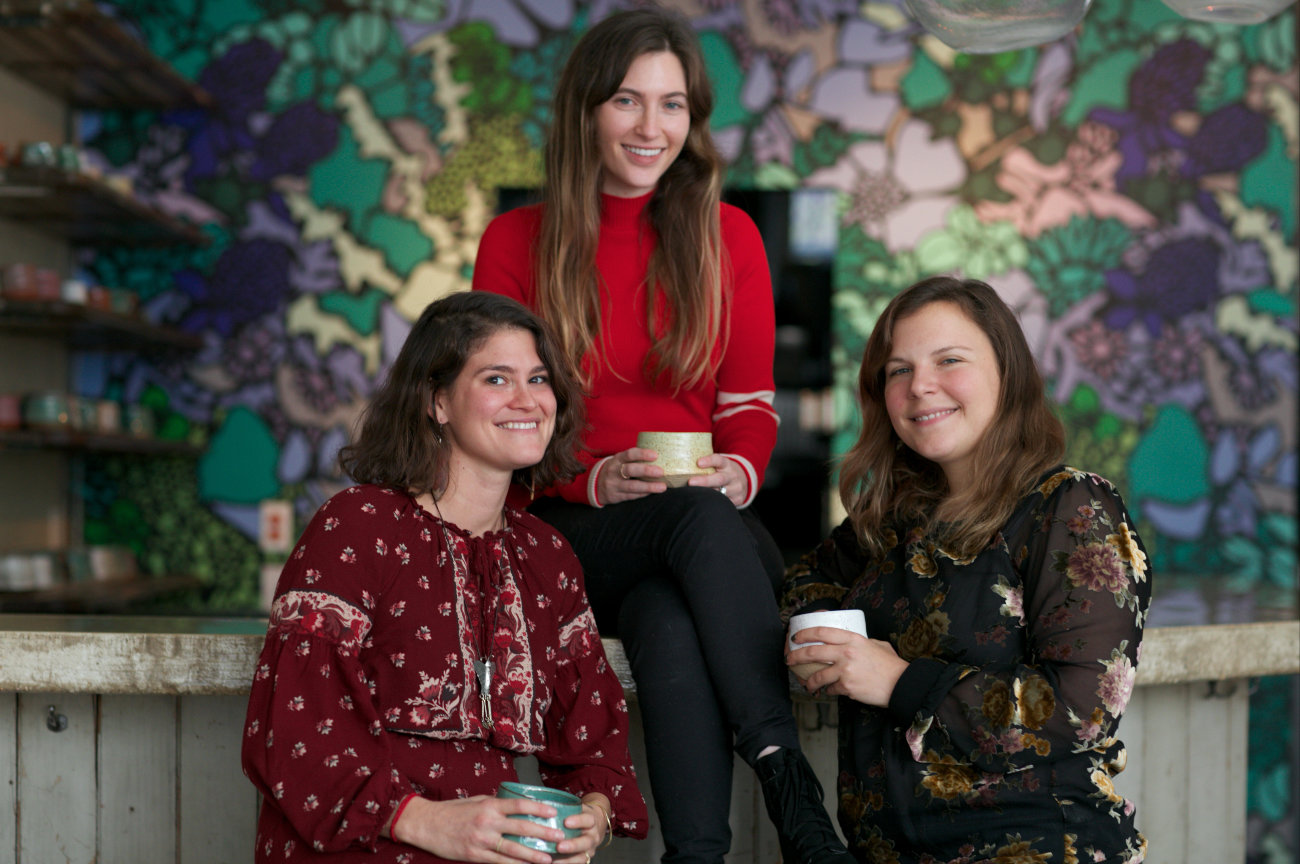 Maddy Mindich said her family always had a strong sense of entrepreneurship. Many have created or owned businesses, which afforded Mindich, while growing up in Sea Cliff, with the opportunity to witness how businesses are created. This spirit with which she has grown up has played a distinct part in the creation of the Wells Café and Apothecary in downtown Sea Cliff, which she has done alongside co-owner Emily Berg, originally from Glen Cove, and head chef Lisa Geismar, of Old Brookville.

Wells is set to open for small business on Nov. 30 to offer an experience rarely found on Long Island because it will serve the community in a variety of capacities. As a café, it will offer healthy foods with an emphasis on wellness, including grain bowls, soups, pastries and seasonal toasts adorned with special jams, spices and other toppings. Geismar said everything, including the pastries, will be free of refined sugar, and will instead be sweetened by coconut sugar, honey, maple syrup or fruit.

“You can come in for breakfast and lunch and feel like you have a robust amount of options you can eat all day,” she said. The café will also serve wine, beer and cider, with happy hours from 5 to 7 p.m., as well as a catalogue of special coffee creations.

“We’re excited especially about the programs to offer different events, workshops, discussions and education for people to learn more DIY remedy-making and the magic of plant medicine,” Berg said. She added that another big part of the educational aspect of the business is to help people manage their stress levels through learning about plant-based medicine in an accessible way.

Mindich and Berg have known each other for years because their fathers both play in the local Rusty String Band. They both studied herbalism as young adults, with Berg attending Heartstone Center for Earth Essentials outside of Ithaca, N.Y. Mindich received her schooling at Bastyr University in Kenmore, Wash. while also studying acupuncture, which she practices today at Wellsprings Natural Health as a part of the Roslyn Salt Cave.

The pair reconnected about two years ago, starting pop up medicinal herb businesses together. Shortly after, Mindich said they realized they had a shared vision of helping people connect with plants as an outlet for taking their wellbeing into their own hands. They also decided they wanted to sell food, so Mindich linked up with Geismar, another family friend who goes to the Roslyn Salt Cave for her own wellness, to sign her on as the head chef.

Geismar has an extensive knowledge of food, having received a degree in health and wellness from George Washington University and a Master’s in food studies from New York University. She also spent several years abroad in Tel Aviv, Israel, studying Middle Eastern cooking in professional kitchens. She said the most important thing for her when it comes to food is that it is both tasty and nourishing.

“There’s a need on Long Island for people to have food spaces where they can come and dwell and stay for a while and eat something really tasty that fills them up and makes them feel good,” Geismar said. “We’re trying to create a space where people feel like they’re a part of a community.”

This emphasis on community is especially important to Mindich, who would love to see Wells turn into a place where children could come for an afterschool snack, or for adults to enjoy a healthy meal and beverages while chatting. The calm, intimate setting the café provides is meant for relaxed conversation or work. There are tables for seating of 19 people and an outdoor patio to be opened during the spring and summer that will seat an additional 10.

Yet another aspect of Wells that makes it unique is the ages of its owners — Mindich is 30, Berg is 31 and Geismar is 29. Mindich said their youthful approach to the business world would only help them succeed.

“I feel like we feel an urgency to have something like this out there,” she said. “We might be young, but between the three of us, we have so many resources and we’re so supported by that.”

Above everything else, though, Mindich said providing a space for community members to increase their wellness is what they want most. They pluralized “Well” in the name because of the variety of ways in which guests can experience wellness.

“When you’re here, we want you to feel like you have ‘the Wells,’” Mindich said, “that you have this ultimate feeling of wellness and thriving in your life.”

Located at 304 Sea Cliff Ave., the leadership of Wells Café and Apothecary cannot wait to bring its unique approach to food and wellness to the North Shore community.