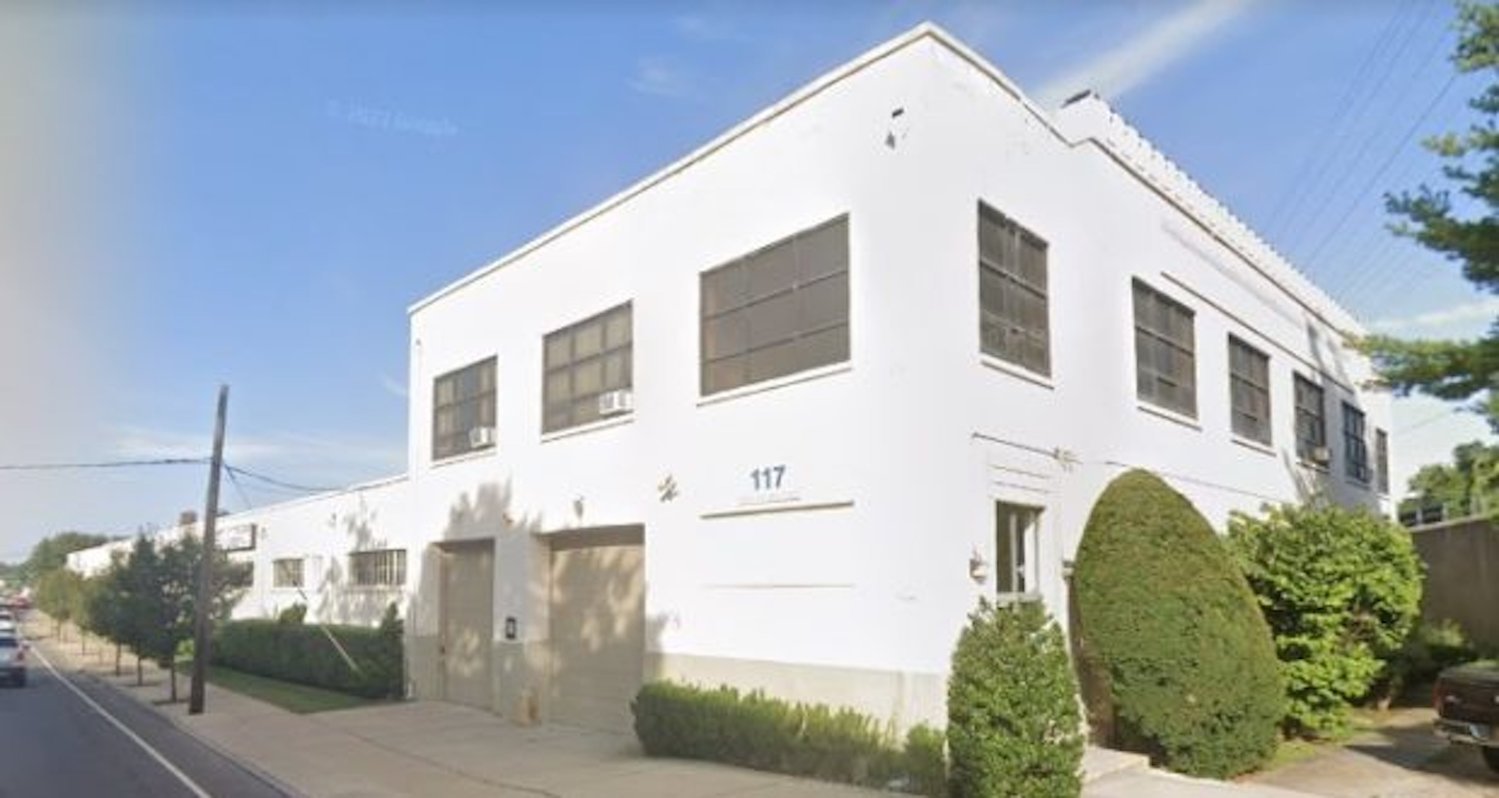 The Rockville Centre Zoning Board denied a request by a developer for variances to build a storage facility at 117 N. Long Beach Road.
Courtesy Google Mpas 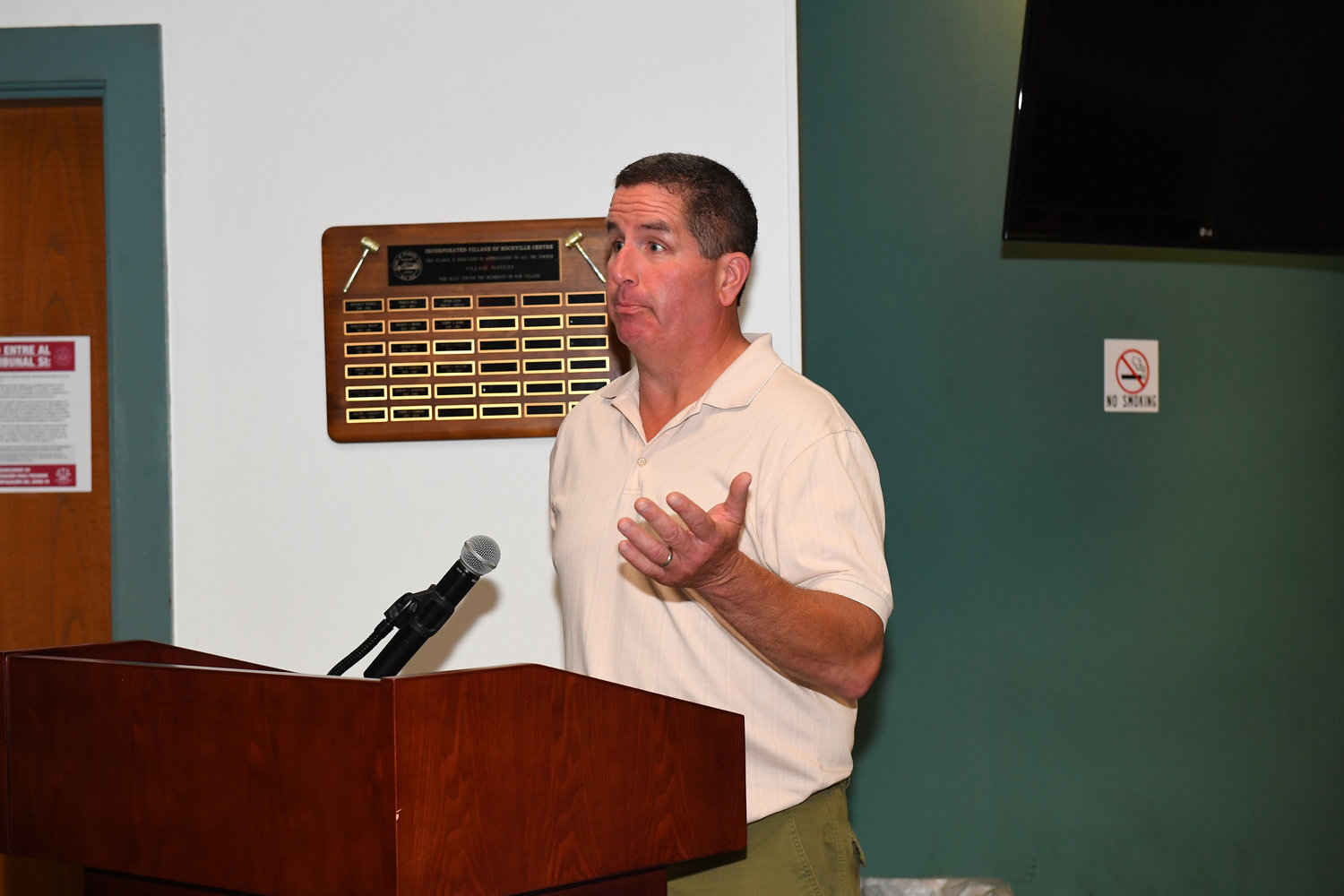 Mitchell Crolett was among the residents who spoke during the May 17 hearing.
Neil Miller/Herald
Previous Next
By Mike Smollins

Amid backlash from several residents, the Rockville Centre Zoning Board denied a variance a developer sought to build a storage facility at 117 N. Long Beach Road on May 17.

WMG Rockville Owner LLC, an affiliate of the Florida-based Miami City Self Storage Development & Investment, spent $5.5 million to purchase the 52,811-square-foot-building on the property earlier this year in an area of the village known as Little Town.

MCSS, which specializes in the development of self-storage buildings, is seeking to redevelop the building into a similar facility. According to the MCSS website, the company has developed about 4 million square feet of storage facilities in New York and Washington, D.C., and 1.5 million square feet in South Florida.

The developer wanted to build a second floor to raise the height of the building to 30 feet, which is above the 18 feet allowed by village code. The building would have been converted into a small storage warehouse, which would have required 91 parking spaces instead of the current three to comply with village code.

Several residents attended the hearing to protest the plan, and the board ultimately voted, 3-2, against granting variances for an increase in height and reduced parking requirements.

“In 2017, the mayor and board of trustees amended the zoning map to reclassify the Long Beach corridor to Business A-1 District in order to protect the abutting residents,” village spokeswoman Julie Grilli said in a statement. “The Board of Zoning Appeals reviews applications that propose to utilize property in a manner not consistent with municipal zoning laws.”

With its variances denied, WMG Rockville will either have to amend its request or find another use for the building. Calls to the company requesting comment had not been returned at press time.

Vineet Khosla, who said he has lived in Rockville Centre for more than three decades, was among those who voiced their opposition to the storage facility. “I was opposed to the project because I live on Powell Avenue, and I’m seeing that sometimes they give the OK to projects that are absolutely ridiculous,” Khosla said of the zoning board. “We have too many commercial buildings in our town, and we’re going to put a whole other commercial building there. It’s a family-oriented street, in front of our recreation center. If you put up a full commercial enterprise, I don’t think anybody in town is going to like it, which is probably why it failed.”

Several village residents criticized the variance request online in a “Save Little Town,  stop the storage facility from expanding” post on Facebook, and attended the hearing as well.

“The height is nearly doubled what is permitted and the parking is radically under what is required,” the post read. “This lot is at the very entrance to The Little Town shopping district and in a village where there are four other storage facilities less than a mile away. This space deserves a more beautiful entry to The Little Town.”