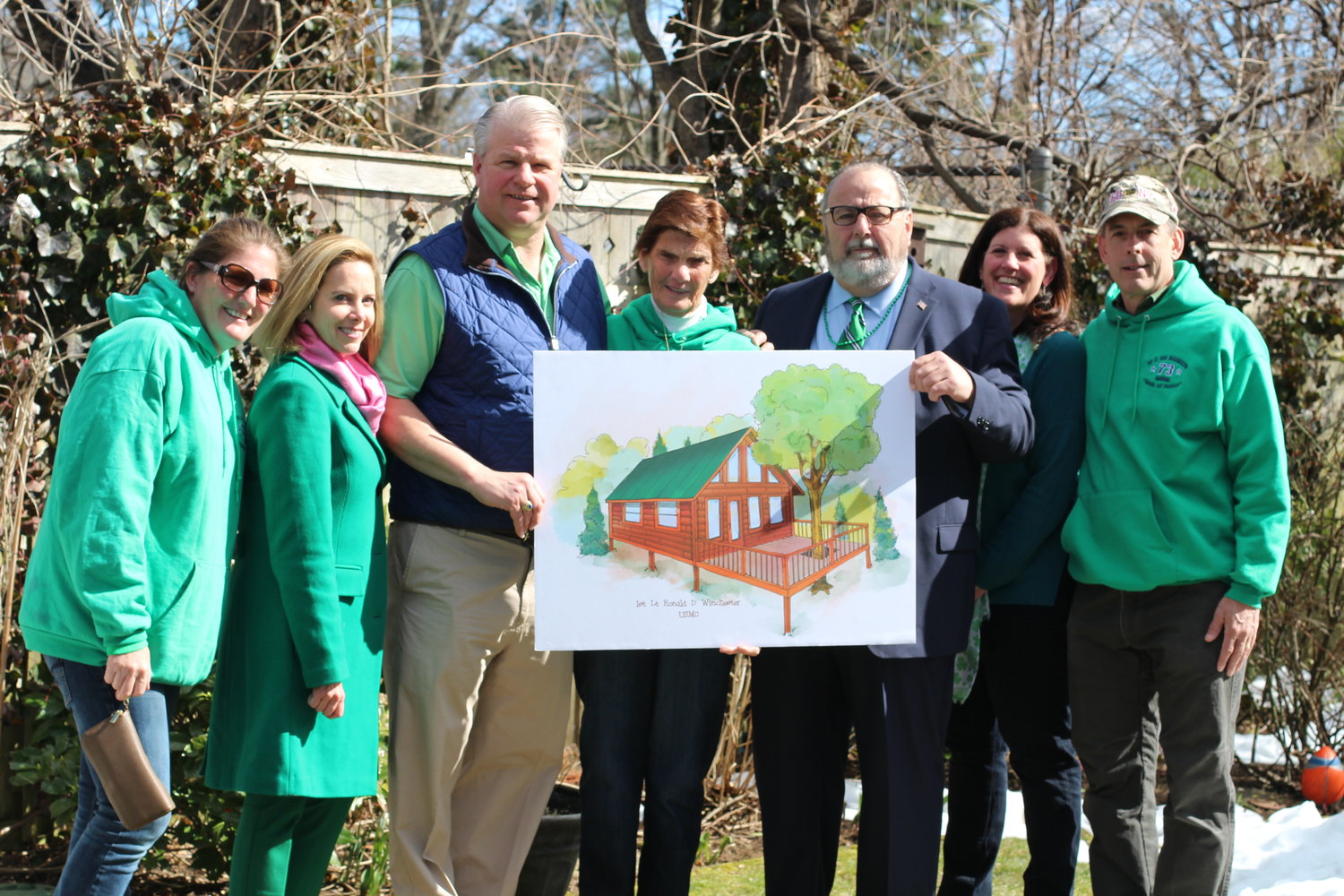 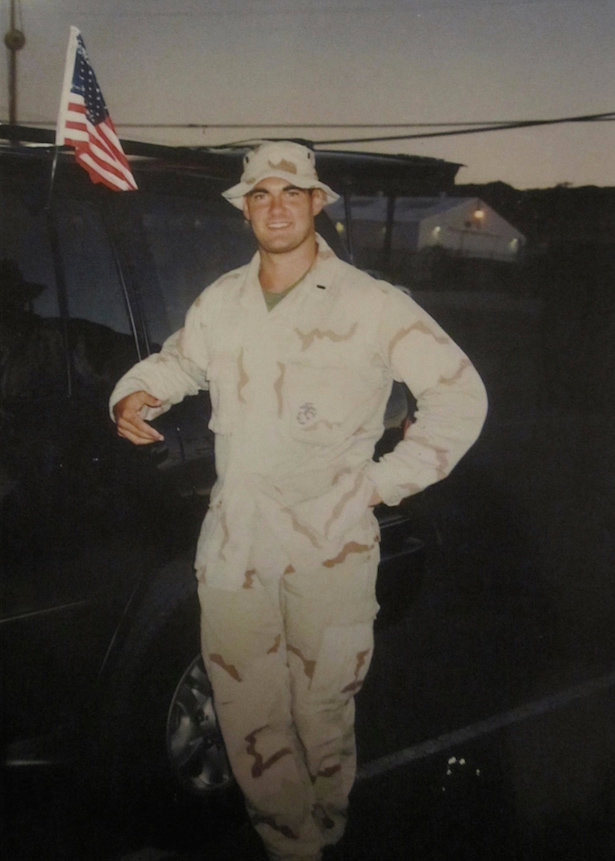 1st Lt. Ronald Winchester, a Marine from Rockville Centre, was 25 when he was killed in Iraq in 2004.
Courtesy Facebook 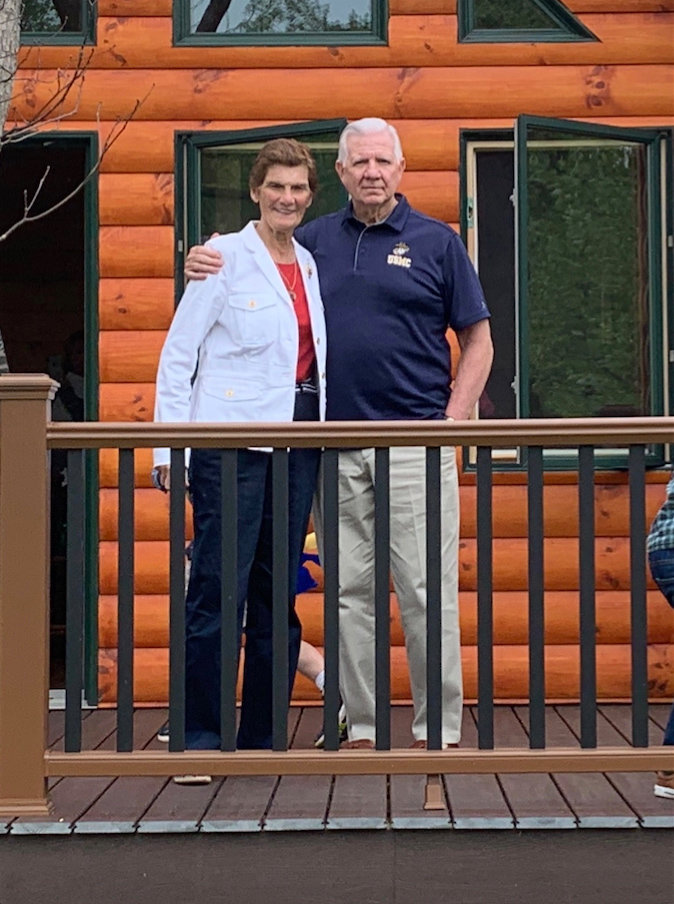 At the age of 2, Ronald Winchester wanted to be a Marine for Halloween. He wore the costume not only that Oct. 31, but for the next three Halloweens, until it no longer fit.

At 12, he went to Marine reunions with his grandfather Dominick Gatta, who served in the Marine Corps from 1940 to 1945. As a junior at Chaminade High School, he told his mother, Marianna Winchester, he wanted to go to the U.S. Naval Academy. He eventually played football there, and graduated in 2001. And, like his grandfather and his uncle Rocco Gatta, Winchester became a Marine.

“That was his dream,” his mother told the Herald. “He dreamt and it came true for him, and he never had any fears and doubts in what he did.”

A first lieutenant in the 1st Battalion, 7th Marine Regiment, Winchester, of Rockville Centre, was killed on Sept. 3, 2004, when an improvised explosive device detonated near his vehicle in the Al Anbar province of Iraq during his second tour there. He was 25.

His mother traveled to Bluemont, Va., on a bus with other village residents last Sunday to visit Boulder Crest, a 37-acre retreat for combat veterans, where a treehouse was built and dedicated to her son after community members raised $35,000.

“The treehouse will be there for the use of military families and their children for years to come,” said Brian Rathjen, a fellow Naval Academy alumnus from Rockville Centre who serves as a board member for Boulder Crest. “Those children will be able to learn the story of Ron Winchester, and hopefully try to emulate his service to this country.”

Rathjen graduated from the Naval Academy in 1988, and was stationed at Pearl Harbor in Hawaii on an anti-submarine warfare ship from 1989 to 1992, patrolling the Pacific. He never met Winchester, but knew his story

Rathjen joined Boulder Crest’s board about four years ago, to help raise money for and spread awareness of the retreat among New Yorkers. At a November 2017 meeting, he learned that Boulder Crest was trying to raise money to name the treehouse. Rathjen immediately called his friend Michael Quilty, another Rockville Centre resident and Naval Academy graduate, and floated the idea to have it named for Winchester. Then the two got to work.

“Being a veteran myself and being passionate about helping veterans, particularly post-9/11, I thought it was a great way to give back,” Rathjen said. “I think it’s an awesome way to keep the legacy of Ronald Winchester alive.”

Though Marianna has raised money in her son’s name since he died, Quilty recalled helping organize a group to support her efforts about six years ago. On the application he submitted to join the St. Patrick’s Parade to march and raise money, he called the group Friends of Ronald Winchester. After marching in the parade each year, Quilty has hosted a gathering at his home, where local veterans and other residents donate to various causes that Marianna supports, like America’s VetDogs, the Semper Fi Fund and the 1st Marine Division Scholarship Fund.

After last year’s parade, the group presented her with a rendering of the treehouse at Boulder Crest, which she said came as a total surprise. “Here’s a guy who gave it all, and everybody should know about it,” Quilty said. “We’re all obviously big fans of the Winchester family and try to do as much to keep Ron’s memory alive.”

Though her son died more than 14 years ago, “In my heart, it feels like 14 minutes,” Marianna said, adding that the people of Rockville Centre, where she has lived since 1976, have given her much love and support in that time. “I myself would not have been able grieve the way I have been grieving without their help, because they managed to get me over that hump of saying, ‘We’re here for you.’”

Last Sunday at Boulder Crest, she saw the treehouse for herself. A plaque on the cabin bears the name “Ronnie” Winchester, and there are games inside and a swing set outside, perfect for families. “To see the real thing, I was speechless. I was in awe,” she said. “It was something that you’d see in a storybook.”

A caring, loyal friend with a “heart of gold,” Marianna said, her son chose to go back to Iraq for a second tour, telling her before he left that in a world full of the unknown, if he was going to die, he might as well die for his country. “He didn’t feel like his mission was done yet,” she said. “That’s the way he was.”

Winchester would have turned 40 last month. Quilty said that Marianna, and many others, shed tears of joy at Sunday’s dedication ceremony.

Marianna and the Friends of Ronald Winchester continue to raise money in her son’s name through the St. Patrick’s Parade, an annual Walk of Honor and a golf outing, among other events. Over the years, his name has been memorialized on a War on Terror monument outside the John A. Anderson Recreation Center, a hall at American Legion Post 303 and as an honorary name for Greystone Road, the street he grew up on. Now, Marianna said, she’s happy he will be remembered at a place focused on improving the well-being of combat veterans.

“Those that did know him will say that they’re happy that something like this was done in his honor because of what he represented,” she noted, “not only to the people that knew him, but to our country.”