Volunteers from Ohav Sholom in Merrick help seniors get vaccinated 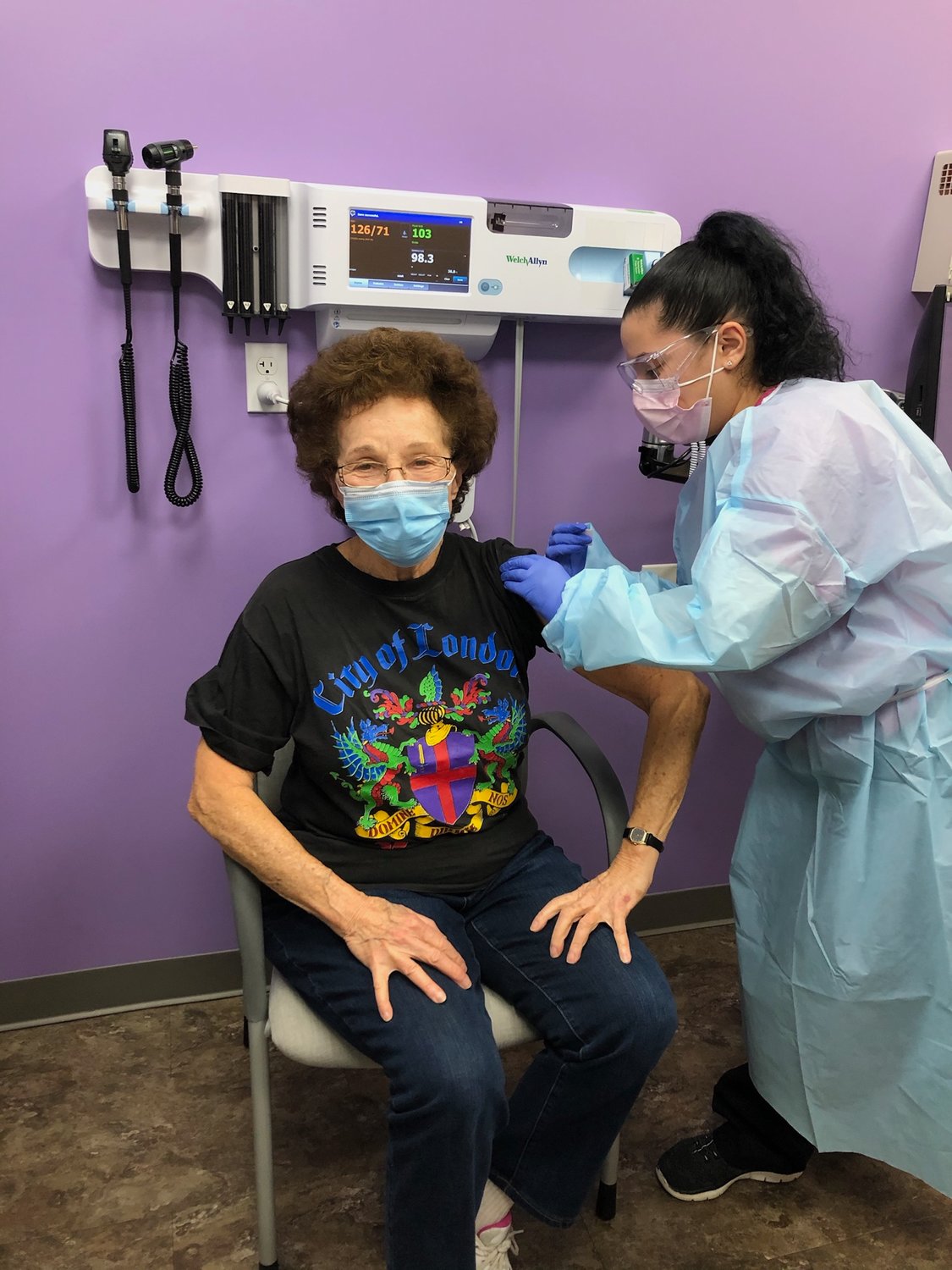 Resident Myrna De Silva traveled to GoHealth Pediatric Urgent Care in Hewlett for her first dose of the Covid-19 vaccine. She secured an appointment with the help of volunteers from Congregation Ohav Sholom, who recently started an initiative to get seniors vaccinated.
Courtesy Shawn Gross

“I would go on the computer and be in a sweat,” recalled Lettie Werbel.

Last month, Werbel’s husband, Steve, 82, spent six days in the hospital after contracting Covid-19. The severity of his case panicked Werbel, she said, so when Steve became eligible for the vaccine, “I wanted to make sure that he got it.”

But the process of actually scheduling an appointment proved to be a difficult task. The Merrick residents spent weeks looking for availability online, which was often stalled if a website crashed or they had to call a busy helpline. Werbel, 75, was scheduled to receive her first dose of the vaccine from a Northwell Health facility in Woodmere, but the appointment was canceled two weeks before she was set to arrive.

“Because I was already in the system, I called to see when I could get another appointment if more doses became available, but I was told I would have to start the process over again,” Werbel said. “It was arduous.”

The Werbels’ luck turned around when they received an email from Congregation Ohav Sholom, in Merrick, directing them to a Google Docs form on the synagogue’s website. There, congregants input their information to be added to a database, which volunteers use to help secure vaccination appointments for seniors 65 and older. (Persons in that age group qualify for the Covid-19 vaccine under Phase 1b of the state’s vaccination program.)

“It was something that had to be done, and we just did it,” said congregant Shawn Gross, who spearheaded the initiative. Having helped his friends who qualified under Phase 1a secure appointments back in mid-December, Gross learned how to mitigate the online scheduling systems, which he described as “convoluted.”

“I thought, ‘There is no way 75-year-olds are going to be able to figure out these websites,’” said Gross, of Merrick, “so we set out to simplify the process for them.”

Gross works with 10 volunteers — including his wife, Hedy — who monitor state- and- locally-run vaccination websites, nycvaccinelist.com and @TurboVax on Twitter to keep track of availability. As appointments open up, volunteers sign up seniors using the information from the database.

“There were some nights we’d book 45 appointments in a matter of two hours,” Gross said. “There were periods where I slept with my laptop.”

Once an appointment is secured, registrants receive an email confirmation that includes a ticket to present at their vaccination site. For those seniors who don’t have an email address, a printout of the ticket is delivered safely to their home.

In some cases, volunteers have even provided transportation. Congregant Rob Liebman, of Merrick, drove one woman to Queens so she could get her shot. “Wherever we can find an appointment for them they’re willing to go,” Gross said.

Thanks to Ohav Sholom’s volunteers, Steve got his first dose of the Covid-19 vaccine at the Peconic Bay Medical Center in Riverhead on Feb. 11. He is just one of 400 seniors that was helped by the effort, which includes congregants and non-congregants from Bellmore, Merrick, Wantagh, Seaford and other surrounding communities.

“The feedback has been so moving,” said Rabbi Ira Ebbin, of Ohav Sholom. “These seniors have suffered so incredibly during this pandemic . . . They’ve been so vulnerable, so isolated, and to be able to give them the feeling that people care about them — that strangers are willing to do something for them — that’s been the greatest thing.”

“The synagogue came through for so many people,” Werbel said. “They expedited the process and took all the stress away. We can’t say enough about the outreach; it was just incredible.”

Gross said his group will continue to connect residents with vaccination appointments as eligibility continues, and added that they have partnered with the Chabad Center for Jewish Life to expand their reach.

“In one word, we’re giving hope to these people,” he said. The vaccine “gives them the ability to turn back to normal, whatever that is now.”

If you are 65 and older or have comorbidities and need help getting a vaccine, visit www.ohav.org.