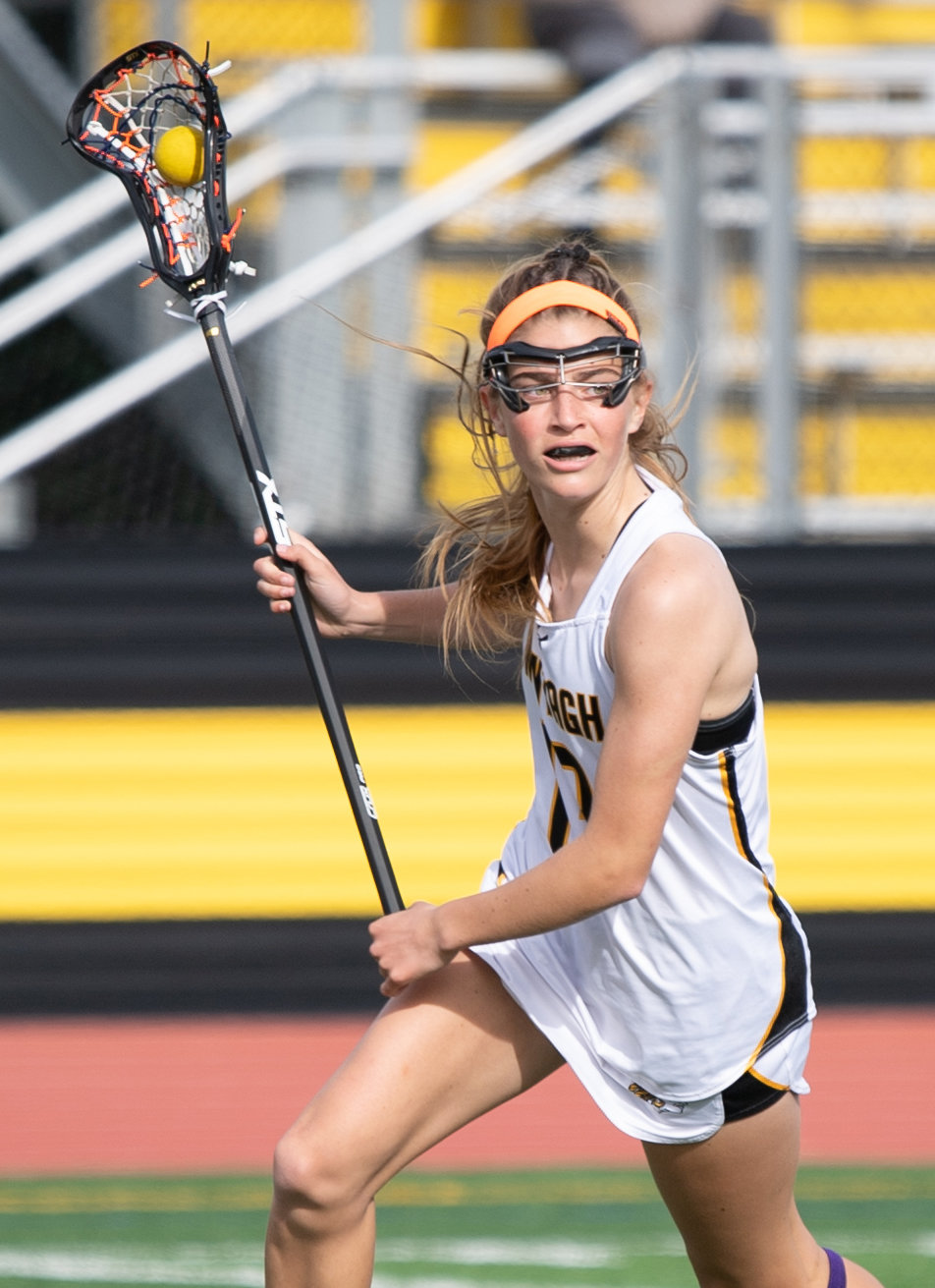 Madison Alaimo, with 89 points, is a key piece of Wantagh’s prolific offense which has produced at least 15 goals seven times.
Media Origin Inc./Herald
By Andrew Coen

The Wantagh girls’ lacrosse team heads into the Nassau Class C playoffs with a nearly unblemished record, but it was an early-season defeat that may prove to be a major catalyst in the Warriors’ quest for a championship run.
Wantagh (13-2) fell to Catholic League power Saint Anthony’s 19-11 on April 2 after outsourcing the Warriors 10-4 in the second half. Fourth-year Wantagh coach Robyn Rooney said the non-league losses proved a blessing in disguise in spurring the team to win 11 of its last 12 regular season games while playing one of the toughest schedules in the nation in Nassau Conference I.
“That Saint Anthony’s loss was the best thing that could have happened to us,” Rooney said. “It exposed a lot about us and helped us get better.”
The Warriors responded to the Saint Anthony’s setback two days later with a 16-7 win at defending Class A champion Massapequa in which the Warriors dominated, 9-0.  Wantagh won every remaining game except an 8-7 loss to reigning Class B champion Garden City en route to capturing a Conference I title.
The triumvirate of college bound seniors Madison Taylor (Northwestern), Madison Alaimo (Virginia) and Eva Ingrilli (UNC) have powered an explosive offense that has tallied 15 or more goals in seven games. Taylor, a reigning All American, leads Wantagh in scoring with 92 points followed by Alaimo with 89 and Ingrilli (67).


“They should all get All-American honors,” said Rooney of her super trio. “All three of them are such great students of the game.”
Taylor (60 goals, 32 assists) is also a force on the draw control circle with 117. She recorded her 300th career draw win late in the regular season.
The offensive dominance of Taylor, Alaimo and Ingrilli has opened up doors for other players including Julia Nicholson, who tallied two goals in an 11-9 win against South Side on April 28.
Olivia Nicholson, Juliana Cerasi, Riley Forthofer and Erin Whitacker have also stepped up as scoring options.
Rooney said the defense has also been a major strength this year with all new starters including Bridget Smith, Kat Gullian, Nicole Baudo and Paige Martin. Junior goalies Nicole Schaumloff and Lauren Rochel have split time in net.
“They have exceeded my expectations,” said Rooney of her defensive unit. “They have been playing very well.”
Wantagh, which fell in last year’s county championship by one goal to Manhasset, earned a first round bye as the top seed in Class C and will host either Bethpage or Locust Valley in the quarterfinals Friday. The semifinals and finals are scheduled for May 26 and May 31, respectively, at Adelphi’s Motamed Field.
Despite entering the postseason as the top seed, Rooney said it is important the players never look too far ahead in the team’s quest for the program’s first county title since 2017 and first ever Long Island crown.
“We’re trying to keep that underdog mentality and that underdog work ethic,” Rooney said. “We want to leave our legacy here, but you have to earn it.”