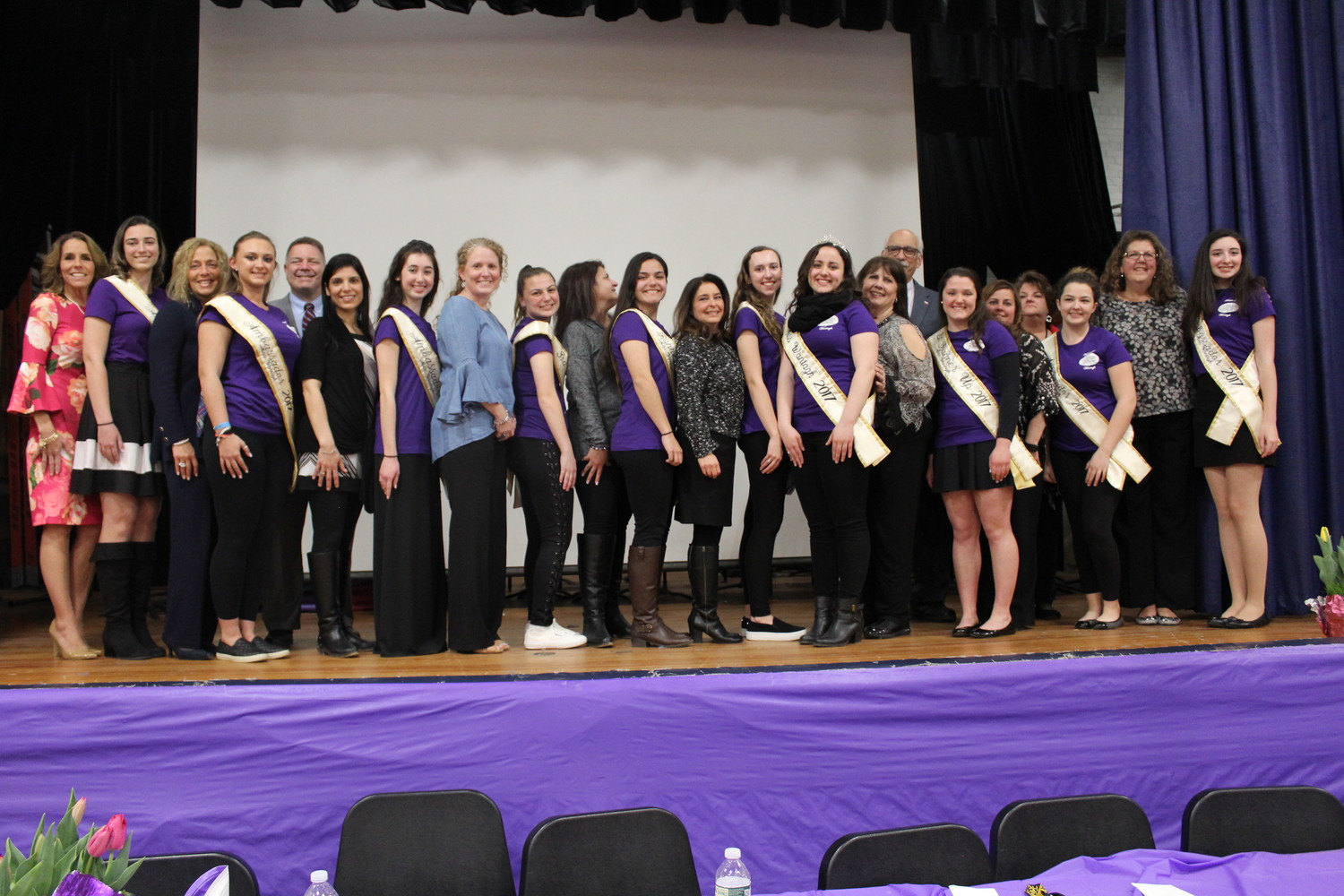 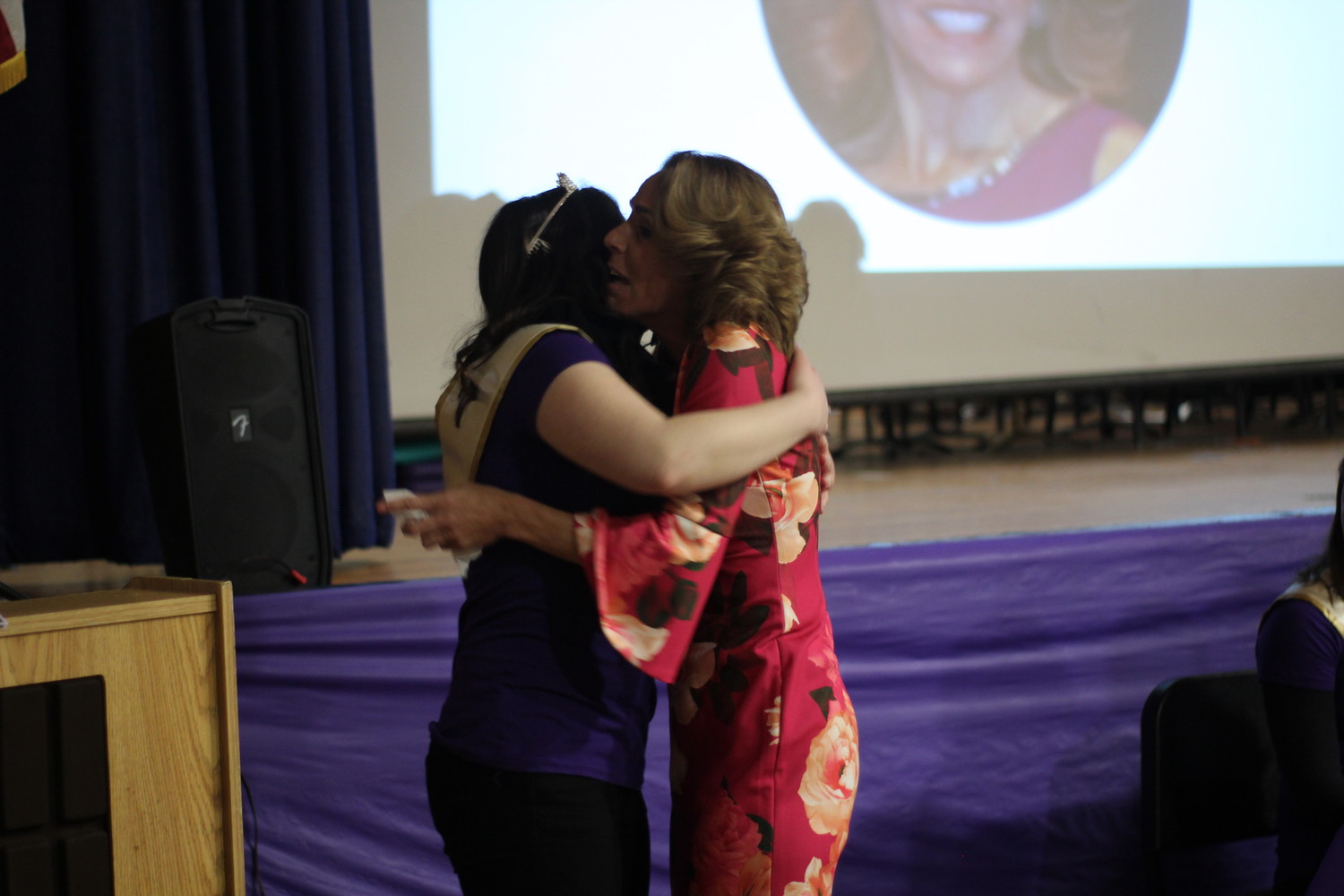 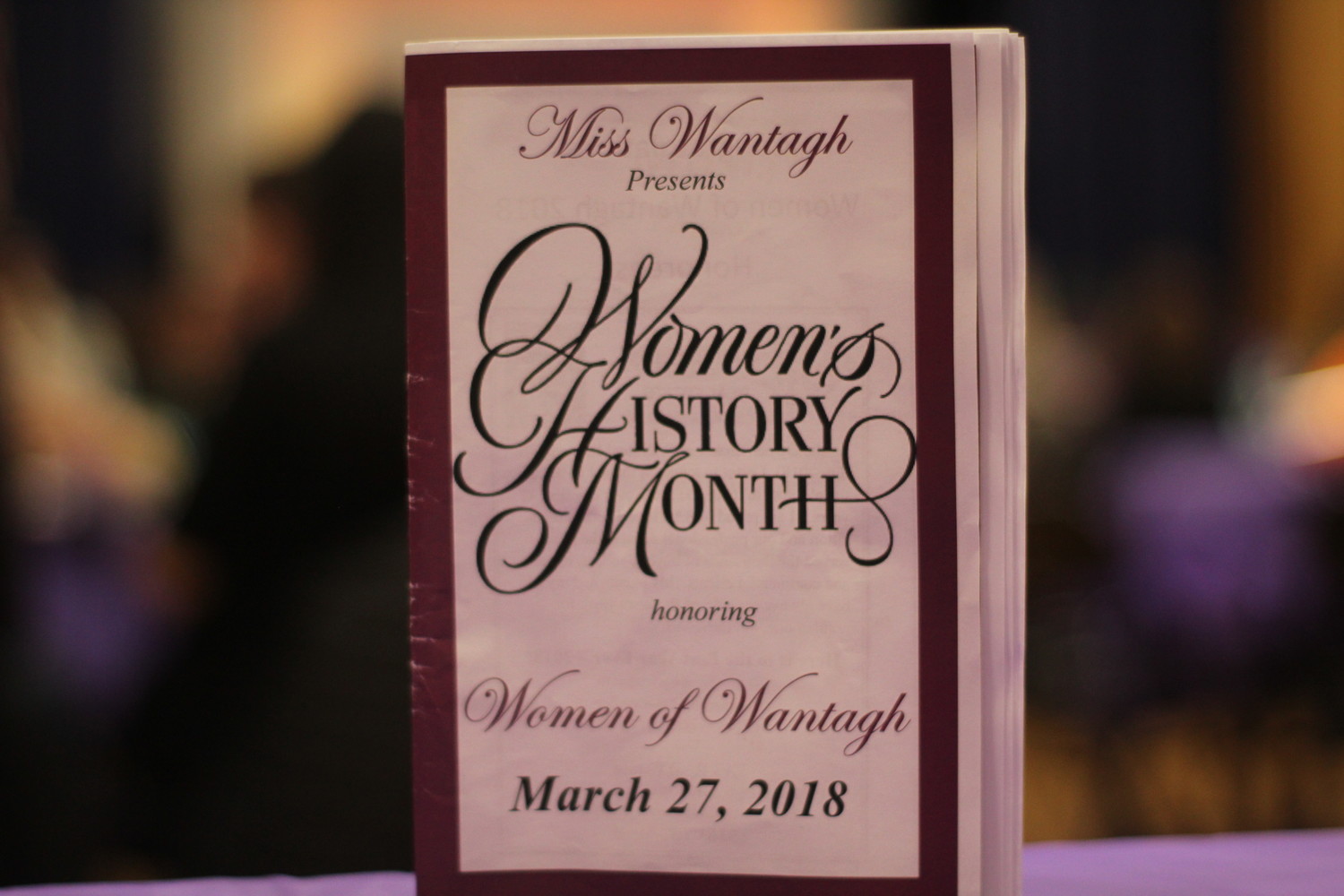 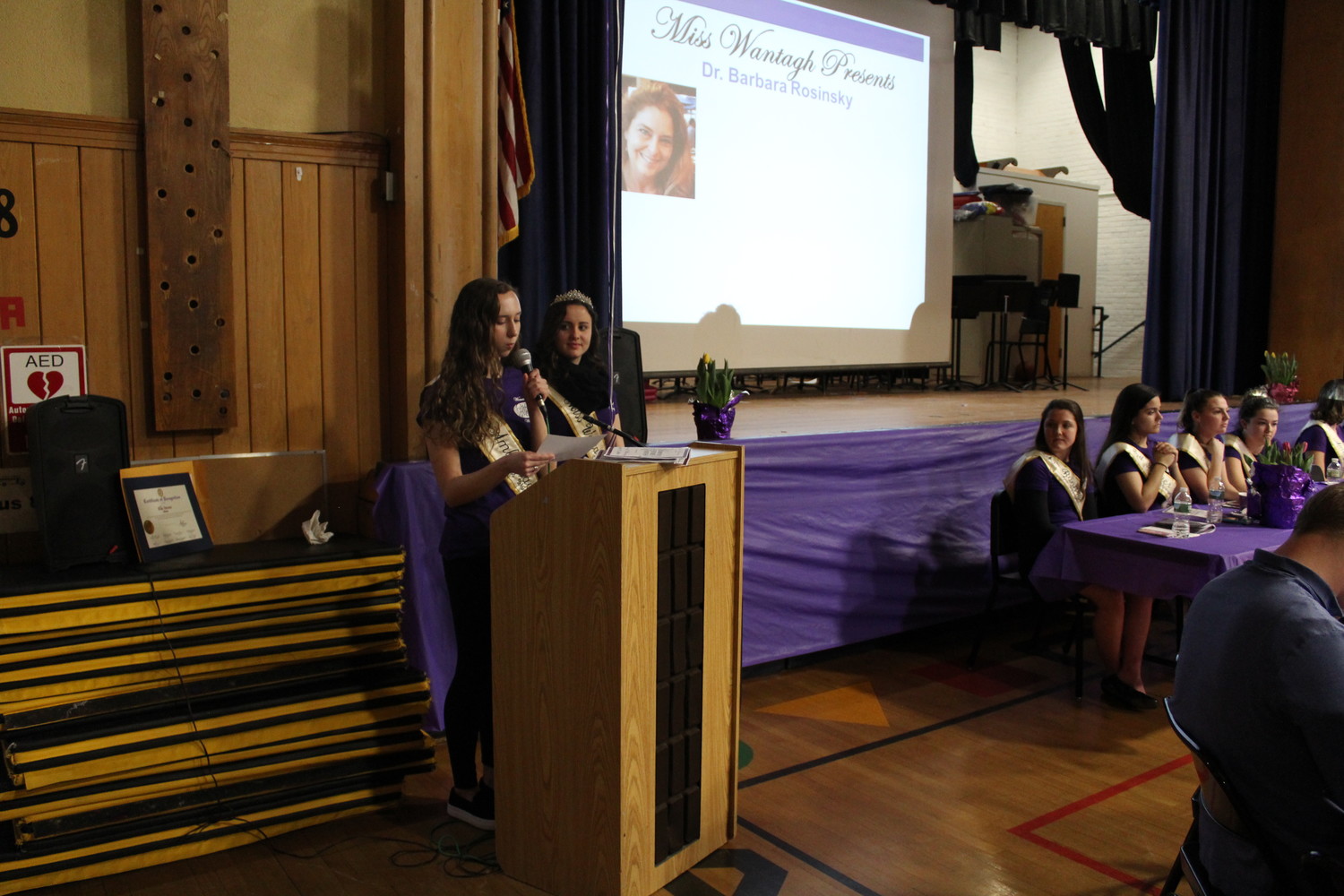 The Women of Wantagh award selection process is broken into two steps: Community members nominated women of extraordinary service, and each Miss Wantagh court member selected one woman to receive the prestigious award.
James Mattone/Herald
Previous Next
The 2018 Women of Wantagh

Miss Wantagh 2017, Samantha Walsh, and her court honored 11 inspirational women as 2018 Women of Wantagh in the Wantagh Elementary School gymnasium on March 27.

Walsh said that the 11 honorees — Julie Argueta, Barbara Breen, Ilene Corina, Laura Dupkin Memisha, Lori Gottlieb, Dr. Debbie Kaufmann, Maria Reilly, Barbara Rosinsky, Marlena Schein, Cathleen Schmidt and special nominee Heidi Felix — had made outstanding contributions to the Wantagh community, and added that they were role models for young women like her and the members of her court.

“This isn’t just about these women,” Walsh said. “It’s all the women in Wantagh. I wish I could nominate and honor so many more, but these women stood out — and I thank them so much for all that they’ve done.”

Wantagh has held an annual Miss Wantagh pageant since 1956, to recognize a local high school sophomore or junior for her community service. In 2014, winner Kayla Knight established the Women of Wantagh award — presented in March, Women’s History Month — so that woman who were not involved in the pageant could also be honored for their outstanding contributions to the community.

“She wanted to recognize the role models that she looked up to in Wantagh,” Ella Stevens, the Miss Wantagh pageant and event coordinator, said of Knight.

The Women of Wantagh are chosen in a two-stage nomination process. First, community members send nomination forms to the Miss Wantagh court, detailing nominees’ achievements. Each court member then selects one woman to be honored. “If there were eight girls, eight girls would get nominations,” Stevens explained. “This year we had 10, and luckily we had a lot of nominations.”

The Miss Wantagh court recognized this year’s 10 nominees as difference makers, Stevens said. “I’m blessed to have them,” she added with a laugh.

From Gottlieb, a Wantagh Elementary school teacher who organizes an annual walk for multiple sclerosis charities, to Breen, the St. Frances de Chantal Theatre Group’s special events and business director, the honorees represent a range of community work and professions. And they all have one thing in common, Stevens said: They make Wantagh a better place.

“That’s what makes this community so tight-knit,” she said, “that these people — these women, and the women before them, keep giving these selfless acts … to make this town a better community for everyone to live in.”

Felix is surprised by recognition

Sitting at the back of the gym, Felix did not expect to be the first woman called up to be recognized. As Stevens explained, the Miss Wantagh court all wanted Felix to be a Woman of Wantagh, so they decided to add her to the group of 10 as a special nominee.

“Heidi has been so involved in so many different organizations in the community,” Stevens said, “that every year, her name comes in as a nomination.”

Felix’s involvement in Wantagh ranges from leading Girl and Cub Scouts to being active in the Chamber of Commerce and Kiwanis Club — to even helping with the Miss Wantagh pageant.

At first, Felix did not realize that photos of her volunteer work started appearing on the event’s PowerPoint presentation and that her family and close neighbors were filing into the gymnasium to surprise her. As soon as it dawned on her what was happening, she was overwhelmed with emotion, and walked up to accept her award — hugging Walsh, Stevens, and members of her family and the Miss Wantagh court.

After the ceremony, Felix recognized the other 10 Women of Wantagh as her close friends and the reasons why she kept volunteering.

“I can’t even imagine life without Wantagh,” she said, “and being honored as a Women of Wantagh is the just best thing.”