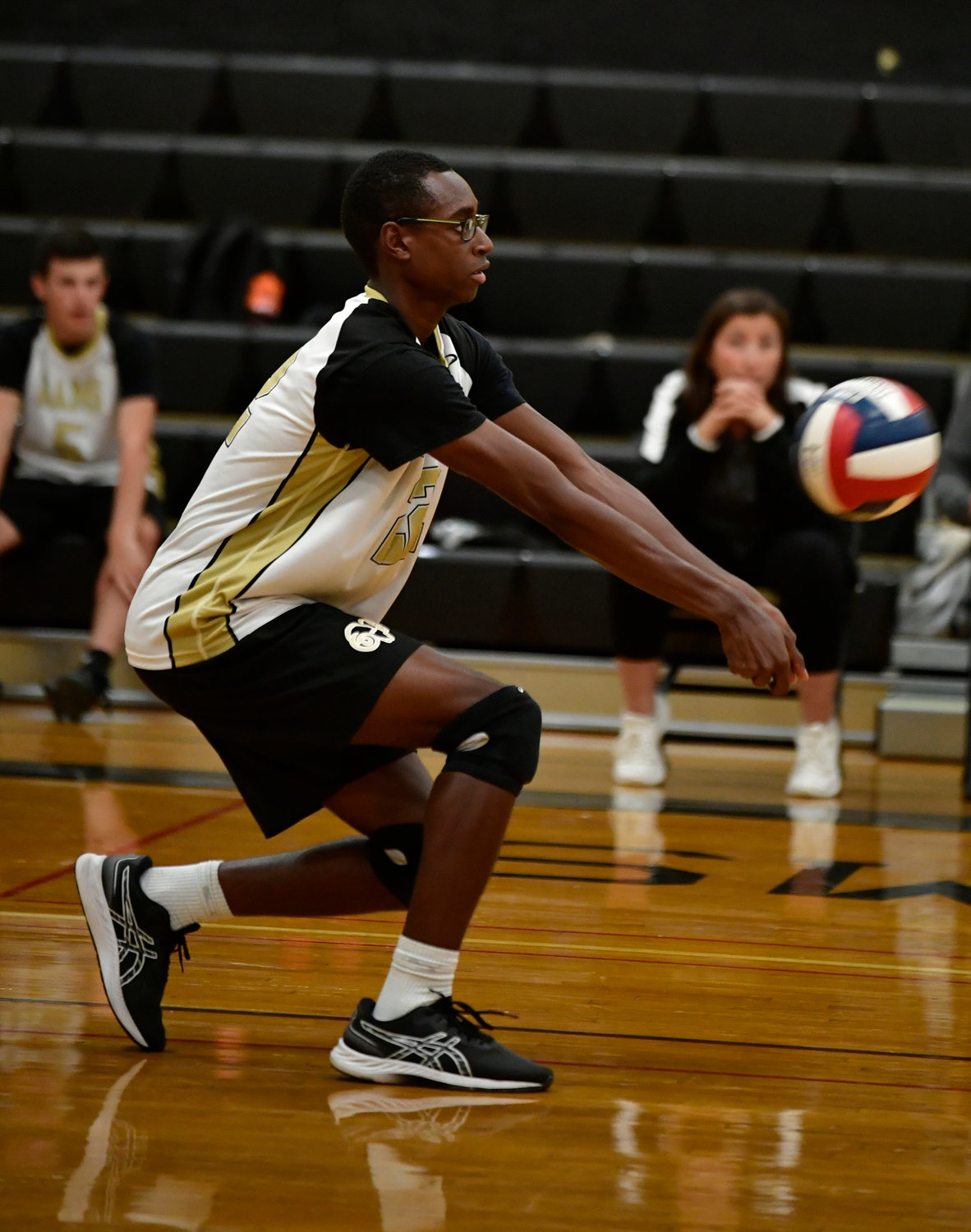 Aden Palmer is part of a large junior class comprising the Rams’ roster and contributing 7 kills per match.
Anthony Hughes/Herald
By Vincent Matula

For some teams, success doesn’t happen right out of the gate. After starting the season with two straight loses, the West Hempstead boys’ volleyball club has found its stride winning five of the last six matchups to rise in Conference 2C.
Last week, the Rams took down Sewanhaka along with Valley Stream Central in non-conference play. A big reason for the Rams recent uptick in success has been consistency.
“We’re looking to play at a higher level as the season moves along,” coach Andrew Wilson said. “The things that we do well I want to see more of and the things we have some difficulty with we obviously want to cut down on.”
A premiere set-up man for the Rams is setter Stephen Schreck, who never played the position until just recently. In each of their five wins, the junior has tallied at least 15 assists and set a new season high last Friday with 29. Schreck’s 131 assists are fifth most in the conference.
“Stephen has been doing a very solid job,” Wilson said. “That really helped our passing game a lot now that we’re able to have our libero play his normal position.”


The libero is Kevin Castro, who began the season at setter. The senior has not only been leading the way offensively, but defensively as well. Castro’s 32 aces are tied for the most in the conference and fourth in Nassau while his 93 digs are good for second most in 2C.
“If I had to pick a vocal leader of the team, it definitely would be Kevin,” Wilson said. “Kevin is the most experienced on the team and Stephen being able to move to setter has worked out great for us.”
Castro is one of two seniors on the Rams roster alongside Christian Marquez. The remaining 11 players are all juniors, but that doesn’t mean the club isn’t looking ahead as well.
“Every single year you’re always looking ahead, but right now we’re doing what’s in the best interest for this season,” Wilson said. “Getting everyone to play in every match will not only benefit us this year, but next year as well.”
Michelet Sainvilus and Aden Palmer have been doing their share as Sainvilus leads the Rams with 17 blocks in eight games while Palmer averages just over seven kills per match.
“We have a lot of kids that lead by example and are really dedicated to this team,” Wilson said. “I can always tell the JV kids to follow what our varsity players are doing.”
On the court, the goal for West Hempstead remains the same as it sits third in the conference with an overall record of 5-3 and looks to keep momentum going.
“We are improving and getting better,” Wilson said. “We just want to keep it going by playing some good volleyball and get some wins.”
Next up for the Rams is a conference matchup against Plainedge.