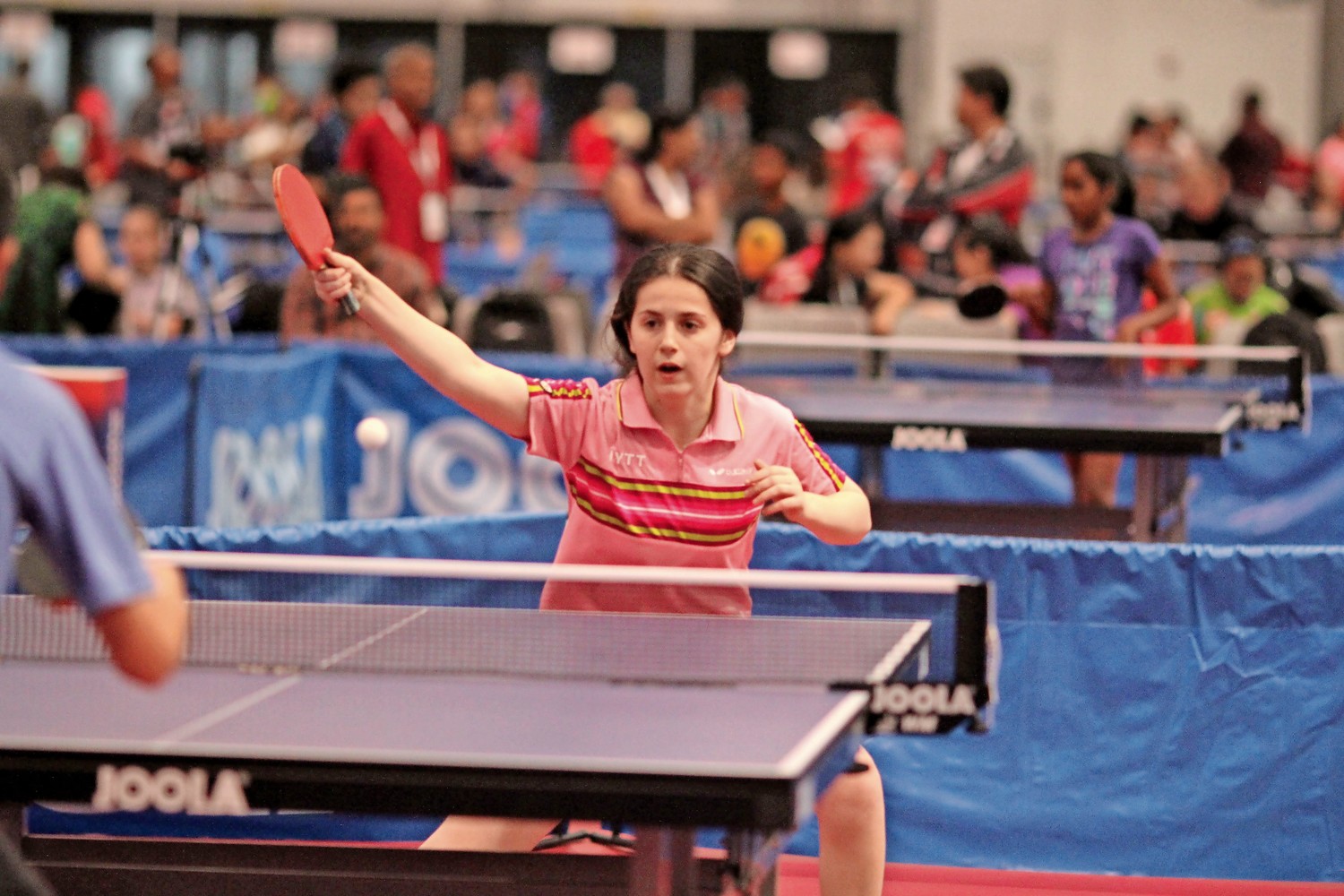 West Hempstead teen Estee Ackerman has long dreamed of bringing home an Olympic Games medal for Team USA in table tennis. Ackerman, 18, told the Herald that if she qualified for the 2020 Summer Olympic Games in Tokyo, she would be the first Orthodox Jew to represent the U.S.

One of the top-ranked women’s players in the country, Ackerman will be forced to miss the Olympic trials in Santa Monica, Calif., from Thursday to March 1, because some of the tournament would require her to play during the Jewish Sabbath, which takes place from sundown Friday to sundown Saturday.

“I try not to worry about the future,” Ackerman told the Herald in a 2018 story. “Sometimes people don’t focus on what they have in the present. It’s something . . . that I always keep in mind because it’s a dream of mine.”

Ackerman made her first Olympic run in 2016, when she tried out for the Summer Olympics in Rio de Janeiro. Ackerman was 7 when she first picked up a table-tennis paddle. She played the game with her older brother Akiva in the basement of her home. Her father, Glenn Ackerman — who played table tennis for 40 years — introduced his children to the sport to enhance their minds and to develop their hand-eye coordination.

A standout in table tennis, Estee has competed in numerous tournaments across the country, winning several gold medals in the U.S. National Table Tennis Championships. In addition, she has made philanthropic efforts through table tennis by competing in events such as Shalom Task Force’s annual Ping Pong Tournament and Barbeque, in which residents get to compete against her.

Glenn said his daughter is now in Israel for one year in seminar and is competing in the Israel Table Tennis League for team Hapoel Jerusalem.