Who is Josh Lafazan? 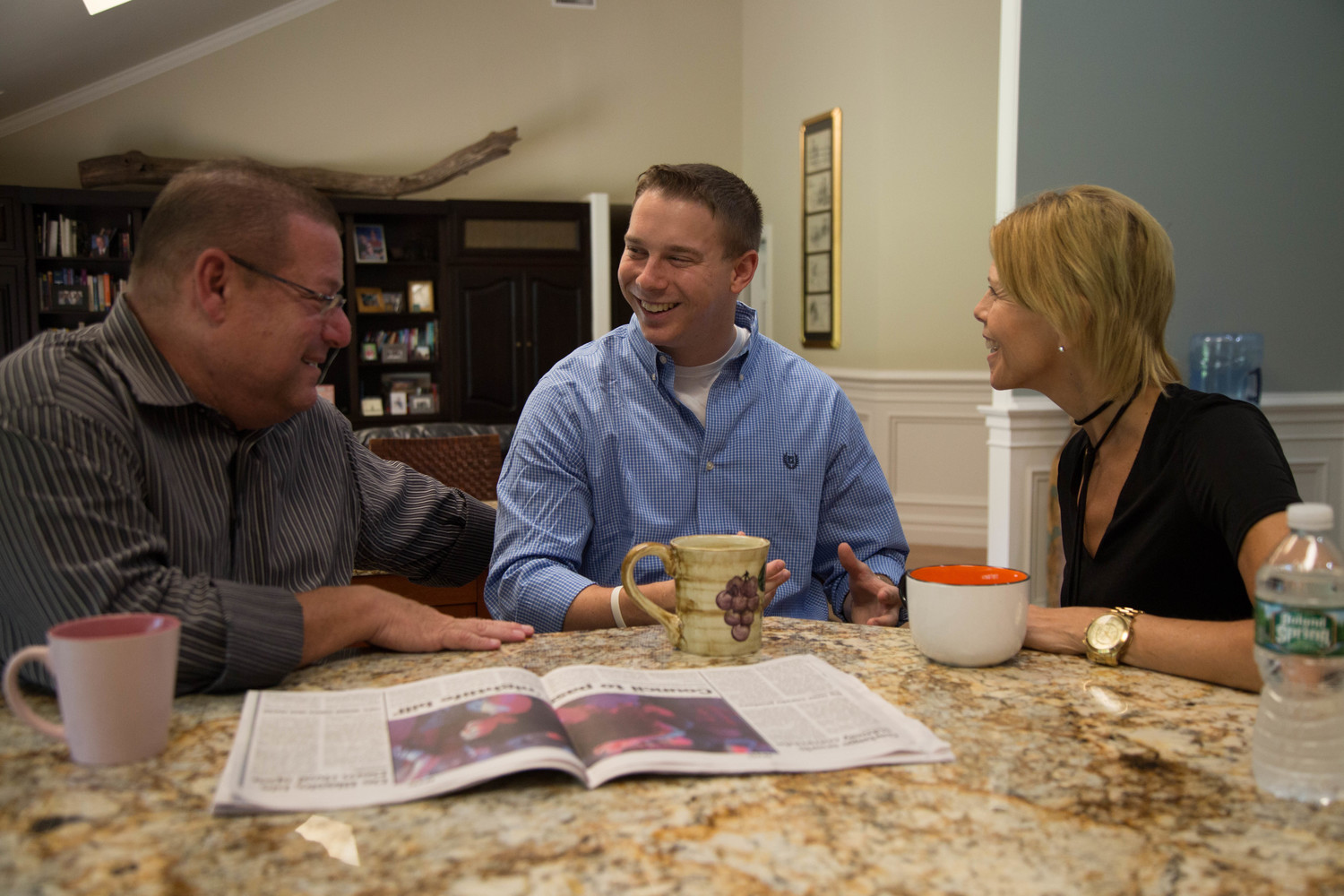 Josh Lafazan’s parents, Jeff and Sandy, have been supportive of his goals since he ran for the Syosset school board in 2012.
Courtesy Enna Chiang 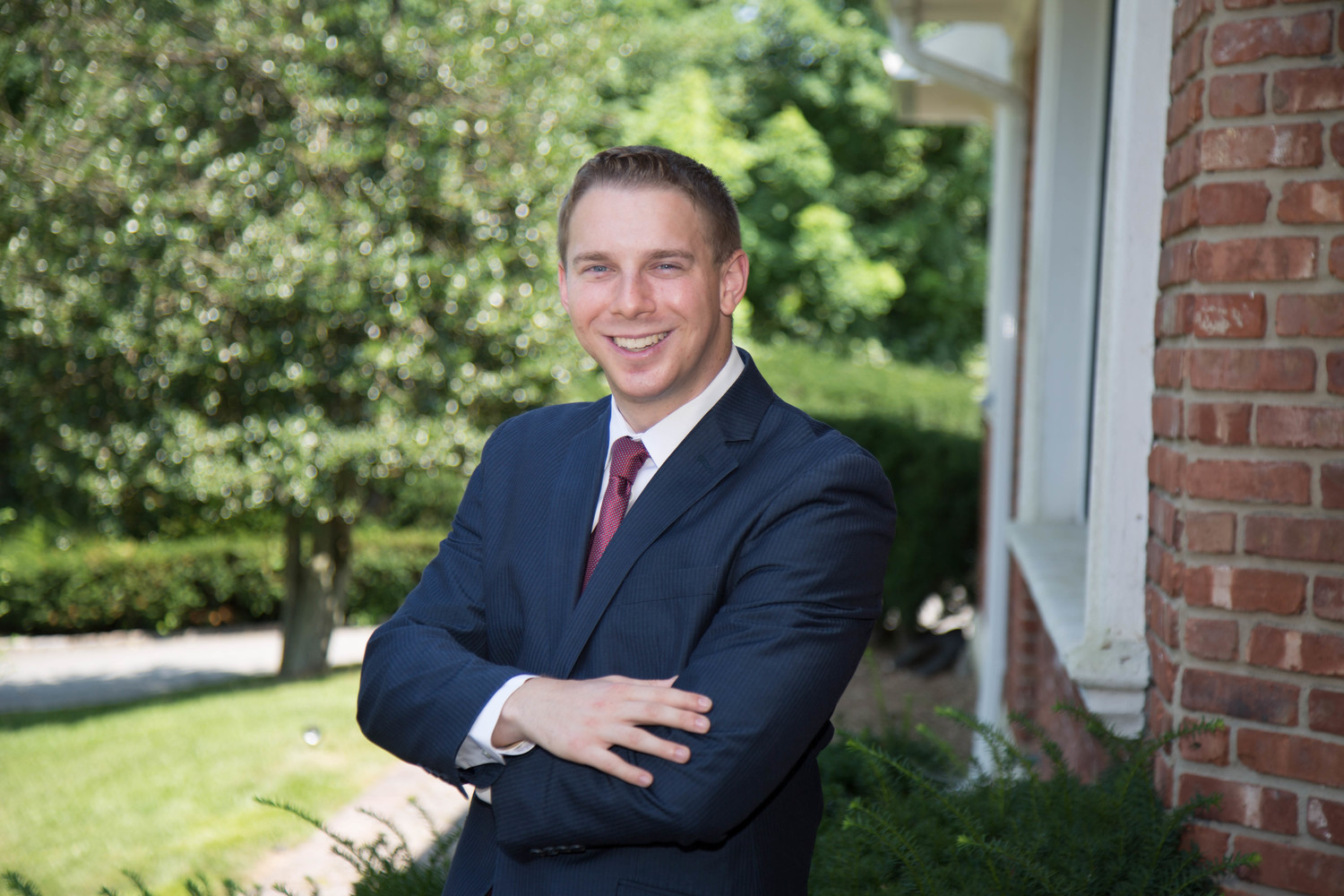 Josh Lafazan’s career in public service began in 2001, when he was elected to the first-grade student council at Walt Whitman Elementary School in Woodbury.

Now, at 23, he is the legislator-elect for Nassau County’s 18th District, becoming Long Island’s youngest legislator ever. And even before the November election, Lafazan had made history as New York state’s youngest elected official, when he won a seat on the Syosset school board at age 18.

A fast-talking, natural leader with seemingly endless energy, Lafazan has accomplished more in the first five years of his career than many people accomplish in 20.

“The thing that I recognized as early as middle school is, he always had the knack to say the right thing,” said his father, Jeff Lafazan. “He was a leader way back then, even in elementary school. Whatever required leadership, he was always involved.”

Lafazan’s second-grade teacher at Walt Whitman Elementary, Beth Kance, told his mother she thought he would be president someday. “He definitely had a certain spark that you couldn’t put your finger on,” Kance said. “He had a smile that lit up the room.”

Lafazan was also an athlete in middle school, playing basketball, soccer, lacrosse, football and baseball. He was recruited by the junior varsity basketball team his freshman year of high school, but instead decided to join Syosset’s forensic speech and debate team, an activity he quickly fell in

On the team, he practiced extemporaneous speaking, which required him to become as informed as possible on as many topics as possible. Being someone who already enjoyed reading for fun — one of his favorite books is “A Long Walk to Freedom,” by Nelson Mandela — he used it to his benefit: in ninth grade he was reading The Wall Street Journal and The Economist.

“All of a sudden in ninth grade he went from a regular kid to knowing everything about world history and world politics,” said his father. “He knew everything.”

He also learned how to be a persuasive speaker, build coalitions and debate. The team traveled the East Coast and won numerous awards both nationally and locally.

In high school, Lafazan resolved not to drink alcohol, a decision he still abides by today. In the pre-Uber era of 2011, he became the designated driver for his friends, and soon became the go-to guy for many of his classmates who needed sober rides home. He knew he couldn’t stop his friends from drinking, but he could try to stop them from drinking and driving. He founded Safe Ride Syosset, a volunteer organization that invited teens to call his cellphone and he would give them a free ride home. The first weekend alone, he had 40 passengers. The second weekend, many of those same teens volunteered to be drivers. And the effort continued to grow. In 2012, the group drove over 350 students home.

“It showed me that when you turn kids who are part of the problem into part of the solution, the results are incredible,” Lafazan said.

In his senior year, he was elected class president. It was then that he knew he wanted to be in politics. “It’s humbling, and it showed that people put trust in me to work fair on their behalf,” he said. “It was all these experiences that really pushed me to say, I can do this — I can run for the school board.”

In 2012, Lafazan ran for a Syosset Board of Education seat. “I knew it was going to be a challenge,” said his mother, Sandy. “I was just nervous. I didn’t want him to have any negative effects by it.”

After a contentious race in which he fought off attacks from the formerly highest-paid superintendent in the state, Lafazan won with 82 percent of the vote. At 18, he became the youngest elected official in the state. He was re-elected in 2015.

In his first term on the school board, he wanted to remain close to home, so he enrolled at Nassau Community College. After receiving his associate’s degree, he went on to get a degree from Cornell University’s Industrial and Labor Relations School. Even then he still continued to commute home, driving four hours both ways several times a week.

“We look for people with leadership skills and a kind of a passion for improving government,” said Ian Schachner, associate director of admissions at Cornell ILR. “He exceeded all of those things.” Schachner met Lafazan when he applied to Cornell, and believes he is changing the millennial stigma. “His story is one that I am just very proud to know and I love sharing with people,” Schachner said.

While at Cornell, Lafazan realized he had many wonderful mentors guiding him along his journey, but that other kids might not be so lucky. When he discovered that there was no literature for young people seeking office, he decided to do something about it. In his senior year, he interviewed 20 elected officials under age 30 from all over the country and put together a guide for ambitious young politicians. After turning down party invitations spending and many late nights at Dunkin’ Donuts, he finished “Political Gladiators: How Millennials Can Navigate the 21st Century Political Minefield and WIN!” It was published in 2015.

In the midst of his busy schedule, Lafazan found time to hold jobs and spend time with friends. He has refereed and coached basketball for various age groups, founded the Syosset basketball alumni league, and is an insurance sales representative with Beta Abstract in Oceanside.

Lafazan went on to earn a master’s degree in education policy and management at the Harvard Graduate School of Education. While there, Lafazan gave a TEDx-Youth Talk at Shady Side Academy in Pittsburgh, sharing his story of progressing from community college student to Harvard graduate.

Running for the Legislature

The experience and confidence he gained from fighting for his school board seat is something that his father said helped Josh push through the legislative election. “It was a hard race, and he was taking on a two-time Republican incumbent in a Republican district,” Jeff noted. “but I do believe that he was up to it, and history proved that he was.”

“We have a strong work ethic in our house,” added Sandy. Josh has two younger brothers — Justin, a junior at the Wharton School of Business at the University of Pennsylvania, and Aaron, a senior at Syosset High School. “No one was going to give him this election,” Sandy said. “If he wanted it, he had to go out there and get it, and he really took those words to heart.”

Lafazan is also lucky to have had political mentors along the way, including New York State Comptroller Tom DiNapoli, Nassau County Executive-elect Laura Curran and Steve Stern, the Suffolk County legislator in District 16.

Lafazan and Stern met about three years ago, through one of Stern’s constituents. “I think one of the most impressive things about Josh is that he implements his ideas,” said Stern. “Josh represents the kind of balance that so many of us hope for in a representative. Someone who has a background of accomplishments, someone who has passion and represents new, fresh ideas for the future.”

Lafazan acknowledges that running for the Legislature was a challenge. “I’m so blessed to do this at a young age, but it wasn’t easy,” he said. “It didn’t happen by accident. I worked every day toward it.”

As he waits to officially become a legislator, he is trying to make the most of his now precious spare time. He can be found spending time with his family, going to the gym or grabbing a bite with friends at Applebee’s, where the manager knows him by name.

“This is going to be my full-time job,” Lafazan said of the Legislature. “I just want to do the right thing.”