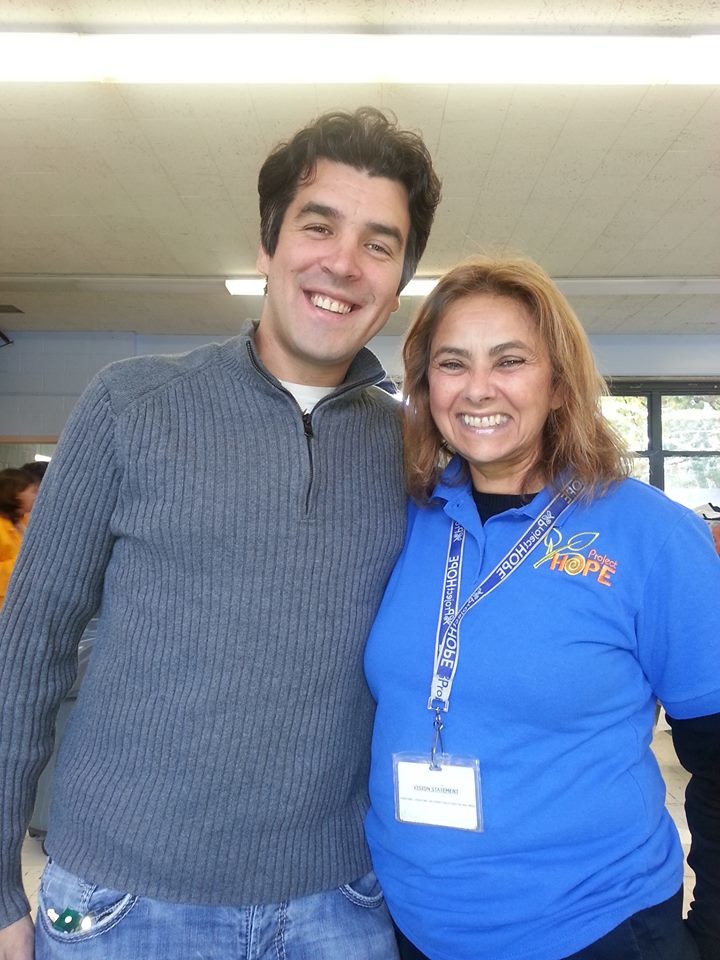 Barry with Sharon Friend of Project Hope, with whom he credits with helping him regain hope after Hurricane Sandy
Courtesy Brian Barry
By Brian Barry

After Hurricane Sandy, I was lost. I had been hurt on the job just a few months before the storm, and I was unable to move anything. I lost a lifetime of treasures in the storm, including my high school diploma, a record collection, baseball cards and autographed balls, family heirlooms, as well photographs that were not backed up by duplicates or negatives. It was all gone and irreplaceable. I was very upset and angry but I was unable to do anything about it. My neighborhood was destroyed, my car was filled with water, and there was no electricity.I was heading in a downward spiral and suffered from depression and Post Traumatic Stress Disorder. I would go from angry to sad, and I blamed God for the storm. I had given up. Here I was, a college graduate with two Masters degrees from Hofstra University, with no hope for the future. I was alone, and I had no immediate family to turn to nearby.

I was determined to stay in my home after the storm without heat and electricity after looters were caught breaking into storm-damaged homes, but friends and neighbors became concerned about my mental and physical well-being. Gerard Gonyon and his wife Karen, of Lynbrook, came to the rescue. I had been their mailman for a few years and we belonged to St. Raymond’s Church. They had noticed me at the East Rockaway Fire Department picking up food and clothing and were offering me to stay with them, but I was reluctant to take their help.One morning Gerard drove to my house and banged on the door until I answered. He told me to get in and he drove me to his house where his wife and him made me a beautiful lunch of hot soup and sandwiches. They again offered me the room in their basement. I refused, but Gerard still agreed to help me out. He gave me a kerosene heater, blankets, jackets and candles. He came to my house, went up on the third floor and covered my roof where it was leaking. He encouraged me to go to St. Raymond’s to get my meals and take him up on his offer if the living conditions grew worse. I was blessed and kept in touch. I still do to this day.