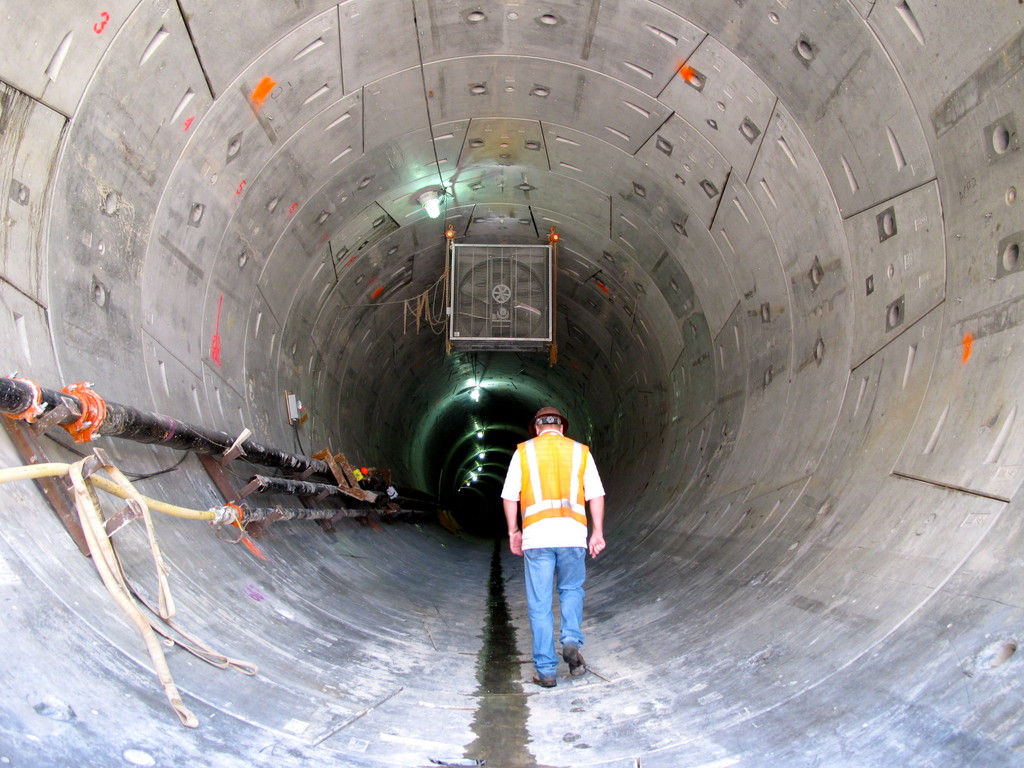 A worker enters a completed tube on the Queens side.
Chris Connolly 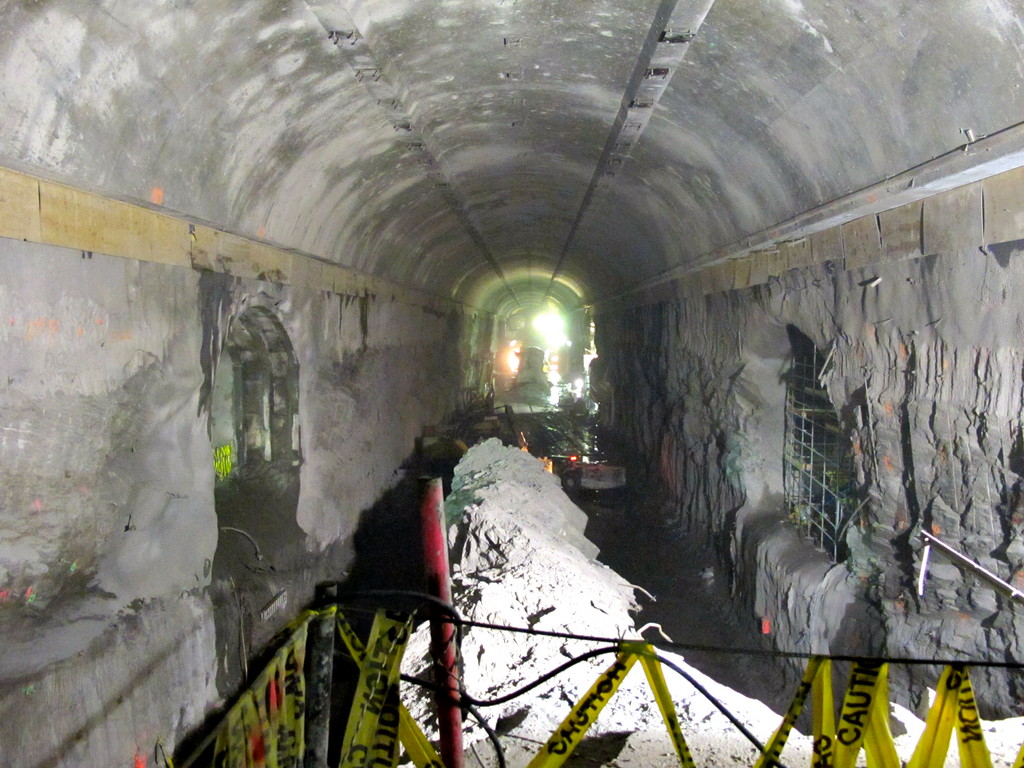 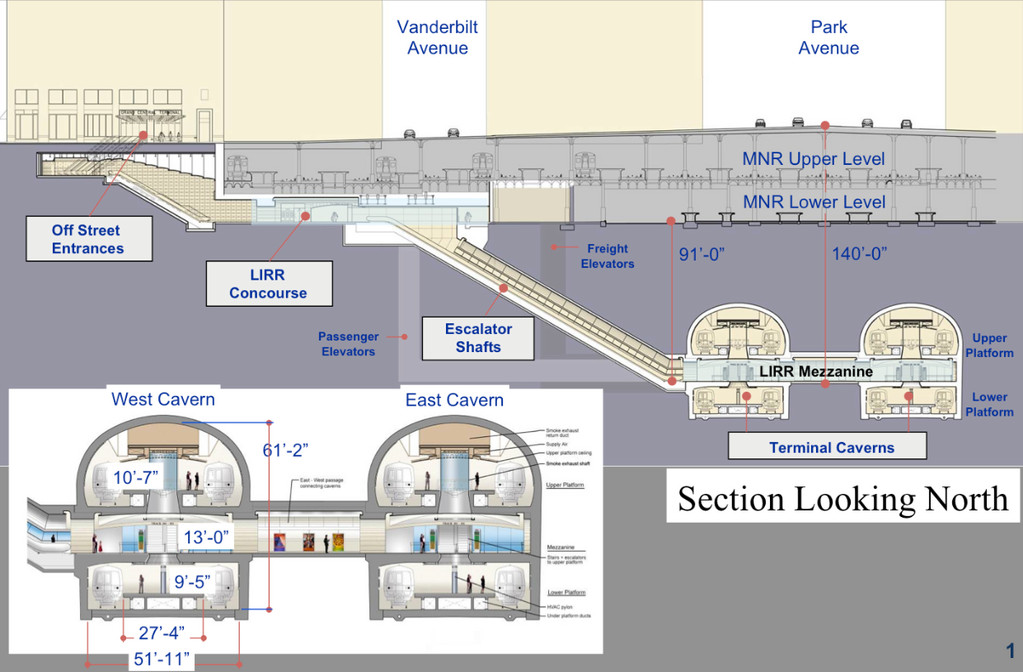 A honeycomb of eight tubes are currently being cut into the bedrock under Grand Central Terminal. Most people in the station have no idea what’s happening a few hundred feet below.
Courtesy MTA 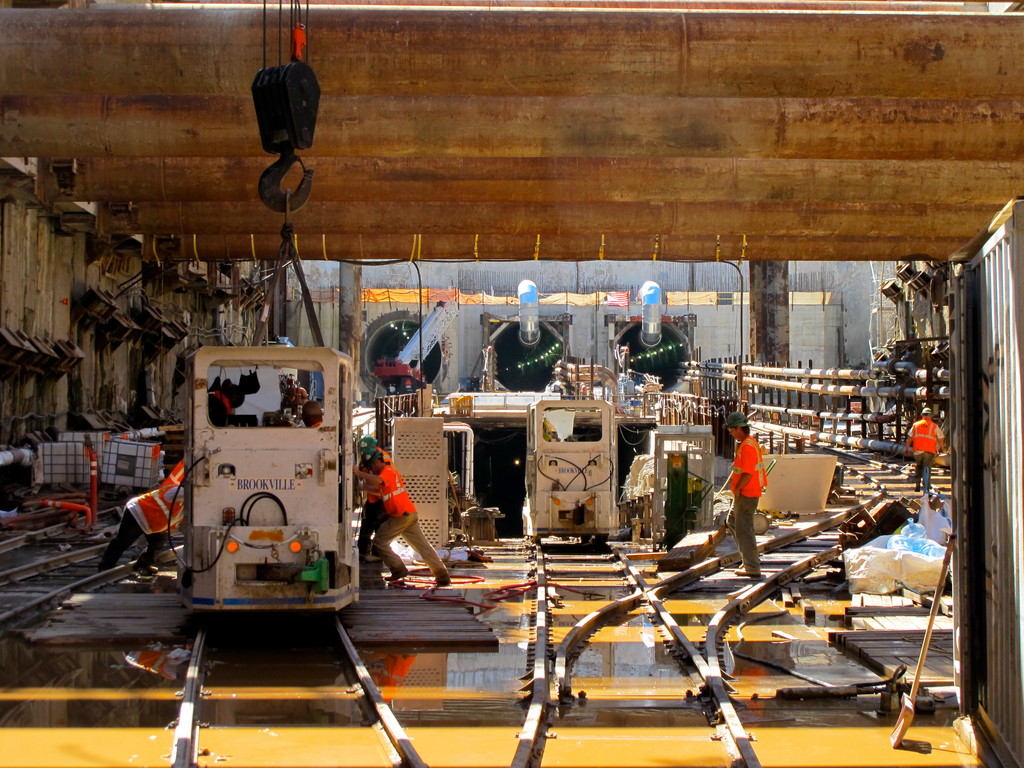 Workers at the Queens site loaded curved sections of tunnel wall onto railed transport vehicles. Digging on all four tubes was slated for completion in mid July.
Chris Connolly 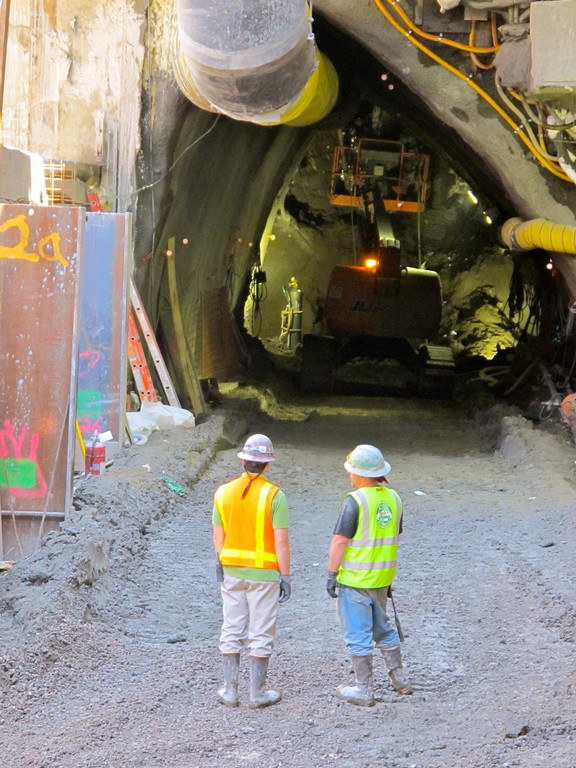 The final tunnel connecting the Queens and Manhattan sides of the ESAP is slated for breakthrough on July 16. What’s next for the largest ongoing public works project in the country?
Chris Connolly
By Chris Connolly

Nearly 200 feet below the hallowed clock in Grand Central Terminal, below the Oyster Bar, the periwinkle blue ceiling depicting the constellations and the millions of bustling feet, is a world few people imagine. This is the realm of the Sandhogs, a storied union more than 100 years old whose members tunnel, blast and burrow the holes in the ground into which surface-dwelling New Yorkers descend daily on their travels.

Theirs is a realm of loud noises and feeble lights. A steamy place where knee-high Wellington boots are de rigueur and a camera flash can send workers scurrying to avoid a wayward detonation. These men and women slosh from place to place, toting coils of hosing or piloting forklifts, through an ankle-deep, silvery slurry of drilling material and runoff. It’s a foreboding, gritty world, but it is not without its rewarding moments. One of those is set to occur on July 16.

Breakthrough
“We’re going to finish the middle tunnel, the final tunnel, on July 16,” said Dr. Michael Horodniceanu, President of MTA Capital Construction and an engineer with the East Side Access Project. “When that happens, I will be a very happy man.”

Although completion of the tunnel will not be the end of all excavation for the ESAP, Horodniceanu said the occasion would represent a landmark. “First of all, the Sandhogs are always in a celebratory mood,” he laughed. “So when they break through in a safe manner, they all stop and have a big cheer. They’re hardworking people who’ve been doing this for over 100 years. It’s really a tough job. You’re underground. You’re blasting. It can be dangerous. So when we broke through on Second Avenue, we had an event — on 63rd Street, too. Everyone comes and takes pictures.”