Creation of a Coastal Conservation District is being considered 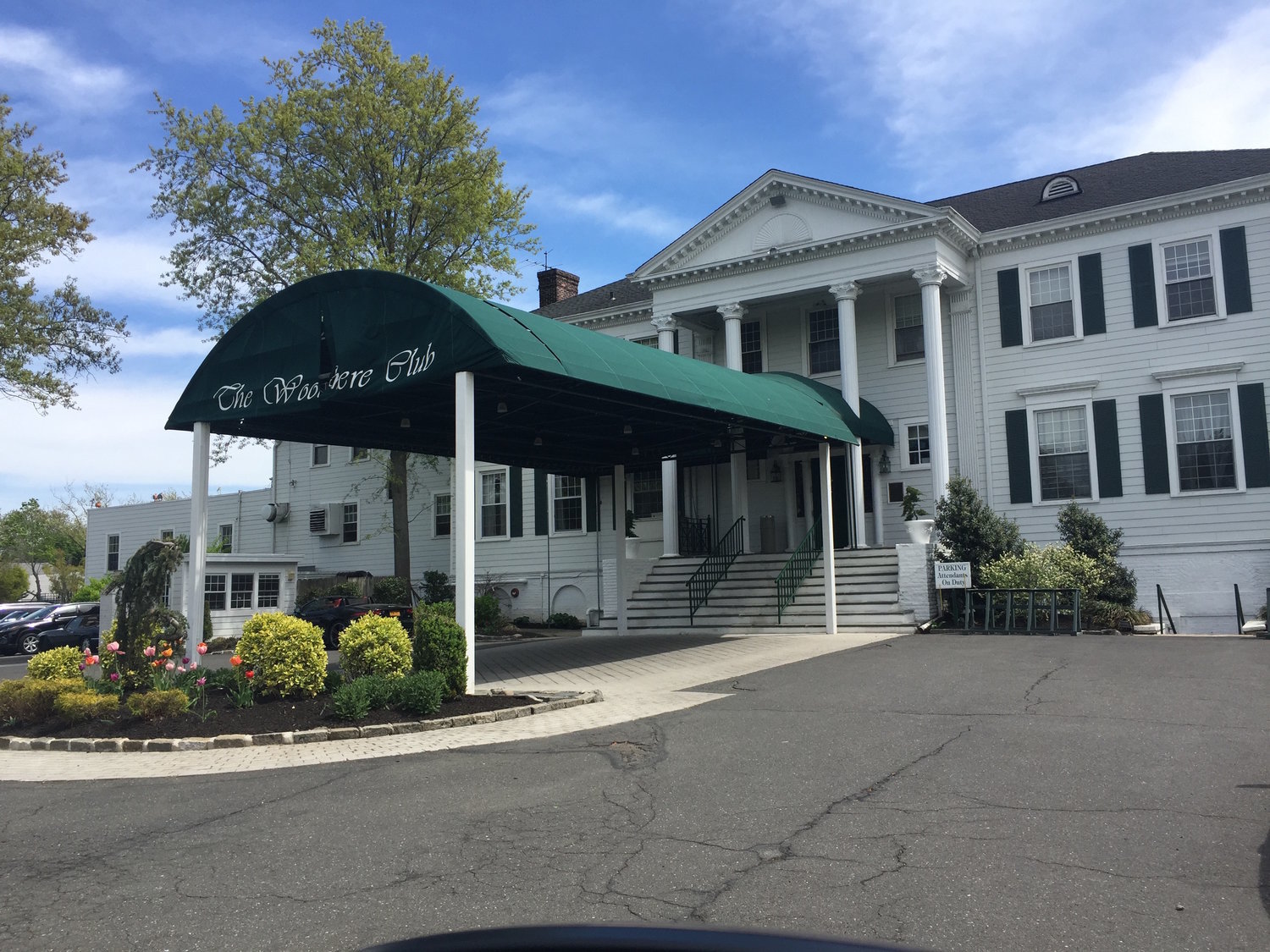 Future development of the Woodmere Club could be altered by the creation of a proposed Coastal Conservation District.
Jeffrey Bessen/Herald
Woodmere Club hearings, public comment

For information on Tuesday’s hearing, which will be live-streamed at 7 p.m., go to https://hempsteadny.gov/. Town hall is at 1 Washington St. in Hempstead.

To submit a comment on the draft environment impact statement, send it to willowseqr@nassaucountyny.gov or in writing to: Nassau County Planning Commission, 1194 Prospect Ave., Westbury, N.Y. 11561, Attn: John Perrakis.

Circle June 23 on the calendar, and not just for the congressional primary. Next Tuesday there will be a public hearing in Hempstead Town Hall, and online, on a proposed Coastal Conservation District that, if approved, would have a substantial impact on the planned Woodmere Club development.

The district would be created by an intermunicipal agreement between the town and the villages of Lawrence and Woodsburgh, with the aim of enhancing and maintain the nearby coastal area’s natural resources. Woodmere, where a majority of the development could occur, is a hamlet within the town’s jurisdiction.

If approved, the new zoning district would divide the 118-acre Woodmere Club property into three “subdistricts.” An 83.3-acre parcel, or 70 percent of the site, would be designated an open space/recreation subdistrict.

“I think this proposal is going to allow us to work with the developers in order to make the proper zoning requirement that they’re looking for in order to avoid excessive housing in the neighborhood,” Lawrence Mayor Alex Edelman said. “Because it’s important for us to do it the right way. The proper conservation will protect some of the coastline we have and make the drainage situation better than it is, and hopefully certainly not make it a lot worse. This is a very important process for us.”

As things stands now, 284 single-family homes — the proposed Willow View Estates — would be built on 114.5 acres of club property by its owners, developers Efrem Gerszberg and Robert Weiss. The plan calls for 247 homes within Woodmere’s boundaries, 24 in Woodsburgh and 13 in Lawrence.

The subdistricting of the Coastal Conservation District would drastically pare down the development to 59 residences, 41 in the Town of Hempstead and 18 in Lawrence and Woodsburgh.

Gerszberg was more than perturbed by those potential changes for the 112-year-old club’s property, which he and Weiss purchased in 2017 for just over $9 million, agreeing as well to pay nearly $15 million in debt that the club had amassed.

Late last year, a large majority of its members voted to join the Seawane Country Club in Hewlett Harbor. As of now, golf lessons and tennis are continuing at the Woodmere Club, and, according to Gerszberg, the gym and indoor facilities will reopen as soon as coronavirus pandemic protocols allow. But the club will close for good at the end of October.

Citing potential litigation, Gerszberg declined to comment, other than to say that a letter detailing his and Weiss’s opposition to the creation of the Coastal Conservation District would be read into the record at Tuesday’s public hearing.

Woodsburgh Mayor Lee Israel said that the district would regulate development to protect the “safety, health and welfare of our community and preserve natural and historic resources.” Conversations between the municipalities and the developers have not taken place, Israel added, because of continuing litigation.

“The owners have sued the village twice already, and repeatedly threatened further lawsuits if the village does not do as they request,” he said, referring to Gerszberg and Weiss. “Is it any wonder that we have not had any recent substantive conversations with the owner[s]?”

The Five Towns Civic Association, the grass-roots organization that grew out of several residents’ opposition to the development of the Woodmere Club, has endorsed the creation of the new district. “This plan was put forth after significant study and also has a complete environmental assessment covering the same basic areas of the developer’s impact statement,” the group wrote in an email to members. “It also includes its own traffic study. In essence, it indicates that based upon all the information and studies done by the Town of Hempstead, this zoning amendment would allow for the preservation of the residential nature of the communities, complement the character of the surrounding three [municipalities], protect sensitive environmental and cultural resources as well as insure vital services and traffic are not adversely impacted for the existing residents.”

Rena Saffra, a 5TCA member, added, “We appreciate the steps taken by our elected officials to undertake a comprehensive review that provides substantive data and traffic studies that negate wholesale development of pristine open space that has become more essential during this pandemic.”

Edelman said there had not been any previous dialogue with Gerszberg and Weiss, but the town and villages wanted to talk.