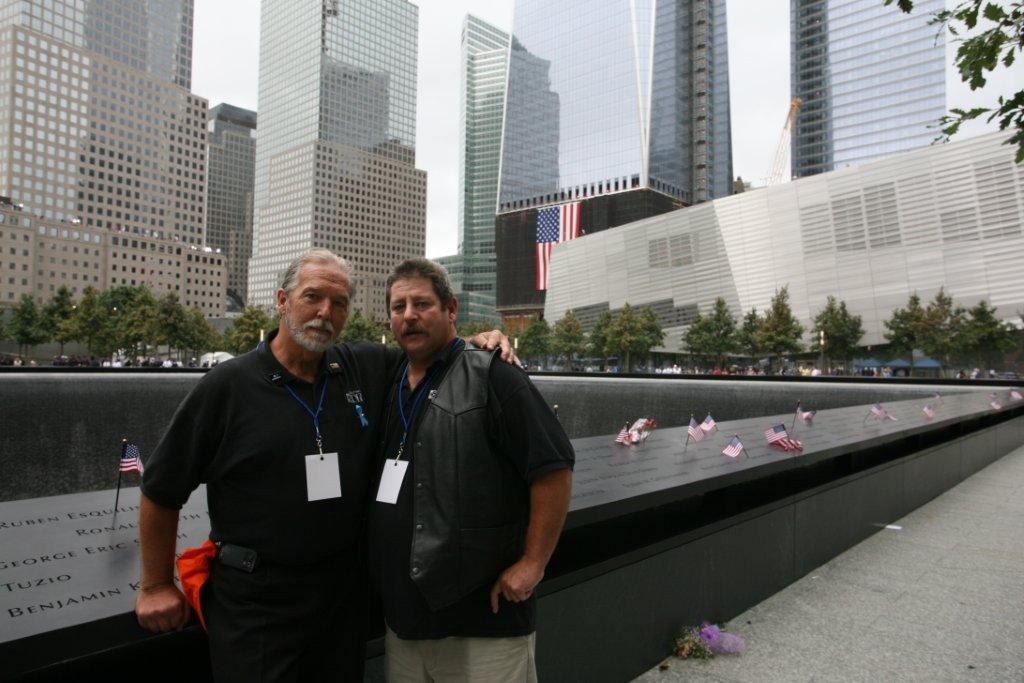 Kaczorowski worked the 4 p.m. to midnight shift with friend Mike Kenny at Ground Zero. Together they visited the National September 11 Memorial & Museum on the 10th anniversary of the attacks.
Courtesy Charles Kaczorowski 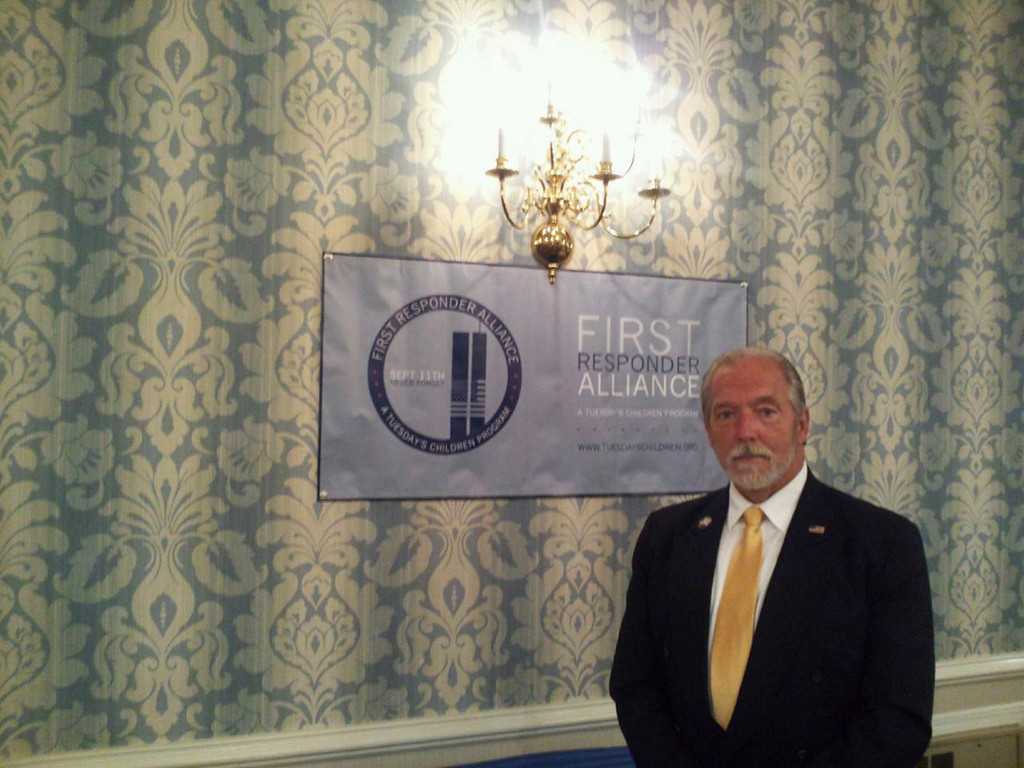 As a result of his time spent at The Pit, Kaczorowski, 63, now suffers from a number of respiratory illnesses, including COPD, RADS and asthma.
Courtesy Charles Kaczorowski 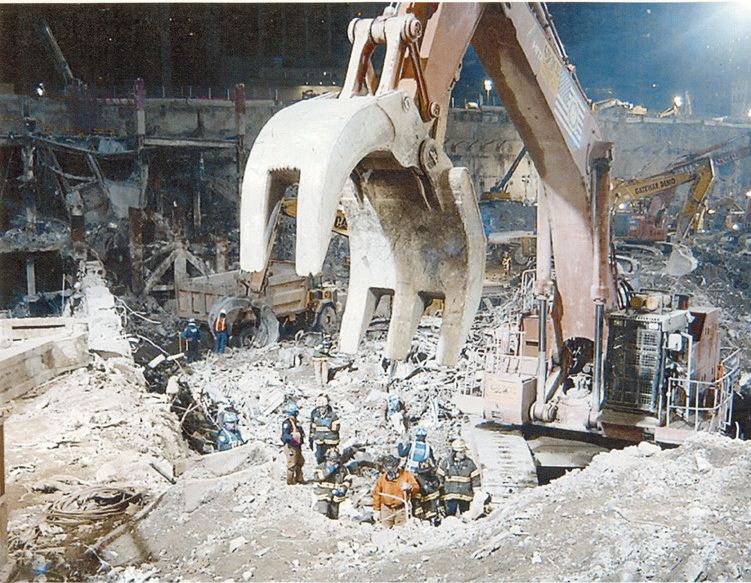 It took 10 months to clean up “The Pit” at Ground Zero. Kaczorowski oversaw the graveyard shift throughout the cleanup and documented the experience with photos.
Courtesy Charles Kaczorowski 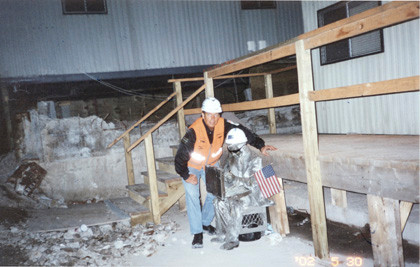 Ground Zero workers brought over a statue that had been on a nearby street as a reminder of those who died on Sept. 11, 2001.
Courtesy Charles Kaczorowski
Previous Next
By Lee Landor

He was heading from his West Hempstead home into lower Manhattan on the morning of Sept. 11, 2001, for an 8:30 a.m. meeting in the concourse of World Trade Center 2; his train ran late and Kaczorowski only emerged from the Church Street subway stop at 9:06 a.m., three minutes after United Airlines Flight 175 crashed into the south tower.

As Kaczorowski, a construction project manager for the New York City Department of Design and Construction, walked up the stairs, dozens of people rushed past him down into the subway station. He reached the sidewalk, right behind Saint Paul’s Chapel and across the street from the north tower, where he heard people screaming, shouting that “a plane hit the building.”

Soon after, Kaczorowski, 53 at the time, saw the destruction raging from the twin towers above and the gore unfolding below them — details he declines to discuss. At 9:59 a.m., when the south tower began to collapse, the Vietnam veteran had a visceral reaction.

“When I heard it come down, I saw it start, I went into combat mode and … started running like hell,” Kaczorowski said. Working in and around the World Trade Center for 35 years — including a period of time in 1989 when he had an office on the 106th floor of the south tower — Kaczorowski was familiar with the area. He ran about six blocks to Chambers Street, and found cover under a staircase in the lobby of a nearby building.

He tried to call his wife, Marge, from his cell phone but was unable to get through. He knew she would be worried because that morning he told her he was heading to the World Trade Center for a meeting. Usually, Kaczorowski boarded the train and headed to the DDC headquarters in Long Island City, Queens, and from there was dispatched to other areas of the city. As he fiddled with his phone, he saw the dust cloud barrelling down the street toward him and headed back inside.