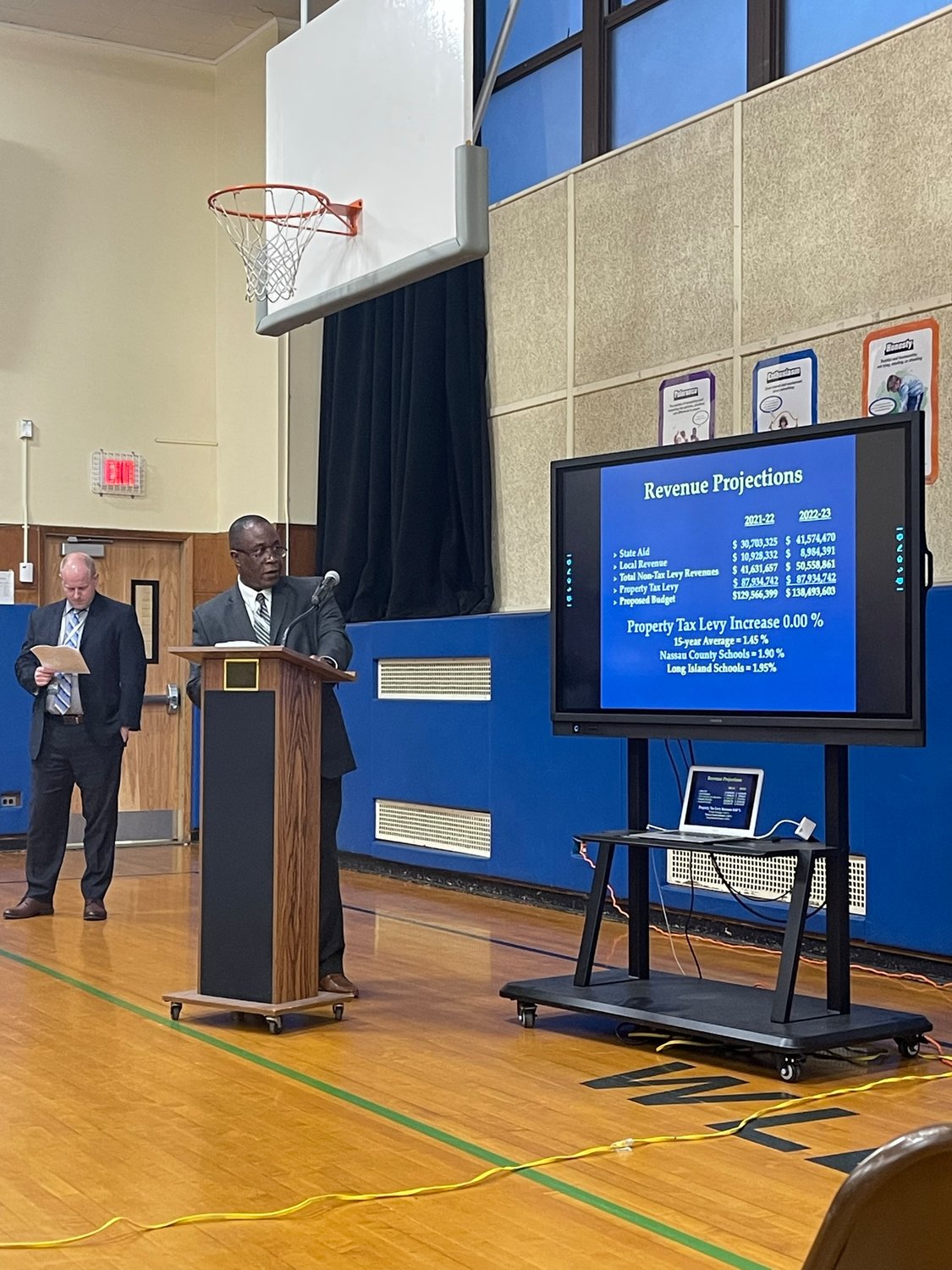 The proposed operating budget for the Valley Stream Central High School District is roughly $138 million for the 2022-23 school year. The proposed tax levy remains un-changed, with the amount of money raised by property taxes staying at roughly $87.9 million.
Spending will rise by around $8.9 million, a 6.89 percent budget-to-budget increase. Central High administrator credit the nearly $11 million increase in state aid, totaling $41.5 million, for the ability to increase spending while maintaining one of the most significant sources of revenue the same.
In addition, two propositions for capital reserve fund expenditures will be on the ballot. Proposition one earmarks a maximum of $4 million from the existing fund balance for the installation of air conditioning, including all associated labor, materials, equipment, apparatus and incidental costs. The second proposition earmarks a maximum of $5.9 million from the capital reserve fund for the installation of artificial-turf fields at North and South high schools.
The vote is May 17.