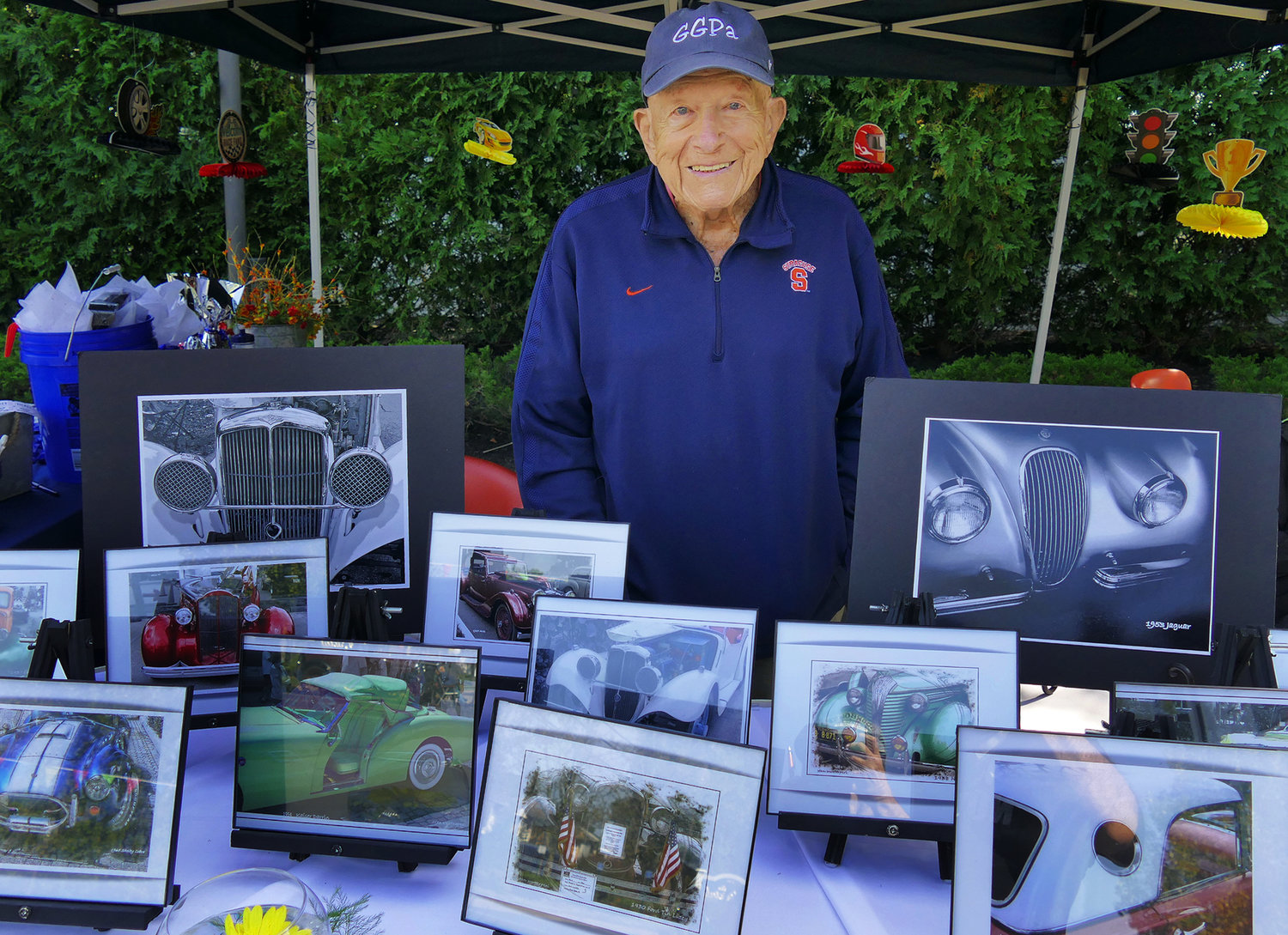 Stanley Mutterperl, a resident living at The Bristal in North Woodmere, has a soft spot for antique cars, having taken dozens of photographs of them during his life.
Courtes Joe Abate 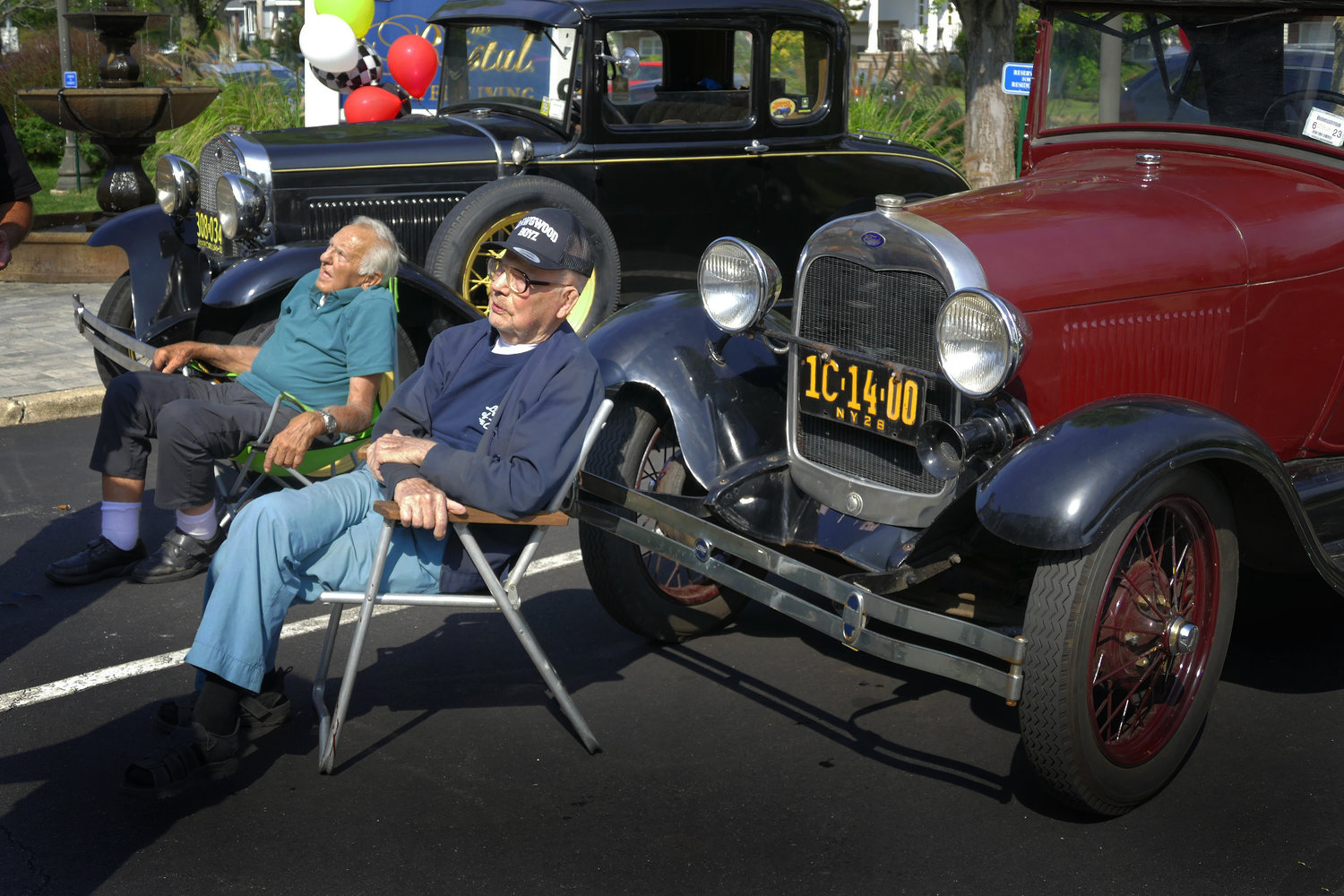 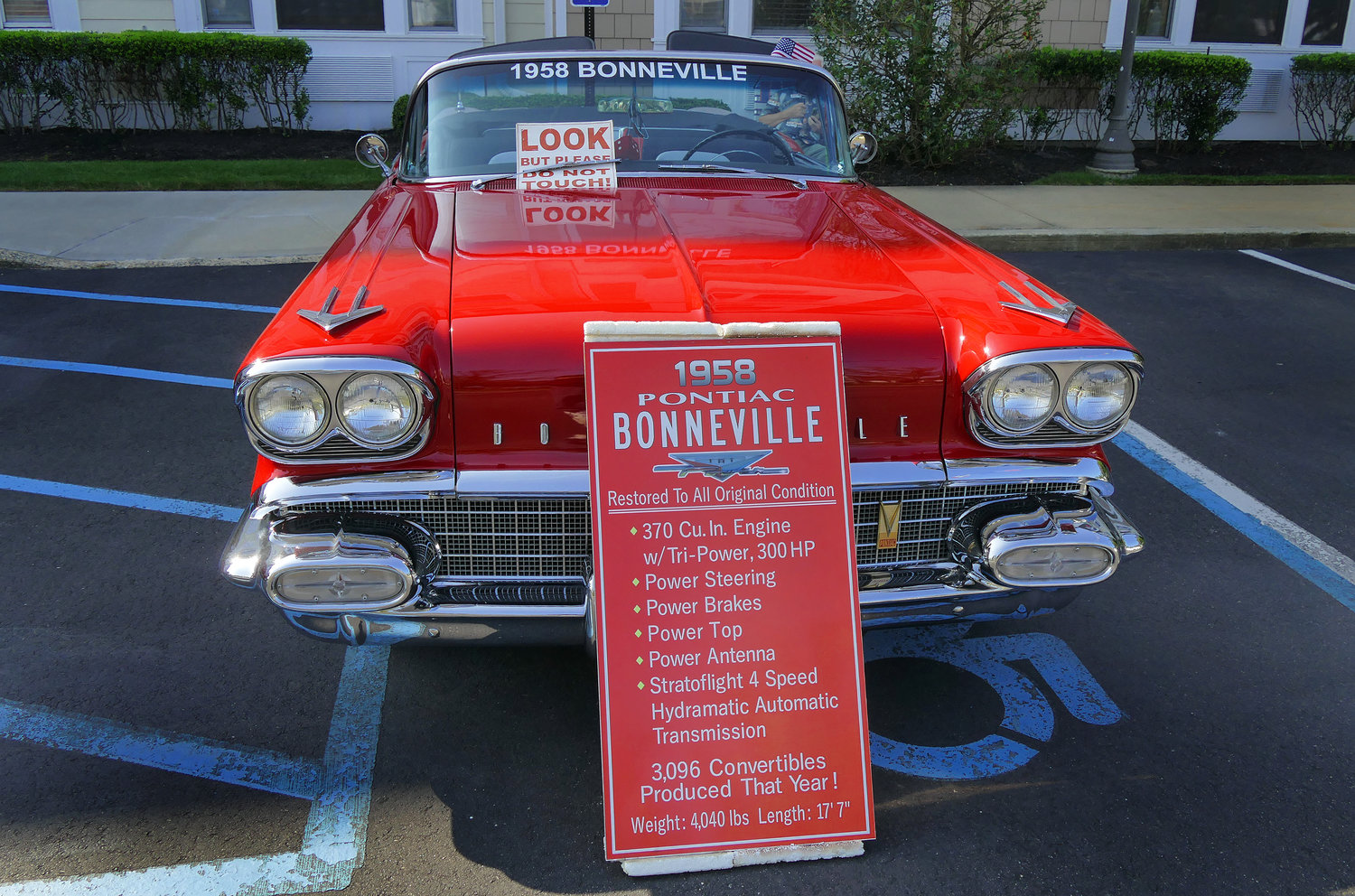 The Bristal Assisted Living facility at North Woodmere kicked off its inaugural annual car show last week with a line-up of antique and classic cars for the residents to enjoy.
Courtesy Joe Abate
Previous Next
By Juan Lasso

It all started with a conversation between Steve Arons and Stanley Mutterperl about classic cars. Mutterperl, who lives at The Bristal Assisted Living at North Woodmere, stumbled into a late-life passion project when his son gave him a retirement gift: a black and white film camera. He told Arons that soon enough, he took to taking photographs of antique and classic cars during his many years in Florida.

“For me, these antique cars are works of art. They were handmade,” said Mutterperl. “There's a certain feature about them as opposed to the mass-produced modern cars of today.”

Krieger, the director of community relations at the facility and head of the Men’s Club, knew Mutterperl wasn’t the only man at the facility with a love for retro rides. “He said he we would really love to be able to get more men at the Men’s Club that are involved with cars,” said Arons.

Arons knew a thing or two about custom cars, having come from a family that runs custom car shows throughout the Northeast, so he decided to use his connections to call up various car clubs who’d be willing to bring their antique and vintage cars for a show at the facility.

And sure enough, they did. A line-up of antique cars, in pristinely kept condition, took over the parking lot of the Bristal home last Saturday morning to the enthusiasm of Mutterperl and residents who stopped by to take a look.

Car enthusiast Bob Gunther of Valley Stream was there to showcase his 1931 Ford Model A. The car was a huge hit in the early 1900s until its successor, the Model B, came on the market with its new four-cylinder engine, marking the end of the line for Model A.

Now, antique car lovers like Gunther enjoy owning and riding around town in this special piece of history.

“It’s a fun hobby,” he said. It’s so fun, in fact, he couldn’t do with just owning one vintage Ford automobile. “I have five of them — two Ford Model A’s and three Ford Model T’s,” said Gunther.

“More often than not people have a smile on their face when they see these old cars,” said Gunther. “They reminisce that their father had one. And we’ve been talking to these old-timers who live at this complex and they had these cars. They’re wonderful.”

Car enthusiast Richard Creeron was also there to show off his Ford V8. “The original owner had it sitting in his garage for years and was unable to do anything with it,” said Creeron. “I got it going for him and after I got it going, he wanted to sell it to me. But he wanted too much money: I’m Scotch.

“So I found a willing buyer from a guy in Hewlett, but he didn’t last. So the owner sold it to another man, and I bought it from him, but definitely not at the original price.”

Creeron is no stranger to his antique cars before they were even considered antique, having had about five Ford V8s throughout his life, owning his first one by the time he was in the eighth grade.

In the middle of the car show, sat 97-year-old facility resident Harriet Hirschhorn on a bench, taking in the scenery. “I’m loving the car show,” said the near centenarian. “I got to look around, and I’m sad as hell that I never drove a car in my life. But I think the cars are great.”

Arons says given the warm reception by the residents; the inaugural car show will likely be an annual tradition. He’s already making plans to expand the show come next spring with more cars, more visitors, and more fun.

Have an opinion about the car show? Send an email to jlasso@liherald.com.