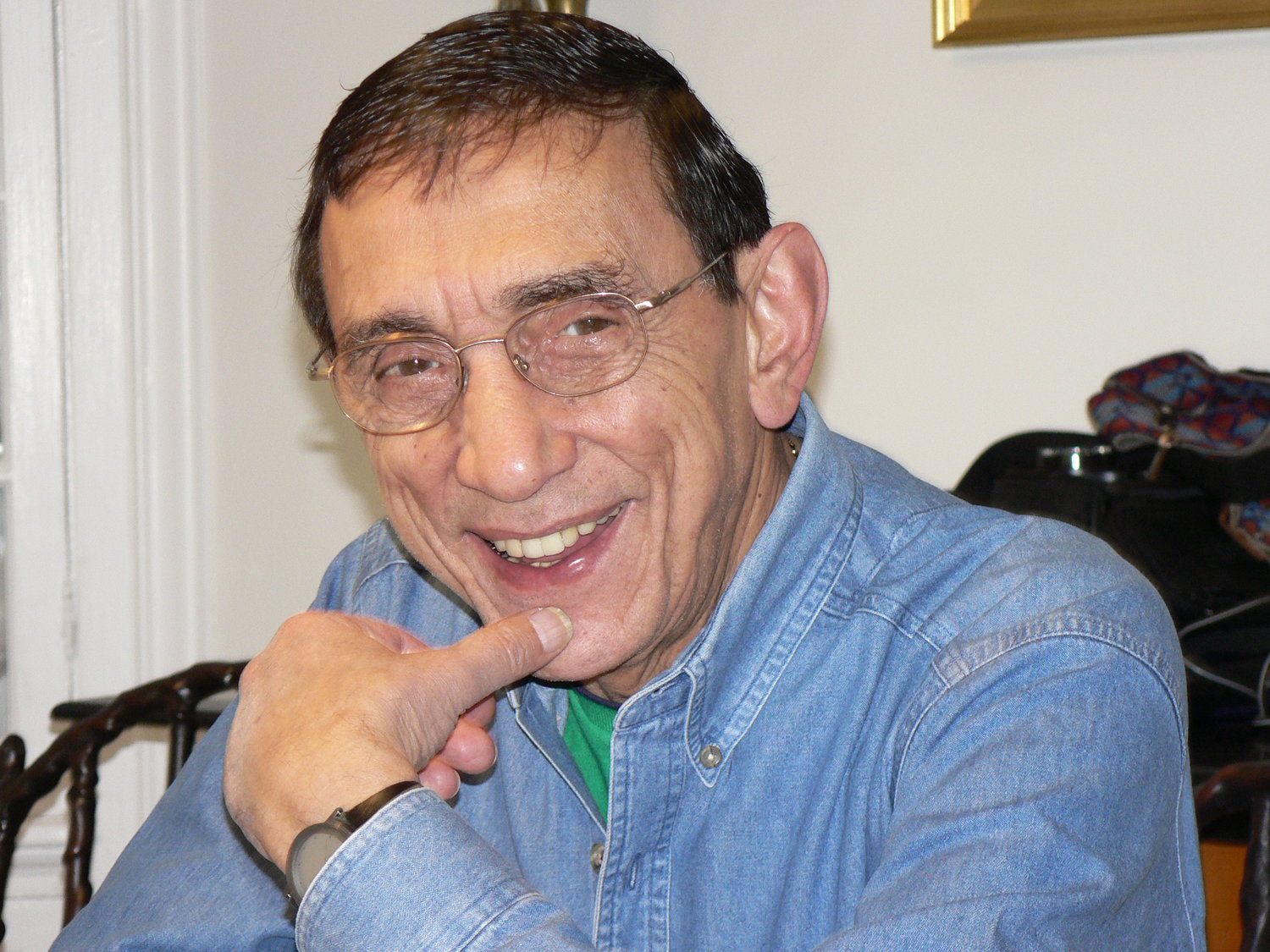 At 90 Phillip Ritzenberg still had a full head of jet black hair and was swinging a sledgehammer to split firewood outside his Woodmere home. Later he felt a pain that was diagnosed as cancer.

Born in Cleveland on June 22, 1931 to Jack and Gertrude Ritzenberg, he began his ink-stained career early working in his father’s print shop. “Helping set block type by hand and otherwise learning how to put words into print,” his son, Jeremy Ritzenberg wrote, who called his father “the consummate newspaperman.”

The academically rooted Ritzenberg graduated from Case Western Reserve in 1953 and earned a Fulbright scholarship and studied at the University of Berlin from 1953 to ‘54. He had enlisted in the Navy while at Case and after his studies served his country starting as an ensign and leaving as a full lieutenant on the USS Midway aircraft carrier. Ritzenberg was also an intelligence reserve officer out of Floyd Bennett Field. Promoted to commander in 1967 he retired from the Navy six years later.

From his college newspaper to the Cleveland Press, the World Telegram and Sun, World Journal Tribune, Ritzenberg then joined the New York Daily News where he led the conversation from hand-set hot lead to computerized typesetting before being promoted to assistant managing editor in charge of the paper’s design.

In 1955, when his ship docked in Cape Town, South Africa, Phil’s future wife, Edna Heneck, appeared at the ship for a tour. After two days together there, they exchanged letters for a year before Phil hitchhiked Navy planes to meet Edna in Naples, Italy where they married. First stop was the Norfolk naval base, onto Cleveland and then Woodmere, where the couple settled, raised two sons and were together for 66 years. Congregation Sons of Israel, where he served as president, and Congregation Beth El, both in Woodmere, were their synagogues.

Ritzenberg left the Daily News to become the publisher of Jewish Week in 1982. Applying what Jeremy called “the high journalistic standards honed through his career,” he transformed that publication. A decade later, he turned to in independent consulting redesigning newspapers and conducting workshops across North America from New York to Saskatchewan and many more in between. Ritzenberg also did design work for Herald Community Newspapers.

His university lectures were acclaimed that promotional posters contained only one line: “What would Phil Do?” Ritzenberg also co-founded the Society for Newspaper Design. He received the organization’s lifetime achievement award in 2008. He applied his design eye to create numerous collages.

“Phil’s work as a design editor also led him to the artistic discipline of collage,” Jeremy wrote. “Working with various design elements, found objects and newspaper scraps to create countless work of collage, including collages which have been featured in shows at various local venues and which continue to be displayed.”

He is survived by the love of his life, Edith “Edna” Ritzenberg, sons Jonathan and Jeremy, daughter-in-law Jill Scirpo, grandchildren Jack and Julia, sister Betty Davis and brother Robert Ritz.

Ritzenberg was accorded full military honors during a memorial service at Boulevard-Riverside Chapel in Hewlett on May 29.