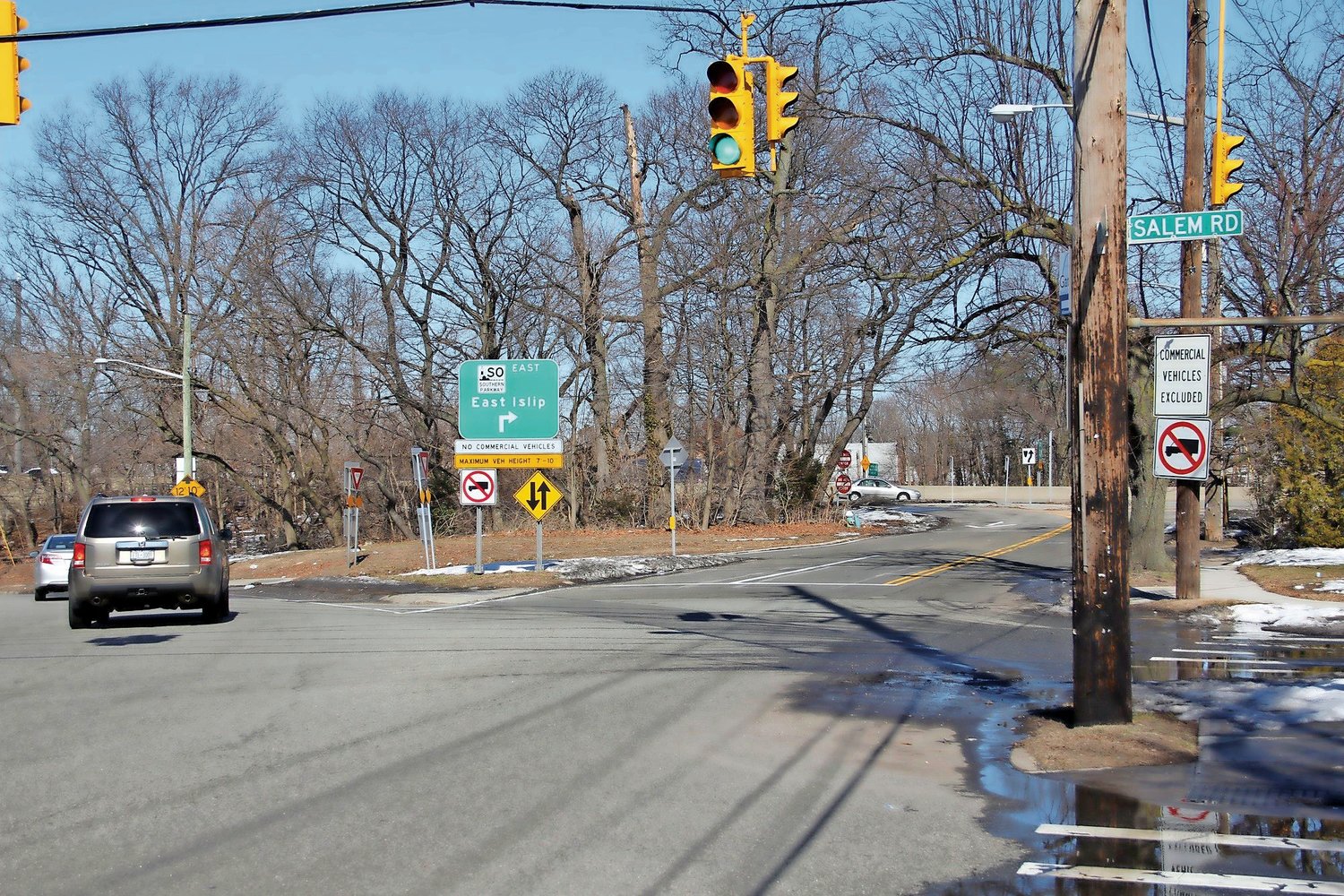 The state Department of Transportation has two years to study all of the Southern State Parkway’s exit and entrance ramps, including this one at Exit 13.
Christina Daly/Herald
By Melissa Koenig

A bill introduced by Assemblywoman Michaelle Solages, and signed into law by Gov. Andrew Cuomo in December, gives the New York State Department of Transportation two years to study the configuration of all of the Southern State Parkway’s exit and entrance ramps, and provide state officials with a report on how they could be improved.

“We want to give them enough time,” said Solages, a Democrat from Elmont, of the study period.

Under the new law, the DOT would have to work with Nassau and Suffolk counties, which have jurisdiction over the exit and entrance ramps, to study the signage and configuration of each ramp from Elmont through Heckscher State Park. After the two-year study period, transportation officials are slated to present their findings to the speaker of the Assembly, the Senate leader and the governor to ensure accountability.

Solages, and former State Sen. Kemp Hannon, a Republican from Garden City, introduced the bills in their respective houses in March 2017, and Gov. Andrew Cuomo signed it into law on Dec. 7. Solages said that she decided to introduce the bill because of traffic concerns at Exit 13, which separates North Valley Stream from Elmont at North Central Avenue and Stuart Avenue. Many students who live south of the parkway attend Elmont High School, which is about a half-mile to the north.

The exit is frequented by congregants of the Masjid Hamza Islamic Center of the South Shore, students and staff at the Hamza Academy, students at Alden Terrace School and congregants of the Valley Stream Baptist Church. The mosque alone draws thousands of Muslims for weekly prayers on Friday afternoons, and hundreds of Muslims who attend daily prayers at sunrise and sunset, according to Nayyer Zubair, a congregant at Masjid Hamza.

In 2014, Mohamed Tarek, a 14-year-old Elmont High School student was struck by a driver who was trying to move into the eastbound lanes of the Southern State, leaving him in a coma. Since then, accidents and near-crashes have occurred regularly, according to Zubair, who lives in Valley Stream. He said that some of his close friends were almost struck there, telling the Herald in November, “Navigating that intersection has been a challenge for everyone.”

The problem with the ramps and associated intersection, according to Elmont Schools Superintendent Al Harper, is the presence of a blind corner where cars are speeding, and Elmont High School students are walking along a narrow sidewalk.

To make the situation worse, Zubair said, there is a lack of adequate lighting and traffic signals at the intersection. Additionally, he said a left-turn signal is “desperately” needed at the location.

Karim Mozawalla, a trustee at Masjid Hamza, added that there should be better signage and an electronic speedometer sign because, he said, “cars are going really fast.”

Mozawalla and Harper expressed gratitude that the bill was passed, however, saying that they believed it was a good start.

“It’s something that’s much needed,” Mozawalla said, “and has been needed for a long time.”